Since antiquity, humans have adorned their homes with aesthetic objects and structures to express their individuality and culture. Humans have also been fascinated with ancient world aesthetics. The whimsy, the folklore, the grandiosity, and the sophistication of ancient aesthetics make them a perfect match for your new home.

If you are fortunate enough to design your new home and have the means, you will be uniquely positioned to bring some ancient world magic into your home.

Here are six ways to bring ancient world aesthetics into your new home.

The iconic columns in Greek and Roman ruins scattered throughout southern Europe are the quintessential ancient world aesthetic. These vast structures have a presence about them that is majestic and mythical. It's as if those columns would elevate the building close to the ancient Greek mythical gods.

Doric columns originated in around 700 BC from the Doric region of Greece. These columns are shorter in stature and wider with the simplest designs and the typical flutes around the column. In addition, doric columns are distinct in that they don't have a typical base like other Greek columns.

Ionic columns originated around 600 BC from the Ionian region of Anatolia (modern-day Greece). These columns are narrower but stand taller and have a base at the bottom. The capital of the column (the top part) of the Ionic variety comes with two opposing scrolls. This design is what distinguishes them from other columns.

Corinthian columns are the newest variety of Greek columns, originating around 450 BC from the Greek state of Corinth. These columns have the most intricate and ornate designs as opposed to the straight lines we see in the older columns. Because of their intricate designs, these columns are better used for more grandiose entrances and mansions.

For more on the history of ancient Greece, check out learning-history.com.

These columns represented the strength, order, and stability of the Greek democracy - as strong pillars held up the structures of the democratic society.

2. The Mashrabiya or Jaali Lattice Design

Another old-world design is the Mashrabiya (also known as Jaali) lattice design. These geometric patterns are carved hollow into a lattice to allow light in through the ways to make beautiful light and shadows. These lattice structures would be placed outside a window or balcony in ancient Islamic palaces and mansions.

These lattice designs provide some of the most magnificent play on light and shade onto the walls where the sunlight would peer through. Some examples of this design element can be found in the Alhambra palace in Granada, Spain, the Taj Mahal in India, and several mosques and palaces across the Islamic world.

This is because geometric patterns were revered during the golden ages of Islam, giving us some of the most magnificent structures with these lattice designs. 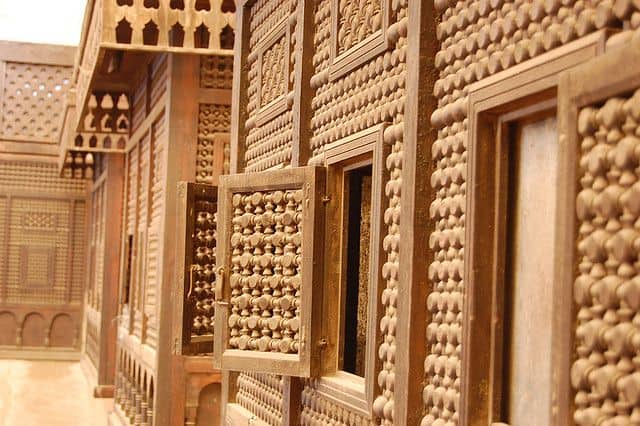 These lattices were used as a cooling technology where the breeze from outside would come through, cooling off vessels of water to vaporize the water and cool the interior. Alternatively, these Jaali prints would also allow privacy for women inside to look out their windows to take in the views of the outside without anyone seeing them.

The royalty of Alhambra used the cascading light and shade from these lattice designs as a form of security where an intruder with ill intentions couldn't attack the king as the light play would throw off their visual targets.

This design element is an excellent choice to incorporate into your new home. For example, if you have a long sprawling hallway or a staircase with a large window to the outside, these lattice designs on the window pane will give your hallway or the stairway that 'stun'!

On the other hand, these lattice designs are perfect for your garden as well. You can also use this design to create partitions between two spaces requiring privacy from one another, yet you would like to avoid the air and light flow from being blocked.

Historic architecture has always been an intricate play between nature and the structure that protects us from the elements of nature. As people didn't have modern amenities like electricity or heating and cooling, homes were designed to maximize the benefits of the climate and create warm living spaces that would keep people safe. This is another inspiration to bring ancient historic aesthetics into your home - an homage to how housing design has evolved.

Looking at ancient civilizations, you will note the emphasis on sculptures and vessels in people's homes. The vessels had utility like reservoirs for water or wine, and the sculptures often had religious, political, or cultural significance. The evidence is in museums across the world. This is another excellent, affordable way to bring ancient-world aesthetics into your home decor. From the statue of David to the Roman empire sculpture replicas to the Egyptian pharaoh statues and the ornate vessels inspired by them, these are all beautiful design elements that you could incorporate into your living room, garden, bathroom, or any room.

4. Fountains Inspired by the Ancient World

From European dynasties to the hanging gardens of Babylon to the Mughals and from the Roman Empire to the Greek dynastic democracies, all civilizations have demonstrated their love for fountains. Water supply was such a matter of opulence that the abundance of water was something members of these civilizations would display with glee and pride. 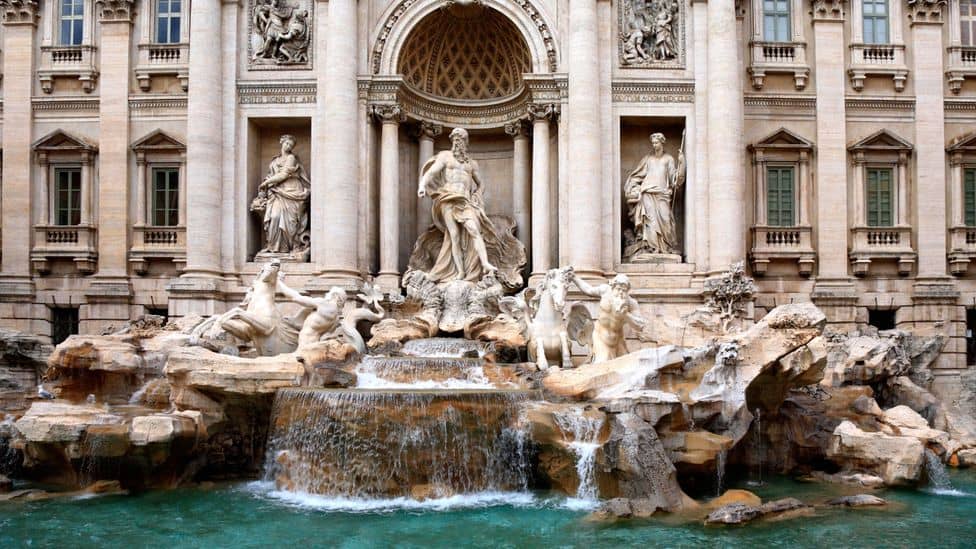 Fountains inspired by the ancient word aesthetic are another design element you can bring to your home. For example, you can place a bird bath or fountain near the entrance to add curb appeal if you have a large front lawn.

Alternatively, you can also have Roman statue fountains tucked away in different parts of your back garden to bring some ancient-world vibes.

5. Wall Murals and Paintings Inspired by the Ancient World

Had no television or social media. However, those who could afford to, would use the walls of homes to express their love for arts, culture, and storytelling.

Homes in the ancient Roman empire often hung murals or painted the walls depicting different scenes as part of their home decor. 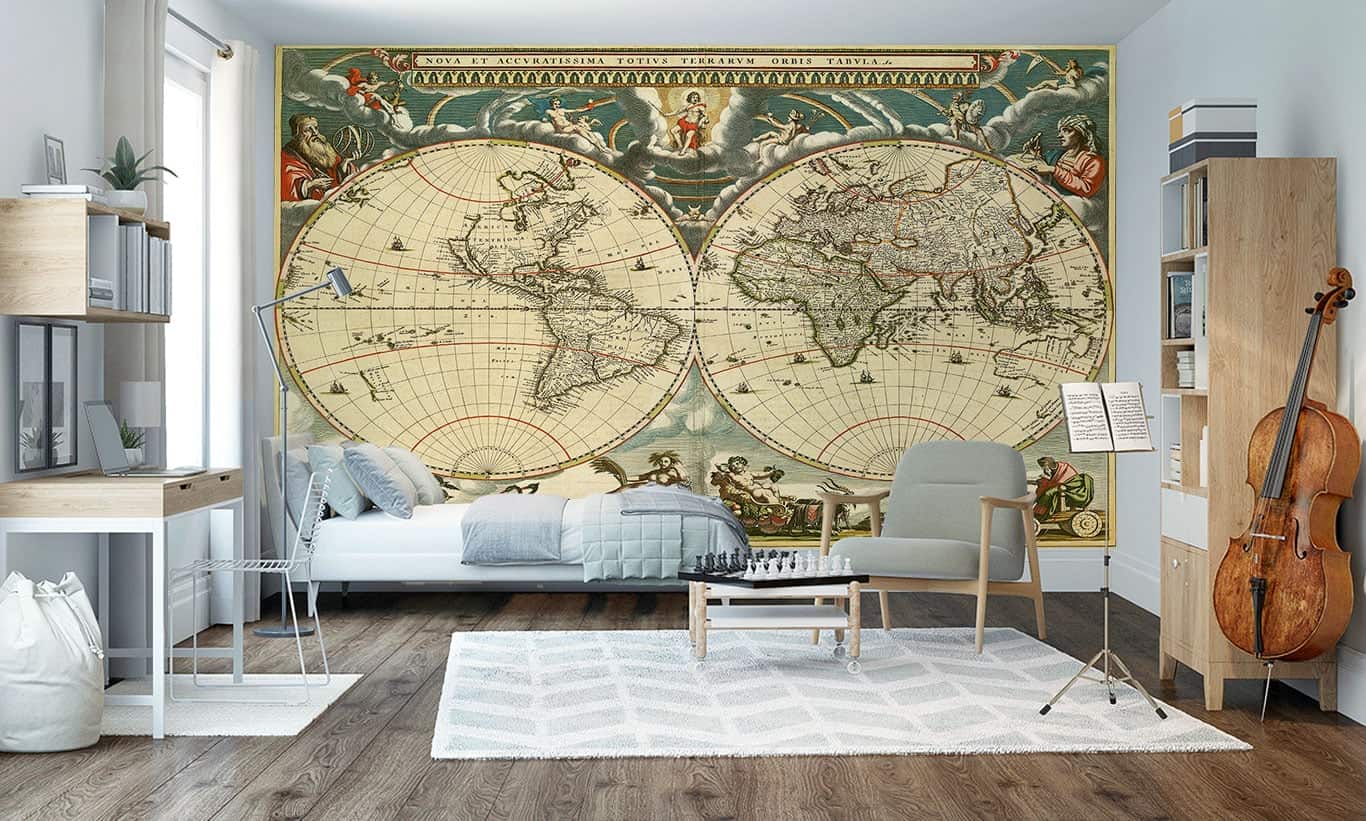 Dating further back, ancient Egyptian civilizations had engravings and paintings on their walls to describe historical events and as a form of storytelling.

You could bring those charming murals and paintings to adorn your walls in your new home to bring some old world aesthetic.

This is an excellent way to bring visual interest to a feature wall or your entryway wall.

The ancient Roman, Greek, Egyptian, European, Chinese, and Indian civilizations made great use of their flooring for artistic expression.

Again, you will see how humans throughout history used every surface in their homes to express their fondness for culture and art. Why not bring some of that magic to your new home? It is your home, and every corner should reflect your individuality, taste, and artistic expression.

You could work with a mosaic artist to create mosaic tile art for a floor focal point or source a unique carpet to express your love for the old world aesthetic.

Whether you are a history buff, or you like the interplay of nature and marvels of artificial structure, or if you simply like the connection it brings to your ancestors, ancient world aesthetics is something you will love waking up to every morning. At the very least, it will remind you of the vastness of human civilization and, in comparison, the worries that trouble you will appear so small and, therefore, easy to solve.

So, go on, explore the ancient world and inspire yourself with some of the gorgeous aesthetics that could then be brought into your own sanctuary.