Controversial starchitect Frank Gehry has over the years developed tough skin. He has been accused of creating buildings that are objects of spectacle rather than functional spaces. He has been fired at for escalating project budgets; for over exploring: not knowing when to stop! But at 86; he is at his most fiercest! If you thought that the Guggenheim Museum that stirred the “Bilbao Effect” was his zenith or that Walt Disney Concert Hall was his ultimate con; then Fondation Louis Vuitton will make you think again. It is such ingenuity that earned him a spot in our list of the 40 Most Famous Architects of the 21 Century.

LVMH chairman Bernard Arnault was fascinated by the Guggenheim Museum when he visited Spain’s Bilbao. Beholding Gehry’s signature masterpiece he became convinced that no one else could fulfil his vision of a compelling public building that would surprise, delight and inspire – as the Centre Pompidou by Richard Rogers and Renzo Piano had done in Paris many years ago. With a site rich in architectural history as the Jardin d’Acclimatation in Paris’ Bois de Boulogne, Gehry was all set to iterate towards the next big thing in contemporary museum design. The result? Well, a massive nautical vessel with enormous glass sails – like nothing ever seen before!

It is easy to see that the architect was inspired by the soaring glass and steel structures of the 19th century; in particular the Palmarium (built in 1893 and demolished in 1934) that was a sanctuary for exotic flora and fauna. “The idea of using glass was a positive force in gaining support from the mayor of Paris,” Gehry comments, “and it was essential in making the Fondation a true Bois de Boulogne building, in the spirit of a children’s park.” Thinking of sails filled with wind propelling an ancient ship, the design team was able to come up with an object that fulfilled the dynamism and optimism that is characteristic of the architect’s work: only here, the swirling metal volumes of Bilbao are replaced by surprisingly sculptural glass sheets.

But how does the Fondation Louis Vuitton functionally work? It is essentially a building within a building. Gehry’s long quest to expose structural systems comes to fruition. First, 11 galleries that will house LVMH’s massive art collection were stacked into various blocks that are linked with corridors, stairwells and stashed gardens. Then, these arbitrary volumes were morphed to create what became popularly referred to as the “iceberg”. It is this assemblage of irregular volumes, clad in white panels of fibre reinforced concrete that is covered with the building’s most prominent form-giving element, the Verrière: composed of an unpredictable array of steel trusses and wooden beams that support overlapping curvaceous glass planes. It is this play, that the in-between spaces and the hovering forms above afford, that makes the transition from one gallery to another pretty delightful.

“My galleries are pretty damn good. They’re simple and not enfiladed, so the progression from one to another never feels monotonous. You always pass through a connective space with natural light.”

To observe Paris’ height restrictions in this particular context, the building was placed slightly below grade. Setting the tone of a sea by having a terraced waterfall on one end leading to a surrounding pool, the icebergs are metaphorically submerged. Having a 10 000 sqm site meant that the Fondation could have a generous public plaza that could double up as a 350 capacity multipurpose “auditorium” or exhibition space. This acts as a gateway to the entrance hall, a way finding lobby that features a restaurant and bookstore. From here, visitors are treated to framed panoramas of Paris’ vistas as they move between galleries all the way to roof-top gardens.

As with any classic work of Frank Gehry, the Fondation Louis Vuitton has been received with mixed emotions. Some Parisians feel it is a welcome addition in the ranks of the Louvre Extension by I.M. Pei; to what is the proverbial cultural centre the world – a building that will stimulate conversations for years to come. Others feel it is an act of monumental wastefulness by an architect who is used to getting his own way. Either way, it is irrefutable that the Fondation will stand as a testament of an all out architectural genius, a feat of hi-tech structural engineering. And maybe buildings that instigate varied responses from architectural critics and the general public alike are probably the buildings worth celebrating. 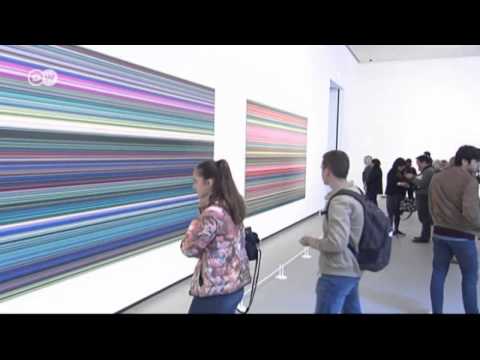