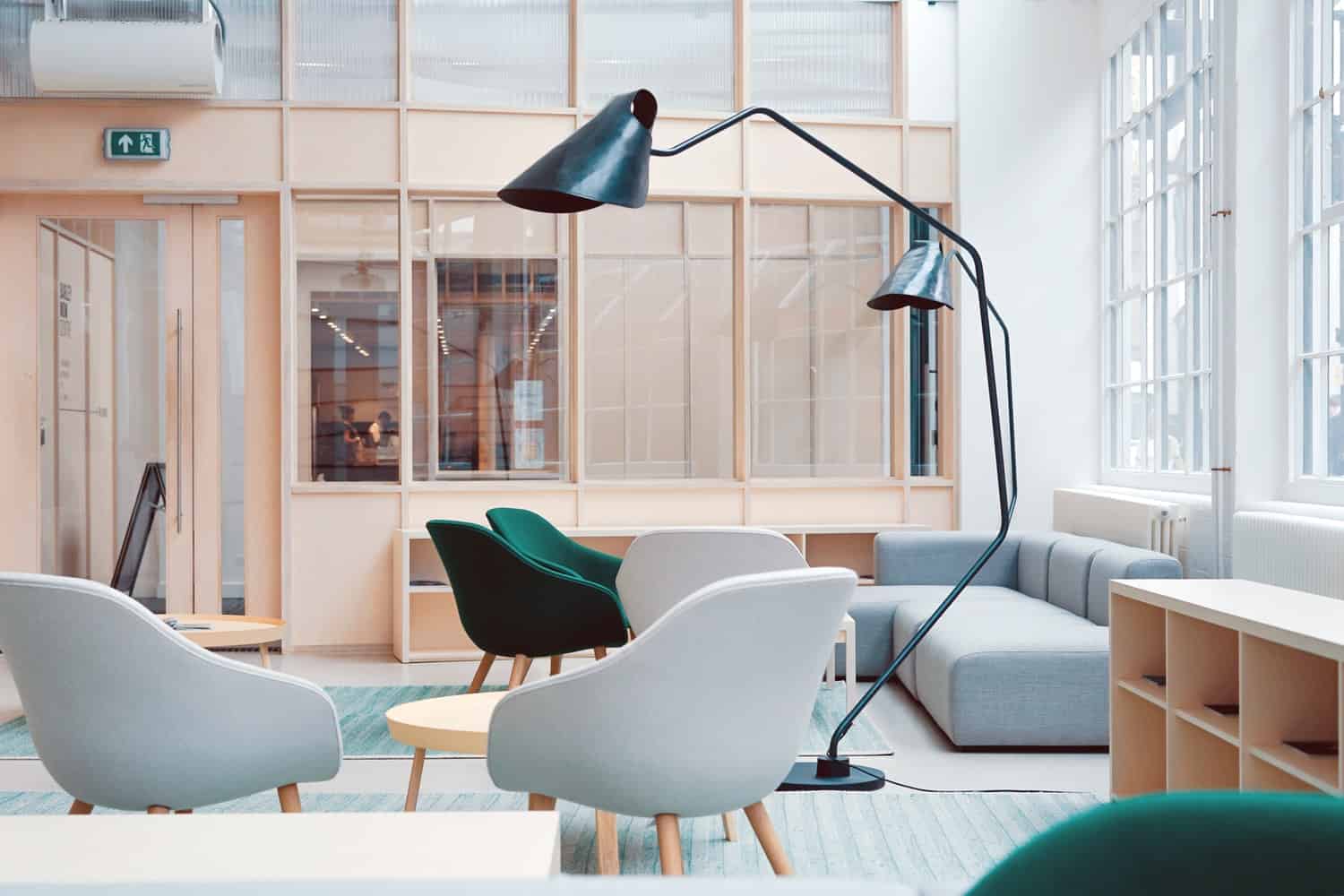 Posted at 13:06h in General by Jim Morris 0 Comments

Gone are the days of the soulless cubicles in the office. It’s not hard for you to find that everyone now is sitting at one open workspace with long tables where employees can talk more easily. Why not? People interact with one another, ideas spread and spark productivity boosts. When an outsider looks at your workplace, they will be startled by the energetic atmosphere. They would say what a wonderful open workspace design.

The Myth of Office Space

This has long been the myth of open workspace design. Open, spacious, flexible workspaces are replacing traditional cubicles, reducing cost and increasing visibility. However, what designers do not expect is that the effect is just the opposite. According to Harvard Business Review, an open workspace produces less interaction— or less meaningful interaction, and less productivity and collaboration. Believe it or not, employees hate open workspaces. It distracts people. Chatting is noisy and little privacy is kept. If so, why are there still many open workspaces?

You may not believe, but Google has played a part in this. Since the 1940s, open floors have been around among the so-called secretarial pools. However, after Google renovated its headquarters in 2005, it started a trend for this open workspace design concept. Instead of putting the heavy cubicles in the company, the architect designed something more open and neighbourhood-like: There were some private spaces but more open workplaces and glassed-in meeting rooms were added. Then what? Well, companies pursued this concept as a collaborative workplace simply because Google did it. And everyone wanted to be like Google, though they didn’t think twice about how this design matched their business. As such, many companies started to use open offices without realizing the limits of them.

Compared with the individual and private cubicle design in the office, open workplaces are preferred possibly because they are inexpensive. With the increasing prices of workspace design, companies especially startups have to figure out the most economical method of working. According to real estate research, the average space of each employee in the world has been decreasing each year and may continue to drop in the future. This means business leaders should take the budget seriously when designing their working places.

This design took place in the past decades as you may realize that workers today don’t need to sit there all day doing repetitive tasks. So the Activity-Based Workplace provides task-oriented solutions that promote movement and allow people to freely choose the right space for their jobs. With this solution, companies do not need to worry that one single workspace cannot meet employee’s requirements. Rather, it makes the working environment more flexible and even employees can do their different tasks based on the places.

The ABW concept is used by lots of companies in the west. Some have created a more advanced one called Neighbourhood-based Choice Environments (NCE). A neighbourhood or home-like feeling is generated by this concept. This allows teams to operate and at the same time to approach to different work settings. As such, a sense of belonging and identity, which are the key advantages of NCE, has been created among companies.

Perhaps no company has the efficiencies of taking advantage of workspace more than WeWork, which promotes communal tables and office lounge areas and provide office building methods for other companies. One advantage of WeWork is that they are experienced in compressing people into smaller areas. One of the famous examples is they moved one floor from the three-floor Expedia’s Chicago office without losing employees’ satisfaction. And Sunon as their office furniture manufacturer contributed to the overall office furniture atmosphere. What’s the deal? The secret is that not only did WeWork bring people closer so they interact more but it also created some seating arrangements as well as some private areas. As such, employees who have different needs can do according to their wishes.

Now you’ve got the scoop on the open workspace design and why it still exists today. If you are interested in workspace design, simply connect with us here: https://sunonglobal.com/Discover-the-Office-of-Tomorrow