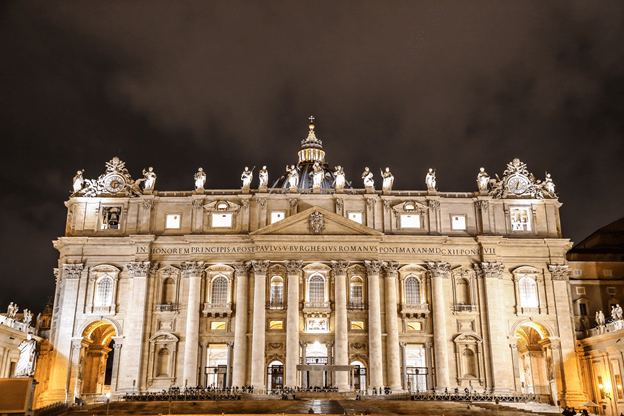 Posted at 08:11h in Knowledge by Ian Mutuli 0 Comments

Baroque architecture is a more thespian version of Renaissance architecture only with more dramatic colour, lighting, illusionary effects like trompe l'oeil, and designs with architectural features. Baroque history originates from the Portuguese word Barroco, a term used to refer to flawed pearls or of irregular shapes. 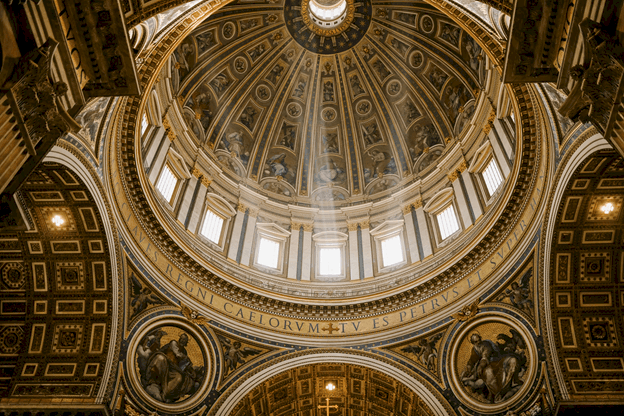 Other than this ornate architectural style, the Baroque movement also found its way to literature, vivid music, stunning sculptures and paintings, fashion and all forms of art during the Baroque period that was characterised by exuberance and dramatic realism.

Baroque architecture significantly coincided with European colonialism, which catalysed its spread across Europe and most notably in Germany and colonial South America. The Baroque period lasted through till the 18th century.

The Baroque period dates back to the Protestant-Reformation period when the Catholic Church desperately needed to reclaim its abating influence across Europe, in the wake of the Protestant Reformation, also known as the Counter-reformation period. Overtly, they tried to create emotional and sensory displays through architecture and art in an attempt to persuade their followers into an unconditional loyalty to the catholic church. 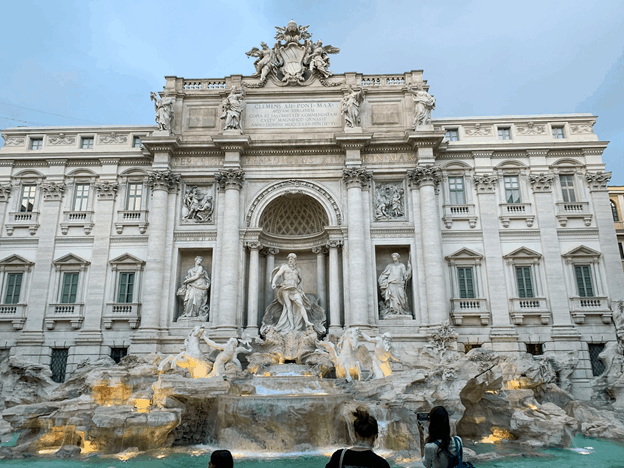 Initially, Baroque architecture founds its form in cathedral designs and church; however, it was later used in intricate royal palaces as a visual display of absolutist regimes. 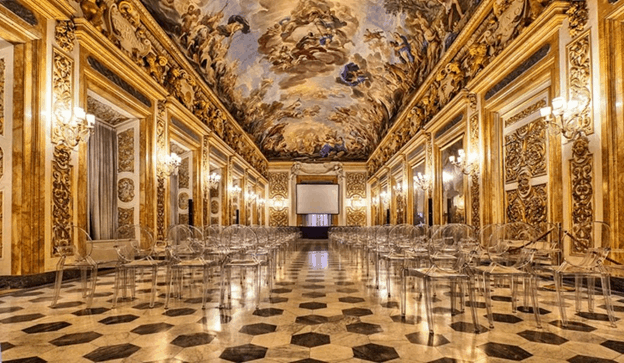 Grandeur, or dramatic splendour, is probably the most notable trait of Baroque architecture. This splendorous theme is also the reason why Baroque architects integrated the use of ornamentation or curves. In churches, the grandeur architectural theme was used to inspire the mystical awe in visitors so that they'd feel connected to God or feel menial compared to the church and God.

Grandeur also came in the sheer size of the building and was also applied to the amount of decoration and ornamentation. 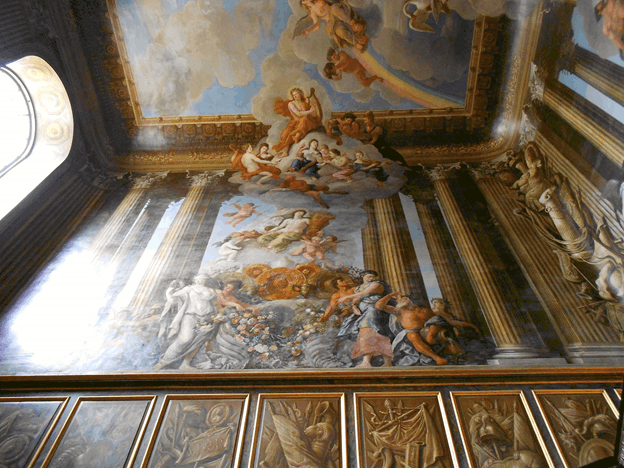 Baroque art is highly recognisable from its illusory nature. Gian Lorenzo Bernini once described “ingenuity and design are the magical art through which one can deceive the eye to amazement.”

These painted ceilings, in the churches at least, were supposed to make followers feel like they were gazing into the heavens. In Baroque art, ceilings were frequently painted in trompe l'œil to make you feel like they had more depth.

Baroque Architectural style reached its peak in the mid to late 17th century. This period was later termed the High Baroque. Painted ceilings pushed the limits of art in the High Baroque and the Late Baroque period. 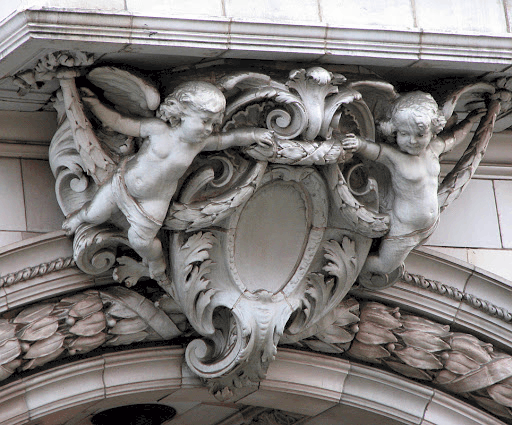 In architecture, ornamentation refers to the use of non-structural decoration that is often used to add pomp and visual complexity. Baroque Architecture interiors and exteriors were undoubtedly rich and complex.

Most surfaces were decorated with decadent treatments, sculptures, pieces of art, or structural ornamentation pieces. The exterior of the building was characterised mainly by dramatic central projections of its façade.

The interior design of these buildings became more ornate in the High Baroque period. It was more focused around the altar in the church and customarily placed under the dome. The most renowned baroque decorative works in the High Baroque are the Baldachino of St. Peter and Chair of Saint Peter at St. Peter’s Basilica in Rome, both by Gian Lorenzo Bernini.

These decorative sculptural elements were meant to complement the complexity of its interior space. Common depictions included cherubs, trophies, weapons, or fruits. 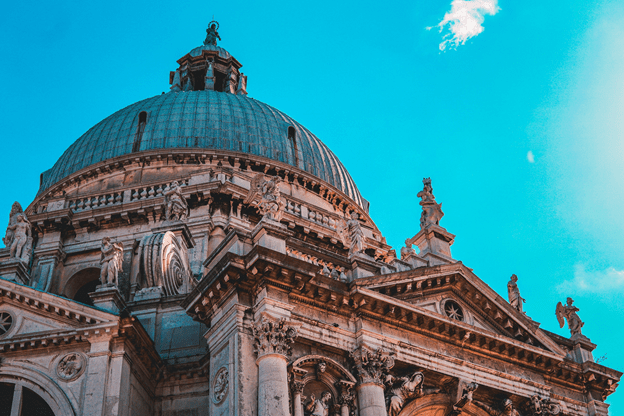 The most common being the Eastern Europe Baroque. Baroque churches were designed to have ample central space with a cupola, mostly dome-shaped, where worshippers could feel close to the altar. The high overhead was also meant to allow in light and illuminate the church.

The dome was a popular central symbolic feature used in Baroque architecture to illustrate the merging between the heavens and the earth. The cupola was extravagantly decorated on the inside with paintings of saints and angels and with stucco ornamentations of angels. 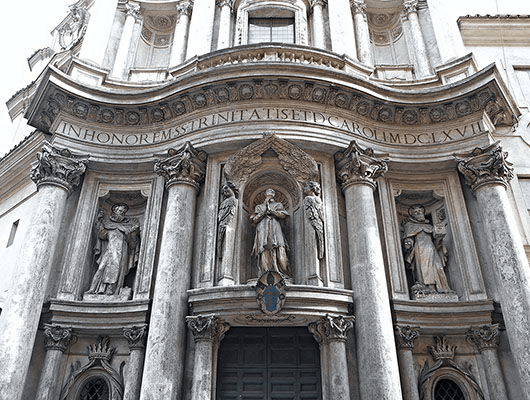 Considering that Baroque loosely translates to mean 'irregularly shaped', it'd make sense that Baroque architecture would feature organic shapes and unexpected curves. These irregular shapes often occur in grand façades and concave entrances or in places with statues. These organic designs could be found anywhere in Baroque architecture, especially in the dome grooves of churches or cathedrals.

Other notable features of Baroque architecture include:

Some famous buildings include: 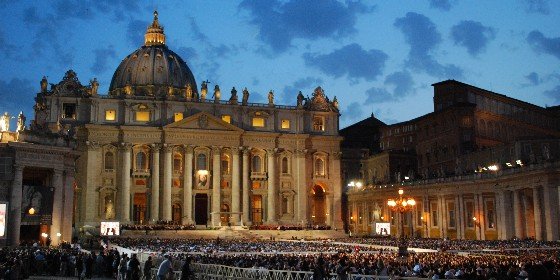 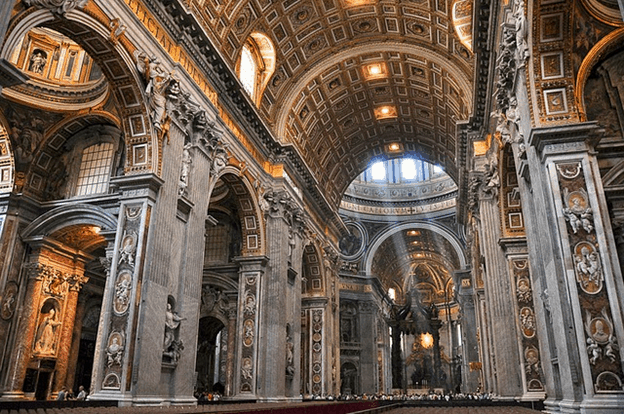 The piazza was designed to blend in with its surroundings and act as a piece of the city. This is radically different from Michaelangelo’s or Bramant's approach to creating a memorable standalone building. 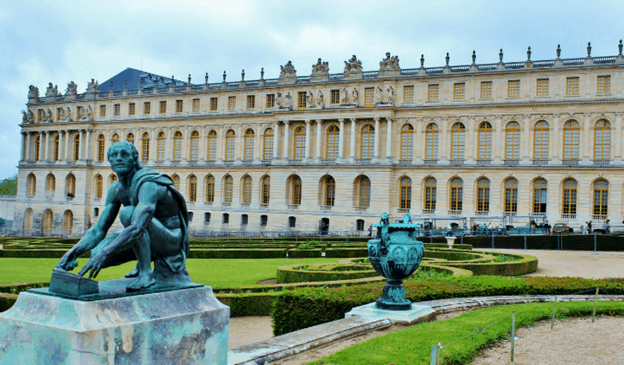 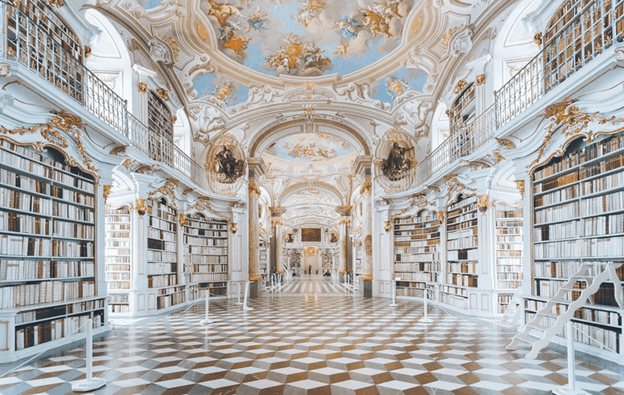 Photograph by Valdemaras D.; painted Ceilings of Palace of Versailles

This palace was inspired by the Baroque style found across Italy and Rome; however, it was also largely designed in the French Baroque style. Presently, the palace contains approximately 2,300 rooms with French gardens and a park. 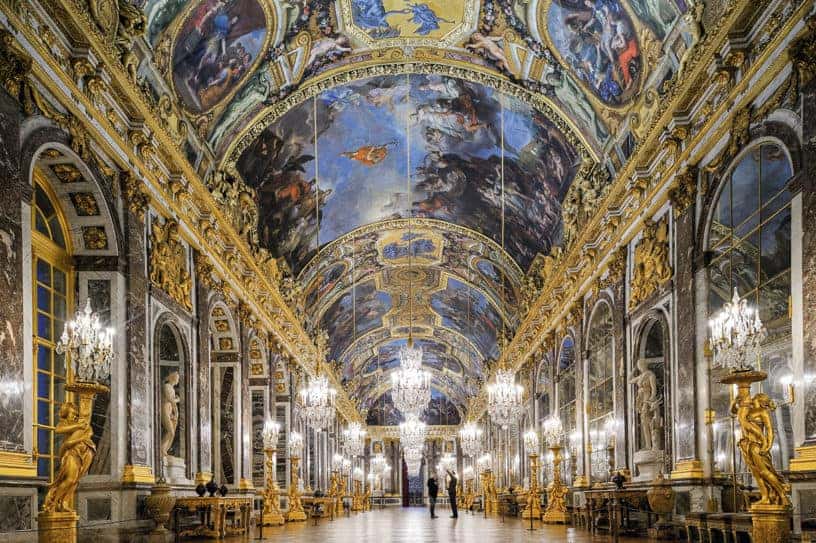 Architect Louis Le Vau designed The Hall of Mirrors. He was the palace architect and worked on this project with Interior designer Charles Le Brun and landscape designer Andrew Le Notre. It incorporated all of the distinctive qualities of the French Baroque style, which include: high domes, curved designs, ornamentation and, painted ceilings. 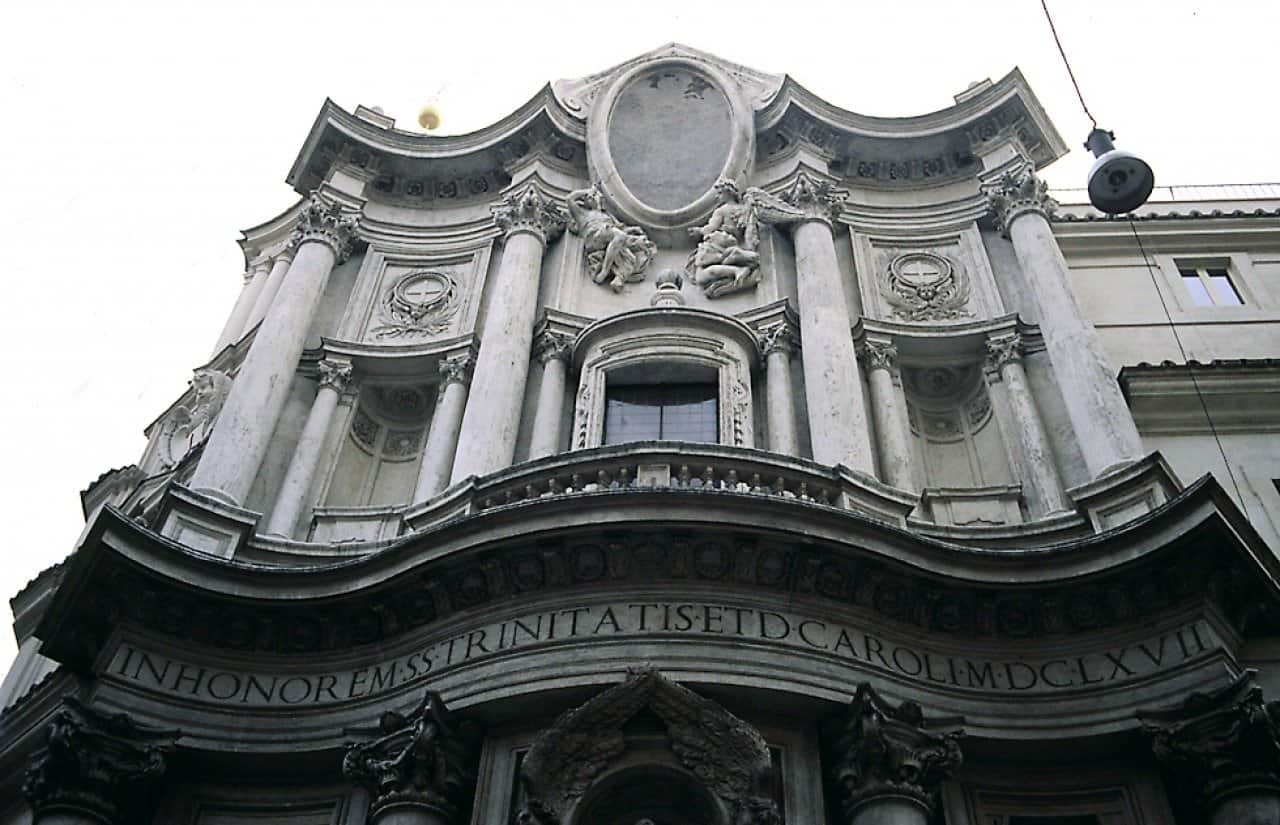 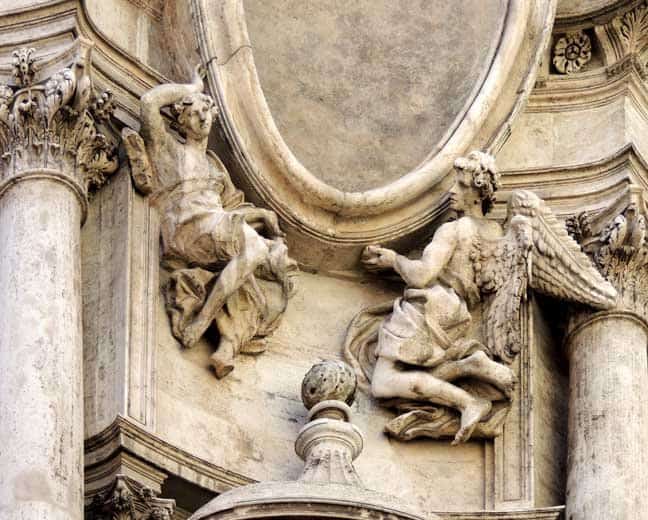 Architect Francesco Borromini, one of the pioneers in Roman Baroque architecture, designed this, and it is probably known as one of his best works.

Francesco’s design was so revolutionary that it inspired other contemporary architects to use similar ideas. 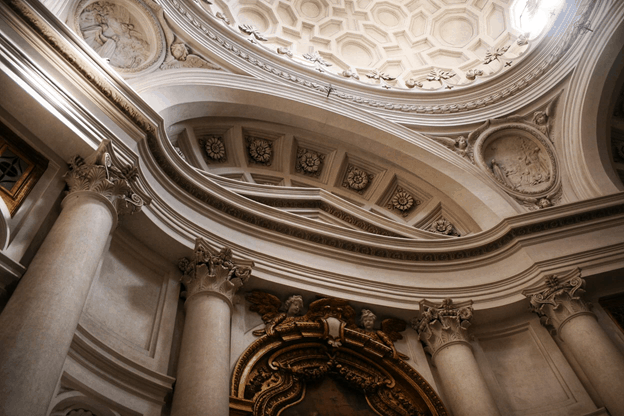 D. Chapel of The Holy Shroud The Chapel of the Holy Shroud, otherwise known as Cappella della Sacra Sindone, is a chapel that was dedicated to the Shroud of Turin. Some believers believe this cloth relic has the image of Jesus Christ of Nazareth and that it's the same shroud that he was buried in. The building was originally designed by architect Guarino Guarini to house this holy relic specifically. 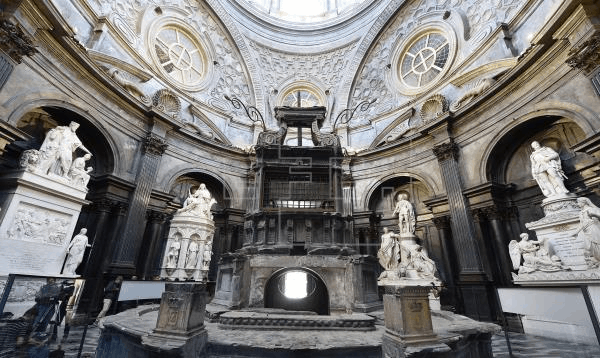 Like many Baroque buildings, the chapel has an impressive dome that was in part made possible since Guarini was also trained as a mathematician. However, the chapel was extensively damaged by a fire in 1997. 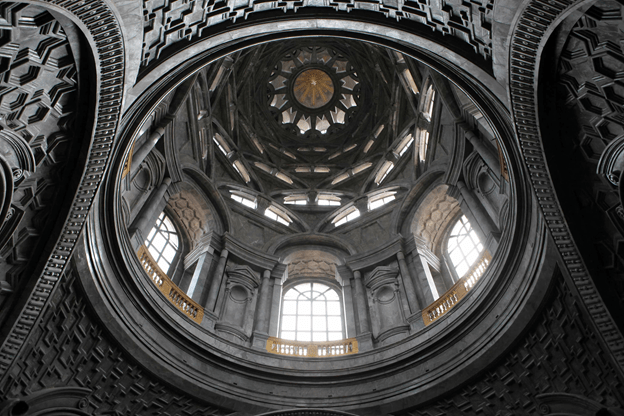 The Chapel of the Holy Shroud was later reopened to the public in September 2018 and is now fully open for tourists to witness the iconic Baroque interior designs that feature an incredible spiralling dome and contrasting materials. Hôtel national des Invalides, translated to mean The National Residence of the Invalids, is another impressive collection of Baroque buildings. It is famously known for including Napolean’s tomb and has an impressive list of historical events that took place in it. Its name was derived from its primary objective, which was to create a hospital and retirement home for war veterans. 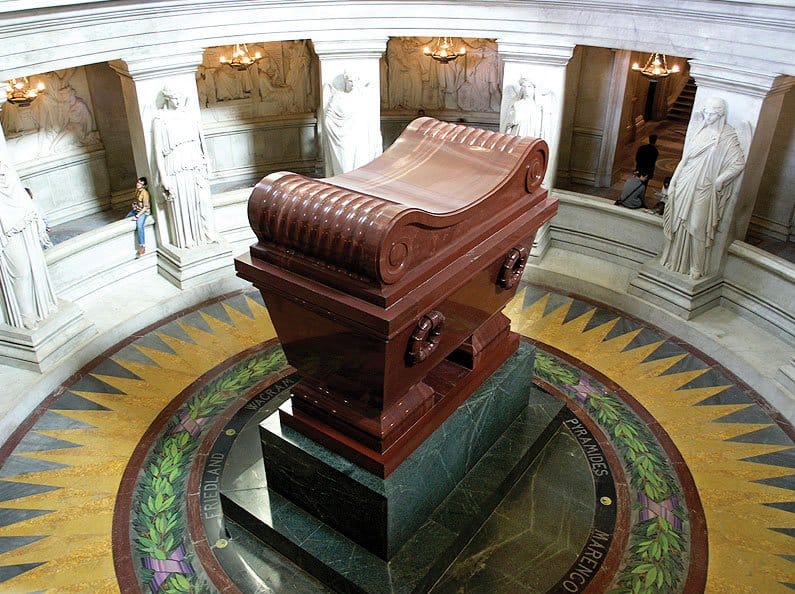 Photograph by Eric Pouhier - The tomb of Napoleon I, Les Invalides, Paris; designed by Louis-Tullius-Joachim Visconti, 1842–61.

The main architectural movement is called the Dome of Les Invalides, which was inspired by the dome at St. Peter’s Basilica—perhaps the perfect example of Baroque domes. This is also another great example of the French Baroque style found in the Palace of Versailles. 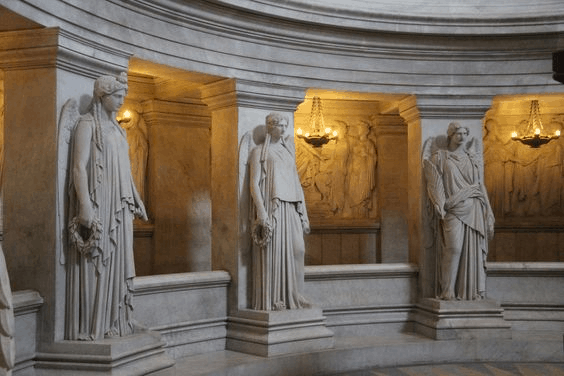 Other famous Baroque Buildings would include: