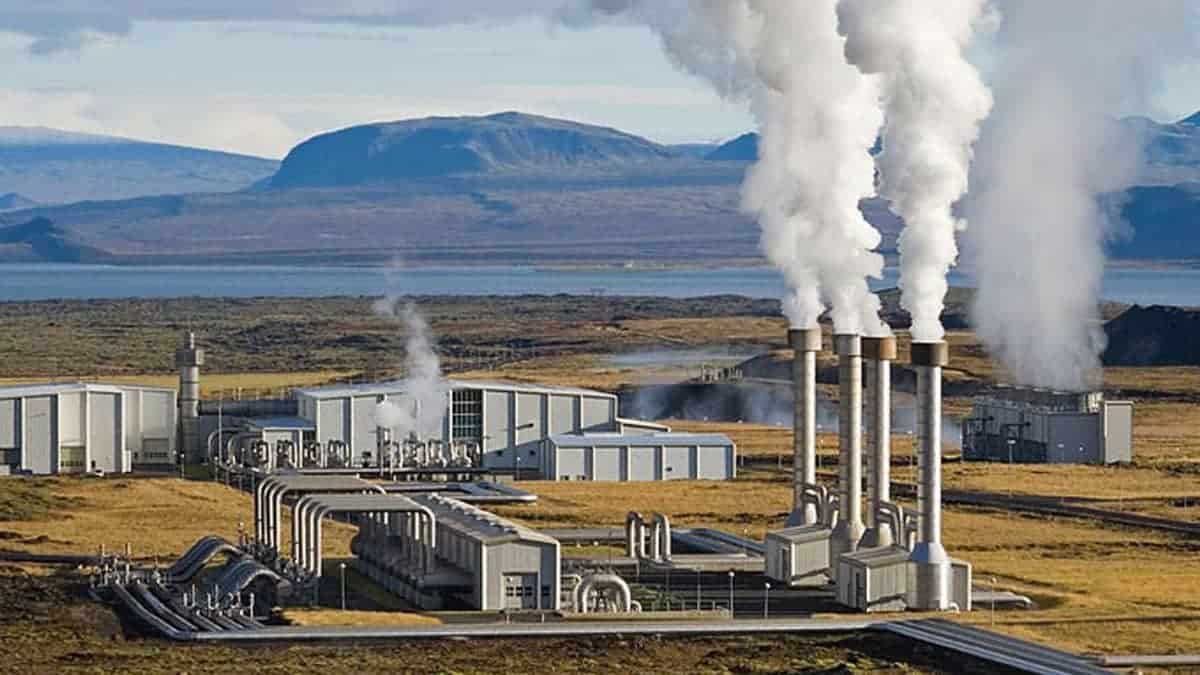 The history of geothermal dates back to 4th July 1904 when Prince Piero Ginori tested the first geothermal power generator in Larderello, Italy. This was a means to find new ways to generate electricity due to an increase in demand. From then on, geothermal power production became widely known, but not quite adopted. 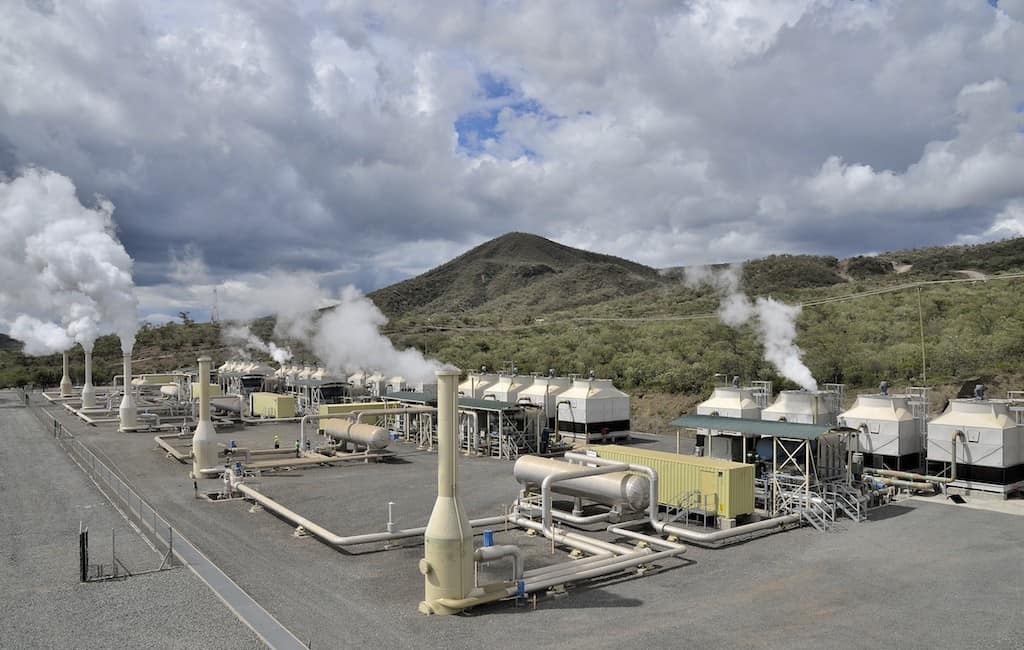 In geothermal power production, there are pipes dug deep into the ground so that the hot water that is trapped inside the earths crust rises up as steam to rotate turbines just with its sheer pressure. The motion from the turbines is then transferred to generators which convert it from mechanical energy to electrical energy. The electrical energy then is then transmitted to electric grids where it is distributed to end consumers who use it as electricity in homes and businesses.

If you're wondering where this hot water comes from, then you might want to know a few things about geothermal reservoirs. Simply put, they are large pools heated by magma underground from the earth's core. Temperatures in the earth's core rise above 4000°C. The liquids which rise above the surface are formed in the crust where temperatures are higher than 350°C, but because of these high temperatures, they almost always come out in gaseous state first. In fact, what we usually see as geysers and hot springs are merely cooled down forms of the superheated fluids. In essence, geothermal power production deals with harnessing the steam and converting its kinetic energy to mechanical energy and finally to electric energy. 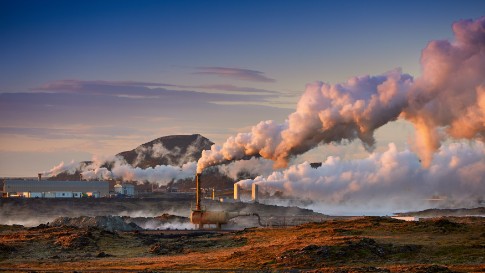 The cost of a constructing a geothermal power plant is far higher than the cost of constructing an oil rig. Physically, geothermal power plants look more complex than oil rigs because they require a lot more apart from the turbines that will convert the kinetic energy in steam to mechanical energy and then to electrical energy. The reasons for these high costs are obvious as well. The labor required, for instance, is more expensive than the one that is required when setting up an oil rig. In addition, factors such as drilling costs also play a big role too.

However, after construction, the costs incurred are rather minimal. The cost of construction of a geothermal power plant could be as low as $3400 per kilowatt installed and for small-scale power plants, this figure could be lower at $3000. This is in comparison to other renewable energy sources like hydroelectric power which costs far more. While it is generally accepted that construction of geothermal power plants is more expensive than the construction of oil rigs, it's important to note that its costs varies from one project to another depending on the size of the plant and even the local environmental policies.

With regard to construction time, geothermal power plants also take some considerable time to build. According to the Geothermal Energy Association (GEA), a new geothermal project takes between 3 to 5 years to start producing electricity. Taking a stepwise strategy for development, the construction takes about 6 years. This comprises of 3 years for reconnaissance, surface exploration and test drilling and 3 years for production drilling and power plant.

Geothermal power is recognized globally and has a lesser negative impact to the environment than other renewable sources. Despite that, it's used by less than 2% of the world's population. This is because geothermal is location-specific since it can only be tapped in specific areas.

Despite its unavailability in most regions, the future potential for geothermal energy is bright. Research shows that 10,000 meters below the earth's surface, there's a high amount of heat which when tapped, can produce more than 50,000 times the energy that would be obtained from fossil fuels. This is where the Enhanced Geothermal System (EGS) comes in. EGS is a technology that geologists and geothermal experts are using to drill into potential geothermal sites. The system works by pouring fluids into the rocks to induce the geothermal process when the rocks are fractured and the liquid seeps through. The resultant effect is that heat is brought to the surface and in turn produces steam which is then harnessed to produce electricity.

In Europe, for example, only about 2.5GW has been tapped, but with EGS, the power that can be produced increases to about 6,500GW. That said, the EGS hasn't been without problems. Since the beginning of its use, cases of earthquake and earth tremors and even fracturing of the rocks when the water heats up too fast have been experienced. When asked, the geothermal experts said that the quakes can be prevented by drilling at the right positions during the start of a project. Should the EGS project become mainstream there's going to be a lot more power than we actually need.

In South East Asia, Philippines began construction of geothermal power plants in 1977, and over the years, the country now produces up to 1,868MW which is used by 27% of the country. This made it secure the third rank in the list below in terms of geothermal energy production globally. Kenya has a capacity of 676MW making it the first African country to make it on the top 10 list. The country is in 9th position in the world in terms of geothermal energy production and contributes to more than 51% of the country's electricity.

As of 2018, the countries with highest geothermal energy outputs include:

All other countries have a cumulative value of 960MW making the countries on this list stand out. Currently, the energy is used in 24 countries and another 70 are constructing geothermal power plants or are using it in small scales. As technology improves, more countries are finding new ways of exploiting their geothermal energy potentials. With proper technology and incentives from their governments. The high initial cost required to set up a geothermal power plant is what makes most countries, especially developing ones, reluctant to harnessing this renewable energy.

These are the oldest and have been in use for more than 100 years. A pipe is placed deep in the geothermal well which then facilitates the flow of hot liquids and steam upwards to rotate a turbine which then converts the mechanical energy to electrical energy. This type of geothermal power plant is suitable for wells with high liquid temperatures.

These are suitable for wells which generally have lower temperatures than those being used in dry steam plants. They are more common because there aren't so many geothermal wells that have naturally occurring high temperature steam. The liquid from the earth's crust usually rises from the well and to the surface similarly to dry steam power plants. As the pressure of the liquid reduces, it is converted to steam which then passes through the turbine to be converted to energy.

Binary plants use two vessels with different boiling points hence the name binary. The first vessel contains the hot water from the well. The water rises up the well and flows through a heat exchanger to the vessel. The second vessel contains a fluid of lower boiling point such as butane. After it flows through, it vaporizes since it has a higher boiling point and the steam is relayed to the turbines to produce electricity. This process is not so common but has a high probability of use in future because it can be used in locations that are far from geothermal hotspots. In addition, the lower temperatures used in the process may reduce cost of production.

There are various ways geothermal energy is used in various countries around the world. In ancient times, people near the fields used to fetch the water directly from hot springs for bathing, cooking and other chores around the house and even skinning their game – a practice which continues to date.

People also use geothermal energy for other reasons depending on the needs and their geographical location. In Iceland for example, residents have installed heat pumps and whole districts have direct heating systems to warm their houses during winter.

The government even relies on the geysers to melt the snow in the estates which makes life comfortable for its citizens. Some countries are also using geothermal to heat up greenhouses to facilitate the growth of "fragile crops" or even to ensure they grow during the extremely cold seasons. From roses grown in Kenya to citrus trees and other vegetables in Hungary, many organizations are slowly coming to the realization of the benefits of heated greenhouses for farming.

Fish farms are also using this energy to heat up their farms to protect the tropical species from winter seasons since it affects their lifespan. In Netherlands, the government has built bike roads powered with geothermal energy to avoid the risks caused by ice during cold seasons. While this can be categorized under electricity generation, it is rather unique as it is not such a common use especially in countries like the Philippines and Kenya.

Another use is for electricity generation which is actually the most mainstream use. Most countries which are harnessing geothermal energy are using it to provide electricity for their citizens. For some, it is too low, so they use in small-scale or merely for the industrial sectors. For others, like the top 10 that had been listed earlier, production is high enough to power homes and businesses and even export some of the electricity to neighboring countries.

All in all, it's safe to say geothermal has little to no negative impacts to the environment. When it's being produced, some chemical compounds like oxides of Sulphur may get released into the atmosphere which can in turn be harmful to both human beings and the environment.

However, it has less than 5% carbon footprint in comparison with the emissions from fossil fuels. In addition, there are set measures that limit the harmful effects of these toxic gases as well. For example, steam is usually filtered of the harmful gases before it is let into the turbines, making it somewhat less harmful to the environment. While it may be expensive to initially set up a geothermal energy plant, its contribution to clean energy cannot go unnoticed.