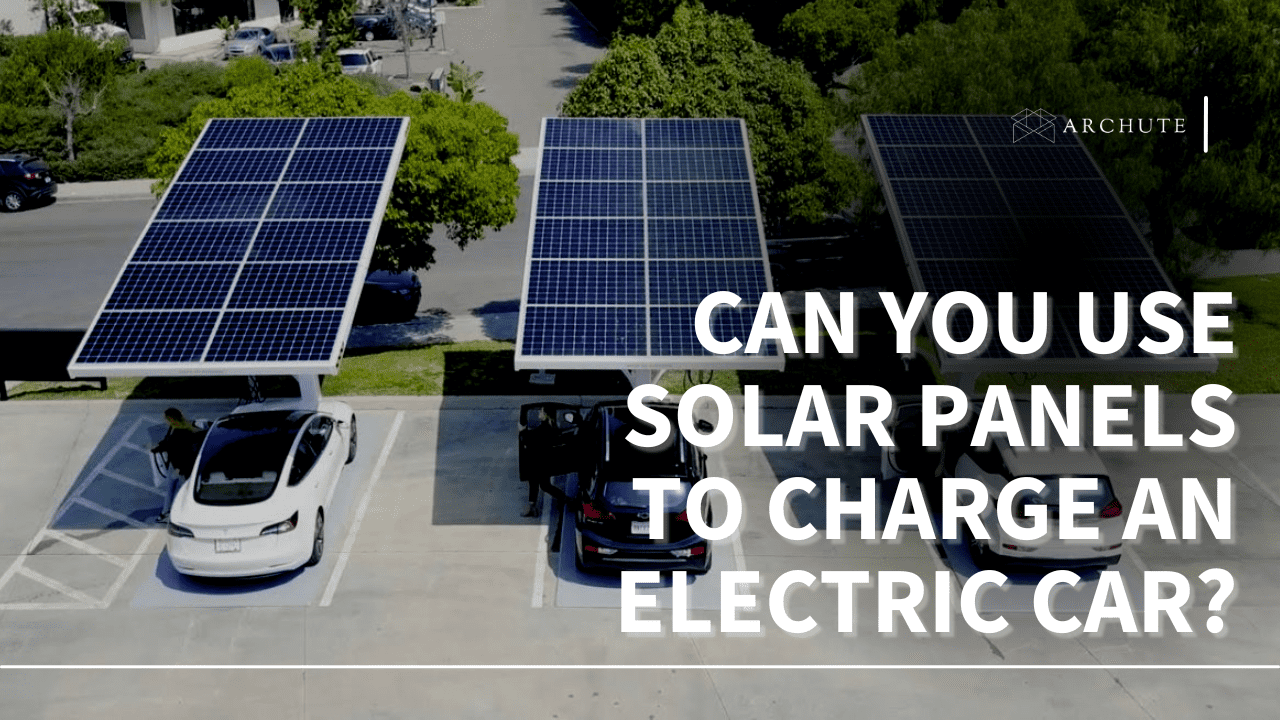 Can You Use Solar Panels to Charge an Electric Car

Solar panels and electric cars are exciting technologies representing a major shift away from how things have been done for a long time. From conserving the environment to saving money, they spark a revolution in self-reliance, leading to a better future. Even from the most expensive electricity sources, charging an electric vehicle is cheaper than buying fossil fuels. But can you use solar panels to charge an electric car?

Electric cars are favored for their reduced environmental impact. But the electricity used to charge the car can still indirectly pollute the environment when it comes from an environmentally unfriendly source. Solar power panels generate cheaper renewable energy to charge your cars and lower electricity costs.

Installing solar panels on your metal rooftop is a great way to generate your own power for charging an EV and powering your home. Let’s look at how and why you can use solar panels to charge your electric vehicles.

Can You Use Solar Panels Energy to Charge an Electric Car

Solar panels generate electricity that can be used to power the appliances around your home and electric vehicles. Even a small solar panel array with as low as 10 solar panels provides sufficient power to charge your vehicle’s battery.

However, solar panels only generate energy during the day, when there is sun, meaning there won’t be enough time to charge the car when you get back from work in the evening, especially during winter.

Notably, there are solar batteries you can use to store excess solar power. The stored solar energy can be used when the PV panels are not generating energy.

Most electricity generated by solar panels can be stored in a solar battery. The advantage of a battery system is that it stores any excess energy from the panels for use in solar charging the electric car when the panels aren’t producing any energy. Otherwise, your PV panels will only be able to charge your electric car during the day.

Besides the solar battery, you’ll also need to install home charging and a PV inverter unit for converting solar energy into Direct Current for the vehicle. Various such systems are available for purchase; some combine charging and PV inverter units in one box. However, there’s no standalone solar-powered charging system. Rather, it must be incorporated with the rest of your home power supply system.

It is important to note that these systems don’t come cheap. Depending on which wall box you purchase, prices range from a couple of hundred pounds for the basic 3kW systems to close to four figures for the advanced 22kW units. Solar panels are expensive, too but are a great long-term solution.

For instance, a 1kW system with four panels costing between £1,500 and £3,000 is estimated to generate 850kWh of energy output a year. This can fully charge a Honda e approximately 24 times a year, translating to around 3,250 miles of driving range. However, it’s worth noting that the average home solar panel installation doesn’t generate enough electricity in a day to charge an electric car fully.

How to Charge an EV with Solar Panels

Charging an electric car with solar panels is possible, but how do you do it to ensure you use the right number of panels to get sufficient energy for long-term service?

Here are the steps to follow for charging your electric car using solar panels;

1. Determine How Many kWh You Need Every Day

The first step is determining how many kWh you need to drive your car. Keeping track of your mileage over a year makes this step easy. Alternatively, you can estimate the kWh needed using an average of miles per day.

Conferring to the United States Department of Transportation, an average American drives about 40 miles per day or 13,500 miles per year.

2. How Many Solar Panels do You Need to Charge Your Electric Car

According to step one, you need 10 to 17 kWh of electricity per day to charge an electric car. But how do you know the number of panels that can produce such an amount of electricity?

An average modern solar panel puts out around 350 watts under full sun, getting between 3 to 7 peak sun hours per day, depending on sunshine exposure. Meaning a solar panel makes an average of between 1.05 and 2.45 kWh of electricity per day.

Assuming you get 1.75 kWh per day per panel, you’ll need over five panels to make adequate energy to charge an EV battery consuming 9.6 kWh for 40 miles of range. Certainly, the number of panels increases if you need more than a 40-mile range.

Interestingly, you can size your solar energy system to make them add-on friendly if you plan to add more vehicles or electrical devices. Here is how to do it

1. Install an inverter that can handle more power

Inverters have a default option known as a string inverter. String inverters allow for multiple panels to be arranged into strings to feed their produced power to a single inverter. In addition, installers often include inverters capable of handling your expected output but not more. So, if you know the number of panels you’ll need to add to the system in the future, you can install an inverter with the capacity to handle the current panels plus the expected additional panels.

2. Install microinverters with your solar panels

You can opt for micro-inverters instead of the default string inverter. In this case, each solar panel will have its own inverter. This enables you to add extra panels to your solar power system in the future without worrying about the capacity of energy your existing inverter can handle.

If you have enough space on your rooftop, you can add a second solar system to your home whenever needed. In addition, proprietors can claim the federal tax credit for solar more than once, so you can save significantly on your additional purchase.

4. Determine your future use, and build a bigger system to match.

Suppose you are estimating an increase in your electricity use in the future and have access to enough financing. In that case, you can install your solar energy system based on your future electricity use. But be sure to consult your installer first because some utilities don’t approve systems beyond your historical electricity use.

Another option is to implement energy efficiency upgrades to your home. This reduces your overall energy costs and allows you to charge your electric car using solar panels. Consider installing a programmable thermostat, switching out light bulbs, or upgrading your appliances to free up some of the energy your solar panels generate for use in an electric vehicle.

It’s worth noting that these strategies also work for any other additions you may make to your home that increase your electricity usage. For example, if you’re considering adding an electric water heater or heat pump system, you can expand your solar energy system to consider your future electricity use.

3. Buy the Solar Equipment Needed to Charge Your Electric Car

You can’t install five to ten solar panels on your rooftop and plug them into your car. You’ll need a solar panel system and all the equipment that goes with it.

ii) Central string inverters or micro-inverters which combine the DC output of the PV panels to AC and send it to a conjunction box connecting to the main AC panel.

If you have solar panels installed and you’re thinking about adding an EV, you can probably get a Level 2 EV charger if you have a free 15 to 80-amp breaker in your main system

By charging your electric vehicle with your own solar panels, you can offset the fossil fuel grid power 100% and be sure that your vehicle leaves a carbon-neutral environmental footprint. But, of course, the energy you’ll need depends on your car’s battery capacity and the average miles covered daily.

Switching from fossil fuels to solar electricity is also good for your wallet. You can save a fair amount of money by solar charging your electric vehicle with home solar panels, which will have you lay out some cash or take a solar loan and pay over time. Also, fuel cost savings can quickly offset the higher initial cost of an electric car. In addition, many EVs still qualify for state and federal tax credits to reduce the upfront cost.