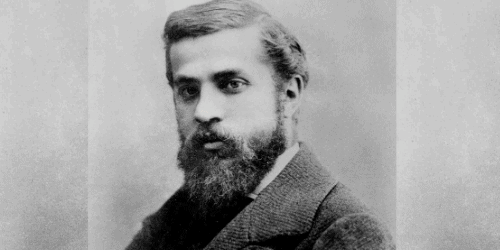 Posted at 18:37h in Features, Knowledge by Ian Mutuli 0 Comments

The La Sagrada Família is one of the most popular destinations in Europe. This is but one of many masterpieces by the Catalan architect Antoni Gaudí i Cornet.

Spain is known for its great food and stunning, contemporary, and gothic architecture. Some of Barcelona and Spain's most iconic landmarks were designed by the Catalan architect Antoni Gaudi. These include Colònia Güell located outside Barcelona, which is a UNESCO heritage site. There's also the Casa de Los Botines, which is one of three works completed by the architect outside of Catalonia. 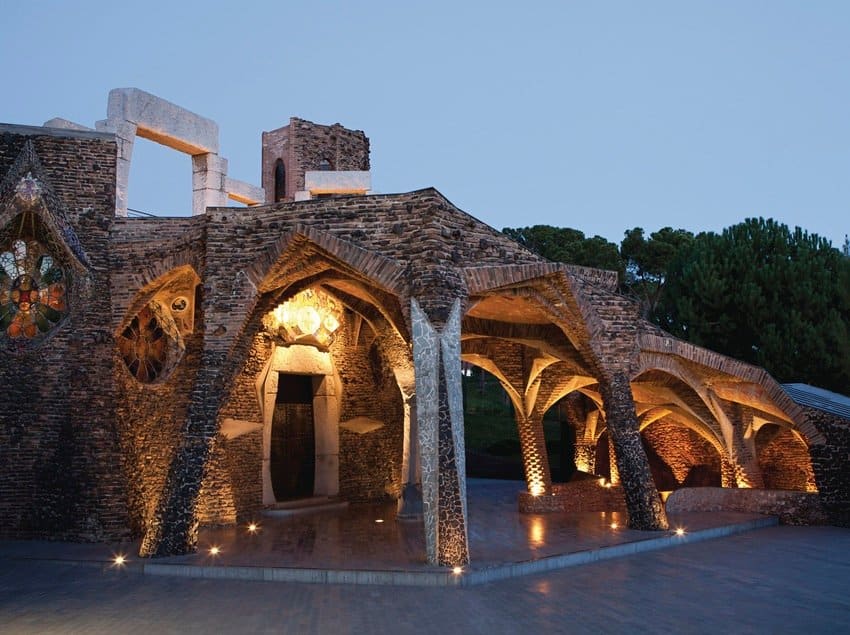 Gaudí's work incorporated his own visual language as part of the Catalan Modernista movement that dipped into Art Nouveau elements. He drew inspiration from nature and complicated geometry to create abstracted, undulating forms. 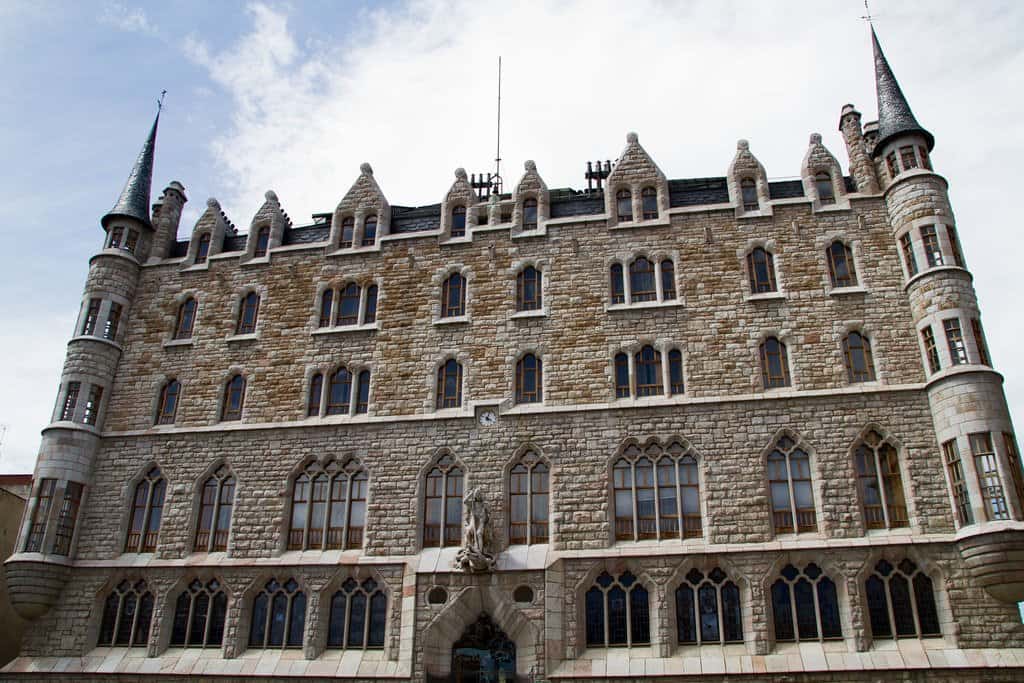 Antoni Gaudí was celebrated as the father of Catalan Modernism, but he also faced negative criticism for being too imaginative.

As Gaudí's work continues to keep his legacy alive, we compiled a list of facts that will allow you to get to know more about the genius architect.

1. He Came From A Family of Boilermakers

Antoni Gaudí was born in Reus on the 25th of June 1852. However, his birthplace is a question of small controversy as some claim that he was born in Riudoms, a small village near Reus where his family spent their summer breaks. He came from a boilermaker family, which allowed a young Antoni Gaudí to acquire and develop a distinct skill for working with space and volume as he helped his father, Francesc Gaudí i Serra, and grandfather in the family workshop. Through this, he was able to begin honing his talent for designing spaces and transforming materials, and later he would become a genius at three-dimensional creation. As an architect, Gaudí said that he had “that ability to feel, to see the space because I am the son of a boilermaker. A boilermaker is a man who makes a volume out of a surface; he sees the space before he begins working.”

Antoni Gaudí suffered health problems as a child; hence he was required to spend long periods of time resting at their summer house in the Spanish town of Riudoms. He would spend most of his time contemplating, observing, studying nature, and storing up its secrets in his mind. Antoni Gaudí approached architecture by finding its essence and meaning, and he did this by following the patterns of nature and respecting its laws.

It is experiences such as that of his childhood that are believed to have shaped his architectural style, possibly laying down the foundation for his structures' biomorphic forms. Gaudí himself believed and once said: “originality consists of going back to the origins.” 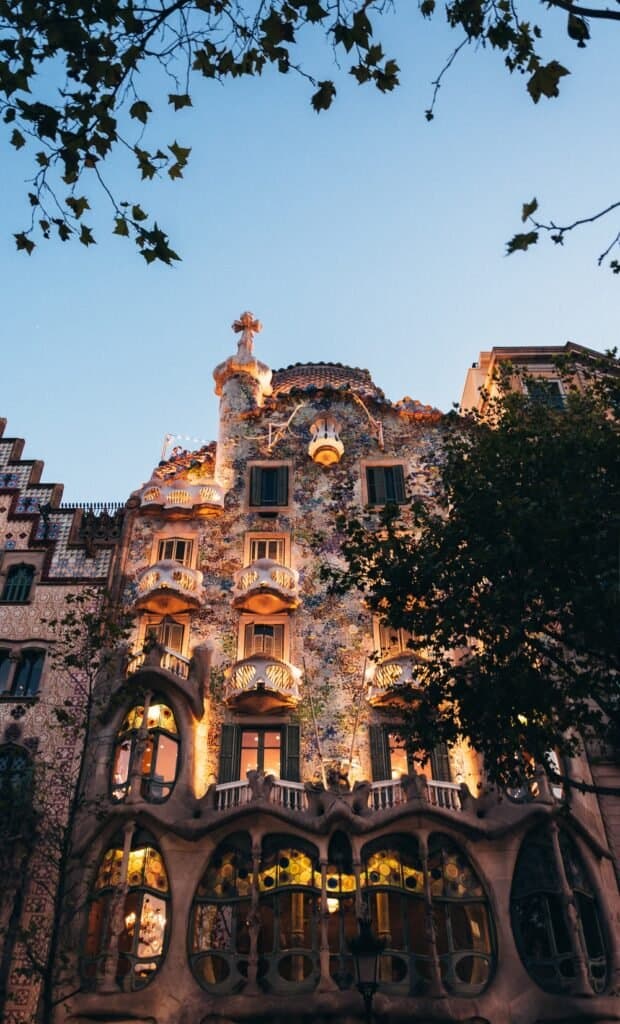 3. Gaudí’s Architectural Career Began When He Was a Young Adult

Antoni Gaudí served and completed four years of compulsory military service from the year 1875. However, due to poor health, he spent most of his time on sick leave, which allowed him to enroll at the Llotja School.

He later joined and in 1878 graduated from the then Barcelona Higher School of Architecture with a degree in architecture. While studying, the young Antoni Gaudí quickly learned to develop connections that would kickstart his professional success. He worked as a draftsman for some of Barcelona's most esteemed architects, including Joan Martorell, Josep Fontserè, and Leandre Serrallach. 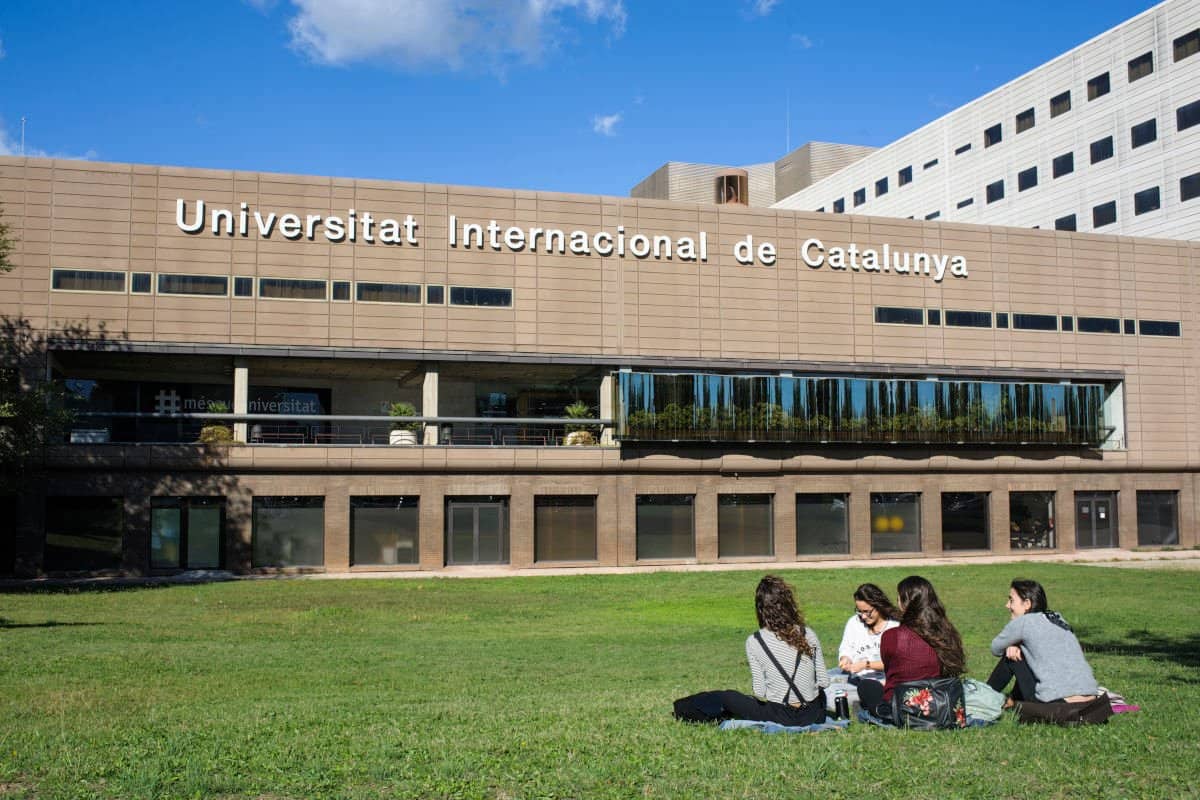 This, plus working other various jobs, allowed him to pay for his studies. During this time, he also produced one of the few surviving handwritten documents attributable to him: the "Reus Manuscript," a student diary in which Gaudí recorded his thoughts on architecture and interior decor and noting down his early ideas on these.

Antoni Gaudí began to build up his own clientele even before his graduation in 1878. In that very year, he produced a showcase for the glove manufacturer Camella at the Exposition Universelle (World's Fair) in Paris.

This caught the attention of the textile manufacturer Eusebi Güell who asked Gaudi to design the furniture of the pantheon chapel of the Palacio de Sobrellano in Comillas. . This later led to Eusebi Güell commissioning Architect Antoni Gaudí no fewer than five major projects over the next thirty-five years. 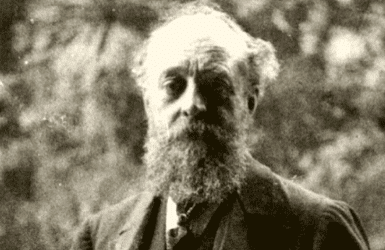 In 1877, Antoni Gaudí received his first notable commission, the Casa Vicens, a residence for Manuel Vicens i Montaner. The residence was built between 1878 and 1888 and established Gaudí's reputation in Barcelona. Casa Vicens is located in Barcelona’s Gràcia neighborhood on Carrer de les Carolines. It features bright red accents, enchanting arrangements of checkered tile lily pads with steel-beam veins., and wrought-iron balconies that resemble many Art Nouveau structures. 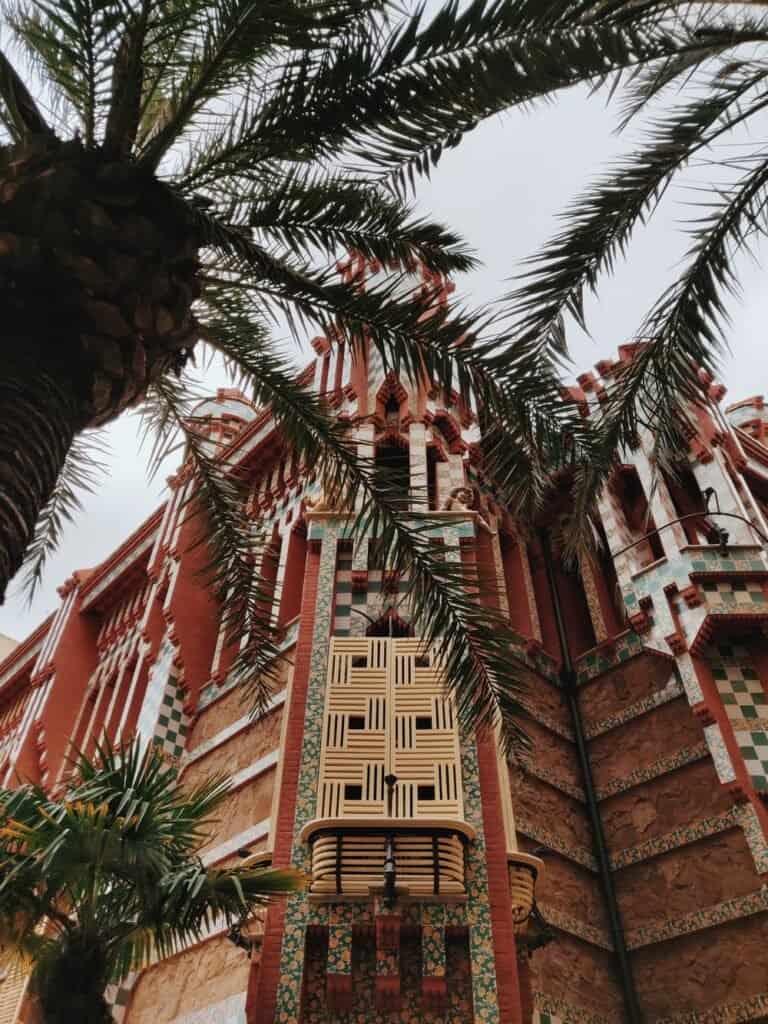 In 1879, The Barcelona City Council commissioned Antoni Gaudí for the first time to design public lampposts that remain currently installed in the city’s Plaça Reial and Pla del Palau until today.

5. In The Early 20th Century, Gaudí Designed Some Of His Famous Structures Around Barcelona

Most of Antoni Gaudí’s well-known buildings were built at the onset of the 20th-century. Some of the notable projects are Park Güell, which was completed between 1900 and 1914, and features sculptures, architectural elements, and gardens; The Casa Batlló in Barcelona, a once residential building and now portrays skeletal-like details on its facade. Its ceiling features colorful mosaic, signature Gaudi style, and the undulating apartment building Casa Milà, also known as La Pedrera, the last residence designed by Gaudí and currently still houses tenants. 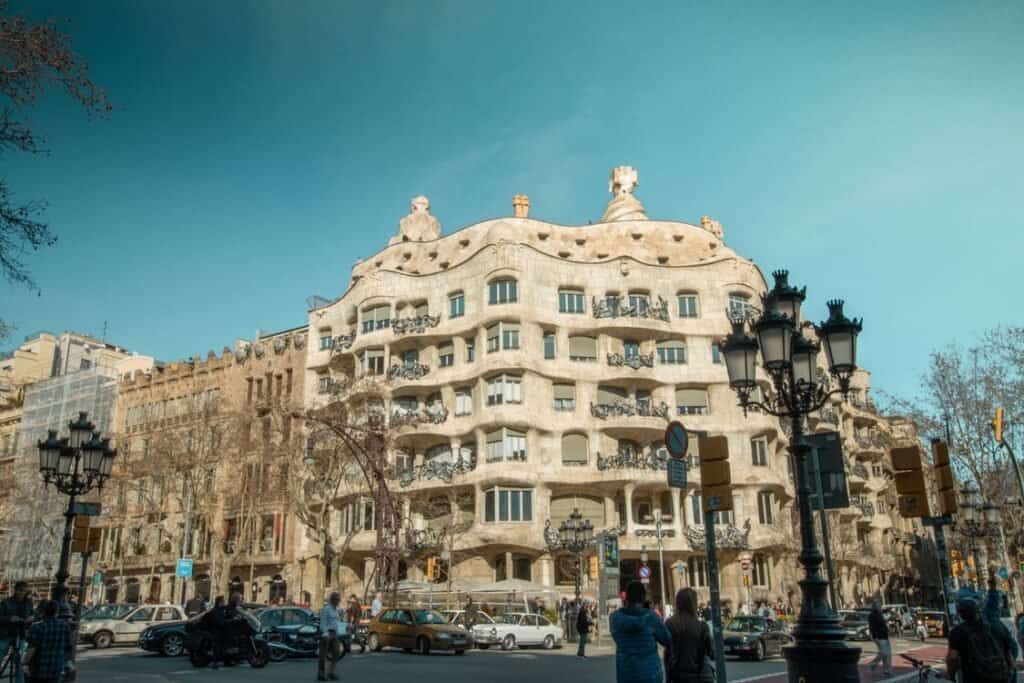 Casa Batlló and La Pedrera have walkable roofs that offer visitors entirely new experiences of the structures. While Park Güell features peaks and outlooks that provide visitors with new perspectives of the public park and city beyond. 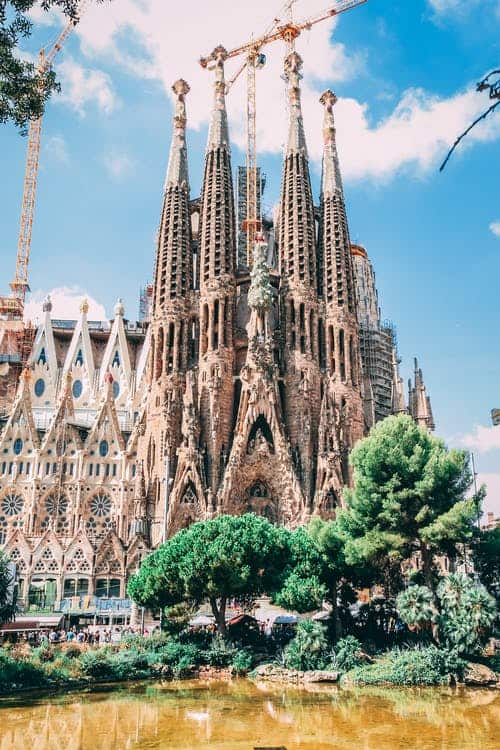 In 1883, the Catalan architect Antoni Gaudí took on his most famous project to date, the Basílica de la Sagrada Família. The Catalan architect chose to stray away from the cathedral's neo-Gothic plan, which was scrapped due to financial concerns relating to materials and production, and instead opted for a more unconventional design.

Antoni Gaudi died when construction was still ongoing and just one part of the cathedral—the church’s bell tower dedicated to the apostle Barnabas—was completed.

The Sagrada Familia is currently one of Spain’s most-visited attractions and remains incomplete. However, officials announced in 2020 that it is expected to be finished in 2026, which will be the 100th anniversary of Antoni Gaudí’s death.

The Sagrada Familia's remarkable exterior is marked by a cluster of intricate spires and highly detailed sculptural depictions of Jesus Christ's life. It features 56 columns branching into a ceiling full of prismatic shapes and stained glass windows in electric blue, green, red, and orange hues. These ethereal and dreamlike elements make the La Sagrada Familia stand in stark contrast to the subtle and less showy look of other cathedrals in Europe. 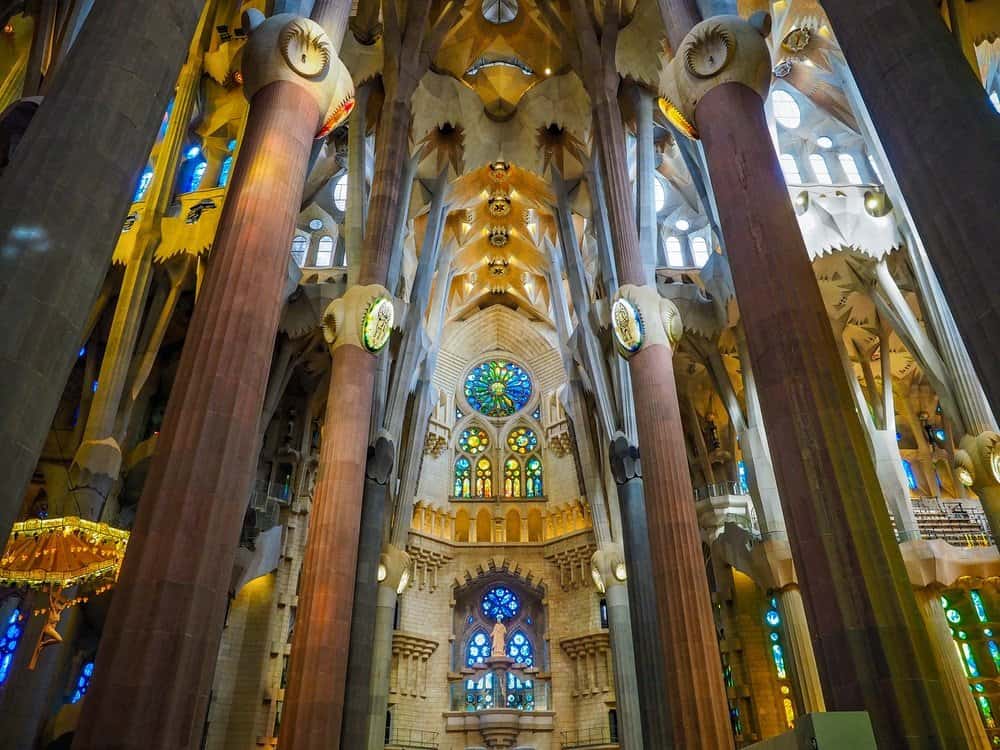 7. Gaudí Was Very Religious and Is Currently Being Considered For sainthood

Antoni Gaudi was a dedicated Catholic, and this was prevalent in his work. Religious values heavily influenced his work, and a lot of imagery featured as well. For instance, the Nativity scene at the East façade of the Sagrada Familia. His dedication to religion got him nicknamed ‘God’s Architect,’ so it would only seem fitting that Gaudí should be honored with the final step in a life lived religiously: sainthood. 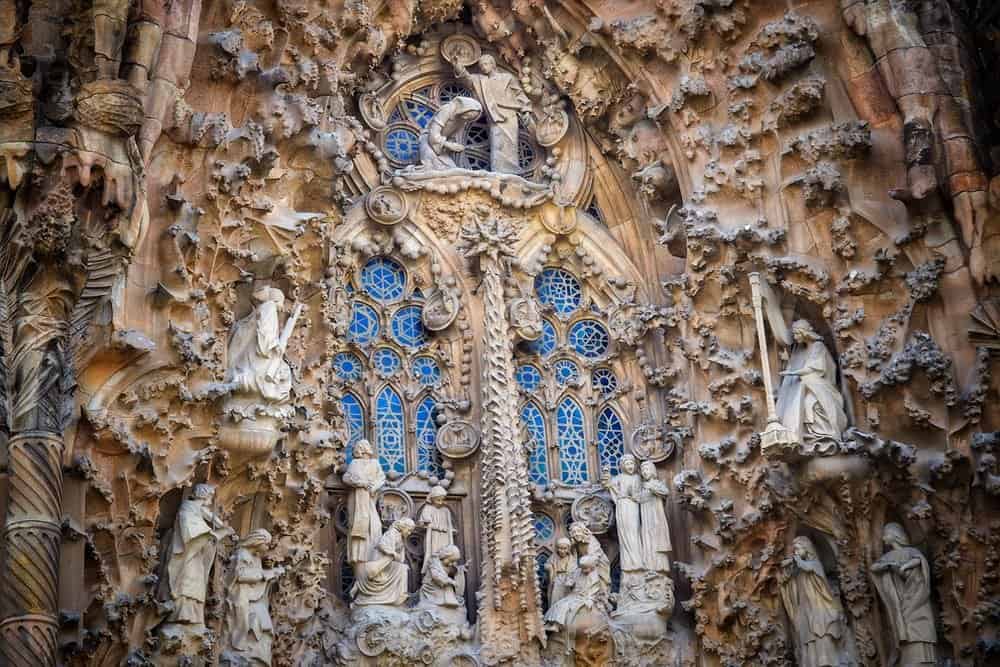 In 1992, the Association for the Beatification of Antoni Gaudí put a motion to begin the process of sainthood by the beatification of Gaudí. However, the Vatican is yet to announce a decision.

8. Gaudí Was Often Mistaken For A Beggar

While young, Antoni Gaudí was known to be stylish, dressing in expensive suits, taking care of his hair, and lighting up Barcelona's streets. However, as he got older, he changed. A series of hardships from the deaths of loved ones and economic hard times led him to become a frugal homebody who neglected himself.

His Catholic faith was his only interest outside of his architectural practice. He had also ceased all work except on the Sagrada Familia. On June 7th of 1926, while on his way to his daily prayer and confessions from work, he was hit by a tram and lost consciousness. His scruffy clothes and lack of identifying documents meant that he was mistaken for a beggar. 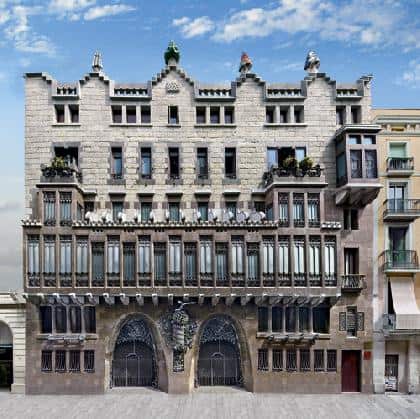 His medical treatment was delayed till the next day. The chaplain of the Sagrada Familia identified him, but it was too late as his condition had taken for the worse. He passed away a few days later. Almost a third of Barcelona's population attended his funeral, and he was buried in La Sagrada Família crypt.