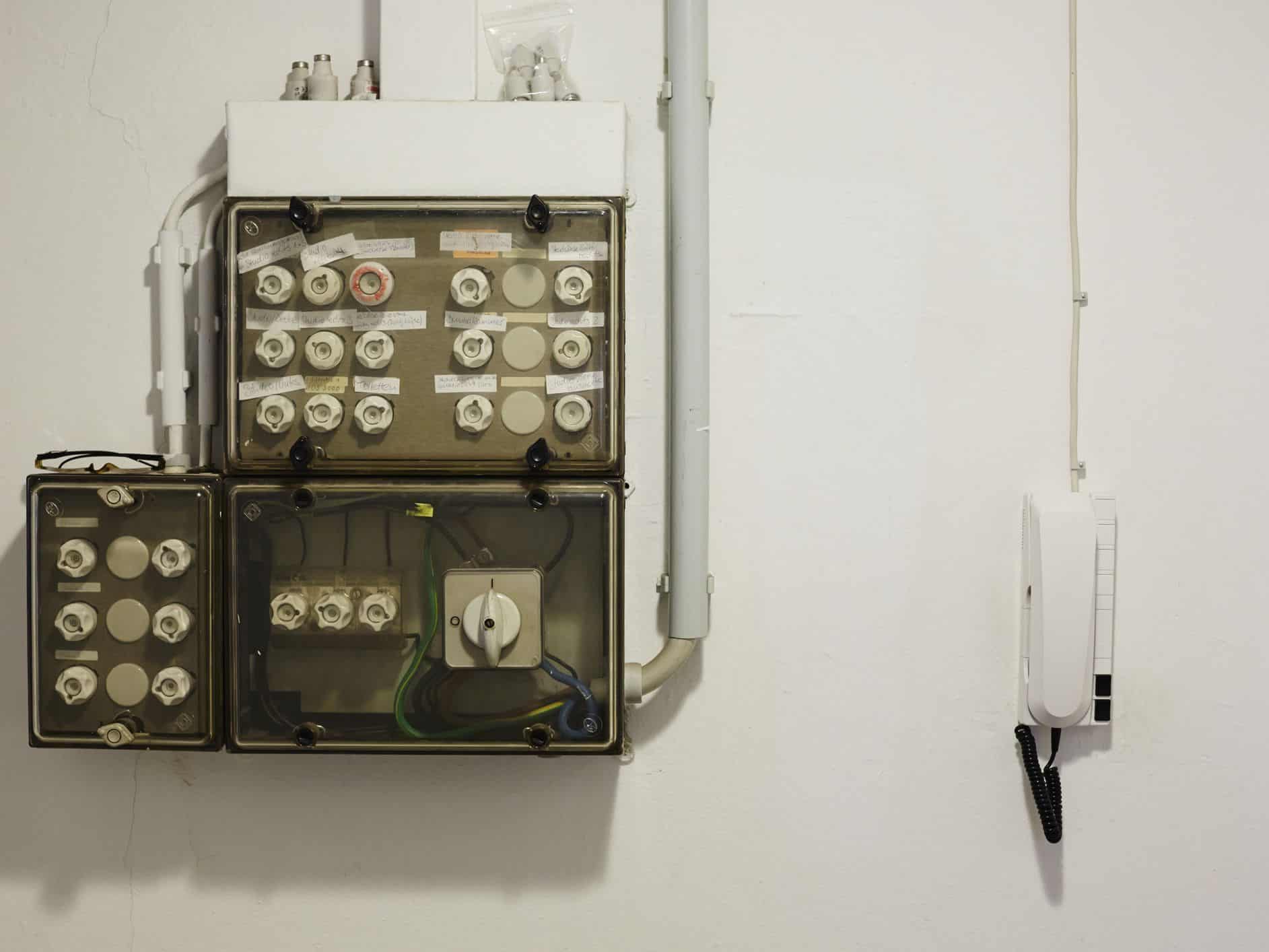 Is It Safe To Use An Old Fuse Box?

Do you live in a house with an old fuse box ad are wondering whether to maintain using it or replace it? So, go through this article to see whether it is safe to harbor an old fuse box or when you get a new fuse box.

There are many disadvantages of having an old fuse box, such as prohibiting you from selling a house with a good value since the house will have an outdated wiring system running in the original wiring. In this article, you will get a comprehensive guide on fuse boxes and the options you may need to pitch a good sale.

Does An Old Fuse Box Affect The Sale Of A House?

You can sell your house with an old fuse box, but the issue kicks in when most lenders have a problem with old fuse boxes instead of a modern circuit breaker panel.

If you are into real estate, your business will boom if you replace the old fuse boxes with new ones instead of selling a house that is not updated with modern standards. To your surprise, replacing an old fuse box is not expensive as you might assume; it all depends on your home's overall wiring.

According to history, electrical power emerged in the 1880s through Thomas Edison. Even though electricity was invented way back, only half of the U.S homes had electrical power. The power wants strong as it was just 120 volts and 30Amps; this electric energy was constant up to the early 1950s.

During this period, the demand for electricity use expanded, leading to the standard increase of the 120 volts to 240 volts via a 60Amp fuse box. Then, in the mid-1960s, there emerged early versions of modern circuit breaker electrical panels that became the electrical standard.

Acts Like A Shut Off Valve For Your Electrical Panel 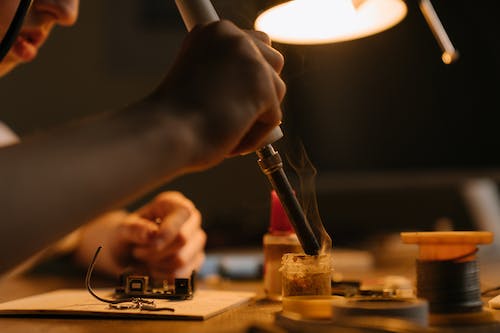 Fuse boxes and circuit breakers serve the same purpose; they protect your electrical panel by breaking the circuit when a lot of electric current starts to flow through your electrical box.

The only difference between the two is that in the old fuse box, the filament is prone to burn when the power surges, then you have to replace the blown fuse. On the other hand, an electromagnet in a circuit breaker box breaks the circuit, which you can easily reset by pulling a lever.

You are not supposed to replace an old fuse box just for the sake of moving with the modern systems. Rather, outdated fuse boxes are not designed to handle the electricity demands of the current electrical demands.

Nowadays, electricity has a lot of uses; you can not add cellphones, televisions, computers and other electronics on top of the lighting appliances of electricity systems designed to handle only 60A MPs. Therefore, the electrical services provided in these new homes match up to 200Amps service.

No buyer will want a house that will blow a fuse when using an air conditioner or just a light bulb. Not to mention that using an old fuse could result in a fire hazard.

Precautions To Take When Using Fuses

If you have a fuse box, you should know that they are not as reliable as using breaker panel boxes, but still, that does not justify them being completely unsafe for use. A cause of alarm arises when you use old fuse boxes in homes that handle higher electrical usage. This normally happens when you put bigger fuses in old fuse boxes than they were originally designed to handle. For example, you can find that a fuse box is rated for 30Amps fuses, but it has 60Amps in it. The 60Amp may prevent the fuse blocks from blowing, but you will be overtaxing your old electrical panel, thus ending up creating a fire hazard.

Here is how to sell a home with an old fuse box. You can explore these three choices.

Replacing the old fuse box with a new breaker panel

Due to the high cost of a new breaker panel, most homeowners are turned off from replacing their old fuse boxes before selling the houses. Wiring and replacing an old fuse panel may cost you around $8500, which is expensive for most homeowners who want to sell their houses.

But little do they know that an electrical system of a house does not always have to be fully rewired when swapping out of an old fuse box to the new breaker panel.

The age of a home is the main determinant of whether or not you need to rewire a home while replacing the old fuse box. If your house is historical with an old knob and tube wiring, which can cause power short out leading to house fires, you need to replace the whole electrical system. But if your home is not that outdated, you can change the fuse box itself and replace it with a circuit breaker. If you only put a new fuse box, you will spend around $1500.

This option will require you to reduce your listing price to account for updating the old fuse box and the wiring costs that the buyer will incur.

Suppose you sell your house in a neighborhood with mostly old houses with outdated electrical systems. In that case, you will have to reduce the price based on estimates on how much it will cost the next owner of that house in terms of fuse box replacement and wiring costs from electrical contractors.

However, if your home is the only one that does not have a new fuse box, or the market is slow, you will have to reduce your prices to get an offer since there is competition from houses that already have new fuse boxes. It is worth noting that the price reduction may cost you more than replacing the old fuse box with a new one. You may reduce your price by $8000, a price that can be too much than just having the old fuse box replaced. You might even get a decent offer on your old building with an old fuse box and not end you closing the sale.

The house is simply a lender's insurance policy on potential borrowers who default on their mortgages. If the buyer fails to keep up with payments, the bank forecloses the property and sells it again to make up for their losses. If your house has an old fuse box, you will have a hard time even by lending it out to a bank for a loan since the house could be potentially a fire hazard.

It would be best to replace your old fuse box with a new one since you might even get a client that demands its replacement.

Selling Your House As It Is

The second and third options may seem the same, but the difference is that in the second option, the buyer doesn't go through a lender to buy a house, so there are no chances that an appraisal citing the old fuse box may destroy the deal.

You will also sell the property as it is, thus avoiding any post-inspection negotiations over your pricing or any repair requests from the buyer. In addition, most cash buyers of properties are often investors looking into renting out or flipping the property. So there is no need to worry about investors since they will replace the main components as part of their renovations plans.

Selling the house as it is will make you benefit from a quick closing timeline. This method is the easiest way to do away with your old home without the hassle of replacing your old fuse box, but it will only mean that you will receive less money than the expected sale price if you would have replaced it.

No, it is not illegal to own an old fuse box, but your home will not be up to code. According to The National Electrical Code, all breaker panels should be installed at the exterior wall of your home so that in any case a fire occurs, a firefighter can shut off the main electrical switch from outside. Unfortunately, in most cases, you will find historical houses having old fuse boxes mounted in the basement, garage or behind home panels inside a home. It can make it hard if there is a fire hazard or even more difficult for homeowners to get insurance afterward.

2. Should You Sell A House With An Old Fuse Box?