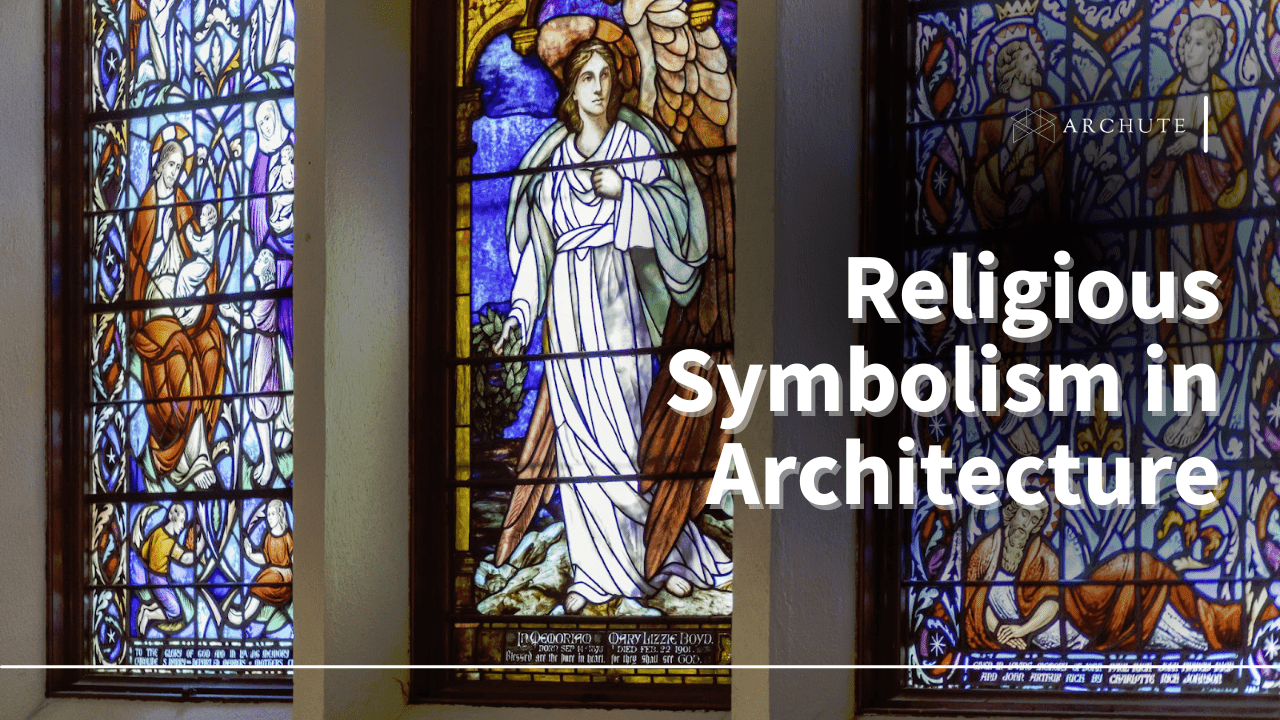 4 Different Ways to Incorporate Religious Symbolism into Your Designs

Religion has inspired some of the most enduring and iconic designs in the world of architecture, with some structures of worship standing for millennia and demonstrating the skills that ancient builders had long before the technological revolution of the 20th century.

Today, it’s not unusual for the themes and teachings of various religions to be incorporated as part of designs which appear in a context that isn’t strictly religious, whether that’s in domestic or commercial spaces.

The key is understanding the best way to bring religious symbolism into play based on the nature of the project and the parameters of the design. There are lots of options out there, so let’s talk about just a handful to get your creative juices flowing.

It’s not just gothic architecture that’s suited to the use of stained glass. Scenes of religious significance, symbols of faith and anything else for that matter can be depicted in smaller scale windows that can suit homes of all sizes. 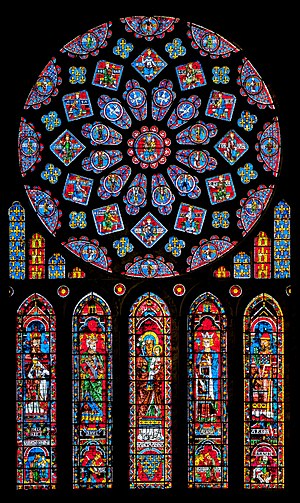 Obviously the issue with stained glass from a practical perspective is that it can partially or totally obscure the view out of any window or door into which it is set. On the plus side, it’s a way of letting more natural light into a room or hallway without compromising on privacy for the occupants, so it’s something of a double edged sword.

Using religious pieces for interior design as a versatile option

If you’re looking for a more malleable and versatile way to incorporate religious symbolism into a space, then religious pieces like those found at House of Joppa are ideal.

From plaques and signs which include messages of devotion and faith, to statuettes, crucifixes and even holy water fonts, there are a multitude of different products which cater to this niche right now. 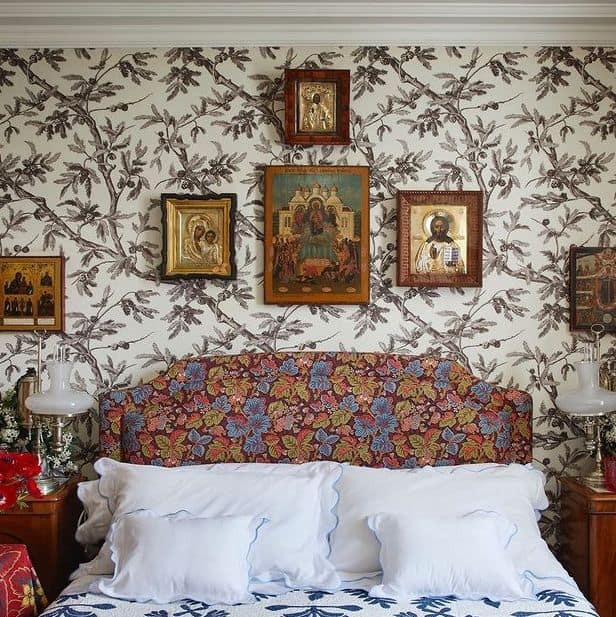 The trick to incorporating religious symbolism as part of an interior design plan is not to overdo it. Subtlety is better as it prevents you from overwhelming a room with overtly religiosity, while still leaving a few noteworthy touches on display to get the message across.

And of course the amount of variety means that you don’t need to worry about needing to compromise any other aspect of your vision for a room just to squeeze in something religious.

Harnessing repeating patterns as a nod to religion

Another element of religious symbolism that’s worth touching on from a design perspective is the relative simplicity of many of the symbols, and the opportunity that this presents in terms of transforming these into repeating patterns across a property.

From metal railings and handrails on stairways, to curtains and carpets, there are all sorts of potential uses for patterns adapted from well known symbols.

Tiled flooring can also work well for this purpose, and you might even pick a motif to reflect in larger scale elements of your design, such as in the shape of windows, or the profile of an entire building. 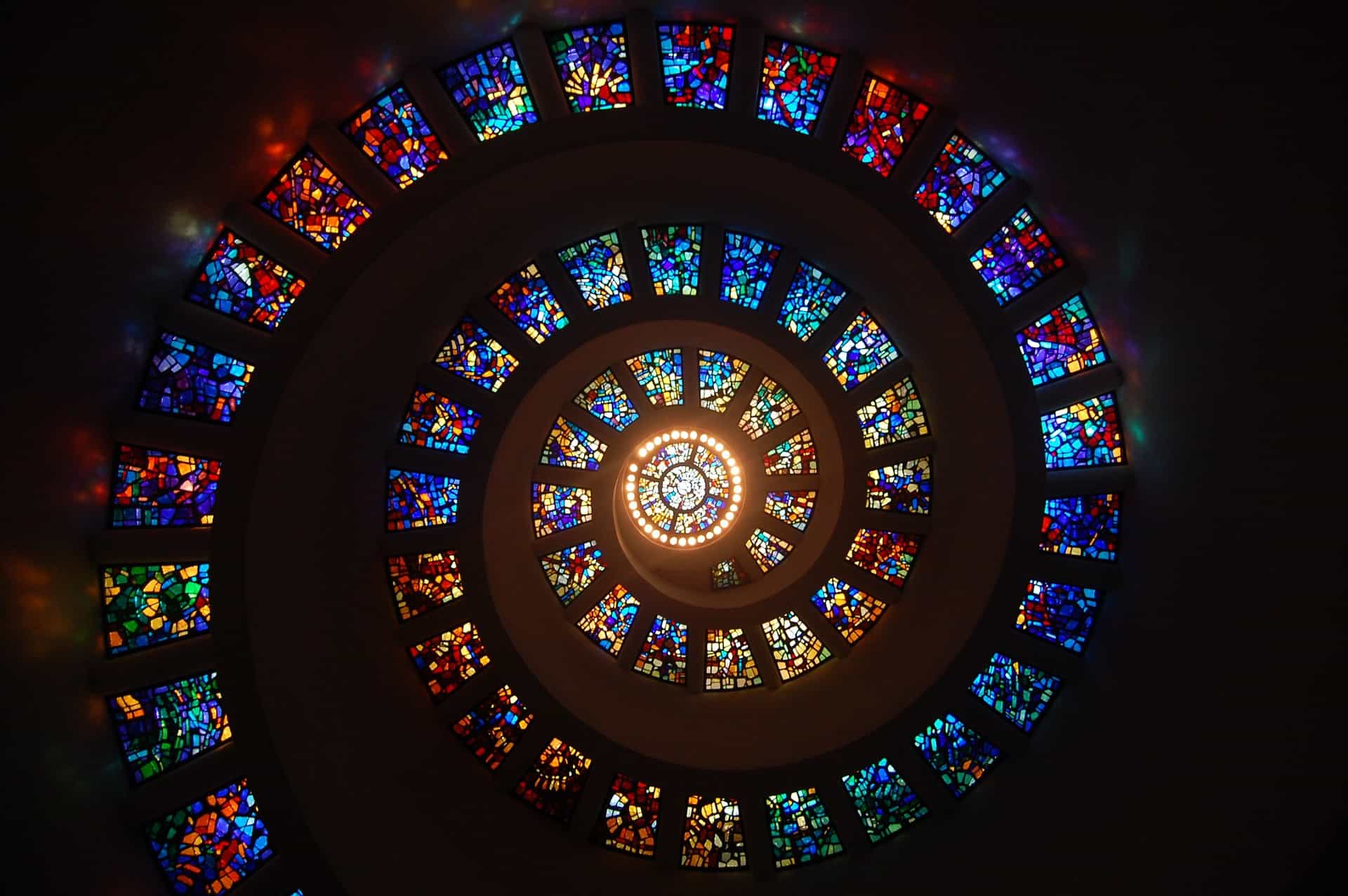 Obviously if you’re creating this design for a client, it’s sensible to get their feedback, with the boldest use of religion-adjacent patterning likely to be a more divisive choice that has to be given the green light as early in the process as possible.

Thinking about the role of color to create a deeper meaning

The thing about symbolism is that it’s open to interpretation and in turn can be tweaked and repurposed in whatever way you see fit. There’s no need to be too prescriptive about how elements of religion are included in designs, as a result, and color is a good way to say something special while stepping off the beaten path and avoiding clichés.

Colors are attached to different religions in different ways, from the striking reds and blues of early Christian art, to the gorgeous greens and yellows of Hinduism.

Indeed there are a wild variety of interpretations of colors across every major and minor religion on the planet, which gives designers the freedom to apply meaning to their choice of hues and also avoid the need to be too overt with the symbolism if subtlety is preferred.

The prospect of taking religious symbolism and applying it to any type of design can be daunting. Yet as we’ve discussed, this is also a chance to think outside the box and make the most of the rich history of art and culture that comes with religion, which has to be a positive thing.