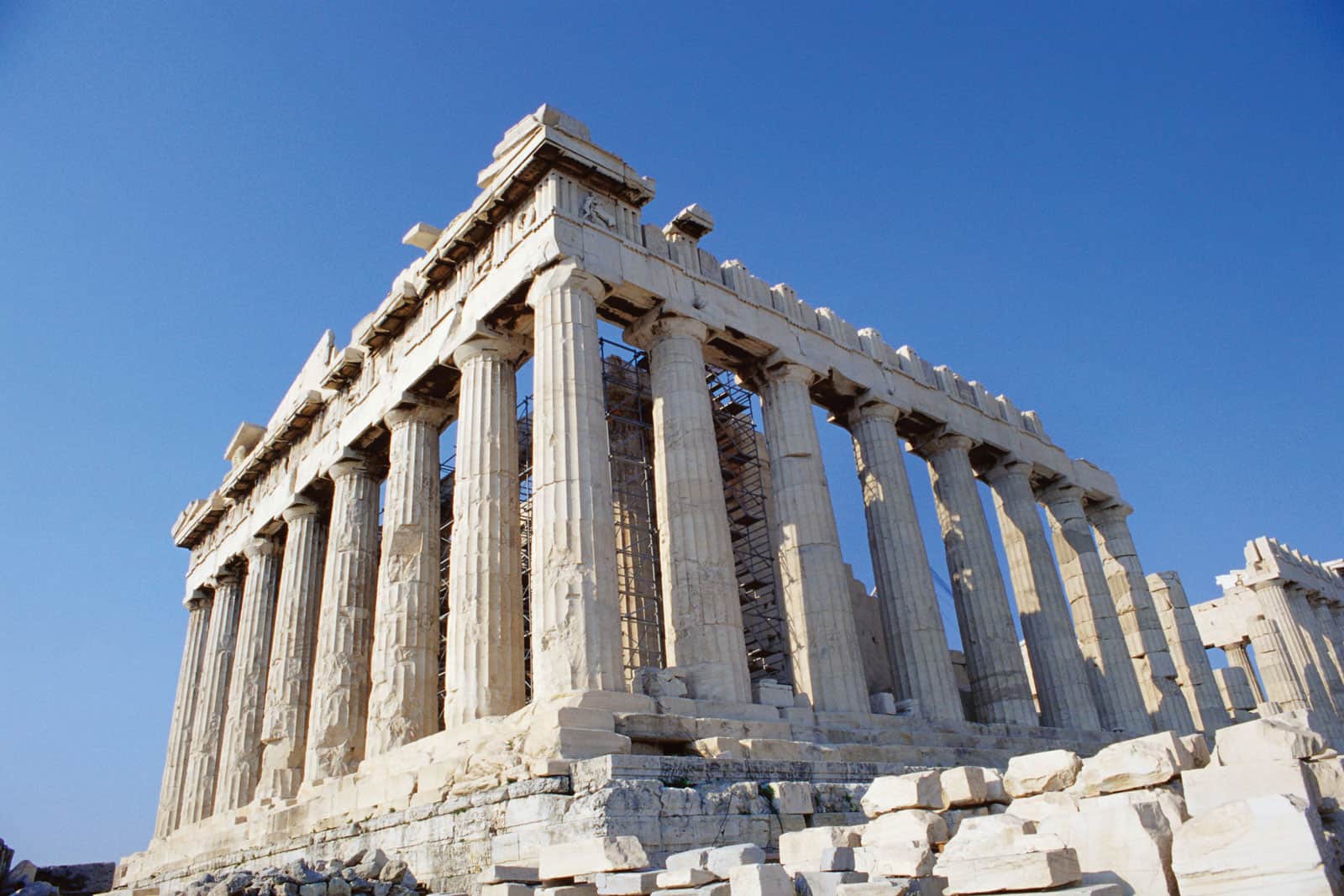 20 Classical Buildings Architects Should Know About

Posted at 12:46h in Architecture, Features by Ian Mutuli 0 Comments

Architecture is the art of telling stories and architects are our storytellers. They tell the story of how we have evolved, where we've come from, how we view the world, how our ancestors thought, and where we want to go. Architecture not only sees to our needs but also to our desires.

How Architects contribute to Our World

Architects allow us to represent ourselves. They translate our voices into brick and motor that will stay long after we are gone to guide the ones who will come after us. They express our fears, joys, pleasures, hobbies, and needs in a way that can be understood without words.

When we look at the brilliant buildings designed by architects throughout the years, we're able to learn a lot about our history. The storytellers may change but the story continues and the art of storytelling gets better.

This is why today we're looking at the 20 classical buildings that every architect should know about because we want our storytellers to keep getting better. So if you're an architect, we hope that this article inspires you to embrace the mantle of telling the story better.

Classical architecture originated in ancient Greece and ancient Rome. It is known for its qualities of symmetry and proportions, unique columns, rectangular windows, and the use of marble or some other attractive durable stone. However, over the years other materials such as brick, stone, and concrete have been used to construct buildings using this principle.

What makes a building classical?

The Greeks were particularly keen on proportions and aimed to relate the individual architectural components to the whole structure. They based this system on three basic styles/orders that formed the core of Classical Greek Architecture. These are Doric, Ionic, and Corinthian.

The Romans however, went a step further and added two styles of their own which are Tuscan and Composite.

20 Classical Buildings Every Architect Should Know About

In this article, we'll look at some of the noteworthy classical buildings that have inspired many architects to design wondrous structures over the years. Looking through the history books it's clear that growth happens when one great architectural work informs the next. We hope that you find some inspiration to get those creative juices flowing.

Starting us off is one of the greatest works of architecture and engineering. Originally known as the Flavian Amphitheater, this work of art could accommodate 60,000 seated people and an additional 10,000 standing people. The colosseum has 80 entrances and is the largest amphitheater ever built. In addition to being a symbol of Rome, it is also a symbol of great resilience. Having withstood lootings, earthquakes, and even bombings during the 2nd world war, the foundations of this great classical building still stand. Over the decades it's been used as a castle, church, cemetery, and even a storehouse. This classical structure speaks volumes about the Roman empire and its history.

Located in Rome, Italy, the Pantheon is ranked among the greatest spiritual buildings in the world. It was initially built as a Roman temple but it was later consecrated as a Catholic church which it remains till today. However, the Pantheon is devoted to the worship of every god and its name speaks to this. "Pan" means every and "Theon" means divinity. Through the great bronze doors, you enter one great circular room. The whole space is illuminated by natural light which enters through the unglazed oculus at the center of the dome. Its monumental porch now fronts the Piazza della Rotonda. Previously, this porch faced a rectangular colonnaded temple courtyard.

The Maison Carree is one of the best-preserved temples of the Roman Empire and was monumental in influencing the Classical Revival era. Although its name means "square house", it is rectangular and includes 33 columns built in Corinthian style. Located in Nimes, southern France, this classical building was commissioned by Marcus Agrippa and was constructed using local limestone. Maison Carree inspired many buildings such as the La Madeleine in Paris and Thomas Jefferson's Virginia State Capitol in 1806 and 1788 respectively. This monumental arch was constructed under the rule of Septimus Severus in recognition of the unprecedented Roman victories over the Parthians. This was such a big deal that the Roman senate had a bronze gilded inscription placed on the arch, to pay homage to Septimus and his two sons. It is still recognized as a unique triumphal monument by all standards and stands tall as a reminder of the buoyant Roman Republic that was. A remarkable archeological site in modern-day Lebanon, the Temples of Baalbek are considered one of the most spectacular wonders of the world. The temples attract visitors from all over the world who want to marvel at one of the most prestigious and well-preserved temples built in the ancient Roman era. The Library of Celsus was actually a monumental tomb that was dedicated to Gaius Julius Celsus Polemaeanus and was ordered by his son. With beautifully carved interiors and a mesmerizing classical architectural design, it was one of the most impressive buildings of the Roman Empire. To this day, the surviving facade retains its awesome decorations and relief carvings.

Are you a fan of Greek mythologies or Greek myths? If you are, you've probably heard of Athena, the Goddess of War, and Zeus's daughter. If you are lucky enough to have visited Athens, the image of the Parthenon powerfully dominating the city skyline is probably still etched in your mind. Designed as the focus of the Acropolis building, the Parthenon is the most famous ancient Greek temple and is based on the Doric style. The main function of this temple was to shelter the statue of Athena. Its Doric design of 8 columns at the facade and 17 columns at the flank was a conscious decision. Viewers who came to see this monumental statue were not allowed to enter the temple and instead looked through the open spaces.

Just like the Parthenon, the Erechthenion is a temple that was built in commemoration of the Gods and was used for religious rituals. This intricate temple was born of a complex plan because of the site in which it is situated. The uneven ground required strategic planning to allow for the proper construction of this monument. Although both are constructed in the Doric style, the Erechthion strikingly differs from the Parthenon with its delicate forms and its elegance. The temple faces east and its entrance is lined with six Ionic columns. It has two porches one of which is on the southwest corner and is supported by 6 female statues famously known as the Caryatids. Truly a sight to behold.

Another temple that was dedicated to the Goddess Athen is the Hephaisteion. The name, however, comes from the fact that it was also dedicated to Hephaistos, the God of Furnace. An intriguing fact is that this temple is made of mostly Pentelic marble while its base is made of limestone. Located at the top of the hill of Agora, it has 6 columns at its front and rear and 13 columns on each of its sides. Although this classical building was originally dedicated to these two supernatural beings, it was later converted into a church in the 7th century; the church of St. Georgios.

Built using the Doric style and located in Corinth, Greece, this temple has 6 columns at each end and 15 columns along its sides. Built from fine-grained grey limestone, it was actually built to replace another temple. However, the sculptures and more decorative parts are made of marble. A unique feature of this classical building is that all the Greek styles were used in its construction. The Doric order was used on the outside for the columns, while Ionic and Corinthian were used on the inside designs. Located in Athens, the Temple of Olympian Zeus was dedicated to the "Olympian" Zeus and is well known as the Columns of the Olympian Zeus. It was a colossal temple located at the center of Athens and although the work started in the 6th century, it was stopped for unknown reasons. It wasn't until 131 A.D. that the work was continued under the reign of the Roman Emperor Hadrian.

The Greek Herodes built this classical building in memory of his Roman wife, Aspasia Annia Regilla. It was originally a steep-sloped theatre with a unique wooden roof made of expensive cedar of Lebanon timber. During its active years, this stone theatre could host 5,000 people. In 1950, it was rehabilitated and its stage and seating area rebuilt with Pentelic marble. It now hosts various Greek and international performances. Located in Olympia and dedicated to the Greek goddess Hera, the Temple of Hera is one of the oldest temples in Greece. This temple has 16 columns and is believed to have been constructed from wood which was later replaced by stone. It was built using the Doric style.

The Temple of Artemis was built in Corfu, the suburbs of modern-day Garitsa. It is recognized as the first temple that was constructed in the Doric style. In addition, its construction is believed to have influenced the design of St. Omobono, an old sanctuary structure in Italy. The Temple of Artemis is a landmark in ancient Greek architecture because of its authenticity and magnificence.

15. The Great Theater of Epidaurus 340 B.C. - by Polykleitos the Younger Considered to be the perfect theatre of all time in terms of its design, this classical building was large enough to host 14,000 people during its active years. Its acoustics and aesthetics are considered one of the best. Its design includes an auditorium, an orchestral area, and a stage building.

This classical architectural monument was constructed as a gift to Athens. King Attolos II of Pergamon built it in gratitude for the education he received while he was there. The Stoa of Atalos was larger than any of the buildings that had been built in ancient Athens up to that point. This building combines Doric and Ionic styles and was built from Pentelic limestone and marble.

This well-preserved ancient Greek temple is located in the city of Agora and was built in Doric style. What's fascinating is that it has withstood the test of time and still stands as it did in 415 B.C. Also called Theseum, this temple was dedicated to Hephaestus, the God of fire. Made of Parian and Pentelic marble, it has 6 columns running from east to west and 13 columns from north to south. The Birmingham Town Hall was one of the first buildings of the 19th century to be built in the revived Roman architecture style. Today it is well known as a Grade I listed concert hall located in Victoria Square, Birmingham, England. Its construction sparked the design and build of the monumental town halls that characterize the cities of Victorian England. The Civic Center contains many of the city's largest cultural and governmental institutions. Many of its buildings are constructed in classical architectural style including its 2 plazas, the Civic Center Plaza and the United Nations Plaza.

Located in Paris, the Hotel Ritz overlooks the octagonal border of the Place Vendome at number 15. The hotel was among the very first hotels in Europe to equip each room with its own telephone, en suite bathroom, and electricity. It is currently ranked as one of the most luxurious and prestigious hotels in the world. A great fact is that it was constructed behind the facade of an 18th-century townhouse and remains a great modern symbol of classical architecture today.

We hope that you've enjoyed this journey through the 20 classical buildings that preserve our history in time. Just like the ancient Greeks and Romans, you too can create powerful works of art just like the likes of Iktinos, Mnesikles, and Antoninus Pius.

We hope that this summary has inspired you to continue telling our stories through your brilliant works of creative design.