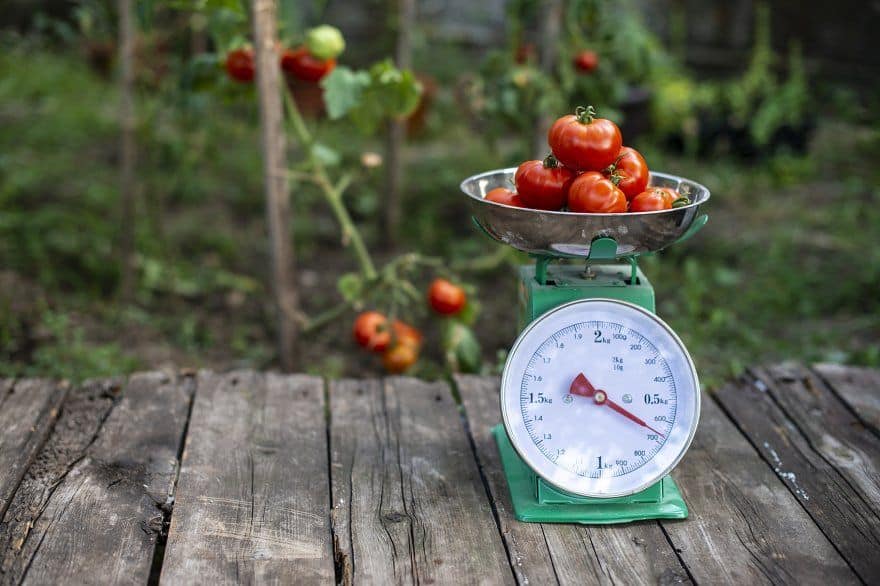 How Many Tomatoes Are in a Pound And Cooking Tips

The US is one of the largest tomato producers, so if you are within, you have plenty of tomatoes to add flavor to your meals. So, we got you covered; that is why we shall discuss how many tomatoes are in a pound. This will help you know how many tomatoes you need for that specific meal you're about to prepare

It is important to know that tomatoes come in different species, making them vary in color and size. Therefore, if you want to use the correct amount of tomatoes, ensure that you use one type. This makes work easier on your side by providing more accurate results.

How Many Tomatoes Are in a Pound? So, how much does a fresh tomato weigh? This also depends on the size of the tomato. So, if you have one large tomato and put it on a scale, you will notice it weighs about 7 oz, while a medium one weighs 5 oz and the small ones weigh 3 oz.

How Many Cups of Tomatoes Make a Pound?

Sometimes your recipe could include tomatoes in cups instead of pounds. But if you're not sure how to convert that, you could have a problem. The good news is that its pretty straightforward; to get a pound of tomatoes, you will need a cup and a half of chopped tomatoes.

You will need about three cups of tomato puree to get a pound.

How many Cups of Tomatoes are in a Can?

Canned tomatoes help save the day, especially when they are out of season. They are also very popular, and you might want to know how many cups make a full can. So, if you have your canned tomatoes and your recipe calls for several cups, you can easily tell how much to use. 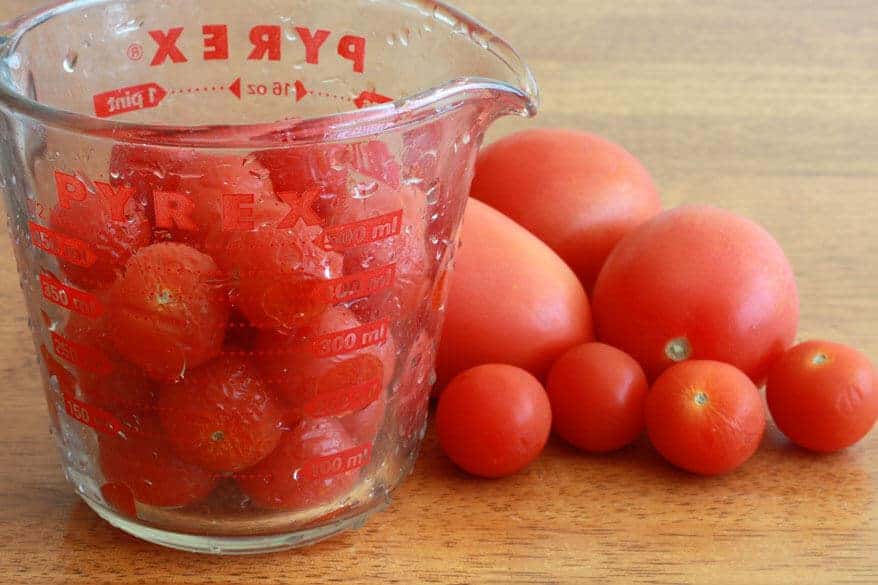 A 16 oz can of tomatoes gets filled with roughly two cups of fresh tomatoes. So you can use a single container of canned tomatoes if you need two cups for the dish.

b). Cherry tomatoes that have been scooped out create delicious edible cups for fish or egg salad, herbed cheese, or as an appetizer. If you wish to make a side dish, baked, or condiment for sauces, you can use a standard-sized hollowed tomato filled with any stuffing.

Before filling, drain the hollowed-out tomatoes by turning them upside down for ten minutes. Put stuffed tomatoes in a muffin tray to keep them from falling apart while baking.

c). When cooking tomatoes, avoid using an aluminum pot, pan, or utensil. The use of aluminum in the cooking process makes the tomatoes bitter and causes the color to fade. In addition, the acid in the tomatoes can pit and corrode the aluminum cookware, and the dish will absorb some of the aluminum.

d). The tomato's high acid content will naturally slow down the cooking of various other dishes. Cooking beans with tomatoes, for example, can take up to 20% longer than cooking beans without tomatoes.

e). Sauces are the greatest way to use plum tomatoes. The best tomatoes to eat raw are the globe, cherry, and grape tomatoes. However, all varieties make delicious tomatoes.

Where and How to Get the Best Tomatoes

If you didn't know, locally sold tomatoes are better than those sold in supermarkets. Although supermarkets also stock fresh tomatoes, they are picked while still green to prevent them from bruising while in transit.

However, if you buy from the farmer's market, you will get ripe tomatoes with better flavor, texture, and color. Although these may not have the best shape and skin like those bought from supermarkets, you will love the flavor and texture more than make up for it. 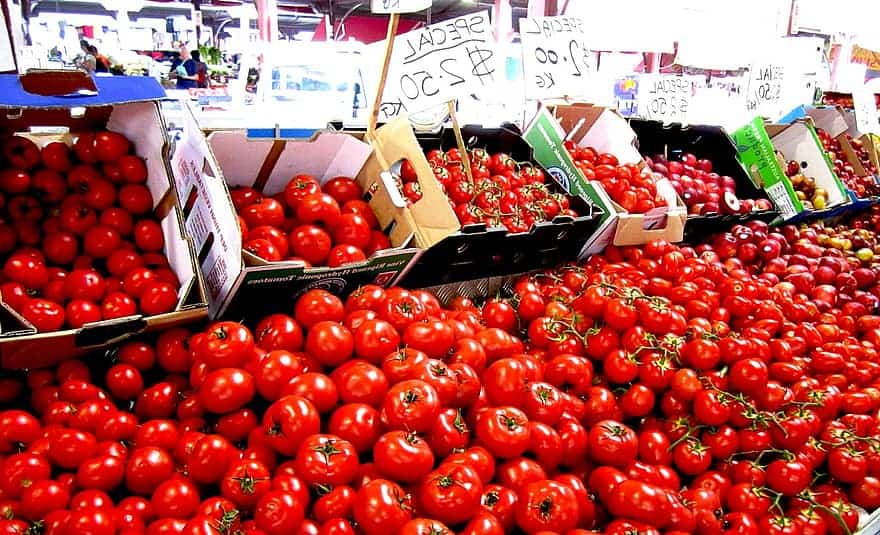 You can also plant tomatoes in your kitchen garden to get the best. However, if you do not know when to plant tomatoes, you can ask the farmers around you. Using the best fertilizer for tomatoes can also increase your productivity.

Choose tomatoes that are smooth, firm, and shiny when shopping. Watch out for any bruising or swollen areas. Tomatoes that have bruises and spots and patches are either overripe or rotten. So, should you be worried about black spots on tomatoes? Definitely yes, and also avoid them.

You may always use canned tomatoes if you don't get the best tomatoes. They have a sweet flavor and go well with various foods, including sauces and casseroles.

How Do You Store Unripe Tomatoes?

If you buy tomatoes that aren't entirely ripe, store them in a plastic bowl with holes poked in the lid. Am I suggesting that you should damage your container's lid? Absolutely not, instead, you can use a plastic wrapper to cover the container. The tomatoes will mature more quickly due to the ethylene gas retained by the lid. 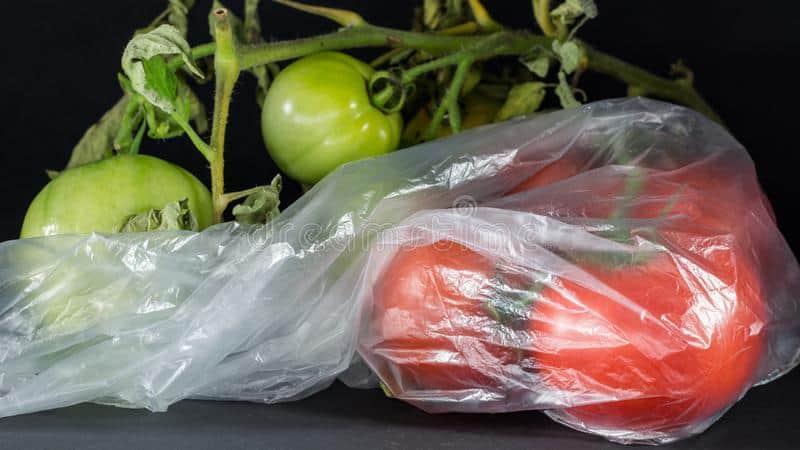 If you have ripened tomatoes, store them at room temperature. For example, you can store them on your kitchen counter. Also, try not to refrigerate your fresh tomatoes unless you have to. This can slow the ripening process.

Frequently Asked Questions on How Many Tomatoes in a Pound

1. What are good substitutes for tomatoes?

Use another variety of tomatoes if a certain tomato is required for the recipe. It may not be the same consistency and flavor, but it's the next best thing.

You can also replace tomatoes with tamarind paste, pumpkin, yogurt, or unripe mango. These are best if used as substitutes in curry recipes.

2. Are tomatoes fruits or vegetables?

Tomatoes are classified as fruits in botanical terms. However, they are legally classed as a vegetable in the United States and are subject to the same duties as other vegetables when imported.

This decision followed the Supreme Court's decision in 1893 that tomatoes should be considered a vegetable because they are eaten as part of the main meal.