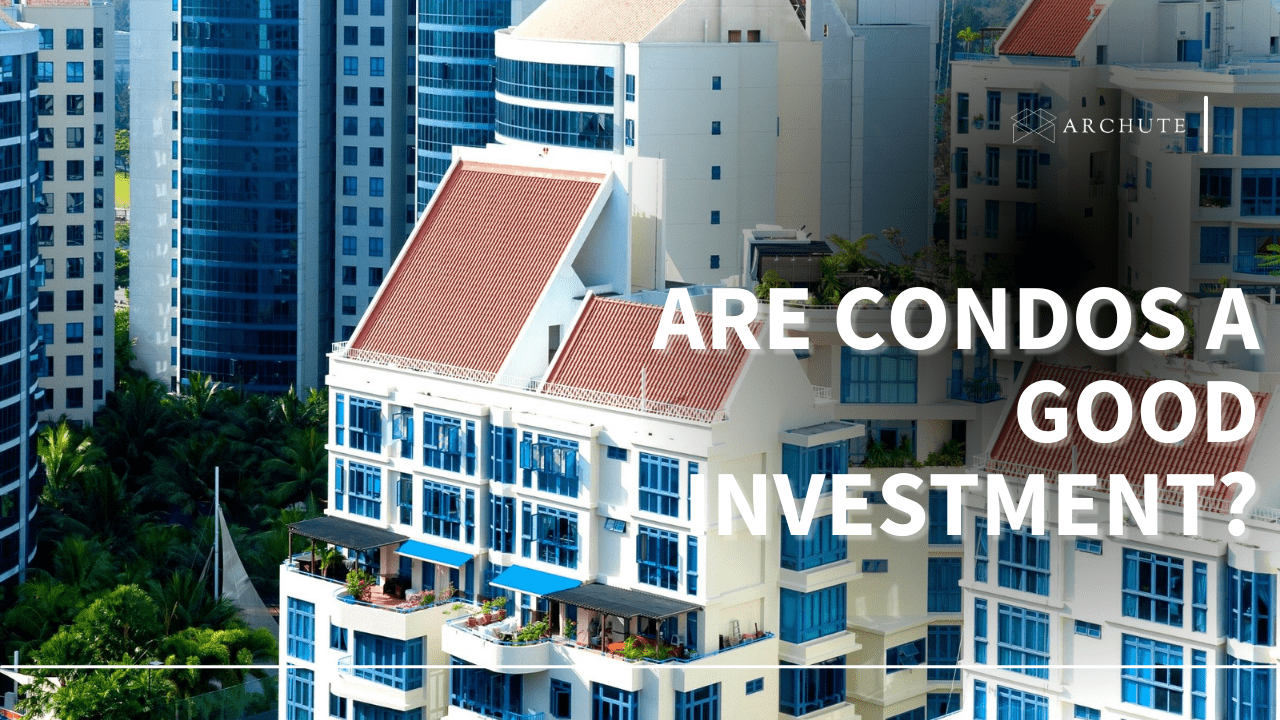 Are Condos a Good Investment During a Recession?

If you're looking to invest in real estate, there are few places that can offer the potential for growth like a condo.

This number implies that many people lost their homes and were unable to afford them any longer. If you had invested in a condo instead of buying a home, your money would have been safe. Condos are especially appealing because they typically have lower maintenance costs than single-family homes and are often located in vibrant urban areas where rents are high.

Many Homebuyers Are Motivated by Low Prices

Condos are a great investment during a recession because they offer homebuyers the opportunity to get into the market at a lower price.

Federal Reserve Economic Data indicates that the median price of homes sold in Q4 of 2020 was $358,700. Meanwhile, the average sales price of existing condominium and cooperative residential properties in the United States was $266,300 in 2020, as per Statista. Hence, the cost of condos was 25.7% less than what homes were selling for on average during that time period.

This means that if you're looking to invest in real estate but don't have enough money to buy an entire house, buying a condo is a much cheaper option than buying a house and renting out rooms to tenants or roommates.

Second, if you own a condo and your neighborhood experiences an economic downturn, your home's value will be less affected than if it were an apartment or single-family home because you only own part of a building instead of all of it.

If there is an influx of new condominiums into your neighborhood, this could also increase demand for your condo because people who want to live there may not be able to afford those newer buildings but could afford yours instead.

It's true that buyers have more negotiating power during a recession. This is because buyers know that sellers are desperate to sell their homes, so they're willing to make concessions that they might not usually make in order to get the home off their hands.

The Joint Center for Housing Studies at Harvard University found that housing prices decreased in four of the five recessions that have occurred since 1980. This means that when people are trying to sell their homes, they're going to have to be more flexible about their asking price.

But it also means that if you're thinking of buying a home, you'll have more leeway when it comes to negotiating with sellers and can get a better deal than usual.

For example, if you're buying a house in a recession and the seller has been living in it for a while, they might be willing to give you a lower price than they would otherwise because they want to move on from living there. Or if you're buying a home from another person who's trying to sell their house, they may be more willing to let you negotiate the price down in order to get rid of it faster than they would otherwise.

During the recession, you also have more control over renovations in the condo, which means you can make it fit your needs better than it did before. This could mean adding an extra bedroom or bathroom or maybe just making it look more modern and cleaner.

Why should homeowners invest in condo renovation? For starters, it's one of the most cost-effective ways to increase your home's value without spending too much money upfront. You can use your existing funds from your down payment or mortgage payment savings account to pay for any upgrades or repairs needed before putting your property back on the market again later on down the line.

If you are looking to buy a condo in the US, the good news is that the recession has created less competition. There's no doubt that condos are a good investment during a recession.

In the United States, the homeownership rate was 65.5% in 2021, as per Statista. This means that most people are not looking to buy homes and are instead looking for cheaper options such as condos.

Moreover, the recession has made it harder for people to get mortgages for homes with high prices and low-interest rates. That's why more people are looking into apartments and condos as an alternative way of owning property.

During times of economic prosperity, more people are looking to buy condos. This increases the competition between buyers and drives up prices. But when the economy falters, fewer people have the resources or desire to buy a condo. This creates less competition among condo buyers during recessions.

Condos are a great investment during a recession because they have fewer maintenance responsibilities. Condos are typically in multi-unit residential buildings, which means that you're responsible for a lot less than you would be if you owned an individual home.

The homeowner's association that typically comes with condos is in charge of maintaining the structure and common areas. Not even watering the lawn or making repairs will be a concern for you. And while this might seem like a small perk, it can be a major relief when you're trying to save money or just get through a stressful period in your life.

In addition, condominiums have shared walls with other units so that each unit has access to shared common areas such as gardens and parking lots without having to worry about maintaining those areas themselves. This means that the owner only has to pay for things like landscaping expenses instead of paying for everything from plumbing repairs to roof replacement costs on top of those expenses as well.

Ask these 5 Questions Before Buying Your First Condo

Here are five questions every buyer should ask before buying her first condo:

Buying a condo is a big decision, and it's important to consider all the pros and cons before you decide where to invest your money. These five questions will help you make a decision based on practical aspects rather than just being emotional about it.

Due to their affordability and ease of maintenance, condos are a fantastic investment during a recession. You can buy them with a lower down payment, and they are cheaper than an apartment or house. They also come with amenities that you won't need to pay for.