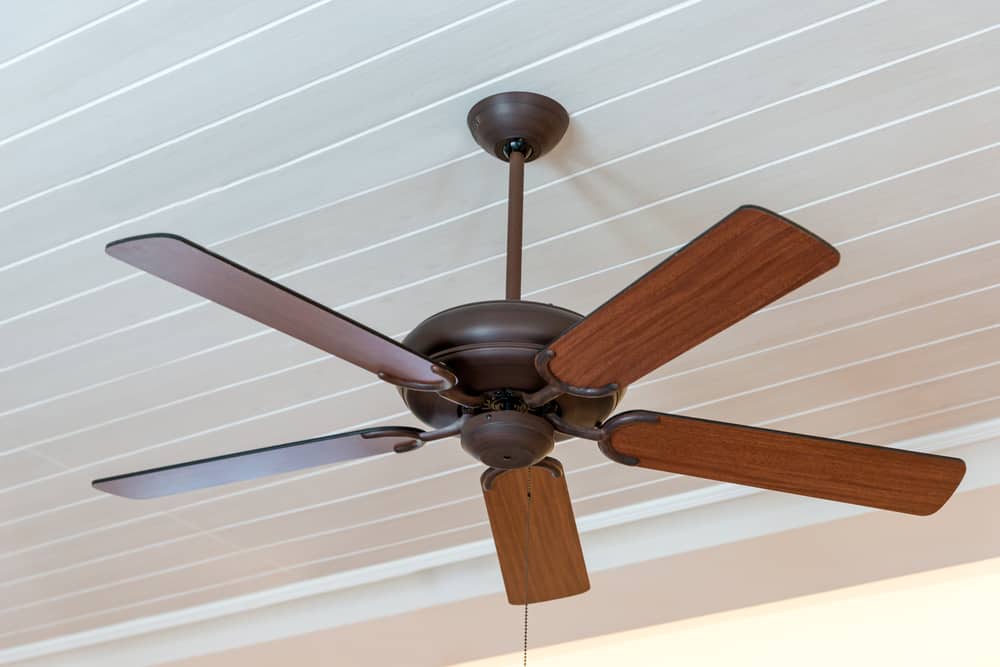 How Much Electricity Does a Fan Use? What is the Cost?

Ceiling fans and window fans come in handy in the sweltering heat that comes with the summer. However, running the fan throughout the hot season may make you wonder how much electricity goes into powering the fans all day long or as long as you need them. Many factors determine the power consumption of a fan when running all day or night. However, you do not have to worry about the electricity bill as you would when using air conditioners. That being said, how much electricity does a fan use, and is it affordable? We will answer these questions in this article.

How Much Electricity Does a Fan Use?

To answer this question, we start by understanding the cost of electricity in terms of money and energy. Electricity is measured in watts. Without going into too much physics, watts is the number of energy in joules spent every second. However, what matters to you is how much you will be paying for the electricity. It is important to note that there is a universal cost of electricity that regulates energy consumption.

Electricity costs about $0.10 per kWh. kWh stands for kilowatt-hour, which is simply the power rating for how much power the appliances use. As promised, no more physics. An average75-watt fan will use running costs averaging to 0.0075USD per hour. If you want to know how much you pay for the fan you are using, you can use the energy use calculator to know exactly how much you use.

Types of Fans and the Electricity they Use

There are different types of fans that have varying power consumption for adequate air conditioning in any room. The size of the fan will be proportional to its consumption and efficiency. The fan speed will slightly affect the power consumed in evaporative cooling or the specified technique used by the fan. Here are a few fan types and the possible electric cost you will incur when using the fans.

Window fans are also known as box fans. Window fans are the best remedy for the ever-rising electricity cost because of the reduced power consumed relative to the efficiency. Wastage of electricity is a thing of the past with window fans because the fans use air that is already flowing. The basic idea behind the functioning of a window fan is moving air in and out of the room through a window. The window fans are placed at the window where air flows in and out.

Windows fans are less costly than air conditioners because they use little power per hour, significantly reducing the energy cost. However, installing air conditioning in a room wastes electricity, especially if windows could use box fans to solve the problem. Window fans average between 35 and 100 watts depending on the brand and the size, beating other cooling appliances in energy saving. Unfortunately, many fans within the range of energy use as box fans are not as effective as window fans.

Due to the intelligent design of window fans that boost saving money, you can improve the airflow in your house without using an air conditioner. Instead, it is better to use two window fans on two separate windows to allow as much fresh air into the house while cooling the room. Place the fan in the cooler side of the house so that it will let in air, while the fan on the hotter side should push out air to create the necessary flow.

Ceiling fans use between 55 watts and 90 watts, depending on the size and speed of the fan. A ceiling fan has blades that will determine how much energy will go into running the fan. The best ceiling fans are energy efficient and are preferred by many people because they occupy unused space. In addition, the location of a ceiling fan makes it ideal for air circulation. Ceiling fans are energy-efficient fans because they use air already in circulation in the house, making them the best for large rooms with windows slightly far apart.

Using the kWh cost, you will realize that ceiling fans score highly in power consumption. Ceiling fan use is recommended for anyone mindful of the design of the house because they come in different styles, sizes and speeds. However, ceiling fans will contribute to only a fraction of the total power consumption in the house.

Tower fans are synonymous with energy efficiency because the cost to run the fans is low enough to be close to negligible. The fans can circulate air efficiently regardless of the floor space. Tower fans, just like ceiling fans, move air within the same room without getting some from outside the room. The fan's motor is strong enough to supply the house with cool air while maintaining a friendly electric bill.

Tower fans use an average of 48 to 100 watts to run. The fans have the advantage of moving from one room to another. Therefore, you do not have to invest in more than one fan, further saving on costs that you would use to buy a new fan. Power consumption of the tower fan is consistent with other fans, while the advantages are more. Tower fans are portable, meaning you can move around with them in a hot season, unlike the ceiling fan that is permanently installed.

House fans use between 120 and 600 watts of electricity. Given the amount of work the fans do, the energy consumption is justified. House fans do a great job in the central air conditioning while getting rid of the warm air in the attic, which other fans do not do. The electric motor in the fan runs consistently to use the right amount of watts per hour while creating the appropriate heat relief in the house. The energy use of a house fan is one thing you can count on, and the average cost will not exceed the relative performance of the fan.

Smart fans reduce electricity consumption by up to 11% while creating heat relief in the same manner as the other fans. In addition, the fans automatically turn off when the temperature is low enough to endure.

A pedestal fan works similarly to a window fan. You can expect to use only $14 of electricity every year on a pedestal fan, which is a fair price. Pedestal fans can have three or five blades depending on the amount of wind you want in your house and how much it costs. In addition, the fan is portable and does not have to be fixed in one room, reducing the ownership cost compared to a ceiling fan.

A table fan uses an average of 40 watts of power per hour. Table fans are the cheapest to run and the most convenient to own, considering the size and other factors. A table fan can come with you everywhere you go, including your office. Bringing a fan with you reduces the cost you would take to install fans in every place you spend your time. Table fans are your best bet when you are looking to save on costs.

Unlike other home appliances, fans use the least amount of electricity. However, if you have a lot of floor space to condition, you will have to consider knowing how much you pay the electric company every month. Learn how to calculate the power consumption against the electricity tariff to increase the energy efficiency when using or buying a fan.