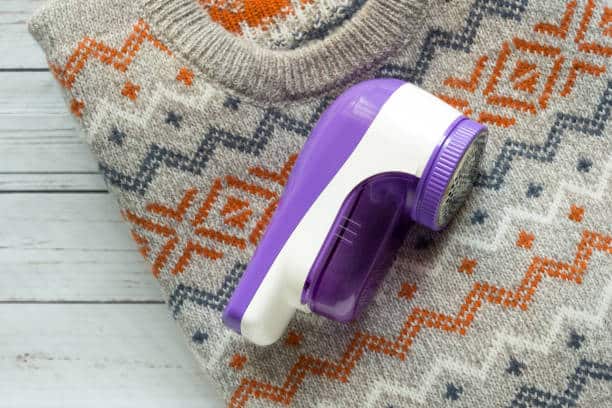 How To Remove Lint From Clothes And Other Prevention Methods

Seeing bobbles of fiber on your clothes can be very irritating. However, there are faster ways to remove lint from clothes without picking them off one by one. The bad news is that lint won't only appear on clothes. It will also appear on upholstery, especially if your upholstery is a cotton blend type of fabric. Dark clothes especially look awful with lint stuck to them. However, there are multiple lint removers which we will discuss in the next sections.

What Is Lint, And Why Does It Appear?

Lint is basically fabric fibers from clothes and other fabric that sheds. Wearing clothes, washing, or drying, can result in lint developing on your clothes. With friction, the fabric fibers loosen, then, later on, come off and stick to clothes during a wash cycle. Some fabrics are more prone to attract lint than others. Fabrics such as wool, linen and cotton have short fibers in their makeup. This lets excessive lint stick to the clothes.

Why does stubborn lint form on clothes? Broken fibers on clothes become excess lint when they tangle and clump together. Additionally, they form stubborn lint balls that can stick to other clothes as well as other fabric. Lint balls are formed when fabrics shed from the edges of our clothes. Additionally, natural fabrics such as cotton and wool are notorious for having lint. Furthermore, artificial fabrics such as rayon don't usually get lint.

Normally, removing lint gets frustrating. Once those small bobbles are on your clothes, getting them out will take a while. Lint-laden clothes should not be mixed in with clothes that don't have lint. Otherwise, you will be removing lint from all your clothes. More lint means more problems. Additionally, we discuss how to remove lint from clothes and different items for lint removal that you can use.

Which is the Best Lint Remover? 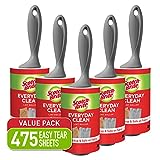 From lint to pet fur and other loose fibers, this lint roller is perfect for removing clothes lint. Additionally, the second use of this lint roller will remove any leftover lint. Regardless of your clothing, you have to be extra careful not to be too rough. The scotch tape has a very strong adhesive for any type of fuzz. Lastly, the ergonomic handle ensures a sure and firm grip when using the sticky side of this lint roller. You can get to lint rolling as soon as your lint roller arrives.

This is one of the best methods of removing any lint from clothes. It is much thicker compared to any other lint brush in the market. Aside from a lint roller, this is the next best thing. It is double-sided to remove lint from clothes much more easily. It will get rid of lint balls for lint-free clothes. Furthermore, it is also perfect for pet owners for any fur, fuzz or debris. Finally, it is a compact clothes brush to freshen up on the go. 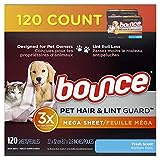 Before pet hair and lint balls get stuck on your next load, all you have to do is use a dryer sheet to prevent lint from sticking to your clothes. This dryer sheet is two times the size of most dryer sheets. Additionally, this dryer sheet is excellent at reducing static electricity. Furthermore, it is also laced with liquid fabric softener to ensure your laundry doesn't have as much lint in them. Therefore, lint-free clothing is achievable with a single dryer sheet. 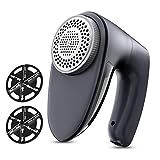 This fabric shaver is a good way to remove small fibers and prevent lint from sticking to your clothes. It can still work while charging, and it is suitable for preventing lint with its six blades that are efficient. Furthermore, using this fabric shaver is safe because it automatically stops if a single thing is out of place. It lasts for at least 60 minutes on a full charge, and it has interchangeable blades. From a single-blade razor to six blades to cover more area. 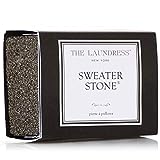 This pumice stone is an excellent way to remove lint from clothes. Your black pants and cashmere sweaters will look as good as new. In any spot where there is a piling of lint, this pumice stone is perfect for getting rid of lint in friction areas, for instance, under the arms and sides. Using the stone is also easy as you simply rub it on the area where there are lint bobbles. Any remaining lint only needs you to gently rub the pumice stone a few times for a lint-free sweater.

How To Remove Lint From Clothes: DIY Methods

Apart from the products such as a lint roller and dryer sheets we have mentioned above, there are also a few other options you can use. Consider these sort of handy DIY methods. Apart from being super cheap, they are also very accessible because most are from your kitchen. Here is how to remove lint from clothes and prevent lint from sticking to your clothes.

After the rinse cycle, the air dryer is usually where most lint forms. However, there are ways to reduce lint from forming. Line drying is one of the best options for this. When you know there is a specific clothing item that produces lint; line drying could work. After separating the item, you can proceed to line dry it, so it doesn't form excessive lint. Additionally, if you can't air dry all your laundry after washing, select the ones that produce the most lint.

b) Wash Your Clothes Inside Out

Washing your clothes after turning them inside out is also a sure way to remove lint. You might have that one piece of clothing you adore, but it sheds like crazy. Try turning it inside out to minimize shedding and keep other clothes unable to attract lint. Fabrics that get lint usually spread the lint to the rest of your clothes when they rub together in the washer. Additionally, when washing your clothes, run the washer with cold water to prevent lint buildup even in the dryer's lint screen, and use the air-only cycle.

Sticky tape is a super fun way to remove lint from clothes. Large items of clothing benefit most from using sticky tape. If you don't have sticky tape, then masking tape or scotch tape could do the trick on your laundry. Each of these tapes is wide tape and are helpful in getting rid of lint in your laundry. All you have to do is stick patches of tape on the problem areas. When you pull them off, they should lift every bobble of lint. Apart from sticky tape, you can also use a disposable razor to shave off lint balls.

When washing your laundry, you can use distilled white vinegar in the final rinse cycle. What you are expected to do is pour a cup of white vinegar into your rinse water in the washer and let it get rid of lint. Since some fabrics are certified lint shedders, you can start the rinse focusing on these specific garments. Furthermore, distilled white vinegar works best for towels. It will remove lint balls and prevent them from forming. Using vinegar and a fabric softener is also acceptable.

You can use the scratchy scouring pad you use when washing the dishes to remove lint. All you have to do is wet it a little and go to town on the garment with lint balls. Your laundry will still look as good as new. A clothes lint roller might work well, but a wet scouring works just as well to get rid of lint. However, be sure to use gentle strokes when rubbing a garment down.

How To Prevent Lint From Sticking To Clothes

Before we discuss the prevention, we need to first discuss what will attract lint and how to prevent it. As previously discussed in the above sections, there are clothes that shed a lot of lint. On the other hand, there are fabrics that also attract lint. For instance, fabrics like linen and other artificial fabric laundry items such as rayon. Here are some ways to deter lint from sticking to your laundry, and in part, how to remove lint from clothes.

i) Clean The Lint Filter

Every clothes dryer has a dryer's lint screen that acts as a lint trap for capturing lint off wet clothes. After using a lint roller or dryer sheets and seeing no improvements, it might be the lint filter. Ensure to always clean out the filter after a few uses because it promotes a strong airflow. A stronger airflow is essential for preventing fires and maximizing the function of the lint trap.

Nothing is as gross-looking as dark lint on light-colored clothes. After washing your clothes, ensure to separate the fabric, and during the drying, don't overload the dryer. Overloading will create more friction, which leads to static building up. Static causes fibers to shed and create lint. Washing should also be done with cold water.

This is one of the easiest ways to make sure your clothes are producing more lint every time. Storing laundry well, and especially the lint-producing ones, is very important. Furthermore, always give your clothes a good shake to dispel any static that has accumulated. If none of these methods work, consider taking your laundry to a professional dry cleaner.

1) Can You Rewash Or Re-dry Clothes To Remove Lint?

Yes. If you have the time to re-do your laundry, then it might get rid of any lint left. However, if you dry with heat, then you should expect more lint to be formed. Any left lint will shed off when you wash the laundry again.

2) Can I Use Baking Soda To Get Rid Of Lint?

Yes, you can. Baking soda mixed with detergent in the washer can help to decrease static. A bonus is that when you wash your whites with baking soda, they become cleaner and brighter. Ensure your washer settings are on cool water.

3) Will Sorting Out My laundry Help To Reduce Lint?

Short answer, yes. Sorting out your laundry should be the first step you take to get rid of lint. Separate your clothes as you normally would, but isolate the lint shedders and any fabric that attracts lint. You can wash them separately as well.

For some reason, no one is always free from bobbles. As a result, everyone is prone to getting lint. While they are the most unsightly things, the right wash and dryer methods will help to get rid of most. However, there will still be some left. Lint balls are stubborn. However, you can easily get any remaining lint out with the methods we have outlined above.