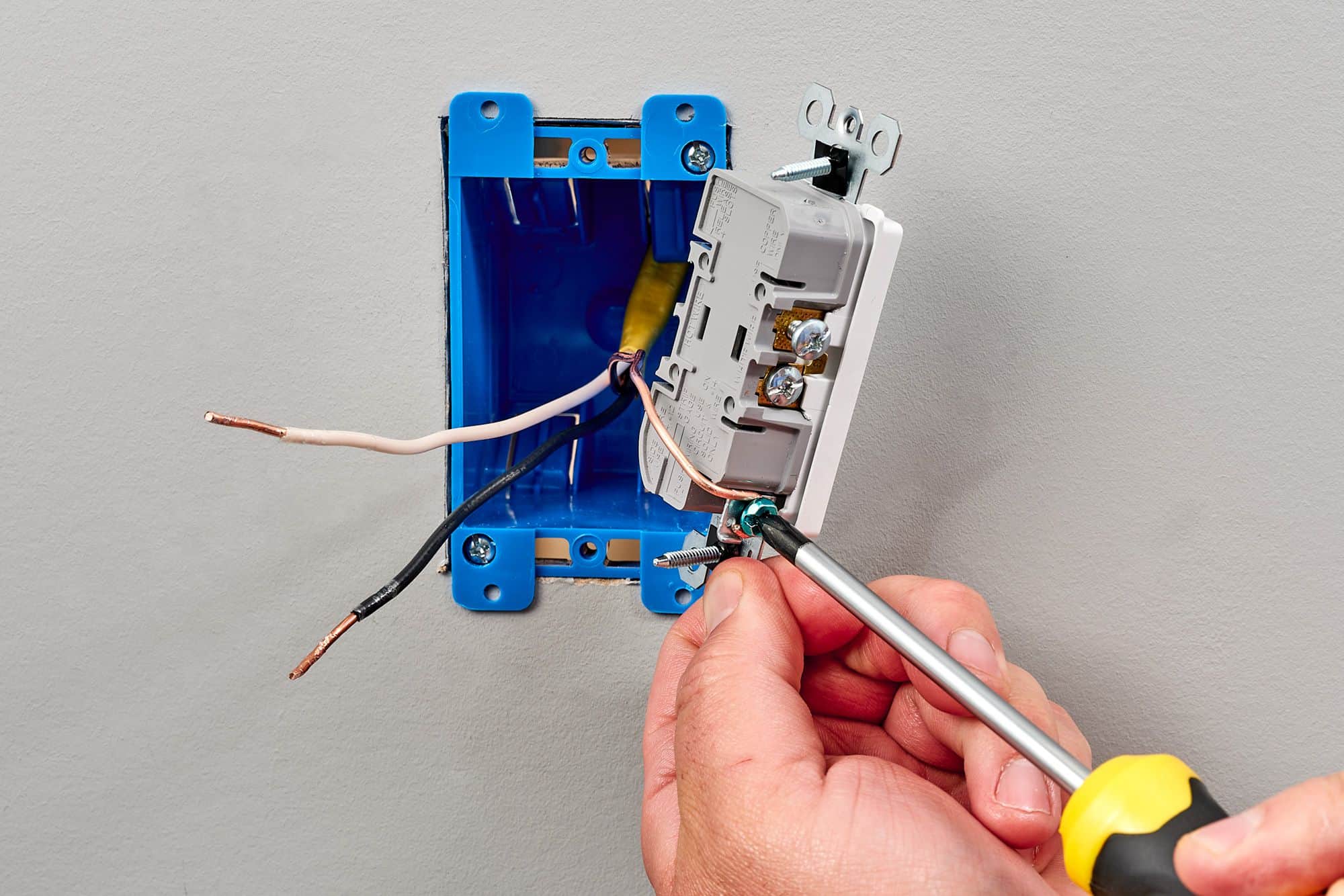 Electrical problems can be difficult to identify, especially when they cannot be fixed by resetting the circuit breaker. Besides, the situation might be rather perplexing when the circuit breaker is on but still no power to an outlet. It means there are various possibilities. We'll take you through the steps of diagnosing a dead outlet, and the article will explain how to begin your search for the problem by looking in the most likely areas. If that does not work, we will show you where to search for loose connections and repair them.

What Are the Reasons for No Power to an outlet?

Conversely, circuit overload usually happens when an outlet receives more amperage than it can handle. When you connect to multiple appliances or gadgets, you risk causing a circuit overload. Loose connections can cause a circuit overload in rare instances. A short circuit occurs when active and neutral wires come into contact. When the wires come into contact, they create a tremendous inflow of current, quickly overloading the circuit and resulting in a short circuit. The current usually flows through an unanticipated channel (the neutral wire), resulting in an overload.

The common signs of a short circuit include smoke, sparks and a popping sound. You may hear the fuse explode out as well. In addition, the active and neutral wires may come into contact with pests such as rodents nibbling on them, slipped wires or a loose connection. These problems can be traced to a malfunctioning electrical system switch, socket, appliance, or fixture. Finally, a short circuit usually poses a fire hazard.

A faulty connection with loose screws and broken wires might be the source of the dead outlet. The junction box usually contains all of the wiring and contacts for an outlet. And the box is mandatory according to state and federal electrical codes.

The junction box is made of either metal or plastic. A loose wire connection or screw within the box might cause the connections to deliver little or no power to the outlet. And since a junction box's electrical outlet and the connections are complex, it is always preferable to contact an electrician to diagnose the problem if a problem arises.

Here's how to identify whether the issue is with the junction box:

A ground fault circuit interrupter (GFCI ) includes a circuit breaker that reduces the possibility of electrical shock. When the passage of electric current takes an unanticipated course, such as in a short circuit, the GFCI outlet usually turns off the power. Ground fault circuit interrupters will disconnect electricity directly at the outlet. These outlets are common in damp areas such as the kitchen, laundry room, bathroom, garage, basement and swimming pools.

Additionally, ground wires are common in other places where water tends to be used or pool. Therefore, they're popular among electricians for mitigating ground problems. GFCI outlets are a mandatory requirement according to the National Electrical Code (NEC).

4. The electrical outlet is damaged.

If you have a non-working outlet in your home and you have previously checked to see if the main circuit breaker within your home's power panel is not off or tripped. It's conceivable that there is damage to the outlet that isn't visible outside. There are many unseen ways that electrical outlets might be damaged, and the damage might have prevented the outlet from working properly.

The only way to know if the outlet is damaged is to open it up and look inside. To achieve this, first, switch off the breaker in the main power panel that supplies the outlets you're interested in. And once you have turned off the power, use a screwdriver to remove the screw that keeps the outlet cover in place.

Tips on How to Find a Dead Electrical Outlet

GFCI outlets, as previously stated, protect you against electric shock by tripping and switching off the electricity at the outlet. There are two buttons on these outlets: Reset and Test. So, if you have a tripped GFCI outlet, you will see the RESET button protruding more. All you need to do is put the reset button back into position, and the outlet will resume normal operation.

Some GFCI electric outlets don't have two buttons. They do, however, connect to another GFCI electric outlet that has the buttons. The connection is referred to as a daisy chain. It signifies that the GFCI outlets are linked in a straight line. Therefore, as a result, it can impact other outlets when on outlet trips. Ensure you look for the second outlet on the electrical system and push the reset button back into place.

3. Ensure the switch is on

Always check to see if the outlet's switch is turned on or off. When a professional electrician comes to repair dead outlets, they sometimes discover that the switch has been turned off. A light is usually a great tool to use to test the outlets. Connect the lamp into the dead outlet and turn on the lights in the room one by one. The switch for the outlet might be placed in another part of the room at times.

4. Look for the issue in the circuit panel.

In the circuit breaker panel, the circuit breakers are located between the on and off buttons. A tripped breaker will be off. To get it working again, flip it back to the on position. Check the outlet with the lamp to check whether it will light up.

Tips on How to Fix Outlets Without Power 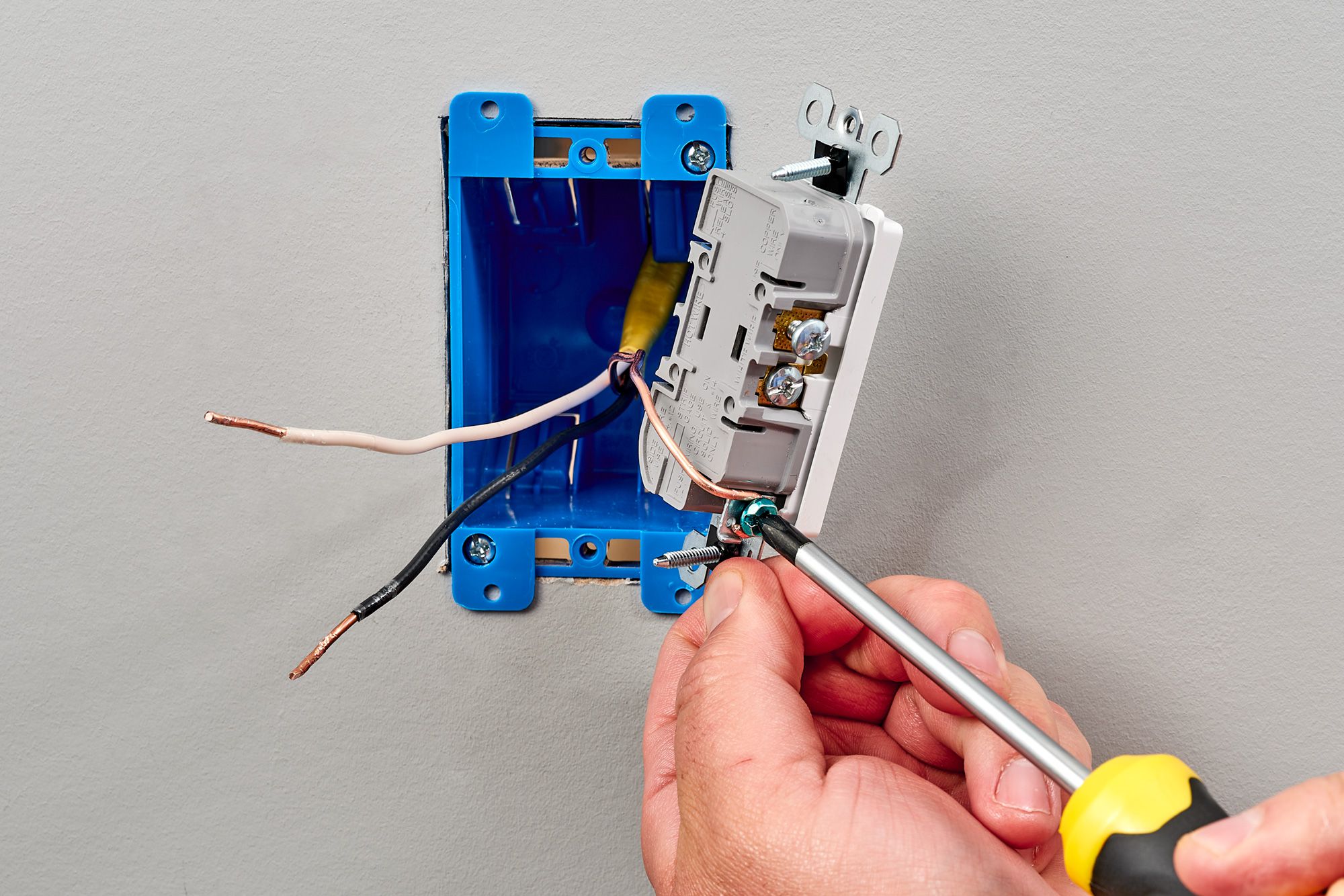 It's usually a good idea to know what to check for if an outlet doesn't function. However, if you cannot determine the source of the problem, it is better to have a professional electrician inspect the situation by checking the wire connectors.

If you find the source of the problem and can resolve it, ensure you take the following safety precautions:

1. Turn off the power in your home

2. Unplug the outlet from the junction box.

There are two ways to connect wires to outlets:

If you come across any frayed wires, don't touch them. And if you must tug on the wires, always use insulated gloves. If you're lucky, the issue might be as simple as loose wires that you can easily reconnect.

If the issue is a tripped circuit breaker, reset it by turning it off and then back on. The circuit breaker may appear fine at first glance, but it has tripped. Therefore, even if everything appears okay, turn the breaker on and off.

After you've double-checked everything, unplug all of the electrical outlets in the house before turning the main/service disconnect back on. This guarantees that your appliances are safe and don't suffer the consequences of an electric current overload.

After that, plugin one device at a time, checking the troublesome outlet to determine if it is operational again. If it doesn't, you'll need to seek expert assistance. Besides, it's crucial to remember to call an electrician if you observe burn marks or chewed wires originating from any electrical outlets. That is the most secure option.