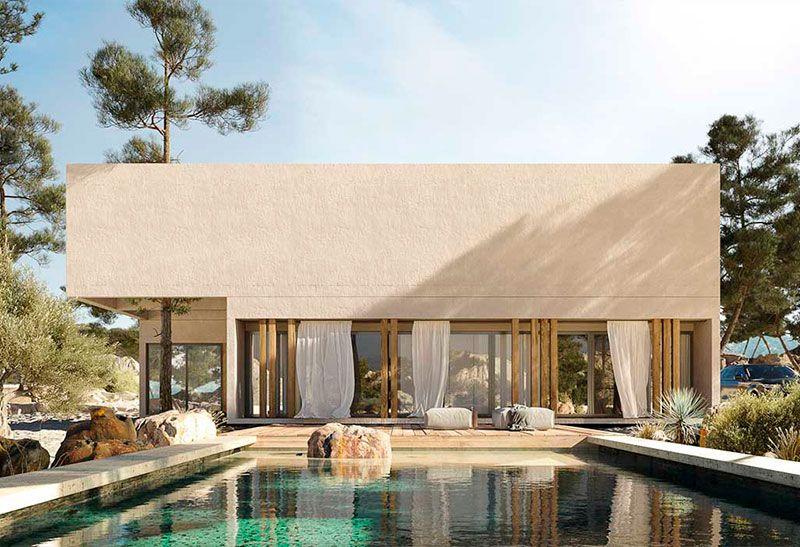 Prefabricated Houses: What They are, Advantages and Disadvantages

Despite the fact that prefabricated houses are nothing new, the increasing sophistication of industrialized systems and the lack of space in large cities make them become topical again, but are they as ideal as they seem?

Densification and rising land prices in large cities have caused many to consider purchasing land on the rural outskirts and building their own home.

The demand for a more adjusted price, and the possibility of not having to suffer the usual setbacks of traditional work, had brought back to the scene the prefabricated construction model that, although it is more than half a century old, seems to be acquiring in Europe vigor that he had never before enjoyed.

What is a Prefabricated House

To begin with, it is useful to differentiate between manufactured homes and modular homes.

A prefabricated house is one that is built entirely in an industrial warehouse and then moved to its final location, where it is permanently located after a brief construction process, in which it sits on the ground, and the facilities are connected to the local network.

Unlike mobile homes (like a caravan, for example), manufactured homes are real property and must remain on their site forever.

On the other hand, there are also modular houses, whose construction is carried out on site, but they have the advantage that most of their pieces are already prefabricated in advance, so that the assembly is reduced to the assembly of modules, as if it were a giant Lego.

This typology has the great attraction of being easily expandable in the future since it is enough to acquire and assemble new modules.

There are many prejudices against prefabricated houses, as if, because they were built in a workshop, they are not “real” houses, or they necessarily have to show a lower quality. But the truth is that nothing is further from reality, since in most cases, it is impossible to distinguish between a prefabricated house and one that is not; there are cases of prefabricated houses with absolute luxury finishes.

There is also a certain trap behind the headline that prefabricated houses are cheaper: although it is true that their manufacturing system implies a reduction in cost and that there are specific models at very affordable prices, a prefabricated house is not much cheaper from a certain range of quality.

In most cases, it is impossible to distinguish between a prefabricated house and one that is not.

How Long Does a Prefabricated House Last?

Prefabricated houses made of pine or fir wood can last up to 100 years if they are properly maintained, and they are also the most environmentally friendly. If it is true that these types of houses require more frequent maintenance, and in general, every five years, they have to apply varnish.

On the other hand, houses made of concrete can reach 70 years of life and do not need specific maintenance, just like those made of steel.

Although it may seem that choosing a house by catalog greatly limits the choice, there are numerous companies that offer a high degree of customization to design a custom-made home, with the client being able to choose between all kinds of materials, distributions and finishes.

Not surprisingly, the final quality of the property depends on the budget, so before judging a possible saving, it is advisable to read the small print since many offers that say "for a price starting at", end up being much more expensive as they are They add accessories.

Finally, it must be taken into account that no matter how much prefabrication is carried out, there will always be a small commissioning process since in the vast majority of cases it is essential to build a foundation in situ, in addition to connecting the house with the urban infrastructure: the sewage system, the electrical network, telecommunications, etc.

Advantages and Disadvantages of Prefabricated Houses:

The indisputable attraction of a prefabricated house is the speed of its execution. The fact that the companies that manufacture them are so specialized facilitates their mass production, which considerably reduces their delivery time.

Most manufacturers guarantee a delivery time of five months, a figure much lower than that of a house built in the traditional way. This is due to the optimization of industrial resources and the fact that there is total independence from meteorological factors (which often delay outdoor works), as they are built in controlled spaces. 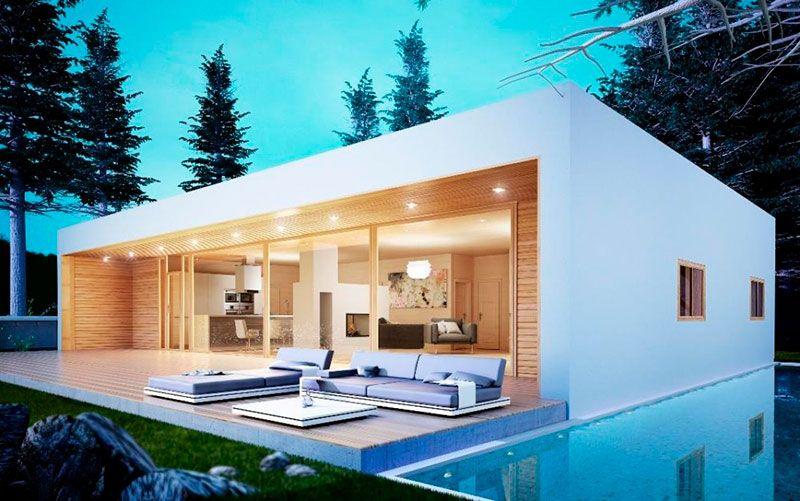 Compliance with Deadlines and Budget

Another of the great advantages of prefabricated houses is the dramatic reduction in unforeseen events during their manufacture. Being produced through a system that has already been refined and tested in a suitable environment, surprises are minimal, and there is a practically total guarantee that the buyer will receive the keys to their home within the agreed period and without spending a penny further of what was agreed.

On the contrary, there are cases in which it is not convenient to choose this option: on very sloping and uneven terrain or on plots with very low occupancy, which make it necessary to build underground floors.

If we are looking for a house that is highly adapted to the terrain and its vegetation, it is also preferable to opt for the traditional construction model.

It is also necessary to be vigilant in urban environments, both because the price of land is much higher (counteracting the possible savings derived from manufacturing) and because it may be subject to urban regulations that excessively condition its personalization. 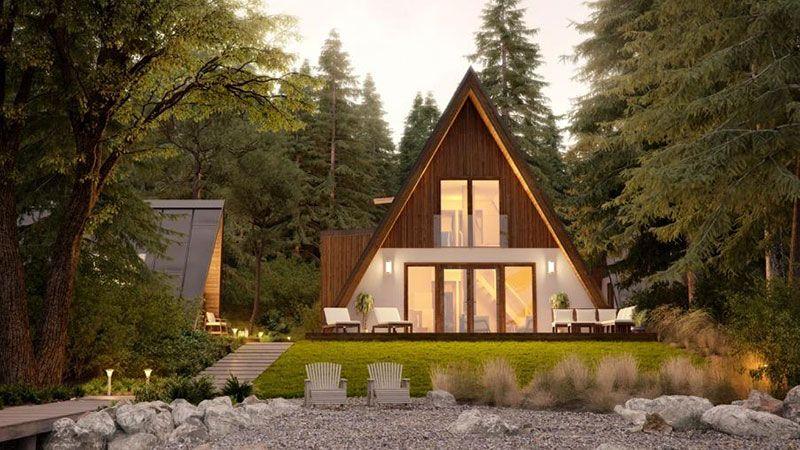 With regard to its mass production, calibrated to the millimeter, the prefabricated construction enjoys a very efficient optimization of resources, which considerably reduces its ecological footprint. A system of this type generates much less waste and also fewer emissions, as it requires much less transport of material to work. If we also add that it also makes it easier for the resulting houses to obtain more efficient energy classifications, it can be said that, at least in theory, producing prefabricated houses constitutes a more sustainable model. 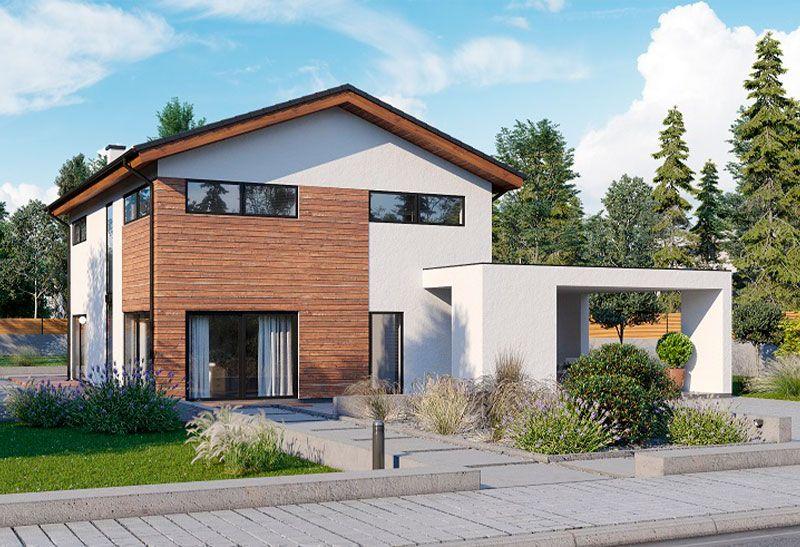 While manufactured homes (such as Nova City homes) have many advantages, they also suffer from some drawbacks, the main one being that they are only viable on very flat land.

The moment a considerable volume of excavation and earth retention has to be carried out, the very concept of prefabrication becomes absurd. For this reason, this type of construction cannot have basements, nor do they include any operation that has to do with the land they occupy, especially if it is steep. This does not mean that a hybrid solution cannot be chosen, building the house in a prefabricated way and carrying out traditional works on the site, but in this case, we would not be talking strictly about prefabrication. 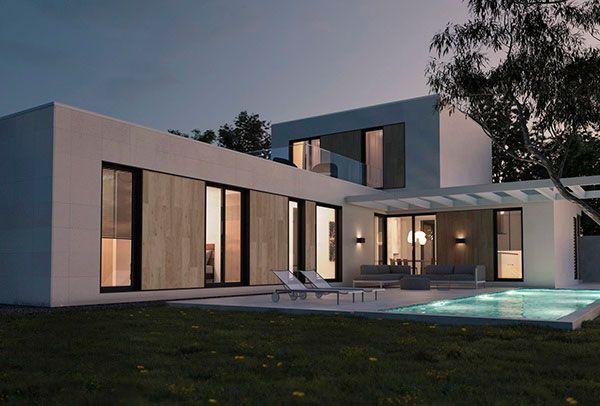 Due to its nature, the planning of a prefabricated house must be carried out previously and in a very rigorous way; once closed, the design does not allow last-minute changes. Therefore, all decisions have to be very clear and made in advance. In addition, there is a risk: prefabricated houses do not have an organic settling-in period.

In traditional construction, the weight of a building is progressively transmitted to the ground as the work progresses, making it possible to correct it on the fly. However, a prefabricated house is placed on the ground suddenly, so any error in the geotechnical forecast can result in surprise settlements that lead to undesirable breaks or cracks. 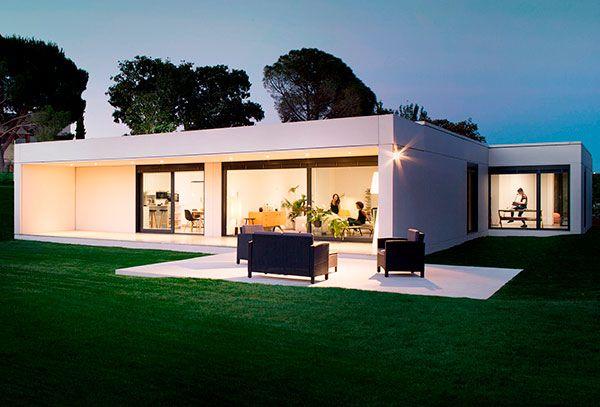 We must not lose sight of the fact that one thing is the speed of construction and quite another, the pace of legal procedures. At the end of the day, prefabricated or not, a house must comply with all existing regulations. Although the house may be ready in record time for industrial reasons, obtaining a building permit may still take years, depending on the efficiency of each Administration.

As a positive point, it should be added that most manufacturers already offer a team that is responsible for managing all these procedures as part of the order. 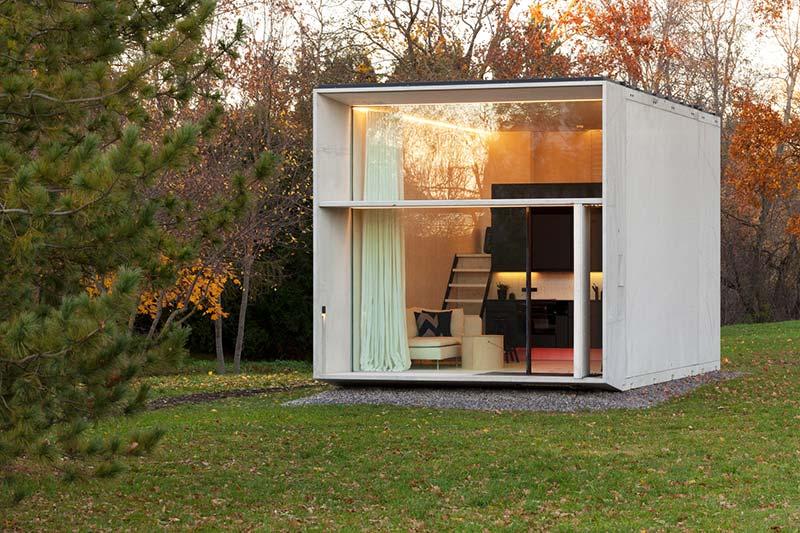 Should You Buy a Manufactured Home?

Analyzing its details, it can be said that there are circumstances in which it is highly recommended to opt for a prefabricated house: fundamentally, those in which the construction time is a determining factor. Another possibility is that the customer is willing to give up a certain quality for a critical drop in price.

It could also be an attractive option if you have chosen a plot far removed from civilization due to the savings it entails in terms of transporting materials and maintaining operators on the construction site. But be careful because it is essential that it has good accessibility for road traffic; otherwise, the truck that transports the construction will not be able to deliver its merchandise.