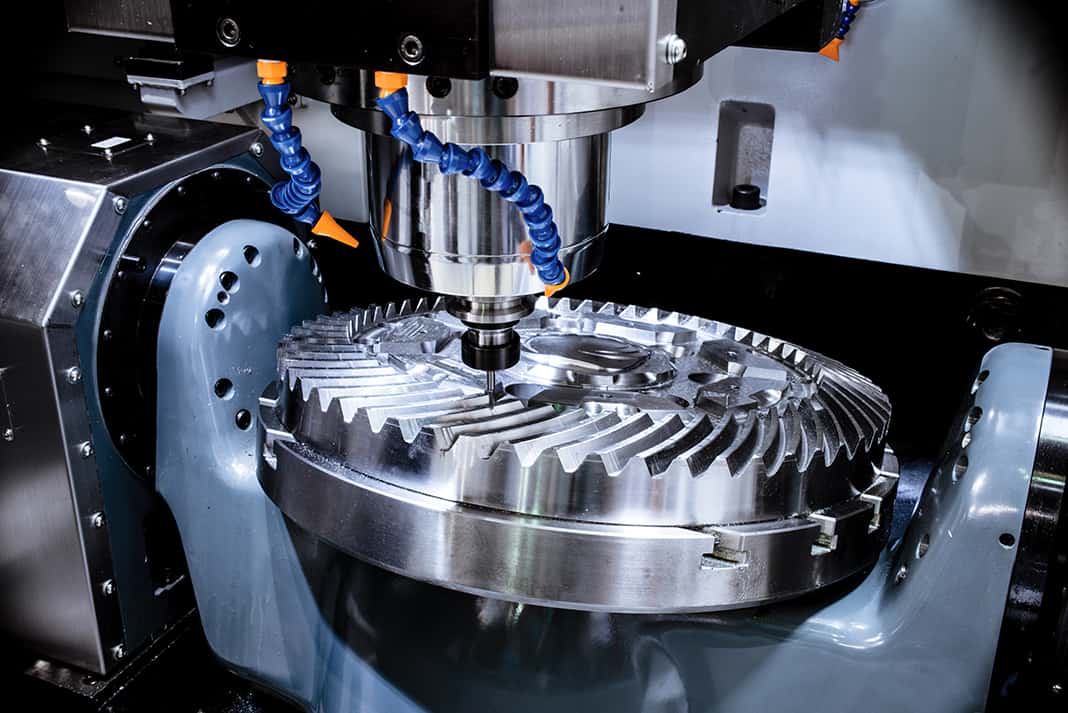 How to Program a CNC Machine for the Best Machining

Mastering CNC (computer numerical control) programming language is tedious. However, CNC programming is utilized by manufacturers to operate machine tools. Join me as I tackle how to program any CNC machine to get the most out of it.

What is a CNC Machine, and What Does it do?

A CNC machine is not a single machine. It can be a sheet metal stamping machine, lathe, router, welder, robot, laser cutter, or any other machine. To operate these machines, you need CNC programming. Most programming lines of a CNC program have small sets of instructions in G and M codes.

G codes typically work by managing the positioning of the tool. M codes, on the other hand, control the rotation of tools, among other functions. Since computers became cheaper and smaller, G code programming has been generated using Computer Aided Manufacturing. A CAM program will accept multiple instructions.

Learning CNC programming language requires lots of practice to be well-versed in it. You also need the best computer for architecture rendering and 3D modelling.

How to Program a CNC Machine

Before trying to program a CNC machine, there are pieces of code you have to be familiar with. For starters, critical G commands and 5 main letters are used in the programming language. They are:

G commands instruct the machine to move in a different direction with every command. It would be best if you kept in mind that movement commands also come with absolute coordinates for coordinate systems in CNC machining. G code programs will help a CNC programmer to save time, especially in a canned cycle.

Here is a list of some examples of G code programming and what they do.

G code tells the machine whether to move in an arc or a curve on an XY plane. However, it won’t know where to stop, which is where the M code comes in.

M commands for CNC are also important; they help to carry out tasks such as initiating a tool change and starting or stopping the spindle, among others. M commands are:

M code is a part of the programming language used to input instructions into computer-aided manufacturing softwares like AutoCAD.

Lastly, there are tool commands that help with changing the tools mid-operation. Each tool is assigned a specific tool number when you set up the CNC software programming on a CNC machine. Tool commands make the tools move in the direction you want. It’s like having a sliding compound miter saw for woodworking projects.

The letters used in tool commands are:

S (spindle speed) denotes the number following the S. For example; if a tool is assigned S3800, this number denotes that the tool rotates at 3800 revolutions per minute.

F (feed rate) denotes how quickly the machine coordinate system moves when its fed with G commands. Since most common G codes are standardized, most machines will accept them.

There are 3 main basic concepts of programming you have to select:

This is the easiest programming for beginner CNC programmers. You don’t need to fully grasp the G code program as you learn CNC programming. Most CNC machinery will allow the programming to verify tool movements to maintain the design accuracy. It also adjusts for tool length compensation.

If you have minimal experience with math, then this CNC machine programming can help you. The CAD software helps to bypass mathematical calculations in the same way some of the best architecture software for architectural design work.

With this programming, you get more options compared to conversational programming. This means that most of your processes are automated throughout. Additionally, this programming is perfect for all skill levels.

This is the toughest approach to CNC programming. The traditional method requires the programmer to be alert even with a simple program on a few program lines. The programmer also has to know the machining process and machine responses. This type of programming is good for any basic programs or specific programs.

Your end product can be the following:

Here, all the cutting occurs in a straight line in the same plane. Therefore, there is no movement across the vertical lane. However, a few straight lines between the x and y axes can create arcs and curves.

With the 2.5 axis, you can get the machine to incorporate 2 axes but not 3. However, the machine can use the x and y in a circle and multitask on the z-axis. This means the cutting can be made parallel to the main plane. However, the height and depth vary.

Most free-form surfaces generally use the 3-axis cut—the x, y, and z axes for a controlled and concurrent pattern.

Fourth machine axis positioning is when the fourth axis doesn’t move during the machining process, and its main purpose is to reposition the space between the 3 axis operations.

Here is where 5 axes move together while machining. However, sometimes, you can have 3 axes machining and 2 axes positioning. In rare cases, you will find 4 machining axes and 1 positioning axis.