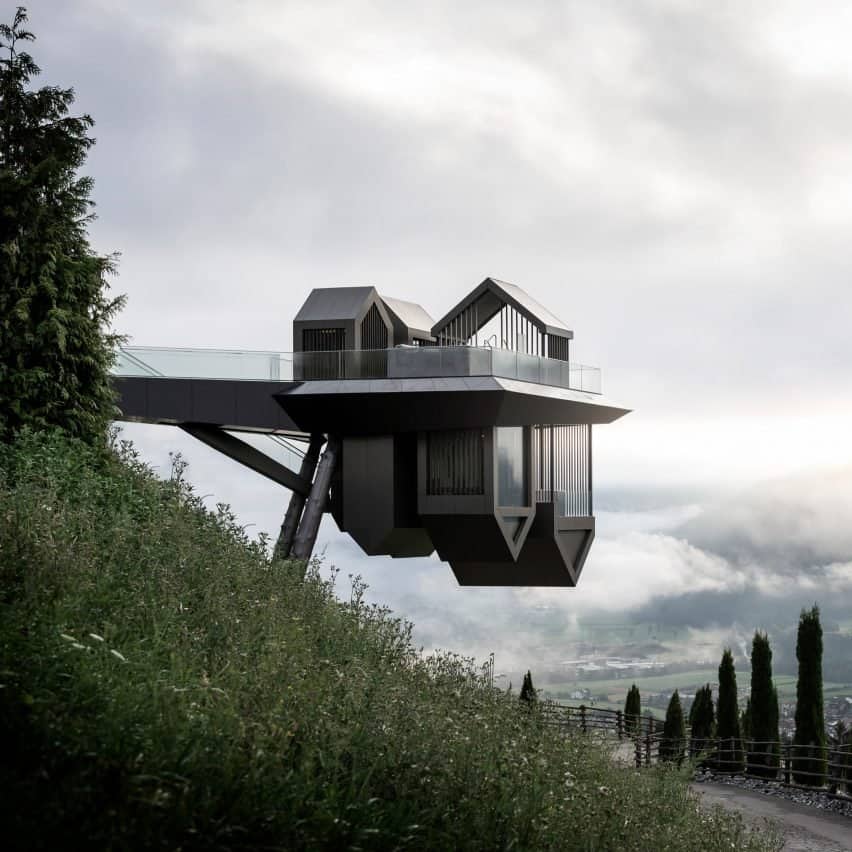 We’ve got high highs, low lows, and creamy middles to dive into this week, so let’s skip the small talk and LFG 😤

1984: On this day, we pour one out for a Certified Real One™ Louis Réard, who passed away on September 16, 1984. You may Louis as a productive but relatively unknown french automobile engineer through the 1920s and 30s. But rather, we stan Louis because of his foray into fashion design, as he is the creator of…

In 1946, Réard changed the world with his innovation on the bathing suit, hiring a nude dancer- Micheline Bernardini (a true queen)- from the local casino to model it, and having skywriters pen the message  “smaller than the smallest bathing suit in the world” written in the clouds to advertise his masterpiece.

– Lights Out at the Eiffel Tower🗼

– What’s The Buzz at the New Insect Hotel 🦟

– Another edition of Who Said What?🗣
– and this week’s featured new building in Drop it Like its Hot 🔥

Let’s make like an early 2000s pop hit by P!nk and get this party started 🎉

Whats Up at the Eiffel Tower? 🗼

The latest victim in Europe’s mounting energy crisis? The Paris Skyline. Rumblings from city hall say Parisian officials will be shutting the lights off at 23:45 from now on, rather than the usual 01:00. Sounds like the fun police- err… policier amusante– are behind this one.

But fr tho, hate to see another major city to start going to bed before midnight, but there’s bigger concerns than jolies lumières. The debate rn is whether the choice is just symbolic or whether it’s practically necessary— either way, when the most beautiful lightshow on the continent is shutting down early, it shows there’s work to be done fr.

There’s literally nothing worse than checking into a hotel room and seeing bugs. Unless you’re in this new spot in Helsinki, where the bugs have the right to drop a brutal Yelp review if they come into their room and see you. Well maybe not, but u catch my drift.

That’s right, Finnish architects Maiju Suomi and Elina Koivisto have teamed up to create the Alusta Pavilion, the world’s first official* hotel for bugs. While they’re not taking bookings atm, there’s some real BUZZ around this one.

* “official” because we’ve all been to a hotel or two where the bugs seem to outnumber the people amirite!?

This environmentally-friendly sustainability measure will rock until at least October 2023, and hopes to rejuvenate the local bee population and then some.

If you needed a new source of anxiety, you’re welcome. According to Architects Journal, the figures are grim for those in architecture and construction:

The latest figures released by industry tracker Glenigan reveal that the value of   work commencing on site fell 35 per cent during the three months to the end of August to stand 30 per cent lower than the same period a year ago.

First thing’s first: Do not shoot the messenger.  Then, let’s hope that some of the factors said to be accelerating the looming recession (does it count as looming if it’s already starting? lmk), primarily related to the Ukraine / Russia war, straighten out sooner rather than later, for everyone’s good 🙏

Silicon Valley: Aesthetically Interesting? Can It Be? 😳

For all the perks that come along with being a Google employee at their HQ (big money, hella clout, amusement park rides at work, etc. etc. etc.) one of the drawbacks has long been the Silicon Valley suburbs that most full-timers end up stuck living in. Yeah, things could be worse, but they could also be much more interesting.

Silicon Valley suburbs, in all their… glory?
So, looks like ol’ Google’s taking the bull by the horns and teaming up with Lendlease to develop not only 15,000 units of housing over the next 15 years, but to do so in a way that cooks up some cultural spaces and downtown vibes…

“Like many professionals, the views of colleagues are seen as the highest level of praise. However, buildings aren’t usually designed for fellow professionals. Beyond the client, they’re often designed for as-yet unknown present and future users and, importantly, for the thousands of people who will see them every day…”
– Robert Adam dives into the question “Who’s it all for?” in this provocative thinkpiece

“Buildings are vessels of human possibility and architecture can open the door to entirely new experiences. I stress ‘open the door,’ because it isn’t a determinant. Architecture doesn’t determine how we live, but it can create possibilities or shut them down.”
– Blair Kamin answers a similar question to the one above in a very different way, discussing his book “Who is the City For?”

“Refurbishment is for wimps. Fearless developers aim to tear down and build twice the size.”

-Peter Bill is spitting in this takedown of retrofits

Are you kidding? NOA’s “Hub of Huts” at Hotel Hubertus in South Tyrol is next-level.