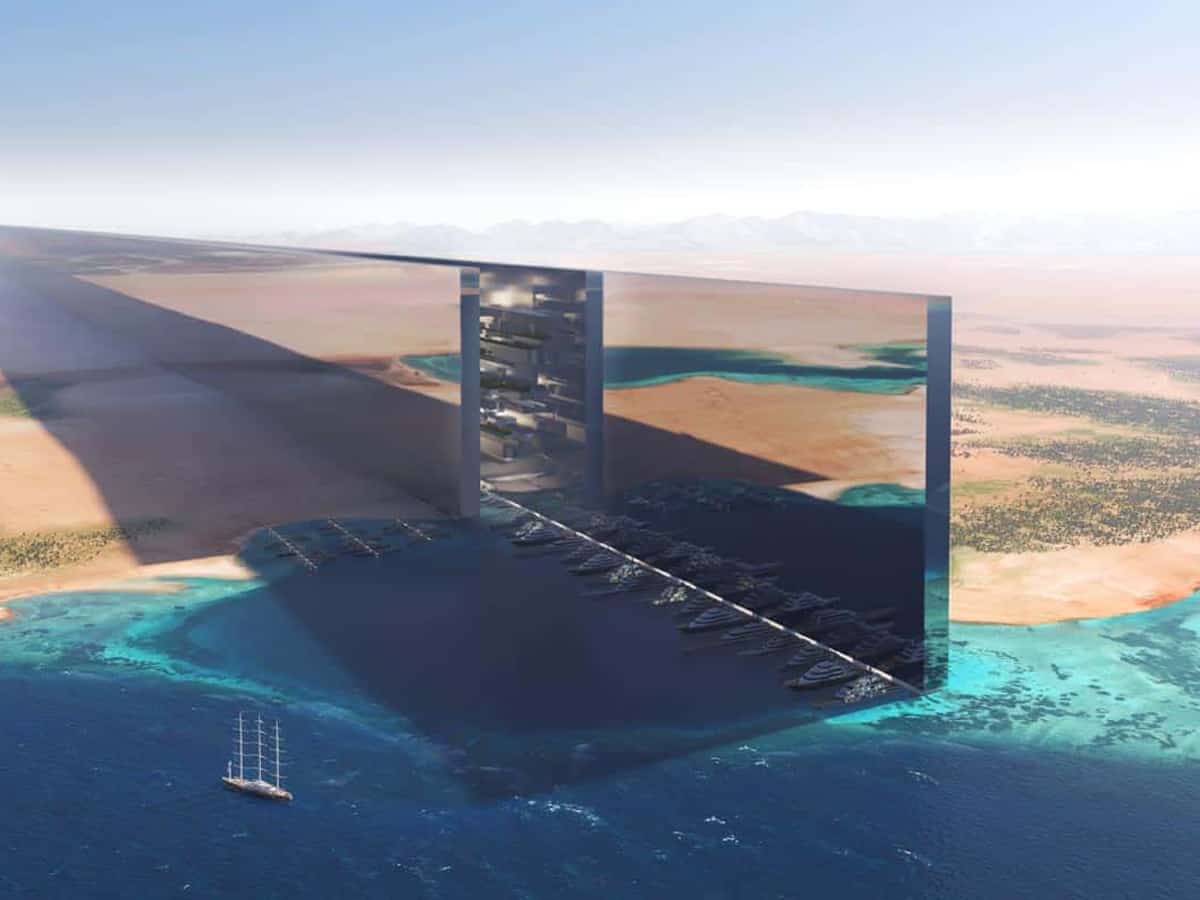 Addressing “Morphosis, Zaha Hadid Architects and other studios, but also to the architectural profession and its allied industries more broadly,” Greenfield says “all those complicit in Neom’s design and construction are already destroyers of worlds” in a way not dissimilar to Oppenheim’s work on the a-bomb 😳. On the other hand, (also in Dezeen), you’ve got Neom’s development execs saying the 170-mile desert mega-city is an “opportunity to set a new benchmark for combining prosperity, livability and environmental preservation.”

whether you’ve taken a side yet or not, gotta admit it’s an intriguing story to follow. Don’t be surprised to see Neom in the newsletter again.

Big news, folks. Architizer has proclaimed the “death of demolition.”

We’re officially, then, in our Deconstruction era 💅

The article explains that carbon footprint of materials already fabricated for the built environment is huge enough, so developing awareness about what we’ve got and what can be re-purposed is super important— whether these supplies are conventionally good-looking or will require some uh… creativity… the pay-off is for sure there for the economy, the climate, the entire construction industry, and society as a whole.

With major cities around the world putting deconstruction ordinances into place in order to hit sustainability and climate-related goals, looking into this major trend is for sure worth your time. One day, future civilizations will look back and think it’s crazy we just knocked stuff down and brought it to the dump.

A Short History of the Office ✂️🖇📌📍

This look at a new book, “The Office of Good Intentions,” is a must-read for any sort of history nerd— especially those who are into architecture & design. Focusing on the 1960s to the current day, the article describes how the book goes back centuries and looks how different design philosophies and social conditions have shaped our workspaces.

Basically, ideas about offices are design-driven, but concern something bigger… This article (and book) go on the journey from “how to design a better workspace?” to “how can we design work?” to  “how can our society be better?”

Definitely thought-provoking, and you gotta appreciate the big-picture, zoomed-out look.

When I first heard that there are buildings that “make you sick,” I just thought of the worst jobs I’ve ever had— but, pretty sure, that wasn’t really about the buildings themselves. Turns out in the post-covid era (or covid-era, however you want to call it), there is a lot of thought going into “the science of how indoor spaces can make us ill.” In fact, WELL and Fitwel are just  two orgs that provide certification, and are instrumental to what’s being called “the healthy buildings movement.”

This article by Bloomberg provides some crazy perspective— like explaining how we actually get more outdoor air pollution while indoors than we do while outdoors, if our buildings are not built with health in mind.

If you wanna make sense of that, check out the article!

“Jack Diamond’s contribution to urban reform was profound. He led the implementation of infill housing in Toronto to strengthen existing neighbourhoods at risk. He demonstrated the economic and societal benefits of transforming heritage for new uses. He illustrated low-rise alternatives to high-rise development at comparable land use densities. He articulated the negative impacts of low-density suburban sprawl on public transit, servicing costs, social cohesion and the environment.”

“Sites may not be viewed solely as physical entities, but places that can become avenues of cultural exchange. As a trained Architect in my past life and an Urban Planner in this one, this piece is to understand both how built structures have the ability to influence space, and how these man-made physical spaces can potentially transform into sites of encounter and engagement.”

–A nice read on the place of multiculturalism in architecture (specifically in Canada, but valuable insight for wherever) ☮️

“I literally wanted to recreate the feeling of being in his kitchen; before he made it his office, it was his apartment… It was a place that was central to his production of drawings and thinking about whatever he was making or doing. His products were influenced by his daily life but also his idea that history and contemporary life kind of coexisted.”
-Morris Adjmi in a compelling interview about his new tribute to designer Aldo Rossi 🎨

Not built yet, but Ennead just won a competition for a new art museum in Wuxi, China, and the renderings are stunning.