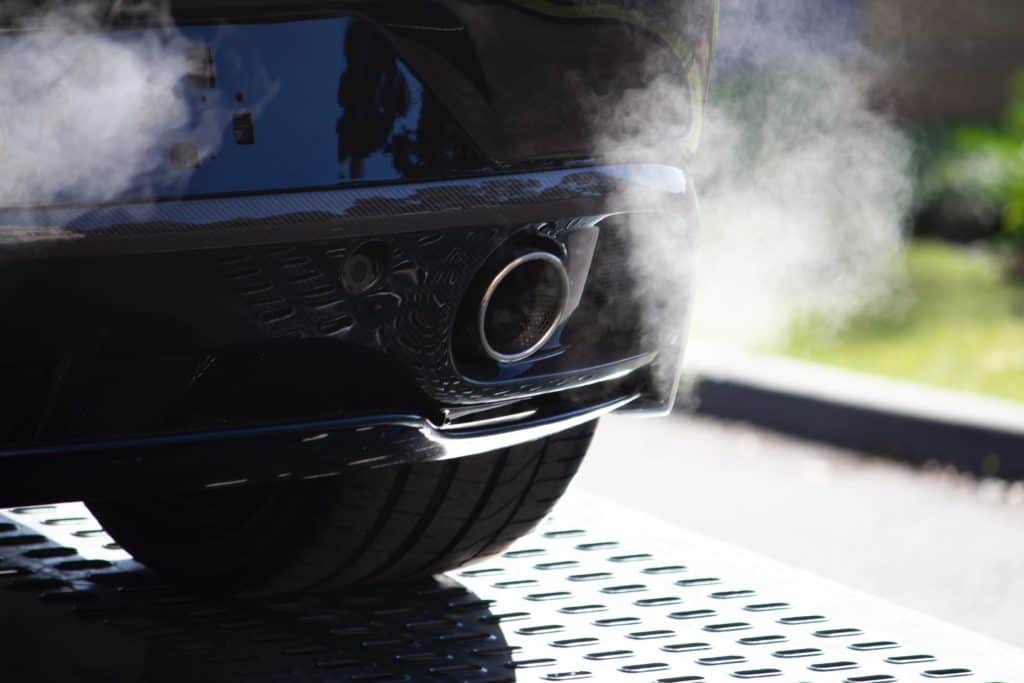 What is Carb Compliant

For over five decades, the state of California has been an industry leader in controlling air pollution issues. Today, the California Air Resources Board (CARB) has the role of managing the presence of air pollutants in the air. Usually, this protocol applies to emission levels of harmful gases from internal combustion engines.

Internal combustion engines such as portable generators convert fossil fuel into fuel and energy. However, this process often produces unwanted emissions. These emissions are of great concern because they lead to health issues and compromise the environment. Therefore, there have been efforts both at the state and nation level to develop laws that regulate the amount of carbon emissions produced by engines.

Initially, these regulations were focused on on-road vehicles. However, in the 1990S, the provisions exposed included small cars, such as portable generators.

When you want to buy a generator, consider various factors, and not just the electrical production capacity. Is your chosen generator safe for your health and the environment? A generator with a less than acceptable emission standard can lead to various health risks?

What Does CARB Affect?

CARB primarily affects equipment that have internal combustion engines. Internal combustible engines are the types that burn fuel, which releases harmful gases such as methane and carbon. These gases can have adverse side effects on the environment.

The CARB rules and regulations also impact various heavy equipment, machinery, and automobiles. It’s a law that enforces any engine that uses combustible fuel, such as diesel or natural gas, must be CARB certified.

Generally, generators, trucks, lawnmowers, and chainsaws that have an internal combustion engine should comply. Any emissions from such mechanical tools can have serious side effects on the environment.

CARB certificates also ensure that all engines used in any equipment sold in California should comply with the state`s strict regulations. Usually, products undergo the certification process through the brand manufacturer for convenience.

Also, CARB regulates the quality of fuel sold in the state of California, through the Fuel Enforcement Program. It’s a program that sets regulations to achieve a specific level of emission reduction in the environment.

This is because any vehicle emissions measured are responsible for well over 50 percent of statewide pollution cases. More so, the Fuel Enforcement program also goes further by controlling the composition of motor vehicles. This includes diesel fuel regulations, cargo tank vapor recovery, and more.

Also, CARB certifications must be available for all heavy equipment and machinery.

What Is the Difference Between CARB and the EPA?

EPA compliance is a federal law that applies to all internal combustion engines, which are sold in the USA. Even if EPA and CARB compliance are similar, CARB is an agency that has the power to enforce its regulations.

Thus, any heavy equipment and machines that internal combustion engines that adhere to EPA certifications, can be sold in all other states in the US – and not California.

The equipment not only has to adhere to EPA standards, but it would also require a separate CARB compliance certificate. It’s a certification needed for machines that have combustion engines and are used anywhere in the US.

Also, EPA is similar to CARB compliance, whereby the standards for its use are classified in various tiers. Usually, these apply to non-road diesel engines, such as diesel combustion engines. You can find more information on this here - EPA Tier 4 Final Regulations Impact on Diesel Generators.

The effects of Carb compliance regulations are several, and it implies that any motor that uses combustible fuel, requires a CARB certification. It’s a certificate that ensures all engines comply with state regulations on the release of harmful gases to the environment. Plus, CARB also regulates the quality of fuel available for automobiles and engines in a particular state.

Thus, any tool that has an internal combustion engine requires a CARB compliant certification. California was among some of the first states to notice the importance of air quality regulation factors.

Besides that, the CARB compliance laws have been highly effective in controlling and reducing the emissions produces from combustible engines today. Any organizations or mechanical companies that fail to adhere to these regulations are often subject to various forms of punitive action. Among some of the common actions include sanctions and fines from the relevant authorities – which are meant to help control any such acts in future.

The first significant incident of poisonous air pollution first occurred in Los Angeles in 1943. A dense smog engulfed the city, and many residents suffered from health disorders associated with the gas. Initially, the blame was attributed to the mechanical industry, specifically the butadiene factors, which was close to the city. For this reason, the Los Angeles County Air Pollution District was founded. The goal of this organization was to identify the significant air pollution issues from power plants.

By the 1950s, it became clear that motor vehicles were the leading causes of air pollution in the state. Various research studies were conducted into the matter, and it was soon determined that Hydrocarbons and oxides of nitrogen were responsible for the smoke. Thus, this led to the founding of the Bureau of Air Sanitation.

Through the years that followed, California became the most significant authority in controlling vehicle emissions. Thus, this led to the creation of several innovations and techniques to regulate the emission of harmful gasses from vehicles and toxic elements. Among some of the most notable ones was the catalytic converter for exhaust systems and the manufacturer of lead-free fuel.

Today CARB remains one of the most critical air quality requirements n the US. All states require that equipment vehicles that have an internal combustion engine should be EPA compliant. EPA compliance is a federal certification that applies to all engines sold in the US. While the EPA regulations are somewhat similar to CARB Compliance, California still has its specific rules. Thus, if an engine is EPA compliant, it can be sold in the state in the US, but not California.

Also, engine manufacturers have to register with the correct authorities and get certification before selling their products in the US. More so, they also have to apply for a separate CARB certification, if they want to use the product in California.

At the national level, EPA is responsible for air pollution issues in the country. It’s a federal agency, which was founded in 1970 in response to many concerns over the environmental issue. These issues came into prominence in the 1950s and 1960s. More so, EPA was initially concerned with preserving natural ecosystems, and also improving public health by addressing pollution issues. It involved monitoring and controlling the production, destruction as well as the use of any products that would release pollutants.

During recent years, such as in the Obama administration, EPA has increased its scope to include various other factors. These include carbon emissions from power plants, small engines, automobiles, and more.

For this reason, any equipment sold in the USA must adhere to these regulations. Failing to do could have several side effects, including sanctions and more.

Why Does CARB and EPA Compliance Matter

These are regulations that guide the use of machines with internal combustion engines. They have many benefits, including:

We need laws and regulations to control the emission of harmful gases to the environment. Why? Well, there are millions, if not billions of combustible engines all around the world today. These engines produce toxic vapors, and if they accumulate, they can lead to several issues in the environment. More so, these gases also have side effects on the overall quality of their lives. Thus, learning about what is carb compliant and more is an excellent way to start learning about these regulations. Being carb compliant is crucial for the quality of combustible engines, that are released for use on the consumer market.