Where Does Nicki Minaj Live? Her $10 Million Mansion

Posted at 12:40h in Celebrity Homes by Jacky Chou 0 Comments

Nicki Minaj has grown to become one of the most powerful female rappers in the world, if not the most powerful. Although Nicki Minaj is very open about who she is in her songs and on social media with fans, she is a little more reserved when it comes to the super-personal areas of her life. So, where does Nicki Minaj live?

Nicki Minaj lives in a luxurious home in Los Angeles' Flats neighborhood. Her husband, Kenneth Petty, and their one-year-old son also live on the property, which she apparently moved into sometime in 2019 after putting up her prior flat for rent.

Let's take a look at the current home of Nicki Minaj in detail and her property portfolio of places she has lived over the years.

Who is Nicki Minaj?

As already stated, Niki Minaj is the queen of rap and is known to be one of the best rappers in the world. Her versatility, ability, and ambition have propelled her to the top of the music industry as the first woman to top both the hip-hop and pop charts. 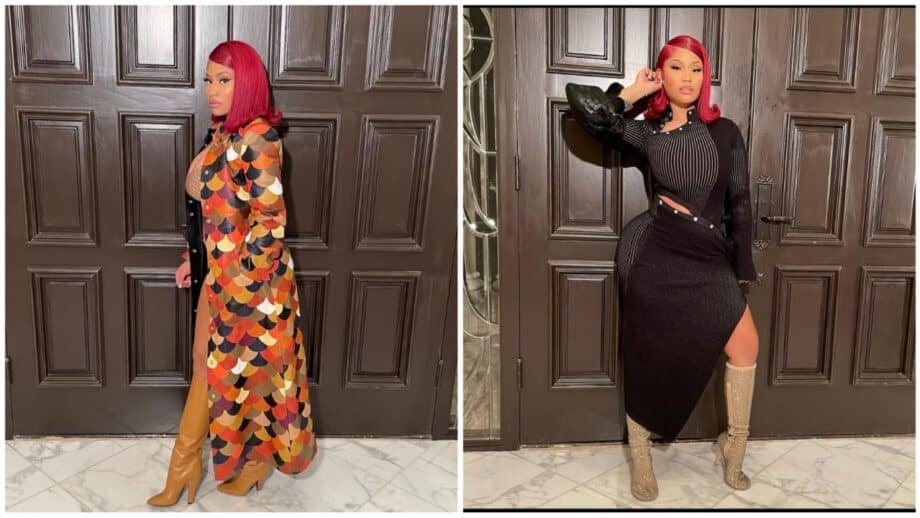 Nicki Minaj, also known as Onika Tanya Maraj, was born on the Caribbean island of Trinidad and Tobago on December 8, 1982. However, she only stayed there for five years before her family decided to go to Queens, New York. Nicki has four siblings: a sister named Ming Maraj and three brothers named Micaiah Maraj, Brandon Lamar, and Jelani Maraj.

She has an estimated net worth of $100 million, so it's no wonder that she and her husband, Kenneth Petty, live in a beautiful mansion with their one-year-old baby. She has come a long way from working as a waitress in her teens to creating incredible albums.

Where Does Nicki Minaj Live?

The rapper and her family are said to live in a $10 million property in the Los Angeles neighborhood, which has six bedrooms, eight bathrooms, and over 7,000 square feet of living space.

Nicki Minaj is known to also live in a gated Beverly Hills mansion above a Hollywood hillside and sits on the former site of Frank Sinatra's home. This is what most people used to know as her home. However, Nicki has left this mansion as of February 2018 to the new tenant.

Nicki Minaj moved in with her new husband, Kenneth Petty, though it's unclear whether the house is his or hers. According to Zillow, it's a $10 million mansion with six bedrooms and eight baths in 7,000 square feet that's now off the market. It's a far more modern home than the one Minaj used to live in. 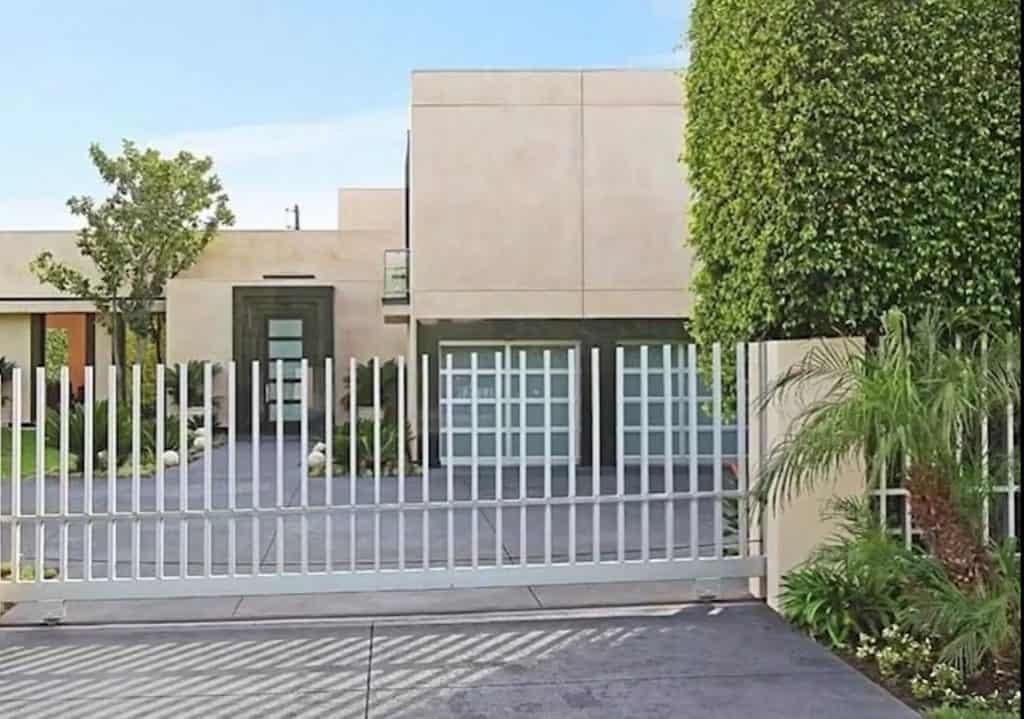 Nicki Minaj's Los Angeles home has six bedrooms and eight bathrooms spread across 7000 square feet of land. In a series of Instagram posts, she has shown off the house tour of her lavish home to her followers.

Nicki Minaj boasts a lavish living room in her Los Angeles home, which has high ceilings. It also has floor-to-ceiling windows that look out over the yard.

The celebrity placed a window seat on one side of the brilliant display to add a bit of warmth. The 10-foot windows provide a view of the breathtaking exteriors with plants and greenery. 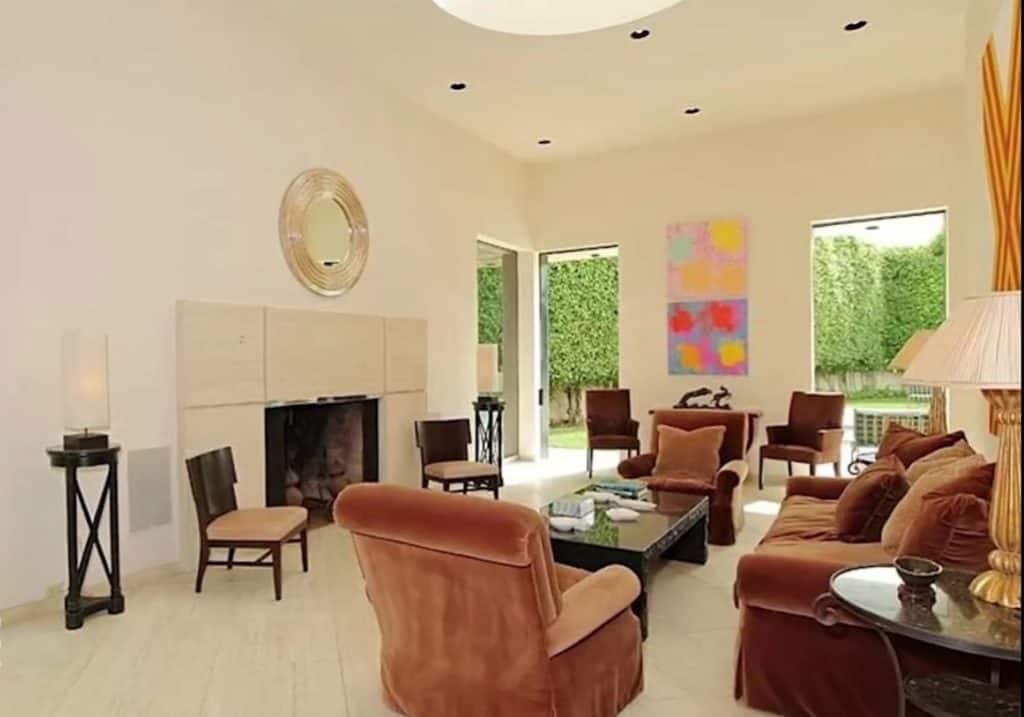 The seat blends nicely with the surrounding white walls with a wooden lower part. It also has a built-in fireplace, a pleasant couch arrangement, electronic devices, as well as a beautiful view of the dining room. 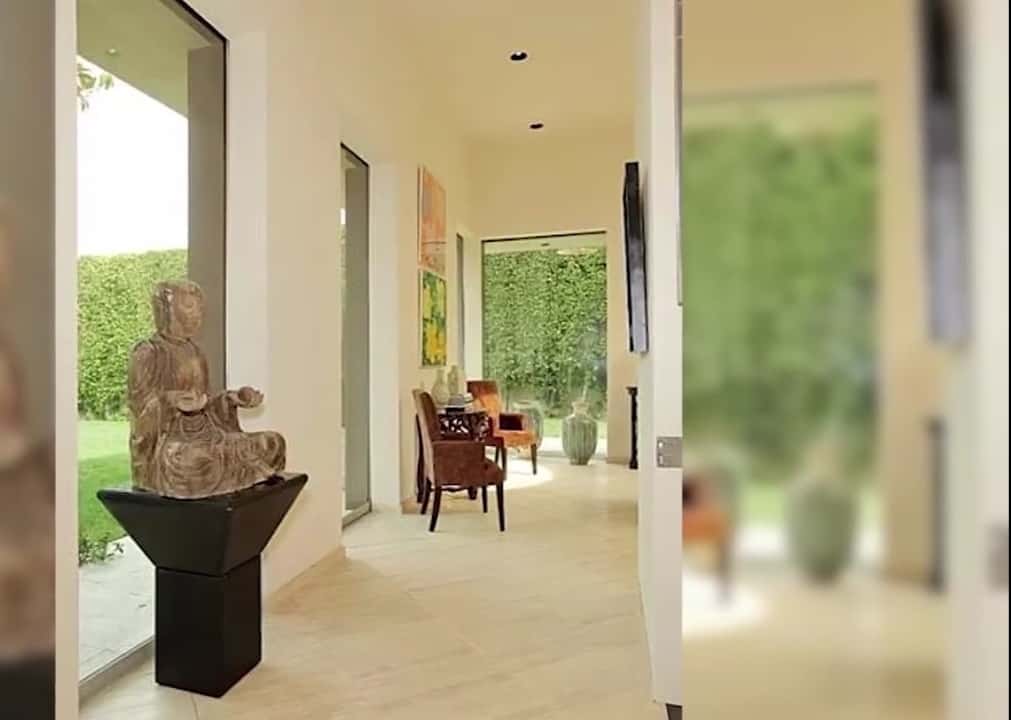 The musician also showed off her huge entrance hall, which includes a set of oak double doors framed with carved glass panels and a stunning marble floor. 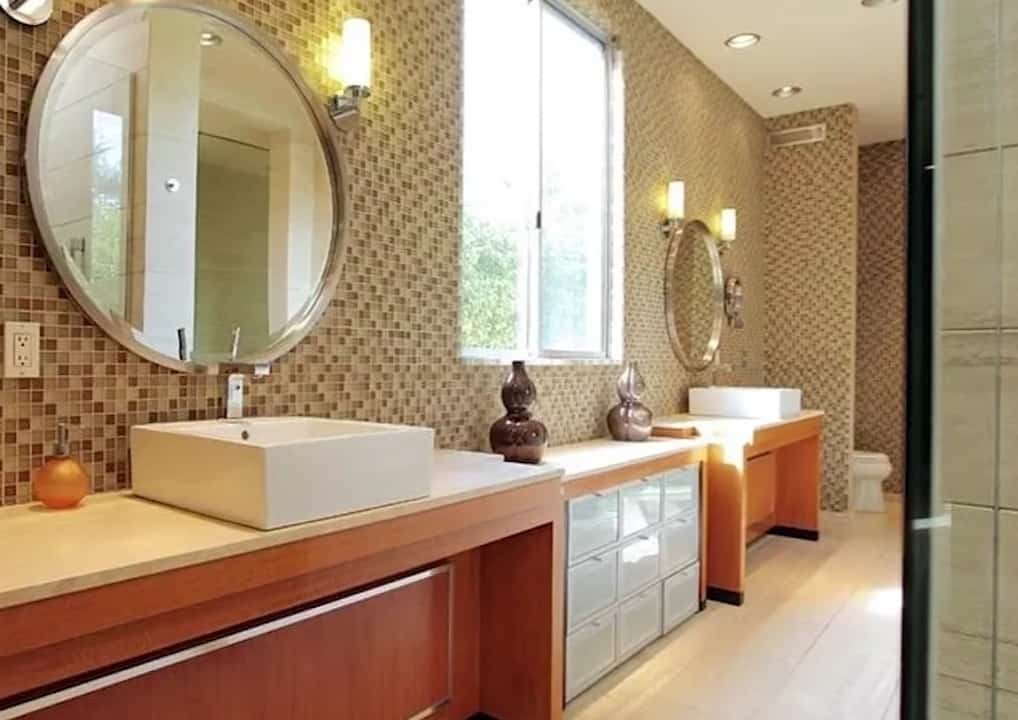 The master suite is located on the second story, accessible through a flight of stairs. A lavish bathtub tray, two large walk-in closets, and more working space are all included in the master bedroom. Another lavish suite, located upstairs, is just as big and has much more extravagant furnishings.

Nicki Minaj flaunted her lavish kitchen in a series of photos in which she was dressed in a yellow one-piece swimsuit and sharp pointed shoes. 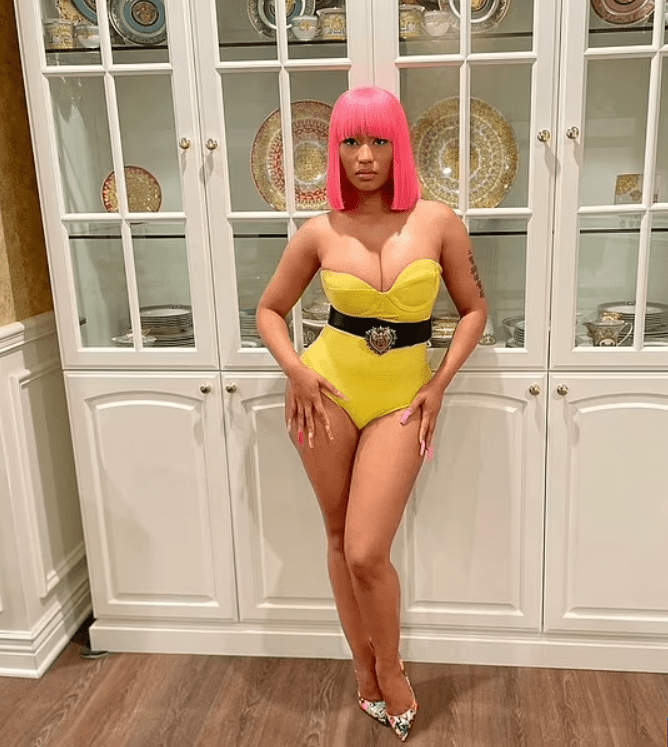 A spectacular exhibition of China items is arranged atop a white, glass-fronted cabinet in the kitchen. It also includes white wooden paneling on the wall's lower half, wooden floors, and stainless steel appliances.

The Los Angeles luxury home has a built-in plant family room that leads to casual eating space. This smart addition looks out over the big swimming pool, separated by floor-to-ceiling glass panels. 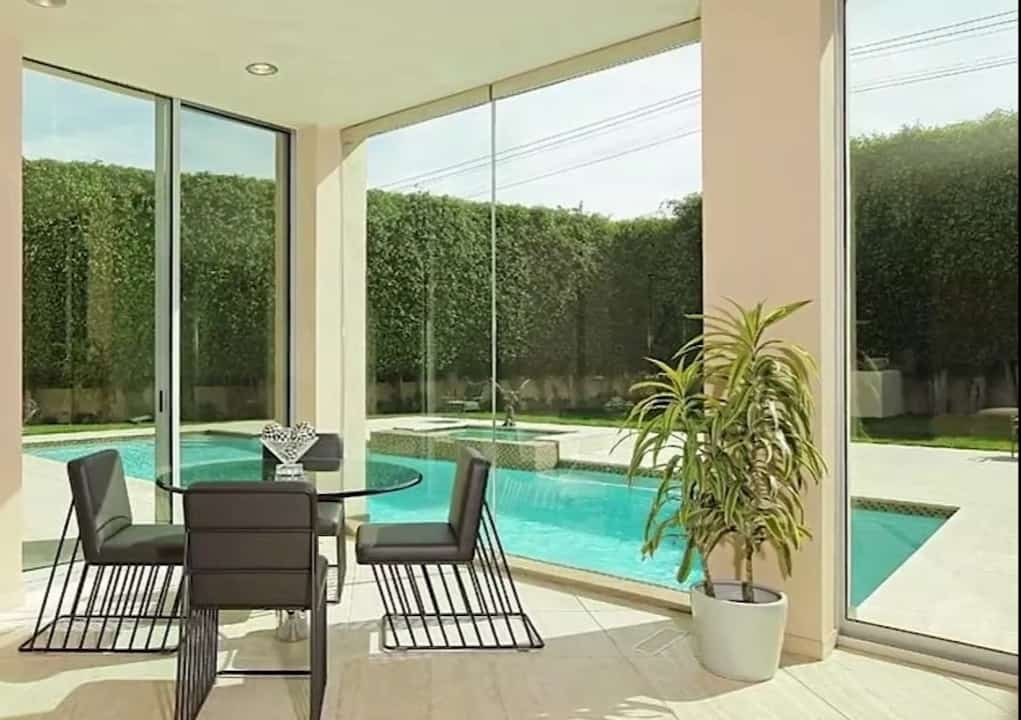 The pool area has a spa and an amazing layout that is large and lavish enough for parties.

A separate guest house a few steps from the pool area offers a beautiful environment. The guest house also has amenities to provide a taste of heaven to anyone fortunate enough to visit it. 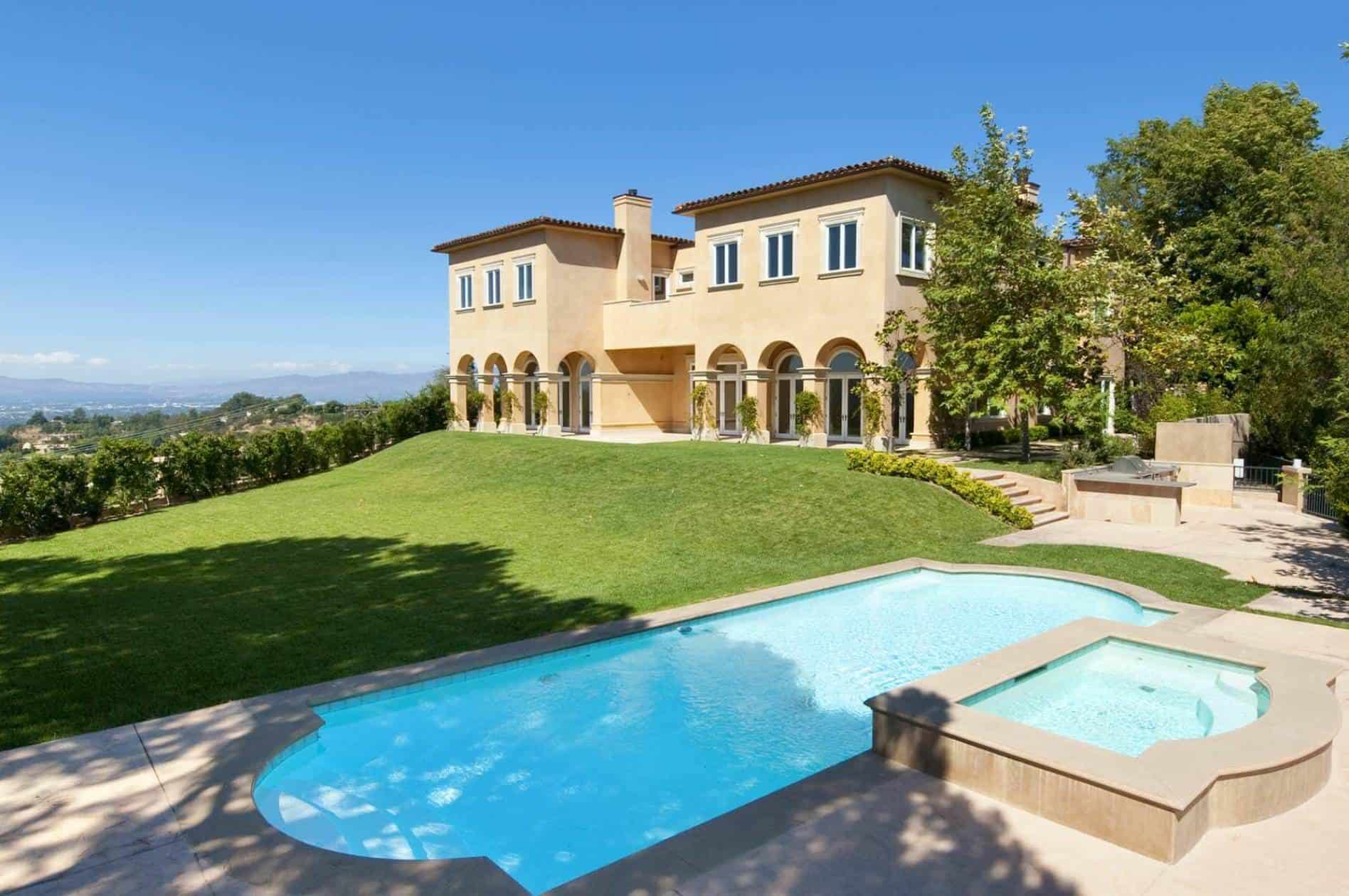 Nicki Minaj used to live in a similarly luxurious Beverly Hills mansion with rapper Meek Mill before moving into her present home. The 11-bathroom mansion was built on the location of Frank Sinatra's former home. 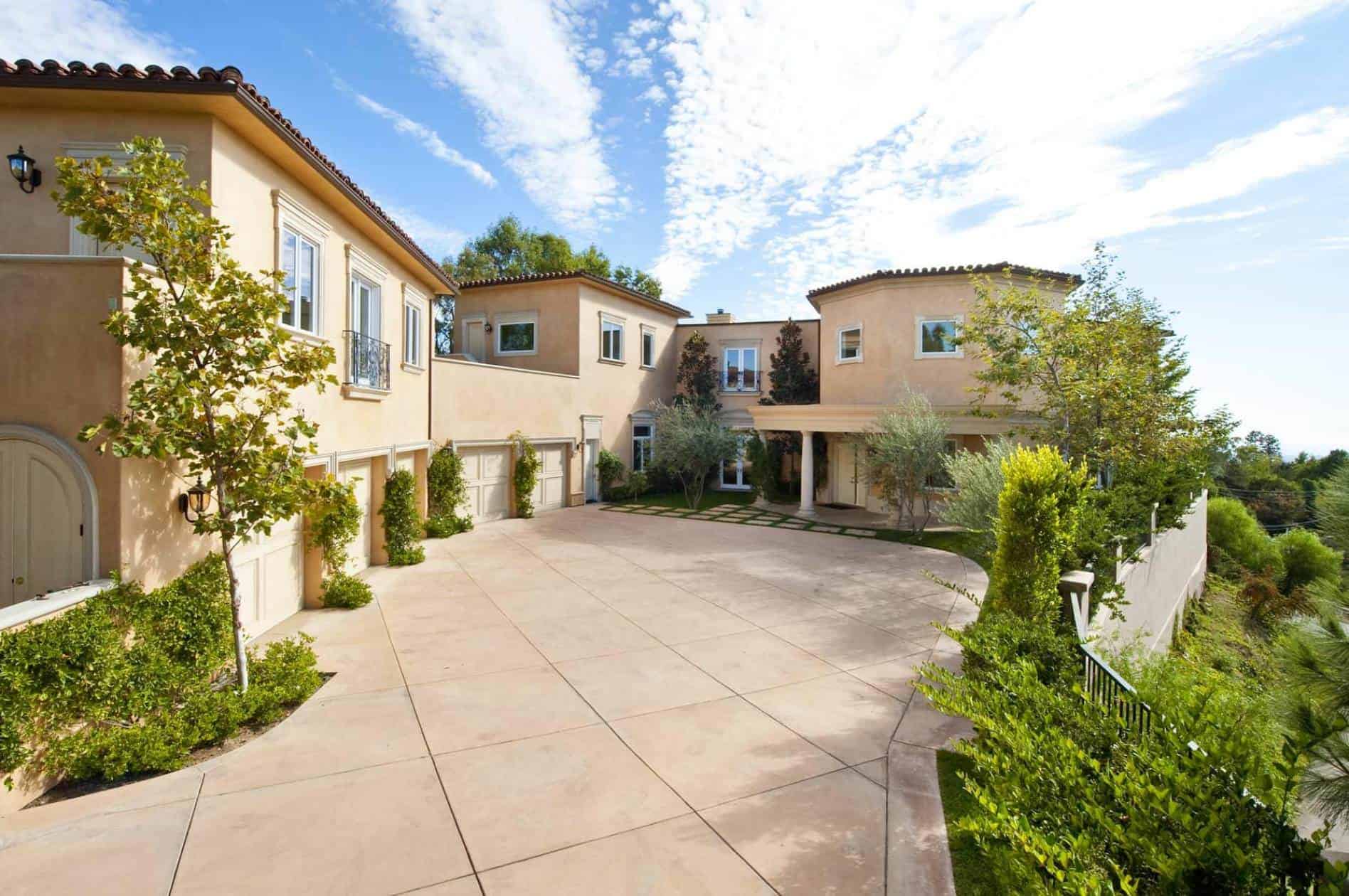 The 10,337 square-foot estate, located in an elite gated community, is terracotta coated and has a Mediterranean, Spanish-style ambiance on the outside. It includes a five-car garage and a two-story entryway to the living area. 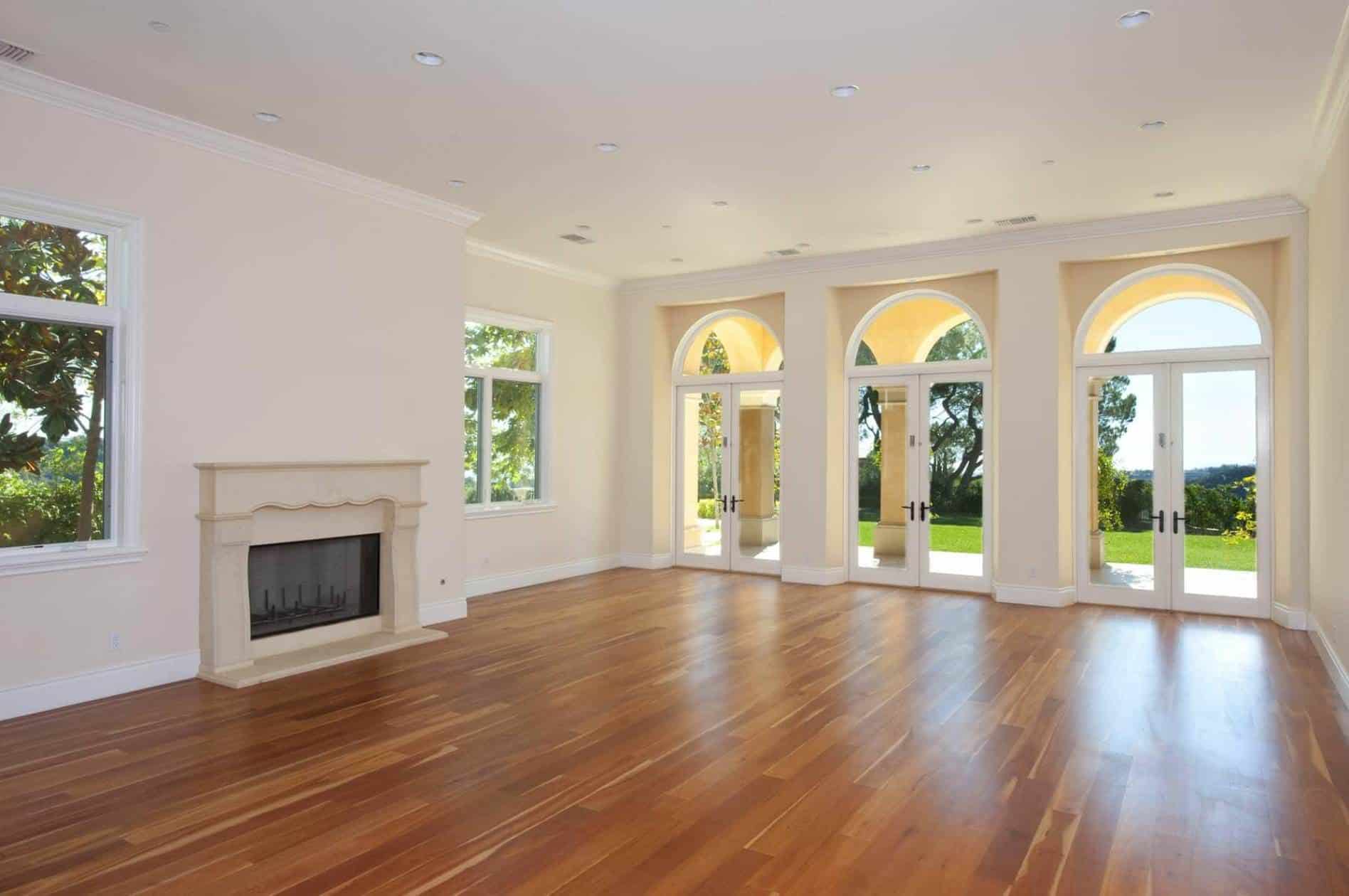 Inside, there's a two-story foyer with a mural ceiling, a living room with a gorgeous fireplace, and stunning arched French doors leading to the pool, large lawn, spa, and grill.

There is also a formal dining room, many family rooms, and a large kitchen with a stunning breakfast nook. 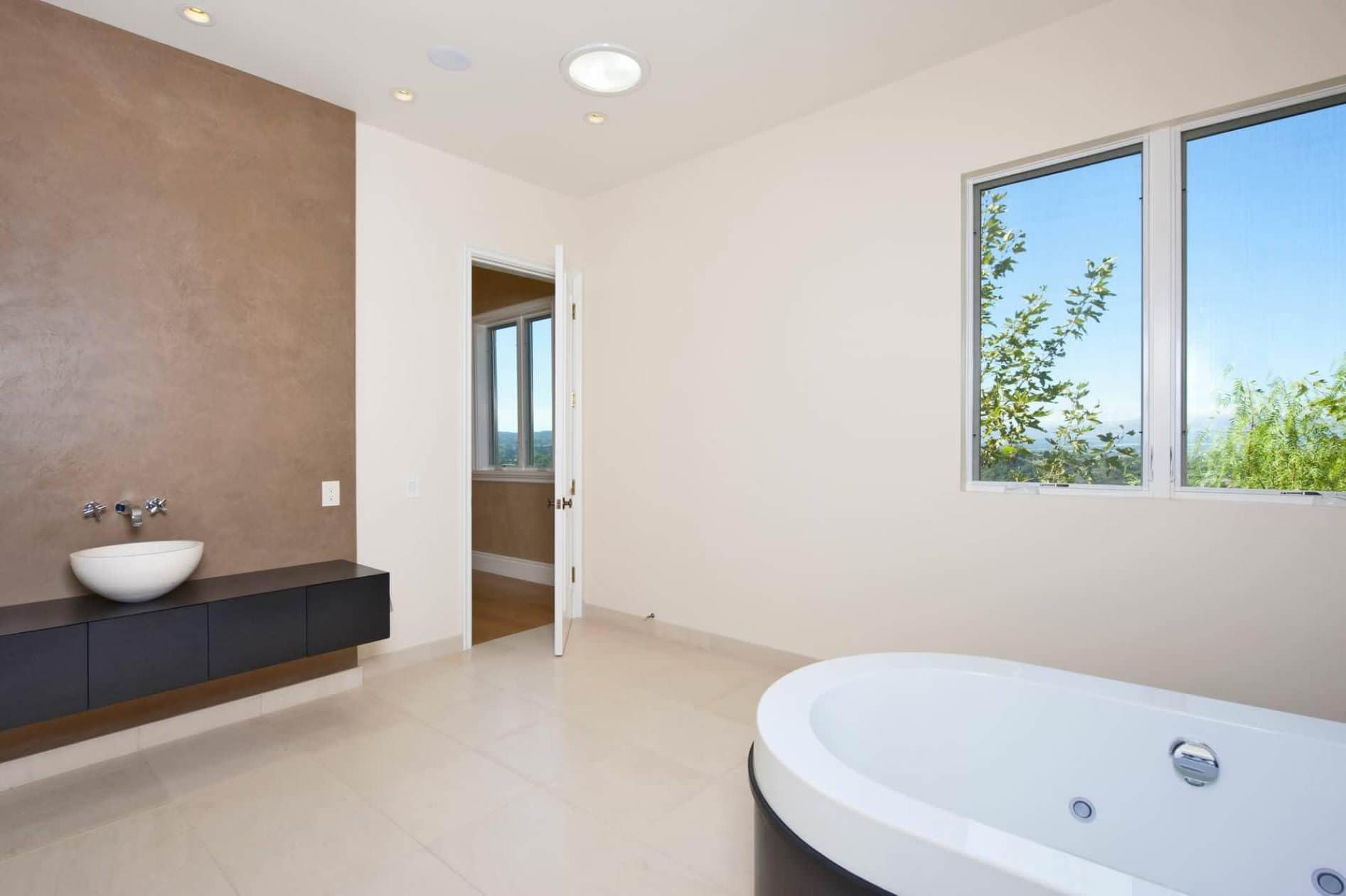 His and her baths are in the master suite and a private terrace. Additionally, there are seven bedrooms upstairs, and then there's a guest house with two more bedrooms and a shared bathroom that you may reach separately or from a balcony on the second floor. 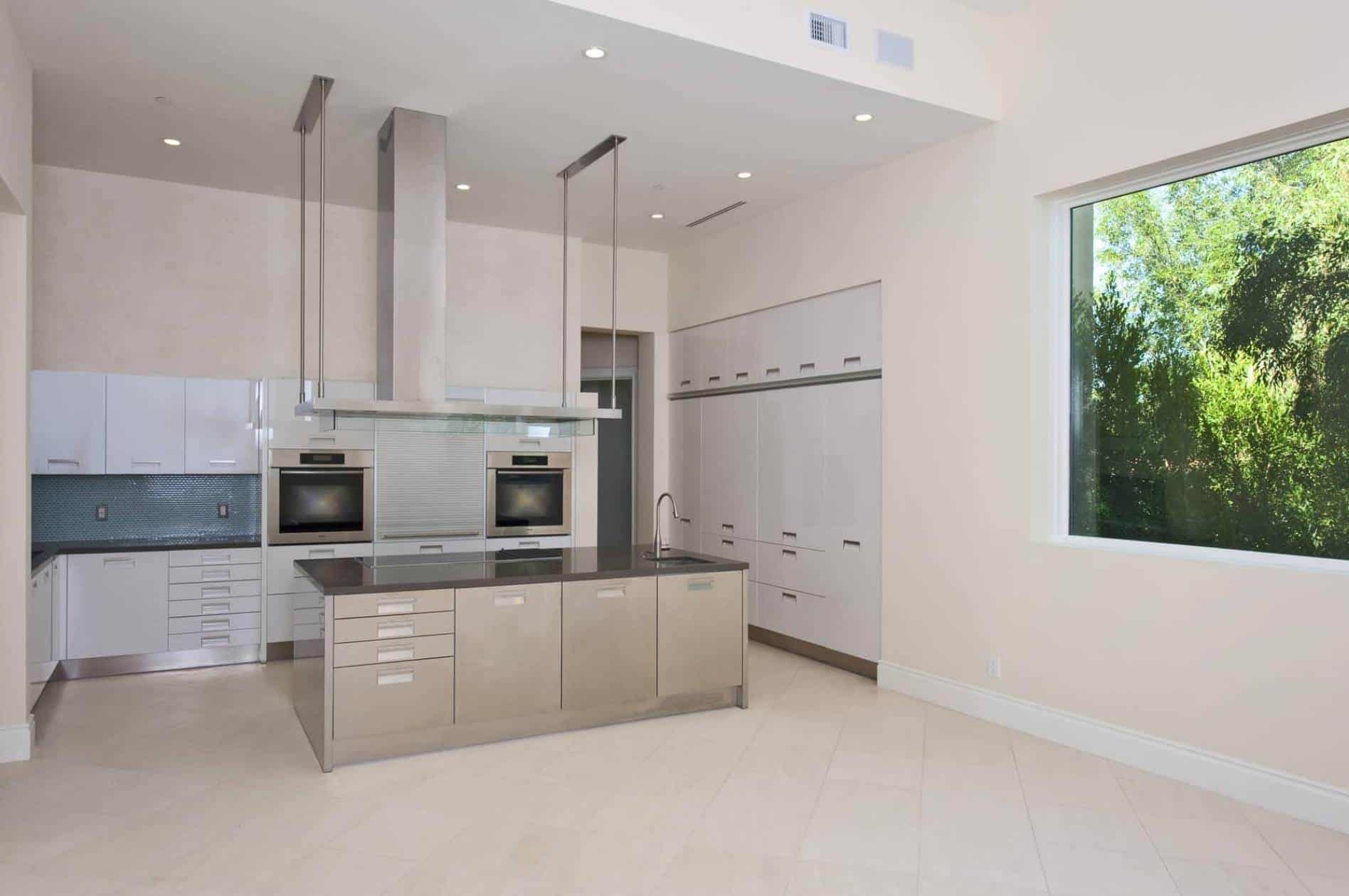 A spacious modern-style kitchen, a wooden-lined library with built-in bookshelves, a family room, nine bedrooms, a walk-in wardrobe, and a five-car garage are some features of this amazing home.

As the Queen of Rap, Nicki Minaj's life has become a public show. Despite this, she tries to retain some sense of sanity by withholding some personal information about herself. Her residence takes the top spot among these private things. Hopefully, you got to learn more about the superstar's real estate portfolio and where she lives.