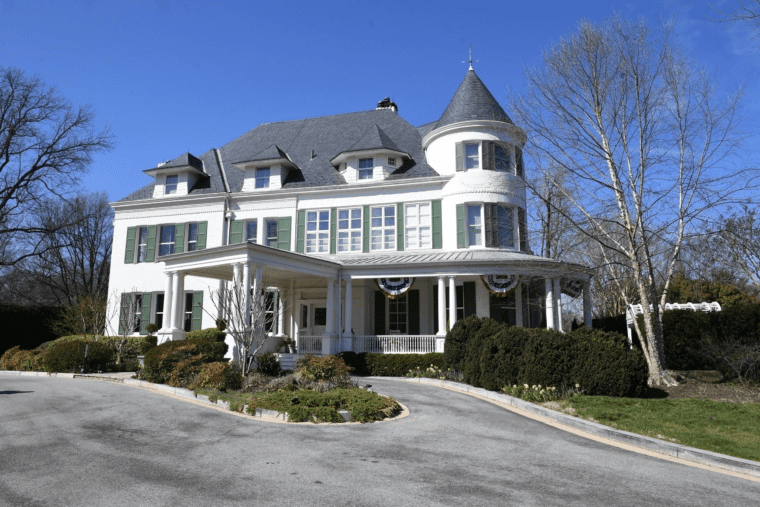 Where Does The Vice President Live?

Vice presidents used to reside in their own homes until Congress allocated funds to renovate the home for vice presidential use. Walter Mondale moved into the home at the Naval Observatory in 1977, becoming the first vice president to do this.

Check out the Vice President’s Mansion and read up on its rich history.

Where Does the Vice President Live?

Since Walter Mondale, every vice president has resided at the U.S. Naval Observatory (USNO) in Washington, D.C., while serving as the vice president’s and their family’s home.

It also serves as a fully operational workspace for scientists to watch and measure the motion of planets, the moon, and the sun in other astronomical data required for research.

The Naval Observatory has been used by several vice presidents, notably former vice president Al Gore, to welcome ambassadors and guests from abroad.

The Naval Observatory is still one of the oldest U.S. scientific bodies. Its mission is to offer the Navy and the Department of Defense precise positioning, navigation, and timing using data gathered through the study of planetary and stellar motion.

The small residence, roughly two miles from the White House and close to several embassies, is situated on a 72-acre parcel of land known as the United States Naval Observatory.

No one knows the house’s precise number of rooms because the information is kept private for security reasons, and the public isn’t allowed inside.

The magnificent Queen Anne property was built in 1893 and stands in a peaceful forest-like environment, filled with lush foliage, wildlife, and the sounds of nature, yet is only a few feet from the heavy traffic on Massachusetts Avenue.

Washington architect Leon E. Dessez was responsible for designing the 9,000-square home with different rooms, including a library, an underground kitchen, and multiple bedrooms.

Any vice president is free to make aesthetic changes to the residence. The Vice President’s Residence Foundation was established in 1991 and uses private cash and donations to maintain the home and make any necessary renovations or additions.

Both Dick and Lynne Cheney opted for neutral color palettes while furnishing their home. According to the Washington Post, they hired interior designer Frank Babb Randolph to assist with the remodeling.

The home is built in Queen Anne architecture and includes a large veranda that encloses the front corner.

Over the years, vice presidents have added a variety of amenities, including a jogging track, a workout facility, and a horseshoe pit.

George H.W. Bush enjoyed running on the quarter-mile jogging track he built at the residence so much that he kept using it even after he had left office.

In addition, the residence has a pool that Dan Quayle added.

The Family Heritage Garden, which Joe Biden built, contains stones honoring all of the house’s prior owners and their family members, including pets. A bronze statue of the Bidens’ dog Champ, who passed away at the age of 13, is also present in the garden.

Karen Pence set up a beehive when the Pences moved in to draw attention to the dwindling honeybee population. Twenty thousand bees are housed in the hive she added to the vice presidential mansion in 2017.

The property is said to have a safe subterranean bunker that might be able to resist nuclear explosions, although the specifics of Number One’s security are yet unknown. The house’s terra cotta bricks were kept unpainted on the exterior until 1960 when they were painted the white we see today.

The Solarium was the Bidens’ favorite space in the house. Under large windows is a white sectional with green pillows. They had lunch or dinner at the round table they frequently set up there.

Compared to the President’s White House, which is more than 5,000 square meters in size, the dwelling is a three-story brick house with 850 square meters of floor space.

The master bedroom, a second bedroom, a den, and a study are all located on the second story. The third floor offers four additional bedrooms, while the second floor has two bedrooms, an office, and a den.

The attic, which originally housed the servants’ quarters, has been transformed into four bedrooms, while the basement houses a sizable kitchen.

On the basement level are the staff quarters and the kitchen. Charles Denyer’s book “Number One Observatory Circle” is also reported to feature a bunker.

The hallways of the vice president’s mansion are lined with well-known works of art. Since the 1970s, the residence has undergone renovations thanks to the families of former vice presidents.

Where Had Vice Presidents Lived Before?

Vice presidents historically paid for their own housing before Congress decided to renovate the Naval Observatory in 1974. However, the vice president’s yearly pay is $235,100, and the price of a private home in the Washington, D.C., region has increased recently.

Vice President Kamala Harris and her spouse Doug Emhoff moved into Number One Observatory Circle after their official inauguration on January 20, 2021. There is more than enough space for their blended family. They will definitely add their unique touches to this large, white presidential house.