The lavish residences of major music stars, such as Drake and Jaden Smith or celebrities like Bill Gates, often generate interest. Their huge residences and pricey cars have become a topic of debate for people all around the globe. However, the Billie Eilish house and childhood home are a little different.

The media often portrays this American songwriter and singer as eccentric. However, she is a role model for the younger generation. Despite being just 19 years old, Billie Eilish has a net worth of $53 million at such a young age.

Most people are unaware that she is also humble. Yes, her powerful voice is predicted to bring her a lot of fame and wealth. But, for the time being, she continues to live with her parents in their modest house in Los Angeles, California.

Why is Billie Eilish Popular?

Billie Eilish Pirate Baird O'Connell is a singer and songwriter from Los Angeles, California. Growing up in a musical family, Billie Eilish was no stranger to music. Even as a youngster, the singer had a strong desire to sing, even joining a children's chorus at the age of eight.

Billie was 11 years old when she began creating and singing her own songs. Her main breakthrough came in 2016 when she sang the lead vocals on "Ocean Eyes," a song written by her brother Finneas. The song was recorded in Finneas' modest bedroom at Billie Eilish's Los Angeles home.

They ended up uploading it to Soundcloud, where it quickly went viral, propelling Billie Eilish to the top of the pop music charts. Eilish released her first EP, Don't Smile at Me, just two years after launching her first song.

Thanks to her distinct style, heavenly voice, and outrageous music videos, it is practically impossible to get enough of this girl. If you've been curious about the modest home of the global superstar known as Billie Eilish, we are going to fill you in on all the details. 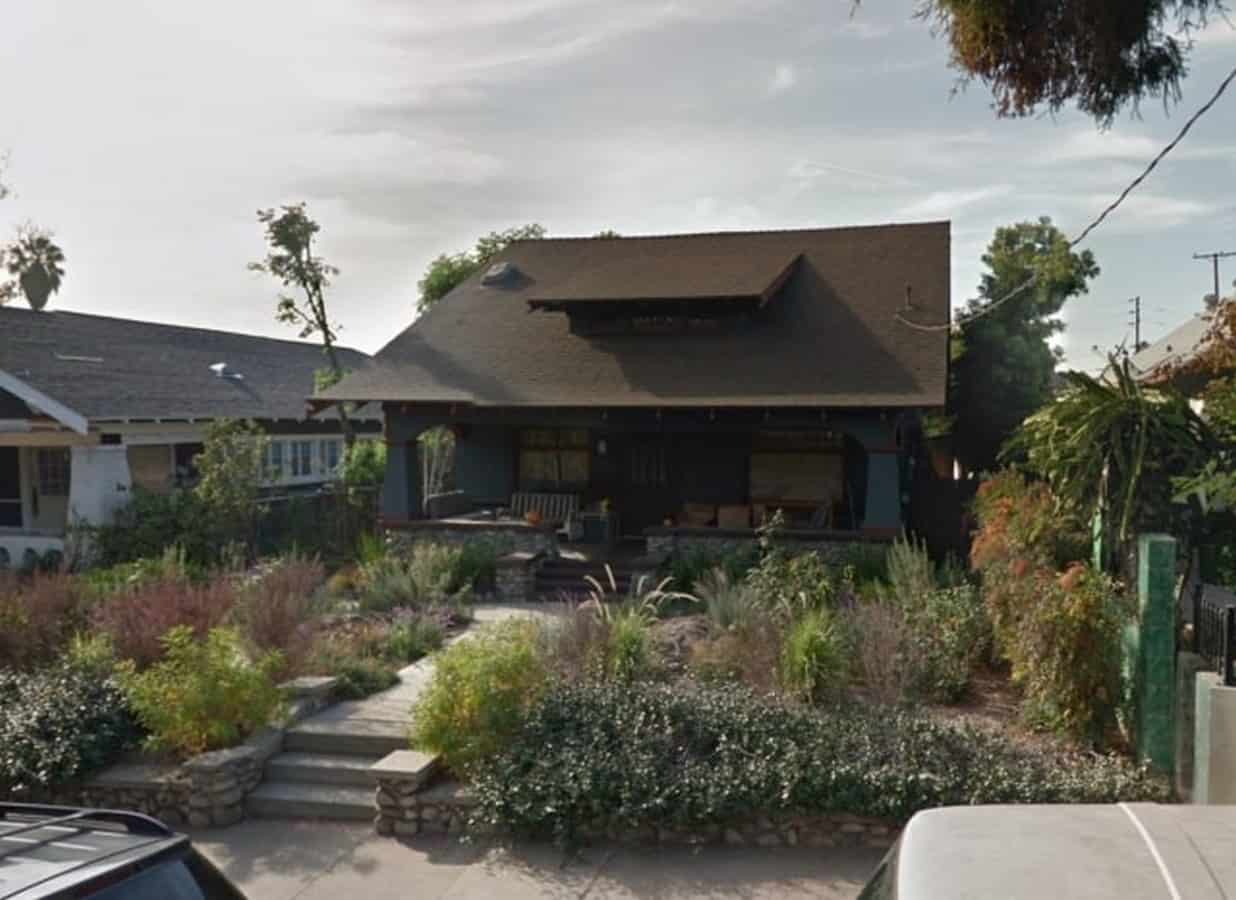 Billie Eilish's house in Los Angeles is 110 square meters in the Highland Park neighborhood. The family purchased this estate in 2001 for $240,000. However, the house's worth has now risen to almost $800,000 as a result of Eilish's legacy. The house has two bedrooms, a hall, a kitchen, and one toilet.

Billie Eilish is said to be living with her parents in Los Angeles. She basically grew up in this beautiful area, listening to her favorite musicians and composing her songs. However, the bedroom where she writes music is too precious for her to give up for a fancy studio.

This mansion may be considered "common" by the people in the music industry, but it has too many memories for the budding music star to go. She hails from a musical family. Her mother is a vocalist and voice actor, her father is also a singer, and her favorite musician is her younger brother, Finneas O'Connell.

In 2019, Billie gave comedian James Corden a tour of her Los Angeles home, which was televised on The Late Show with James Corden. Corden normally gets a lot of these trips from celebrities, but Billie's home tour was unique. He was able to enjoy the property's creative environment, which had its own tiny studio. 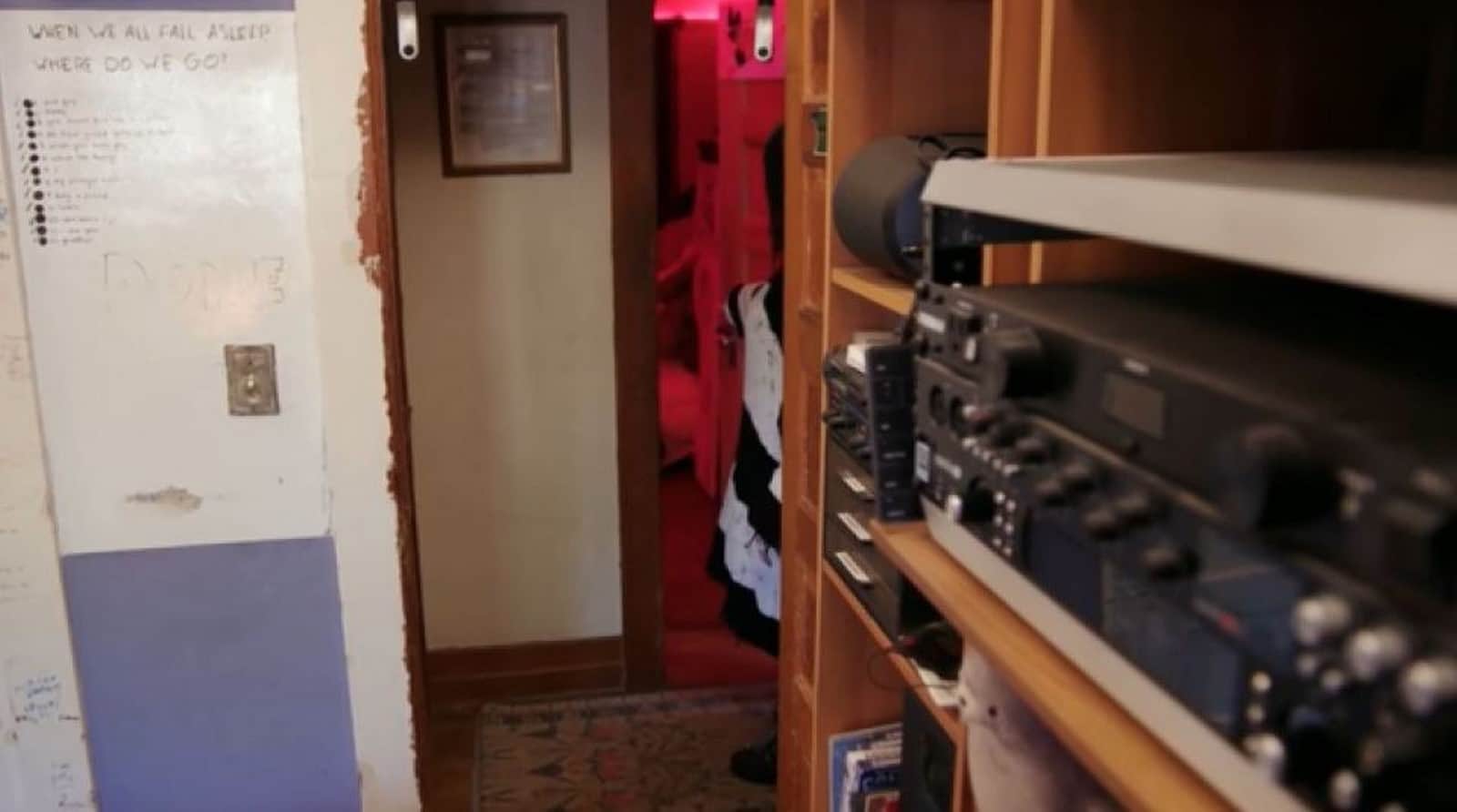 The star's LA residence location was once published anonymously on the internet, and admirers began rushing to her LA home. Billie, as much as she loves her fans, was irritated by this invasion of privacy. One of the primary reasons she didn't want to leave her home was the mix of quiet life and comfort she found there.

Finneas claimed that their parents were kind enough to allow the two brothers to share the two bedrooms while sleeping on a mattress in the living room. During a tour of the home, Billie disclosed that her first album, "When We All Fall Asleep, Where Do We Go?" was recorded in her brother's makeshift studio.

The original track listing for her first album is inscribed on one of the walls. This house is packed with memories and music, which seems to be why Billie is still living in her old home. Coming from a musical family home, the siblings grew up with three pianos as well as other musical instruments. 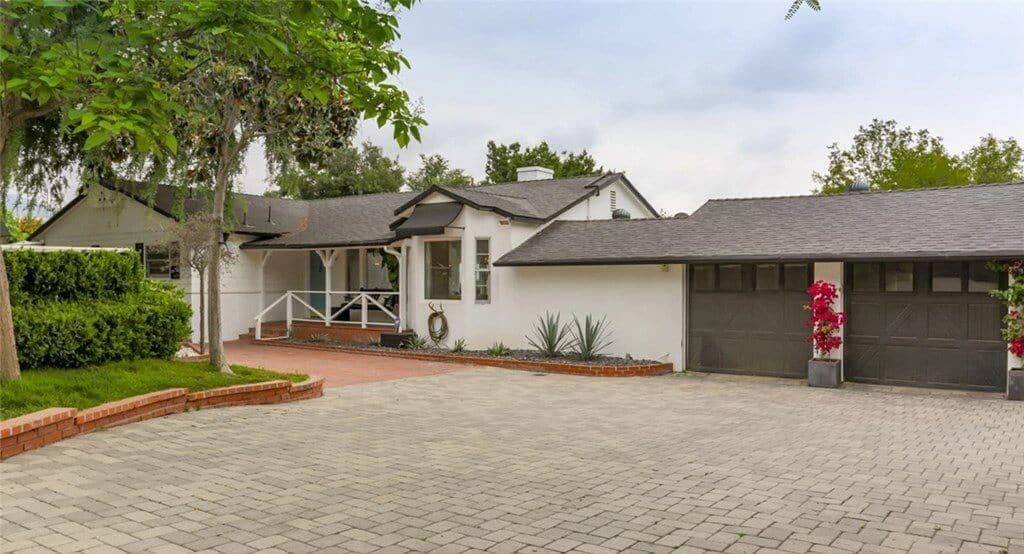 Billie seems to have discreetly bought the wonderful Glendale Horse Ranch from X Factor winner and performer Leona Lewis in 2019. The manner in which Eilish acquired this house reveals a great deal about her ultra-private nature. It is almost hard to acquire a new house in Hollywood without creating headlines, particularly for celebrities like Billie Eilish. So while the sale of Leona Lewis' paradisiacal equestrian home was verified in 2019, the buyer remained unknown.

When more investigation was conducted, it was discovered that not only is the Glendale Horse Ranch approximately ten minutes away from Highland Park (where Billie lives with her parents). However, the broker who enticed the specific buyer had previously worked with Finneas Eilish, Billie's brother.

The main reveal about this property purchase, however, occurred with the publication of Eilish's second album, "Happier Than Ever," in 2021, in which her song NDA not only addresses her problem with dating as a superstar but also declares she purchased a hidden home when she was seventeen. Billie was just seventeen years old when she purchased the Glendale Ranch in 2019. The land is a horse-friendly zone, and we all know how crazy Billie is with horses and horse riding. It is a very private property, hidden behind two 10-foot gates and even larger hedges, with advanced security. It also has a separate guest house, a separate space for horse keepers, goat pens, and several horse paddocks. The house has amenities such as a swimming pool with a stylized sunken conversation pit, three bedrooms and bathrooms, and a newly renovated kitchen area. Furthermore, the house features a modern and rustic beauty, with hardwood flooring and foldaway glass doors, offering refreshing outdoor views and natural light. 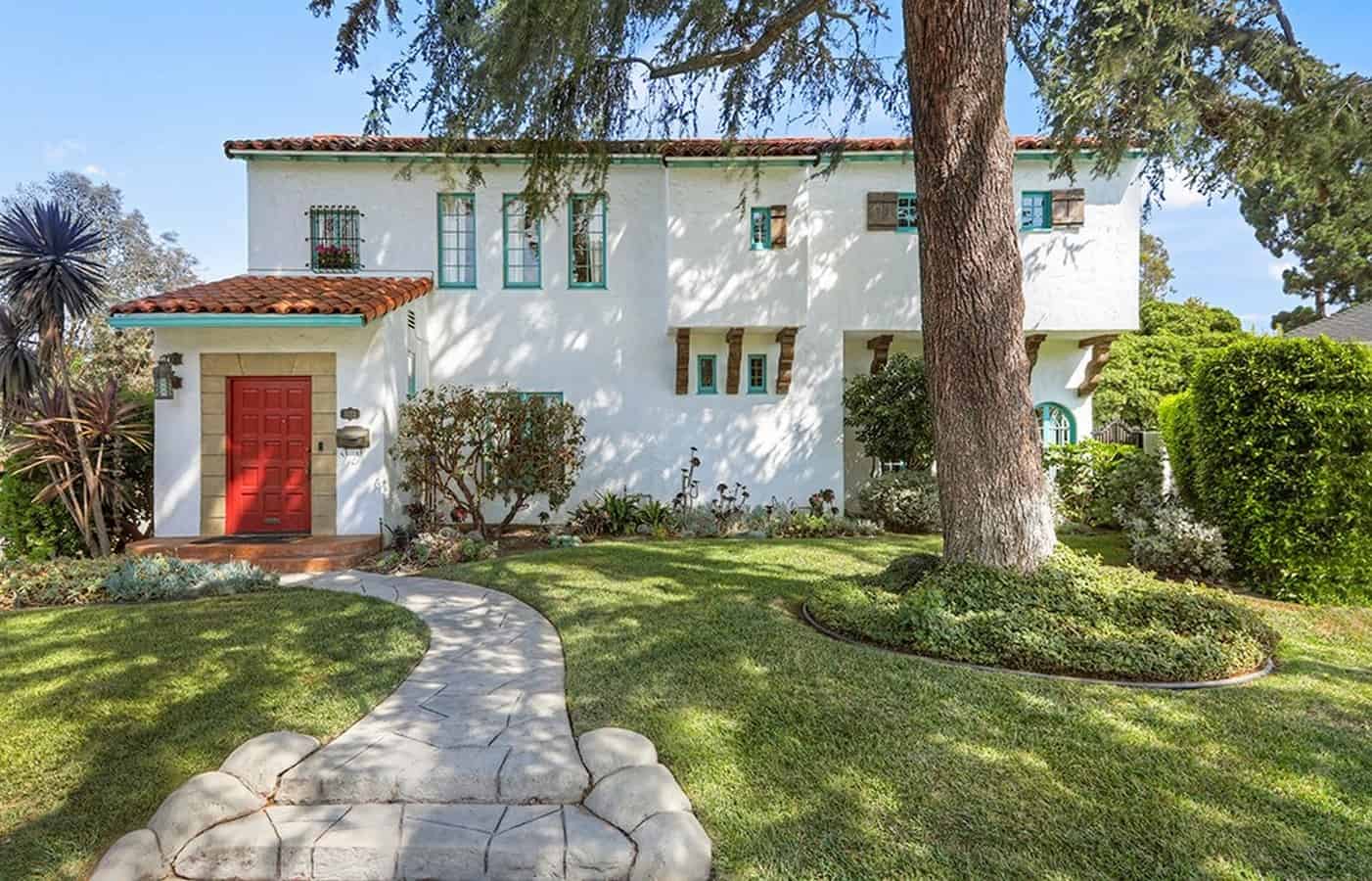 Finneas O'Connell acquired the Spanish Colonial estate in Los Feliz, Los Angeles, in 2019. With tight ties between the brother and sister, Billie was anticipated to move into the home very soon, which was already occupied by Finneas and his fiancée Lucy, who is also Billie's best friend.

Finneas spent $2.73 million for a Spanish Colonial-style home in Los Feliz, Los Angeles. The 2800-square-foot home has 5 bedrooms and 3 and a half bathrooms. The 95-year-old estate has gorgeous oak wood flooring, a French stained-glass window, arched doorways, and a two-story sweeping staircase. 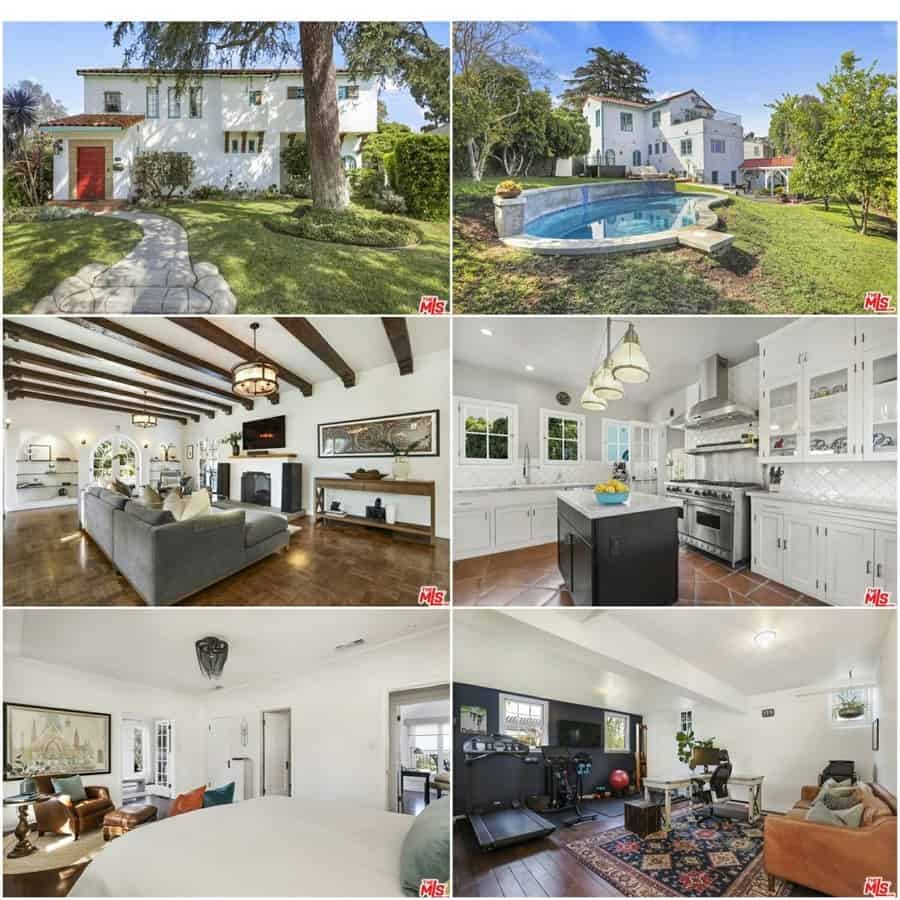 The ground floor has a living room with a grand fireplace, a dining space, and an island kitchen with Saltillo tiles. The master bedroom on the first floor has a large closet and bathroom. The backyard features a dining patio with hanging lights that leads to a pergola patio.

The residence has a private pool, jacuzzi, and a luxurious studio. The exterior has a hint of turquoise and a vibrant red door that contrasts with the white-painted wall. 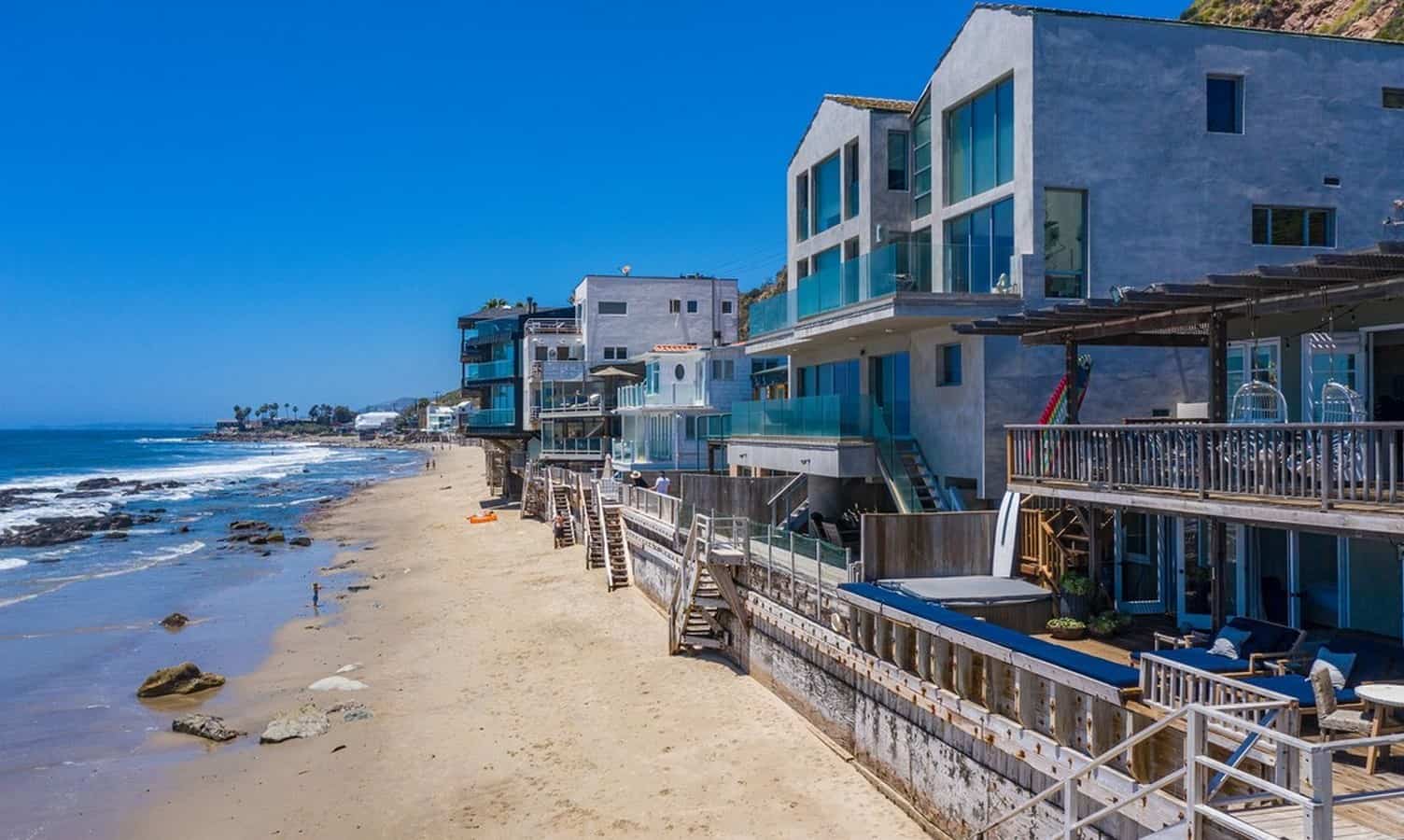 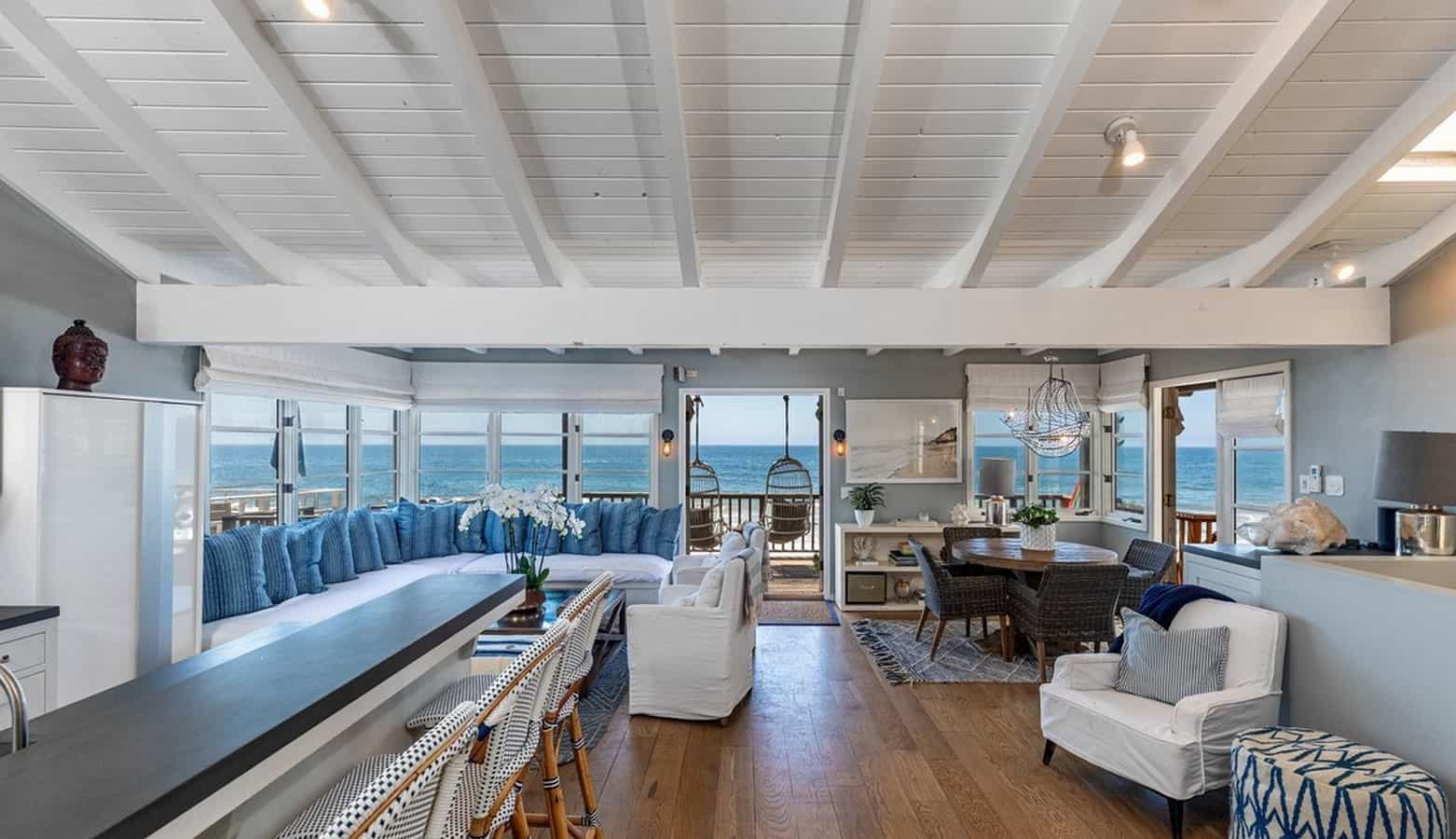 The home was built in 2005 and contains three bedrooms and two bathrooms. The floor layout is open, with hardwood floors and luxury finishes throughout. It has two big beachfront terraces with panoramic views, wide windows that let in plenty of light, and a relaxing jacuzzi. 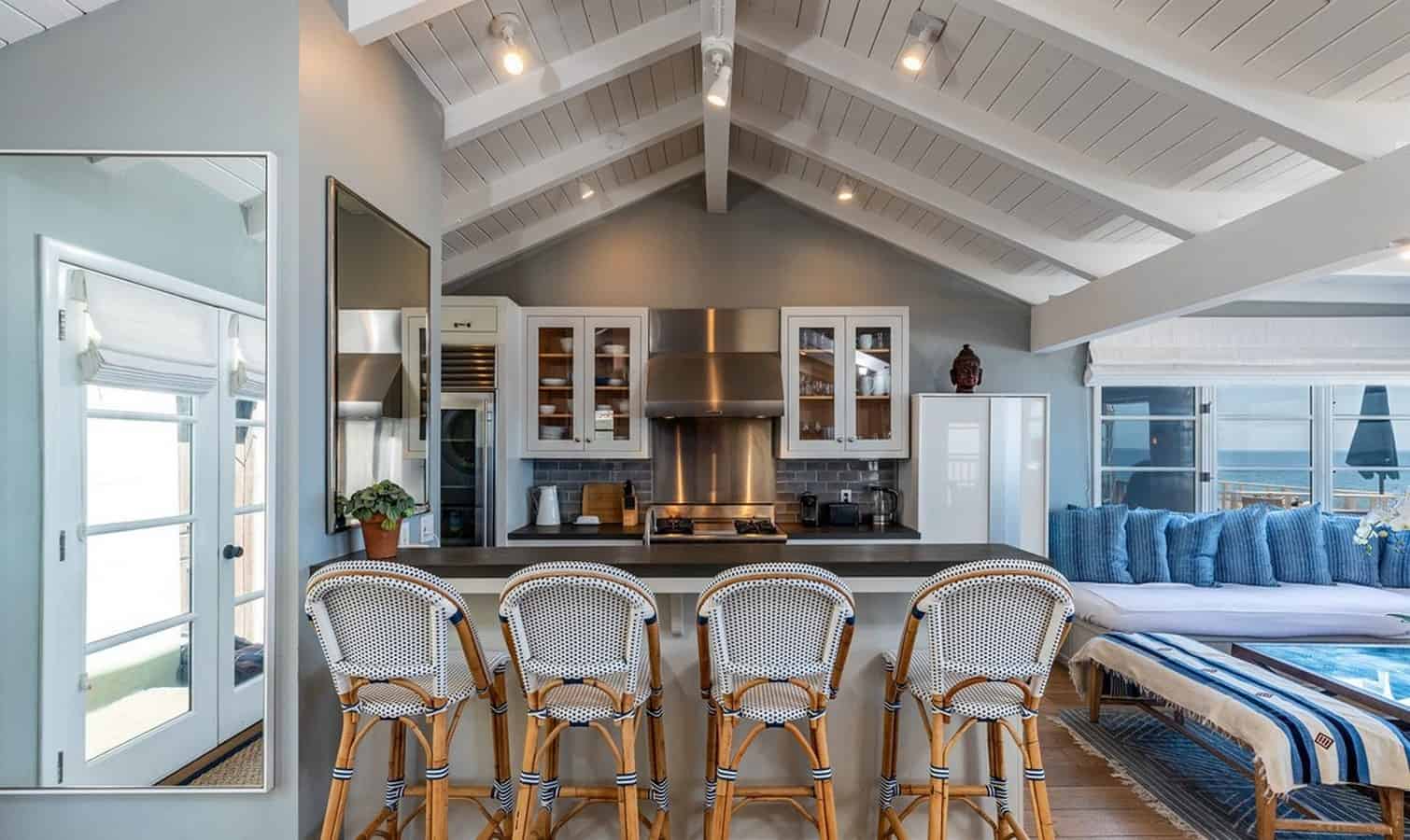 This property seems more like a tranquil hideaway with its fireplace, swing chair, beach frontage, and spectacular views.

The third bedroom with an en-suite bathroom was recently added to the property. The most remarkable feature about this mansion, which is mostly white and blue, is its stunning vistas that calm the spirit.

1. Where does Billie Eilish live?

Billie, a native Californian, stays loyal to her origins by continuing to live with her parents in their modest Los Angeles house. Aside from their childhood house, the siblings (Billie and Finneas) possess a lot of properties around Angeles. Let's learn more about Billie Eilish's secret house.

According to Forbes, Billie Eilish's net worth as of 2022 was $53 million. This is more than twice what Billie's net worth was predicted to be in 2019, with numerous net worth calculators putting her net worth at $25 million.