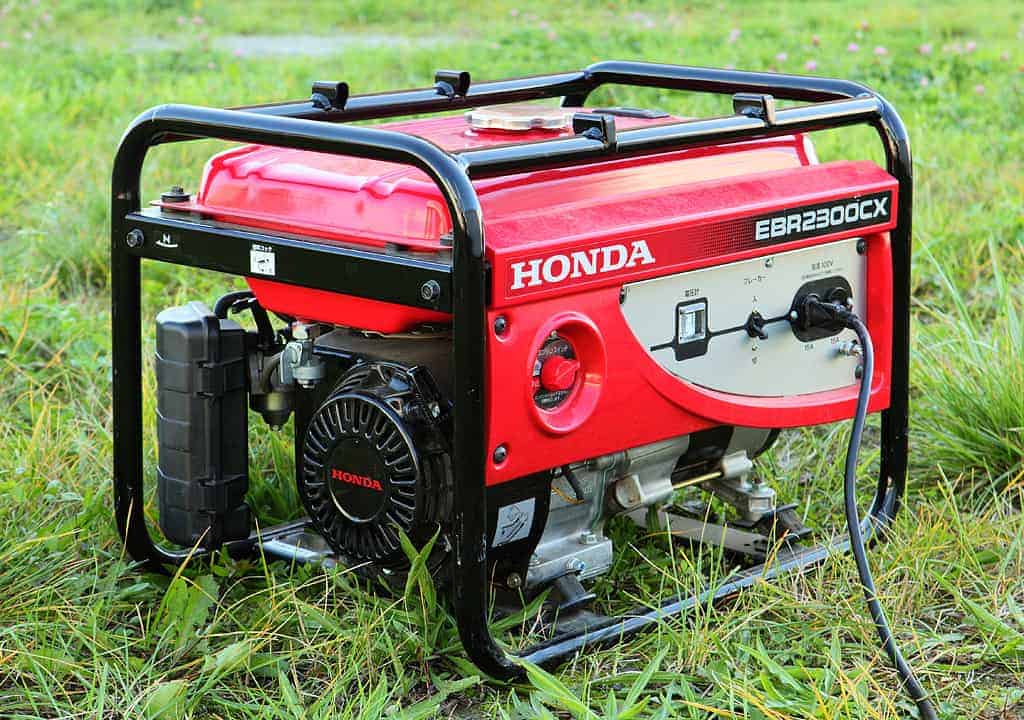 How Much Gas Does a Generator Use?

With about $200-$500, you can own a reliable generator that will serve most of your day to day needs. However, the running costs of your generator will always be greater in the long run depending on how frequently you use the generator.

As such, it is often good to first find out how much gas the generator will be using as this will affect the running costs of your generator. On average, running a typical generator for home use for a full 24 hours can cost you anything from $25 to over $120, but this varies depending on a number of factors which we will explain below.

Factors That Affect Gas Consumption Rate of a Generator 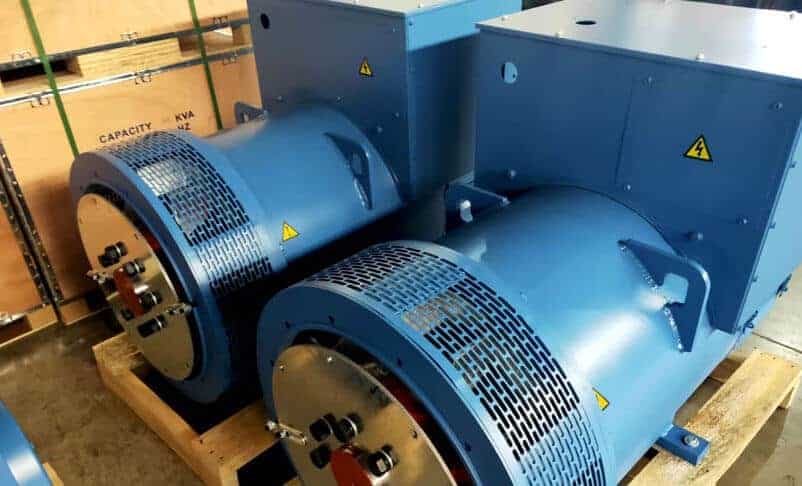 The Type of Fuel

Different generators use different types of fuel. This is the main reason we opted to use average running costs instead of the actual gas consumption rate when coming up with the $25-$120 average we had earlier stated.

There are up to four different kinds of fuel that most generators today use. These include:

Propane is perhaps one of the most convenient and versatile types of fuel you can use for your generator. Generators that are found in very remote areas tend to use propane over other types of fuel. 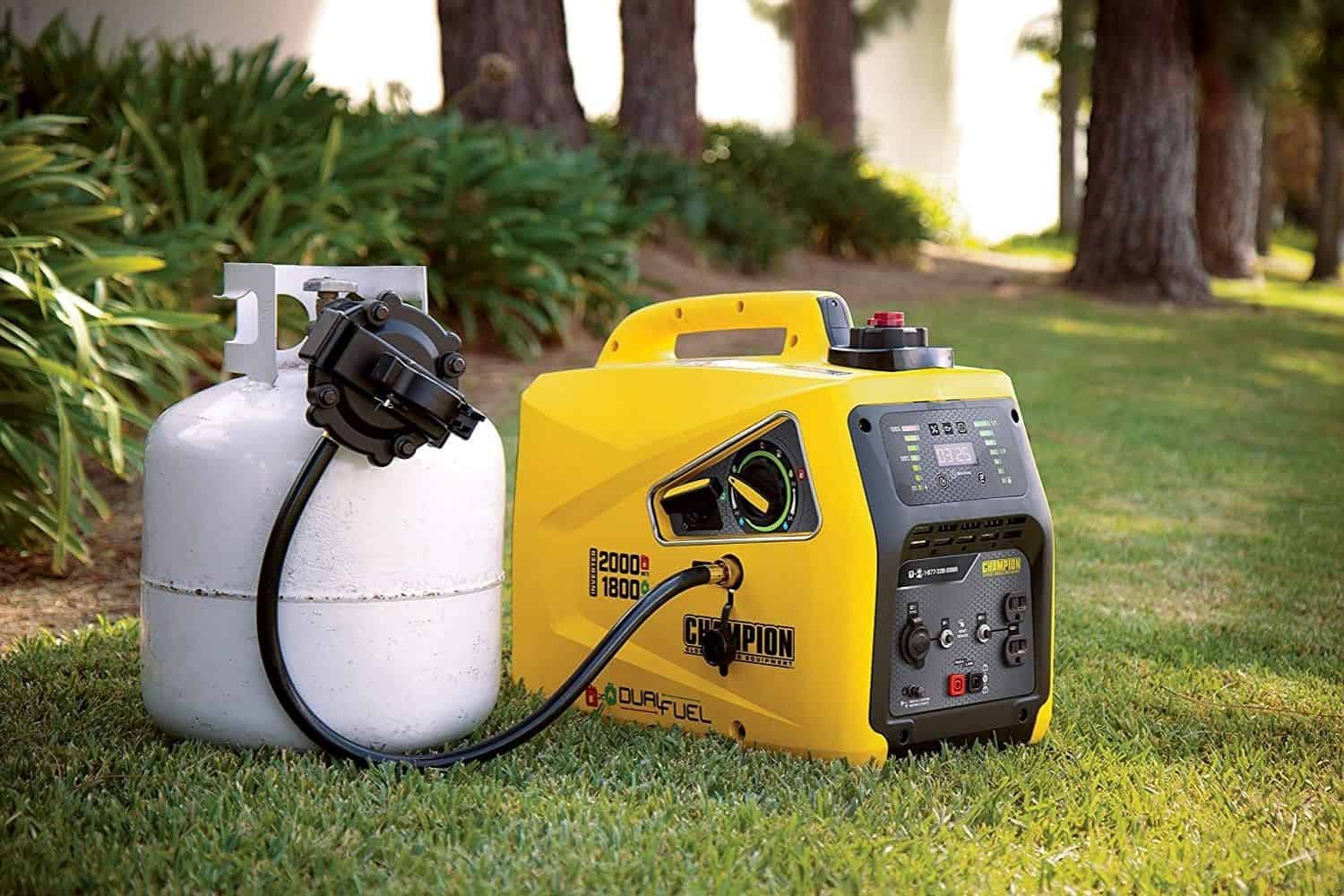 A typical 6KW generator that uses propane can burn up to 35 gallons of fuel in a day. Considering that the average price per gallon of propane is , you may end up spending up to $75 in a day.

Natural gas, on the other hand, is readily available if you are living in a relatively modern area. If you happen to live in the U.S., chances are that your home already has a supply of natural gas. 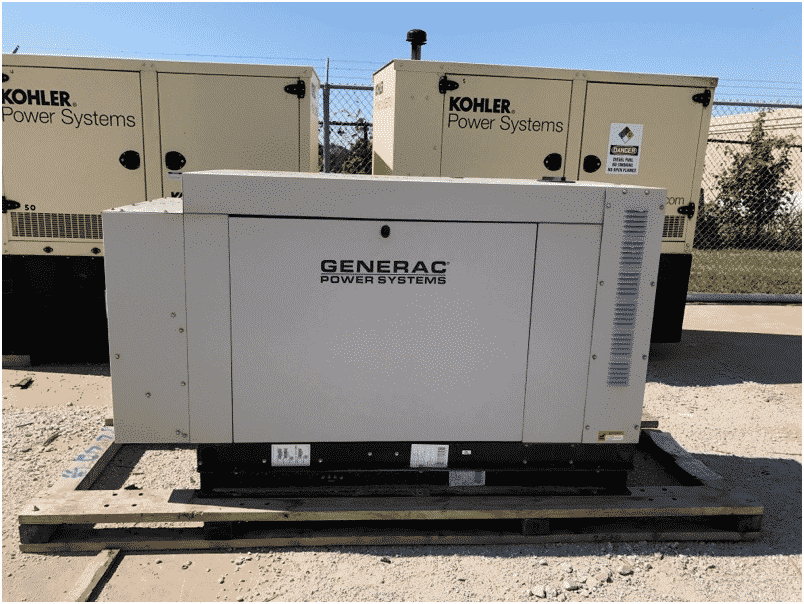 A good number of the generators that are readily available in the market today tend to use either gasoline or diesel. Gasoline generators, for instance, are usually cheaper than other kinds of generators. Diesel generators are also in the same neighborhood, but with one small advantage – they burn fuel slowly and are thus cost-effective. 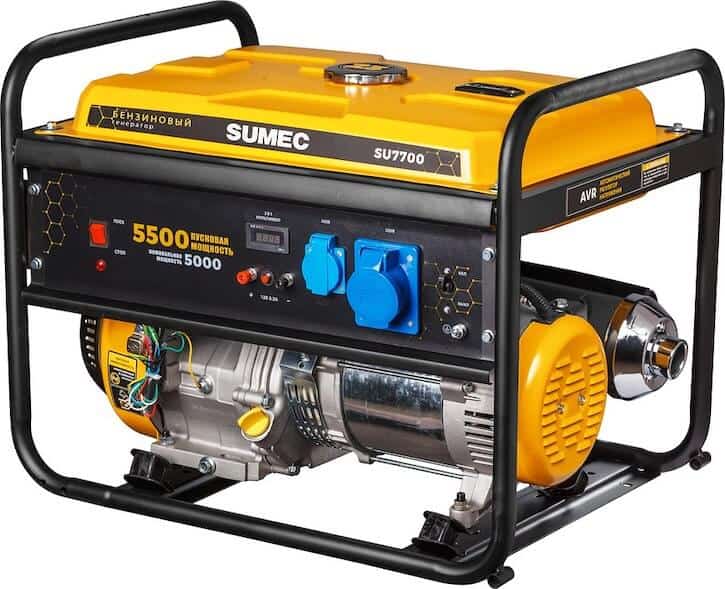 While you'll be spending less to power a diesel generator compared to a gasoline generator, you should know that diesel has a higher level of emissions than most other types of fuel we've discussed.

The Type of Generator

Homeowners usually have up to three types of generators that they can choose from. Below, you will get an idea of how each one of them stacks up when it comes to fuel consumption. 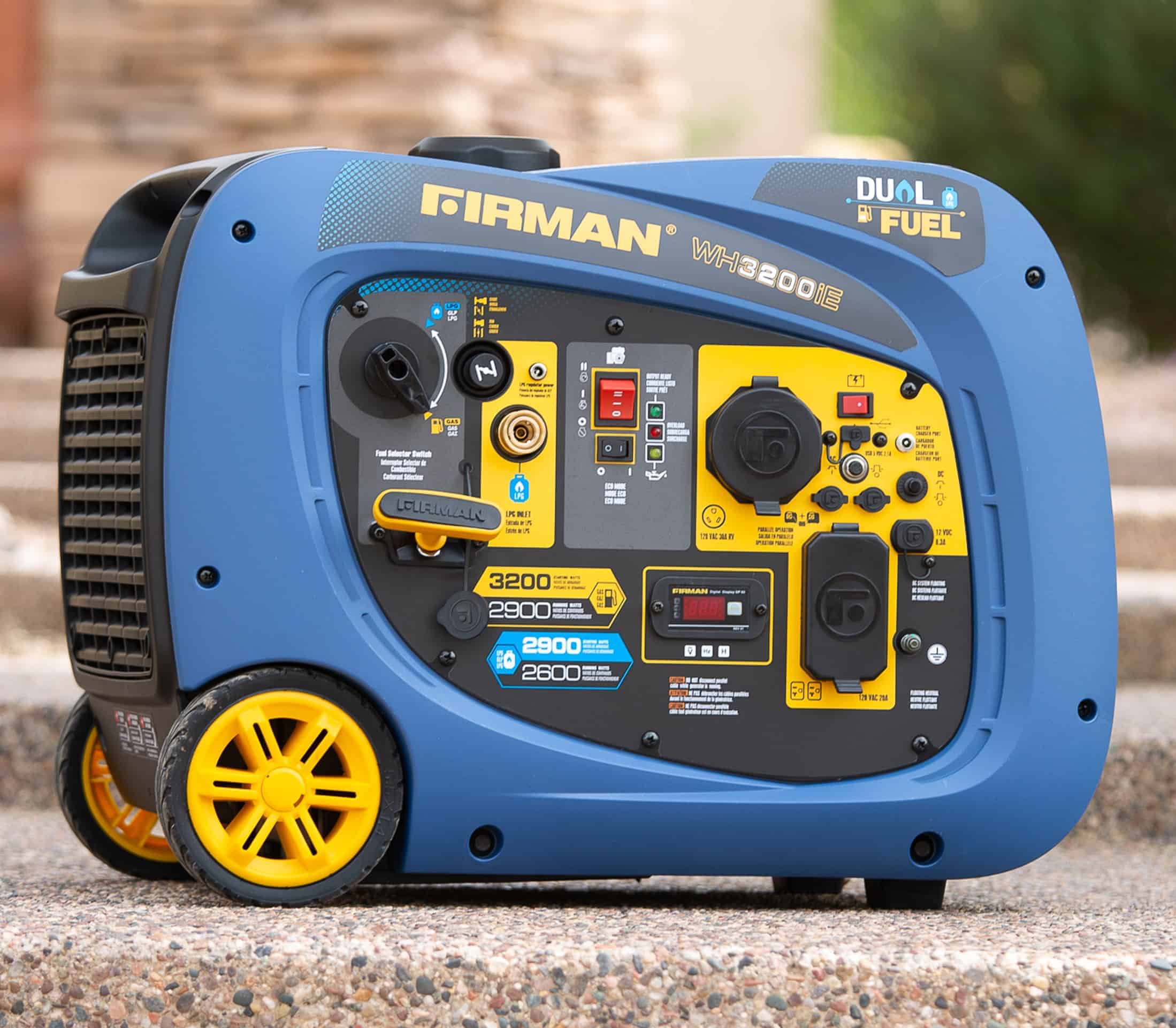 Naturally, inverter generators tend to use an engine and an alternator. They generate DC power which gets transformed to AC power thanks to their digital electronic alternators. This makes them light not only in weight, but also in terms of fuel consumption. However, they can only manage to power small electronic devices like laptops or even charge car batteries. 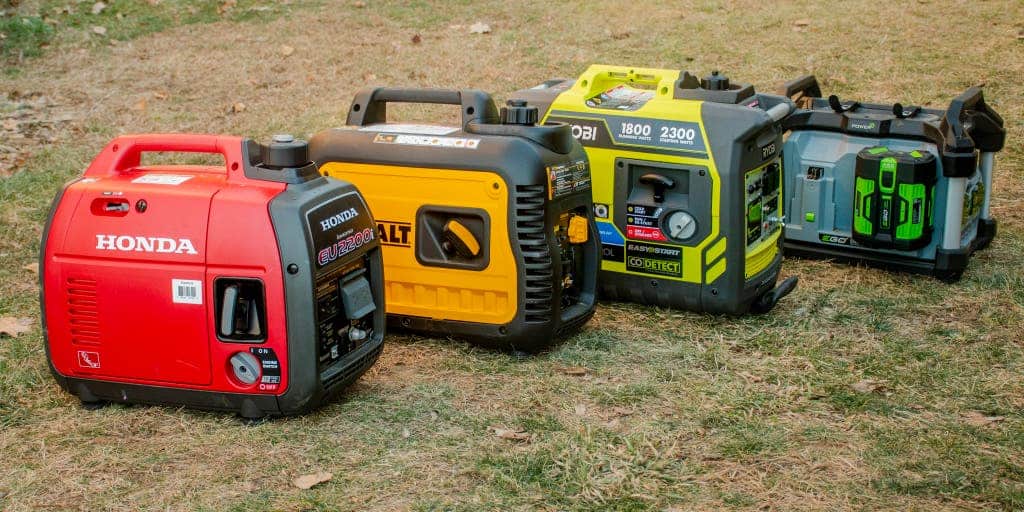 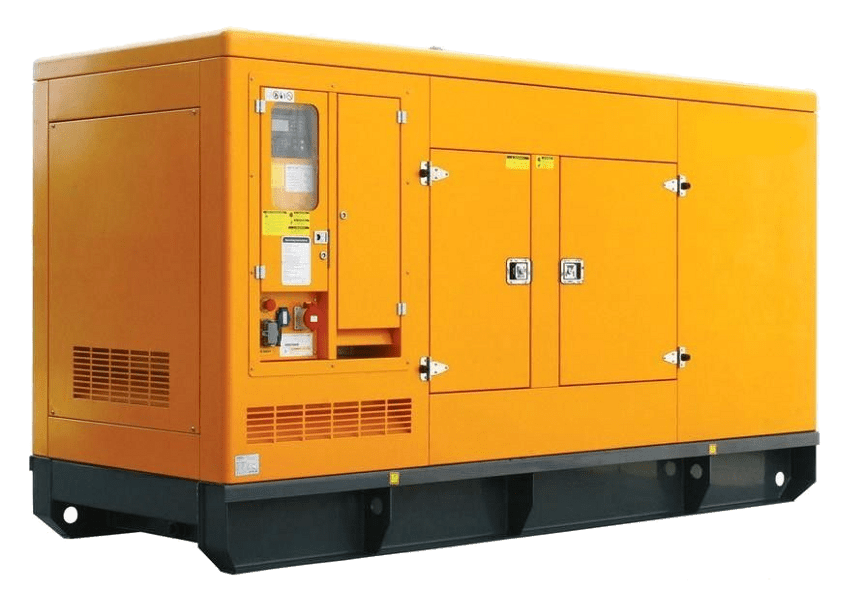 The purpose of a standby generator is to provide you with a seamless switch from the mains power supply to the generator's power. Standby generators are by far the largest of the three kinds of generators available. As you may have already guessed, they are also the most powerful and can power up entire homes or even several offices. To provide such power, they tend to consume more fuel while in operation.

Generators are usually rated in terms of Kilowatts (KW) or sometimes even Kilovolt Amperes (KVA). The higher the rating of the generator, the more powerful it will be and the more devices it can power.

As a rule, you are usually required to know your energy requirements before getting a power generator. This process is known as sizing, and it involves knowing the total wattage of all the devices that will rely on the power from the generator.

A 2000-watt power generator, for instance may not power the same number of devices as a 5000-watt generator. The fuel requirements of these two generators will thus be different, but this will also depend on the amount of load you connect the generator to.

Most of today's generators tend to utilize fuel efficiently depending on the load. As such, a 5KW power generator at ¼ of its full load capacity may actually use less fuel than a 2KW generator at ¾ operating capacity.

Bearing this in mind, you now have an idea of how difficult it can be to estimate how much gas a generator will use. Manufacturers have resorted to specifying the average fuel consumption rates of their generators at specific loads such as at half load for simplicity.

While load can be summed up as total wattage, it is important to know that there are different factors that can make one generator unable to handle a particular kind of load. For instance, a 2KW inverter generator may not be able to power large devices even though their total wattage is less than 2000W.

How to Reduce Your Generator’s Gas Consumption Rate

All this talk about how much gas a generator uses will probably leave you wondering about ways in which you can reduce your running costs. Of course, getting a reliable generator that meets your needs is usually the first step. However, there are a number of ways you can reduce your generator's gas consumption rate without having to sacrifice too much. Below are some of the things you can do:

Reducing the load on the generator will also reduce the strain and consequently the amount of fuel the generator uses. Using energy efficient devices is a great way to start. The use of LED lights is a good example. Since they don't consume a lot of energy, you will have extra power for other devices.

During sizing, you usually sum up the watts of the appliances you believe you'll be using often. However, if you want to reduce the amount of fuel that the generator will use, it is advisable to use appliances that are necessary. You may end up saving much more. In addition, running your generator at its full capacity every time might make it wear out faster. Consequently, it will use up more fuel especially if you don't service it regularly.

If your energy requirements are not too high, you can consider using an inverter generator so that you can significantly lower your running costs. While most people prefer inverter generators for small devices, they can actually be used to power bigger devices as well.

Two or more inverter generators can be connected together to have more power that can power up your devices. Since they don't use up a lot of fuel compared to portable or standby generators, they can be cheaper to manage in the long run.

The amount of gas that a generator uses depends on a number of factors. The type of generator, and even the type of fuel that the generator uses all determine how much gas you will need at the end of the day. In some cases, using a lot of gas is inevitable especially if the generator will be in operation for long hours or if it is connected to a big load.