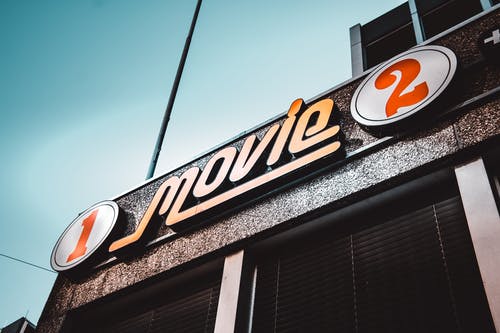 The Best Architecture Movies Every Architect Should Watch

Posted at 08:22h in Knowledge by Ian Mutuli 0 Comments

The realm of architecture requires constant creativity and innovation. These ideas could be challenging to develop if you are starting from a blank page so that architects can find inspiration through various media such as films.

So, if you are looking for some creativity, you can try out some of the movie options below. This post explores some of the best architecture movies every aspiring architect should watch for inspiration.

15 Architecture Movies Every Architect Should Watch

Black Panther is a superhero movie based on a character of the same name from Marvel Comics. This American film follows the nation of Wakanda, which came into place thousands of years ago. When a meteorite containing vibranium metal hits the land, five African tribes go to war over it. Then one warrior eats a herb affected by the metal and acquires superhuman capabilities making him the first 'Black Panther.'

Once he unites four of the tribes to form Wakanda, the citizens continued to use vibranium to advance their society with technology and superstructures. Instead of sharing their discoveries with the world, the nation disguised itself as a third-world country in Africa. The reason architects should watch this film because the scenery features futuristic architectural designs that can inspire architects with ideas for modern buildings and structures.

Blade Runner is a science fiction film released in 1982 and is set within a dystopian Los Angeles city of 2019 with synthetic humans called replicants built to work in space colonies. The movie features a group of advanced rogue replicants who escape space and return to earth, where they are hunted.

Blade Runner, a masterpiece of director Ridley Scott, is a neo-noir film that features thematic complexity and inspiring architectural designs. With a vision of a future city in disarray, the movie is one of the best architectural productions in cinema. It is definitely a film that every architect should watch to get inspired.

Another exemplary architecture movie that every architect should watch is High-Rise. It is a dystopian movie set in a luxurious tower block with numerous modern amenities that make the outside world less interesting to the residents.

The interiors of the structure, which feature various infrastructures, have a futuristic and modern design that will leave any architect inspired. The forty-story tower is the epitome of urban living, with the level of luxury increasing as you go up the floors.

The building has conveniences such as a supermarket, pool, gym, and even a primary school. High-Rise displays various means of infusing various conveniences into a structure, making it an excellent movie for an architect to watch.

Metropolis is a 1927 silent sci-fi drama film directed by Fritz Lang, a pioneering science fiction film in cinema history. The story takes place in a future Million-acre city, Metropolis, where rich industrialists and ranking business owners live in style within skyscrapers reaching up to 1000 stories high. The low-class workers of the city spend their lives underground to run the machinery that power the city.

The beautiful scenes of Metropolis city hold different architectural ideas for modern buildings and structures that can be of significance to an architect. This black and white film is filled with stunning ideas that can motivate any modernist architect making it an incredible addition to our architecture movies selection.

5. The Belly of An Architect

The 1987 film, The Belly of An Architect, is a great movie to watch. It follows the account of an American architect commissioned to construct an exhibit for the architecture of an 18th-century French architect.

The French architect had numerous designs, few of which were constructed. However, his works were not well known until the 20th Century. If you get inspired by traditional architectural scenes, this movie will give you the artistic nudge you need to make a great design.

Another film that every architect should watch is The Fountainhead, a 1949 black and white drama film under Warner Bros productions.

The storyline is about the life of a young modernist architect who fights the norms of traditional architecture that are the standard of the society of his time.

Unwilling to compromise his artistic vision, the architect displays the struggle between collectivism and individuality.

This movie is a must-watch for any architect looking to exceed society's norms to create modern designs that may not share much with the current building designs.

The Grand Budapest Hotel, a 2014 film with drama and comedy whose plot takes place within a twentieth-century mountainside resort. The prestigious hotel is set within a fictional country called Zubrowka, with the main character as a young man, Gustave, who is framed for murder.

The film explores various themes like art, fascism, friendship, nostalgia, and loyalty; all demonstrated within the confines of architecture. The craftsmanship and design of the building can provide enough inspiration to architects.

Colombus is also one of the architecture movies architects should watch. This American drama film focuses on the son of John Cho, a famous architecture scholar who, after getting stranded in Columbus, makes friends with an architecture enthusiast working at the local library.

The 2017 movie features numerous designs that can inspire architects from anywhere around the world. The story explores betrayal, love, and sacrifice amidst the exceptional buildings in the city.

As the name suggests, Midnight in Paris is a fantasy film set in Paris, and the director of the movie, Woody Allen, brings out modernism and nostalgic themes using both humor and drama. The 2011 movie is about the love and relationship of Gil and his fiance Inez who take a vacation in the French city.

The beautiful streets of the city and the buildings will provide the stimulation you need to get that creative edge you want. The mood of the surrounding buildings well highlights the stories of romance, love, and betrayal in this movie.

Playtime is a French-Italian 1967 comedy film featuring, among other characters, Monsieur Hulot; a role played by the director Jacques Tati. This recurring character had previously appeared in the director's earlier films like Mon Oncle and Les Vacances. The movie's scene is set in a futuristic city where two dominant characters repeatedly encounter each other within the day.

The film features various architecturally relevant sites like an airport, offices, apartments, and a hotel. All the scenes are well suited to leave architects inspired since they contain various designs. 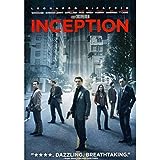 Inception is one of the best science fiction films for architects to watch. The movie was directed and produced by Christopher Nolan and starred by Leonardo DiCaprio. He plays the role of a thief who steals information by entering the subconscious of his targets in a shared dream world and extracting the information he needs.

The dream world features various levels, making it a sort of labyrinth exploring different areas of Los Angeles City. As you move through the different locations, you will definitely notice the design and complexity of the buildings and areas of the dream world.

Renaissance is a tech-noir film directed by Christian Volckman and features a French police officer who investigates the kidnapping of a scientist thought to have the key to eternal life in a future Paris. It features establishments like megacorporations which can inspire you to invent new designs.

In the mood for love is a Hong Kong romantic movie that Wong Kar-wai wrote, produced, and directed. It tells the story of the lives of a man and a woman whose spouses develop feelings for each other and have an affair.

The central characters rent rooms adjacent to each other in an apartment and become develop a friendly relationship. A movie is a great option for architects since it features various interior spaces of creative interest.

Dark City is a 1998 sci-fi movie directed by Alex Proyas featuring John Murdoch, an amnesiac who is a murder suspect. The plot is about Murdoch trying to remember his identity while trying to clear his name. As he attempts to prove his innocence, he is under pursuit from the police inspector Frank Bumstead and a mysterious group only known as "the Strangers'.

In his escape, Murdoch finds himself in an anachronistic city where it's always night. At midnight, everyone falls asleep, and the Strangers rearrange the city while changing people's identities and memories. Following Murdoch's journey will certainly spark your architectural interest as you move through the fictional Dark City.

Skyscraper is a 2018 action film starring Dwayne Johnson, and it centres around a former FBI agent whose family gets stuck in a newly built skyscraper in Hong Kong. The tower, which is the tallest in the world, was taken over by terrorists and set on fire. The intruders infiltrate the building's safety measures to prevent the Skyscraper from putting the fire off automatically.

Sawyer, the former FBI agent, has to find a way into the building to save his family from the fire. The movie is suitable for architects since it features numerous modernist concepts incorporated into urban houses.