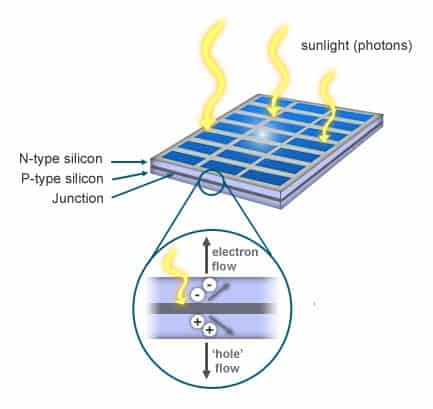 How Do Solar Lights Work?

A solar light is also known as a solar lamp or lantern and is a lighting system that has several components. These include solar panels, a charge controller, battery, LED light, and more. It may also feature an inverter, which is responsible for regulating the power supply. The lamp operates on electricity stored in the batteries and charged by using photovoltaic panels.

More so, the solar-powered household lighting can be used to replace light sources such as kerosene lamps, and candles. They also have relatively low operating costs, as when compared to kerosene lamps. This is because renewable energy from the sun is abundant. Furthermore, solar lights produce no indoor air pollution, like kerosene types.

Solar lamps are also commonly used in rural areas and can provide electricity for other devices. More so, American companies are working to produce several innovative products for solar lighting purposes.

Most solar panels feature a crystalline silicon and semiconductor material. Furthermore, a solar light often has two layers of silicon. The lower layer may have a small number of electronics, and a positive charge to the presence of negative electrons. Furthermore, the upper layer often has more electronics and a slightly negative charge. A potential barrier occurs between these two layers.

When the stream of light particles referred to as photons are produced, they give energy to atoms in silicon. This releases an electron from a covalent bond to the next energy level, from the upper layer to the lowest level.

The promotion of an electron provides free movements within the crystal, which later on releases a current. Then, more light is produced, and this causes more electrons to move around, and this also increases the current level. This process is known as the photoelectric of the photovoltaic effect. The photovoltaic systems work to convert sunlight into electricity.

Solar panels have different layers of materials. Usually, the materials are arranged in the order of glass, encapsulate, crystalline cells, encapsulate, back sheet, junction box, and the lastly frame. The encapsulate helps to keep moisture and contaminants out, which might lead to complications.

The battery is usually placed in a plastic or metal case. In the case, are electrodes, which are the anodes and cathodes. They are responsible for chemical reactions that produce power. Also, a separator is placed between the electrodes, and it stops them from reacting together. It also allows the electrical charge to flow between the two. Also, the collector relays the charge from the battery to the outside.

Batteries in solar lamps use gel electrolyte technology with optimal performance in deep discharging. This way, it can accommodate an extreme range of temperatures. More so, it may also use lead-acid, nickel-cadmium, and more.

This aspect of the lamp works to save energy from the solar panel and relays power when required at night, where light is needed.

Broadly speaking, the efficiency of photovoltaic energy conversion has limits due to physical factors. An average of 24% of solar radiation of a long wavelength is often not absorbed. Also, an average of 1/3 of energy is a lot to the environment, and further losses occur during use.

This component regulates the working systems to protect the battery charge. Its also responsible that under any circumstances, including extreme weather, even with substantial temperature differences, that the battery won't overcharge. Also, it won't discharge and damage the internal components of the battery.

More so, this component features parts such as a light controller, time controller, lighting protection, reverse polarity, AC transfer switches, and more. These help to ensure the sensitive back uploads work correctly during a power outage.

Related Article: How to Select A Solar Charge Controller

Solar lamps can be simple for users to install and maintain because they don’t require the electrical grid. These lights also have the benefits of reduced maintenance and no electrical costs. They are also convenient to use, where there is no electrical grid or remote areas that don’t have a proper supply of electricity. Plus, there are many instances of people suffering from eye deterioration, burns, and even in rare cases, death due to a lack of alternative lighting solutions.

Also, women have sometimes felt unsafe to use public resources such as toilets, especially after dark. These are the realities that face over 1 billion people all over the world. The lack of alternative lighting solutions is increasingly leading to various complications.

Furthermore, the output of solar energy is limited by issues such as the weather. It is less effective when the weather is cloudy, wet, or during winter. Also, households that want to switch to solar lamps from kerosene lamps also have health risks associated with kerosene emissions. Kerosene has adverse side effects on the respiratory system.

Using solar energy reduces the occurrence of pollution indoors, where kerosene or combustible fuel is linked to various health complications. That said, photovoltaic panels made using silicon, and other toxic metals such as lead can be challenging to dispose of.

Also, embracing the use of solar lights improves educational standards for students who live in environments that have no electricity. A recent study in Bangladesh showed that the use of solar lights decreased household expenditure significantly. More so, it also helped to improve children's home study hours and school attendance.

How Do Solar Lights Work FAQ?

Q. What are the benefits of outdoor solar lighting?

A. Simple installation is the best reason to invest in solar lights. You don’t need any special wiring or power sources, to install them in the ground. You will also be pleased with the reduced power costs because you won't be connected to the electrical grid. Safety is also another benefit because they don’t use electrical cords.

A. The Ni-Can rechargeable batteries will last for over two years when well taken care of, and also used to recharge lights. You can place orders for replacement lights from companies online. Also, LED bulbs will run for over 100,000 hours each, and you cannot replace them. Consider consulting with your light brand for added information on the longevity of solar lights, and their suitability for your needs.

Q. How do I take care of my outdoor solar lighting?

A. Since solar lights are powered by direct sunlight, you need to clean them regularly to remove dust or dirt. This way, the lights will be efficient in light absorption. More so, the lights don’t work as effectively during the winter seasons, or on cloudy days. Thus, you may want to keep them indoors during the winter or rainy seasons. This will help improve the longevity of the lights.

A. While solar lights are suitable for all temperatures, the models that are made using glass should not be placed outdoors if you experience lots of snow or rain. Also, avoid exposing them to windstorms or extreme weather, as this can easily lead to light damage. You can go for the hanging fixtures if you are concerned about damaging your lights.

There are many benefits associated with using solar lights. While they have drawbacks such as being ineffective during snowy and rainy days, their benefits surpass any such shortcomings. Below are some of the top benefits of using these lights:

People around the world increasingly realize the importance of using sustainable methods to power our lives. Thus, learning about how do solar lights work is an excellent place to start your journey to living a sustainable life. Solar has many benefits over the conventional electrical grid light. You can even use one outdoors when camping or working on something in low light conditions. Before investing in a solar light, consider various aspects such as the brand, and the functions the light offers.