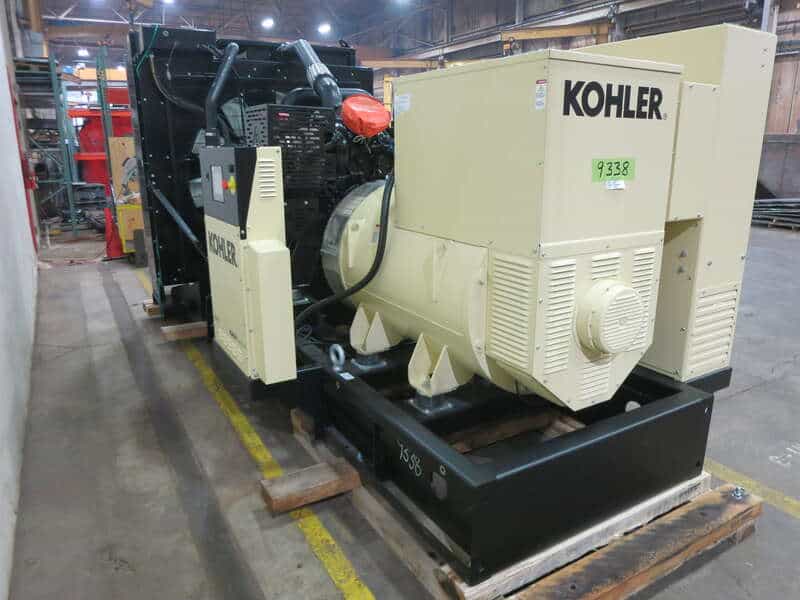 My Kohler Generator Runs, but No Power is Produced

by Ian Mutuli
Updated on 7 November 2022

Generators are big, complex power generators that we rely on to keep the world functioning when utility electricity breaks down. But what if your Kohler generator runs, but no power is produced? The loss of residual magnetism in the alternator and a failing AVR or other excitation component are typical causes of a generator not producing power.

Kohler Generator Runs, but no Power is Produced.

Generators work by pushing electrical conductors through a magnetic field that they create themselves. Magnets are not found in generators. Instead, the magnetic field is formed by converting a portion of the generator output voltage to DC and feeding it into a coil to create an electromagnet.

Generators use a phenomenon known as residual magnetism to start up. A small amount of magnetism was leftover from the magnetic field created the last time the generator ran. However, it is sufficient to generate enough power. An electromagnet is made with this minimal amount.

The loss of residual magnetism can be caused by:

Clean all ports of any particles, trash, or blockages, and double-check that all connections are secure. It is a crucial step in ensuring your generator's dependability.

Panel/wiring issues that cause low voltage alerts. If a circuit wiring error is the problem, locate it and fix it. For example, if an excitation circuit is broken, use a multimeter to locate and reconnect the broken excitation winding. If the failure is due to poor contact, you can polish the surface oxide layer until it is smooth, then tighten the loose connection nut and bolt.

Before starting the generator again, figure out why the breaker tripped and fix it. If the engine isn't producing electricity, replace the blown fuses/circuit breakers. If the fuse keeps blowing, Kohler suggests inspecting the ground wires.

An electrical short can be caused by faulty ground. The alternator may need to be replaced if the ground connections are securely linked to a metal surface.

It is a simple fix. Simply switch out the brushes.

To avoid an accidental:

To avoid any unintentional ignition, unplug your spark plug. Next, disconnect the two spade connector wires from the brush assembly and remove the bolts or screws holding your generator's alternator cover.

Remove the generator's capacitor and discharge any remaining charge. Then, using a multimeter, take a reading from the capacitor. The reading should be within +/- 5uf of the capacitor's indicated rating listed on the side. If it isn't, it needs to be replaced.