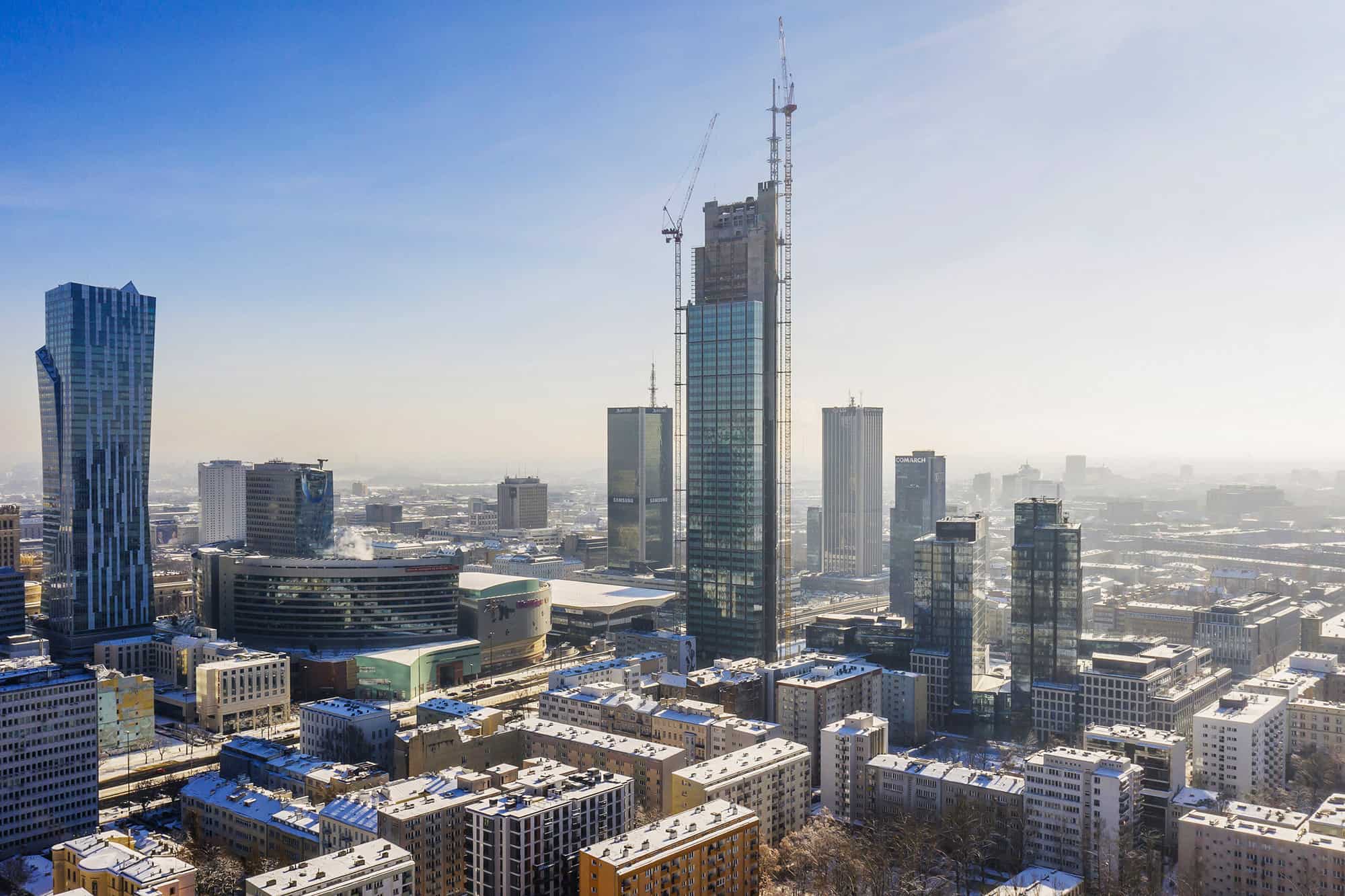 and welcome back to the only weekly newsletter that promises to never judge you for ordering pumpkin spice— you don’t have a problem, it’s just autumn and it’s chill to be basic 🍁🍂🥮

but we’ve got a lot to get to, so sprinkle some cinnamon on that latte and LFG 😤

One of the UK’s biggest just cut the ribbon on the EU’s tallest. That’s right, with the 310-meter Varso Tower in Warsaw, Poland, the Foster + Partners structure just cleared the Commerzbank Tower in Frankfurt— so big news for F & P who now officially have bragging rights over… well, Foster & Partners also built the second tallest one, too. Still, this is a Big accomplishment. Literally 🥁

Technically, it’s 230-meters of tower and 80-meters of spire, but we support the lack of prejudice against spires. Solidarity 🙏

Hashtag # Obligatory Halloween Content. This is a classic article by Azure Magazine, but one that resurfaces every late October and is always worth re-visiting. “The Old Mansion on a Hill,” “The Modernist House,” “The Getaway,” “The Research Station,” and “The High Rise” are all covered in Part 1, and Part 2 shares even more terrifying tropes from Hollywood Horror.

Is this serious, hard-hitting architecture journalism? Not even a little bit. Is it fun, spooky brain candy that might inspire your scary movie selection this weekend? Absolutely.

According to this reporting from Bloomberg, renovations have overtaken new construction in architectural billings in the US for the first time in 20 years. The upsides? Reusing buildings is good for the environment, especially because a key part of these rehabs is energy-efficient, green-friendly retro-fitting and such. The downside? A lot of these rehabs are not green-friendly at all– in fact, the article details that under 5% prioritize this. Yikes.

Honestly, this article IS serious hard-hitting architecture journalism, as it delves into not only the consequences and implications, but also the causes and origins of the moment America finds itself in right now. Worth a read for real.

MAST has been in the headlines a few times over the last few years. I mean, they’re on the cutting-edge of maritime architecture, so it’s hard to ignore them. Now, the Copenhagen studio has debuted their “Land on Water” project: floating modular homes, built with recycled plastics, on the water.

In an interview with Dezeen, the designer Magnus Maarbjerg described his ambitions: “”We think that a system like ours could, in the future, provide a way of organically developing large communities on water.”

“I think there are lots of challenges when it comes to most of the technical aspects of making things as simple as possible, and trying to reduce the amount of complication around it. So there needs to be a lot more design optimization. For me this is a small scale idea that can be replicated potentially at a larger scale.”
–banger interview with Henry Glogau, who is changing the world for the better

“People won’t experience a single metaverse in the future; instead, they will travel through a number of interconnected metaverses that can communicate with one another and are all supported by meta-economies and the blockchain. In this new world, architects began to take place as creators and designers of spaces, cities and buildings in the metaverse universe.”
– Elif Ayse Fidanci with an interesting piece on becoming a metaverse architect

“When sketching anything for interior design” data-wpil-keyword-link=”linked”>interior design, there are no set rules. The process is about developing and communicating ideas. Many interior designers create images that do not follow typical standards of perspective and scale and use the method as an expression of art allowing them to use various techniques and styles to communicate a feeling instead of a realistic translation of a space.”
-Samantha Frew on Why the Process of Interior Design Should Start With Sketches

A stunning office building by Laguarda.Low Architects in Chengdu, China, completed and opened in 2022