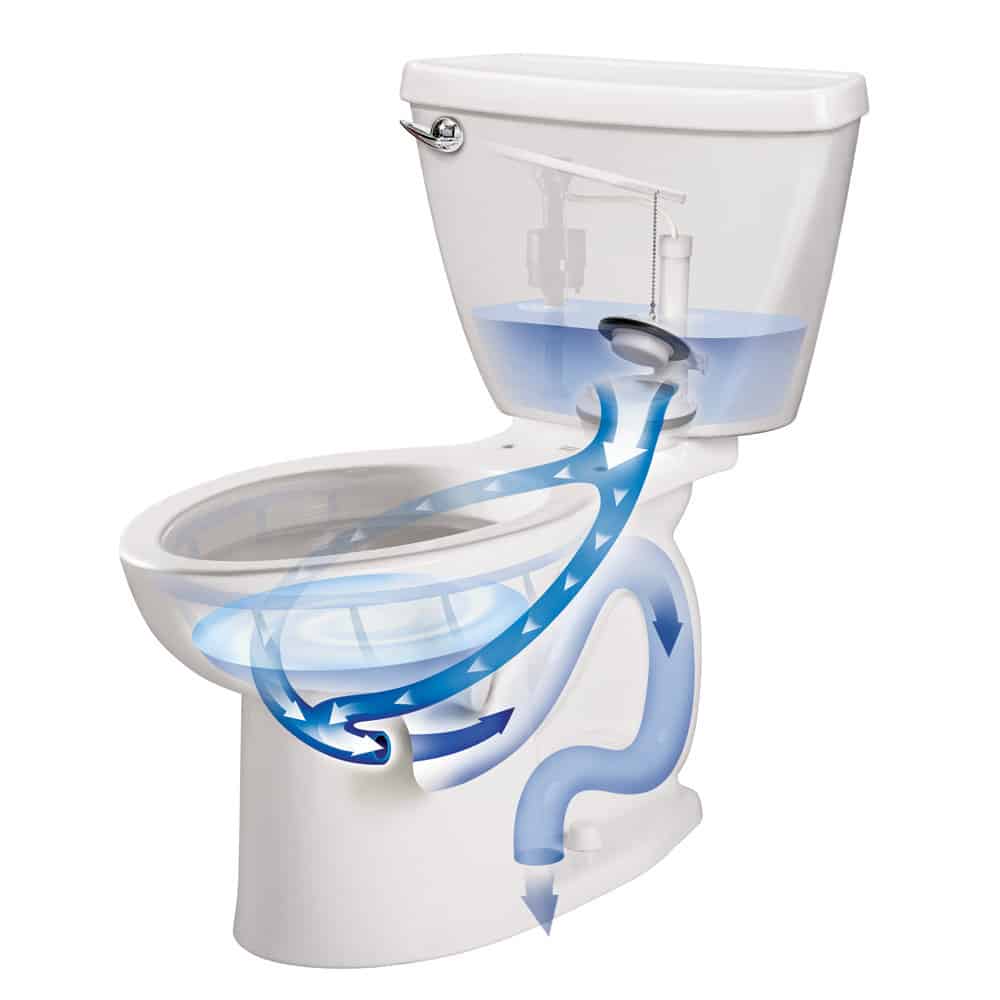 Learn the Basics of How Toilet Plumbing Works

You probably use a toilet at least once a day if you have access to good sanitation. However, you probably don't know how one operates unless you're a plumber. Fortunately, we will walk you through how toilet plumbing works.

Since the beginning of time, people have been trying to get rid of waste. The first cave toilets date back to 2000 B.C. Alexander Cummings created the first gravity-flush toilet in 1775, which is what most toilets have today. Here is a brief history of toilets.

Toilets, or water closets as they were formerly called, revolutionized sanitation in the 1800s. Nowadays, you expect businesses, residences, and dining establishments to have hygienic flushing toilets. Here the CDC explains the need for restrooms and toilets. 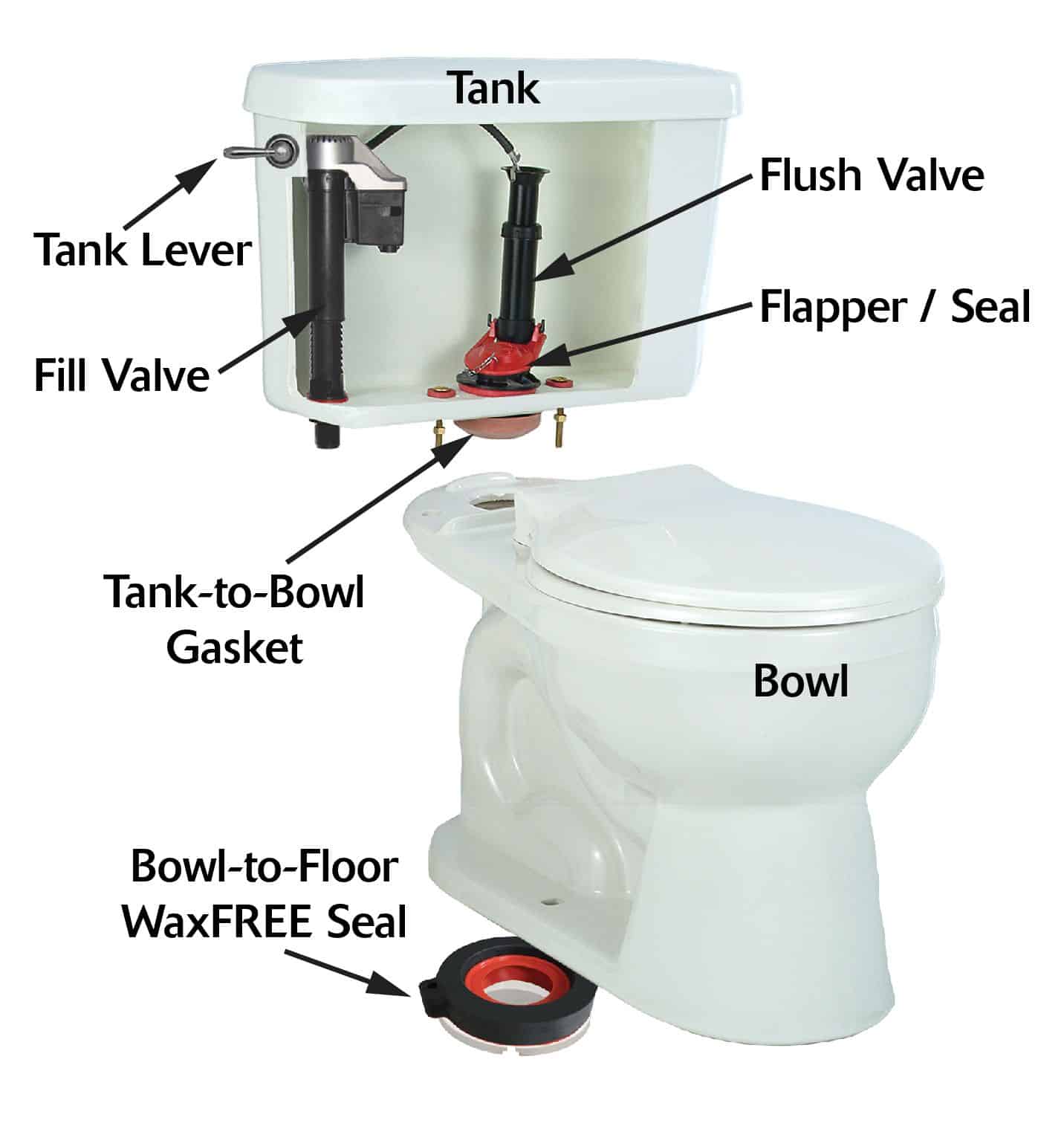 The flushing system is located inside the tank of your toilet. A chain inside the tank is connected to the flush handle outside. You push the handle that pulls the chain to flush.

The flush valve or flapper is raised by pulling the chain. This allows the tank water to swiftly enter the toilet bowl by opening the drain hole in the tank's bottom.

The flush is produced in the bowl by the fast entrance of water from the tank through jets in the rim. Whatever is in the bowl is drawn out by the suction and down into your pipes. 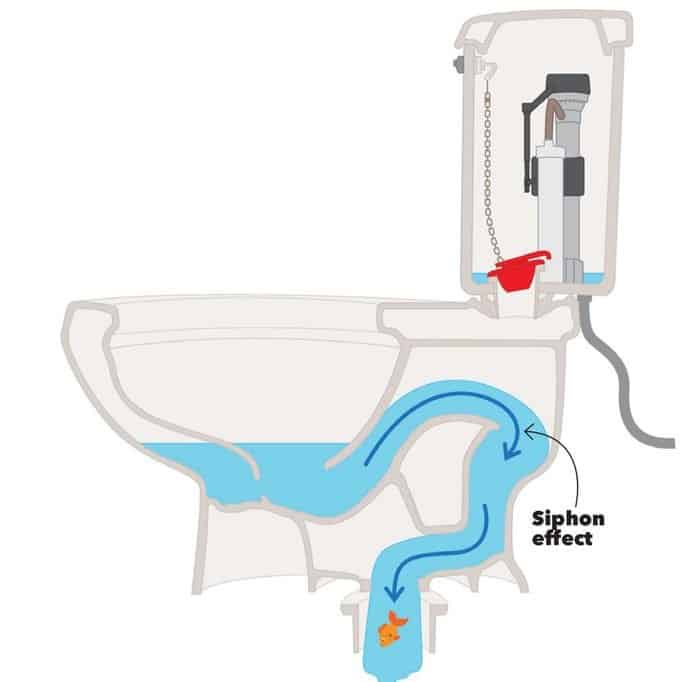 A quick swirling motion removes any waste in the bowl. Then, the contaminated water is drawn through the S-trap by gravity and into the septic tank or sewer pipes.

After the flushing cycle, a tiny amount of clean water from the tank will still be in the toilet bowl. This occurs due to the "S" curve in your toilet drain. This bend efficiently prevents odors from creeping up your drainpipe and captures some of the water left after your flush. 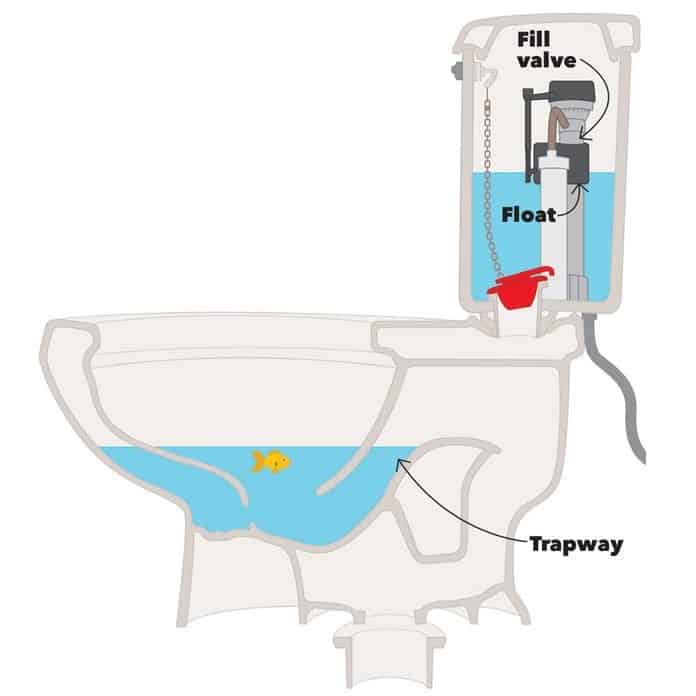 The float ball drops to the bottom as soon as your tank runs out of water. The inlet valve leading into your toilet tank starts to let water flow back into your tank once it is empty to fill it back up.

Clean water from the water supply fills the tank and flows through the valve's base, up the refill tube, and back down through the overflow tube.

The float ball is propelled upwards by the growing water level as the water fills your tank. Then, finally, the valve closes, and the flushing stops when it reaches the fill line. 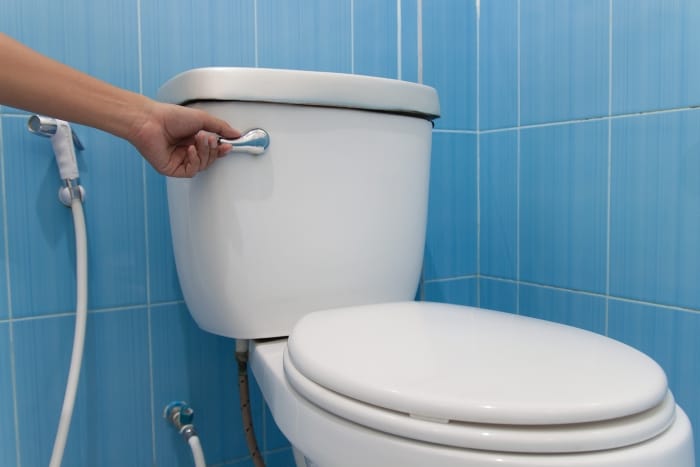 The flush toilet is the most widely used in the developed world. It is made up of a tank, a bowl, a seat, a lid, and a siphon tube that connects to a drainage system.

One of the best engineering inventions is the siphon, which maintains a constant water level in the bowl thanks to its upside-down U-shape. Bowl water shuts out sewage gas from the drainage pipes, cleaning waste and reducing germs and stinks. The majority of toilets discharge into septic tanks or local sewers.

Even though some newer models are built to save water, flush toilets can consume much of the daily water in most homes. For instance, toilets with fewer flushes use less water during a typical day.

Here are the best flushing toilets for safe and hygienic sewage disposal. 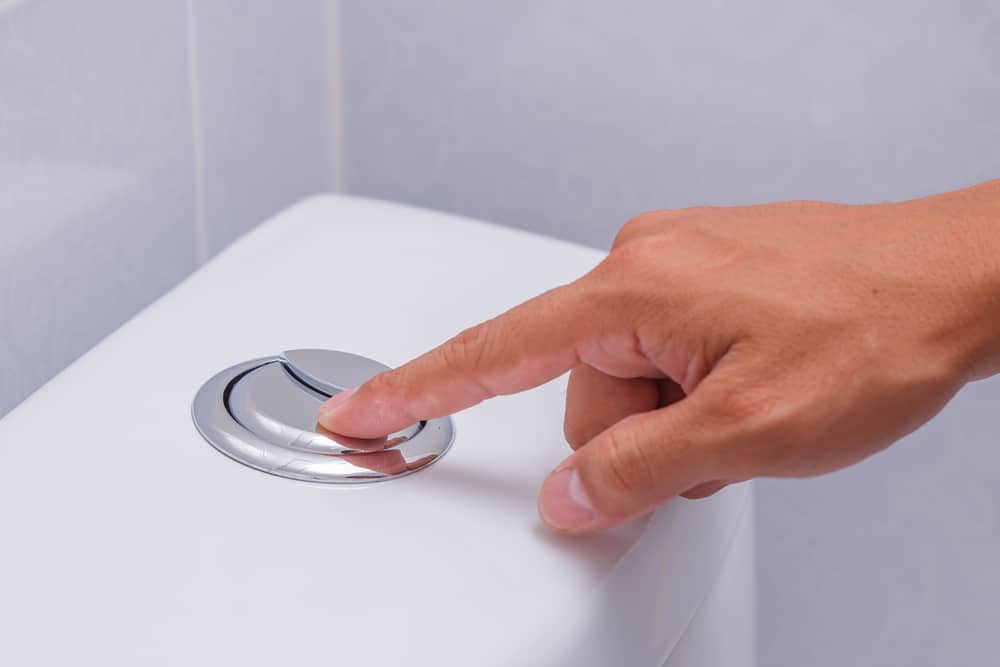 The dual-flush toilet is another design that reduces water consumption because it allows users to choose between liquid and hard-waste flushing. In addition, in certain facilities, gray water from washers and dishwashers is reused in all on-site toilets to save water.

Most flush toilets are porcelain, created by blazing a clay and water mixture at high temperatures. Most of the clay is made from kaolinite, although it can also contain minerals including alabaster, feldspar, petuntse, quartz, and steatite. Portable toilets or porta potties are single-unit, unisex restrooms frequently seen at outdoor gatherings in isolated areas like county fairs. They are simple to carry by truck and to set up temporarily at many sites as needed.

The portable enclosure comprises a lockable door, a trash container, and a plastic toilet where chemical disinfectants are flushed. In addition, daily and routine cleanings are performed on the containers. 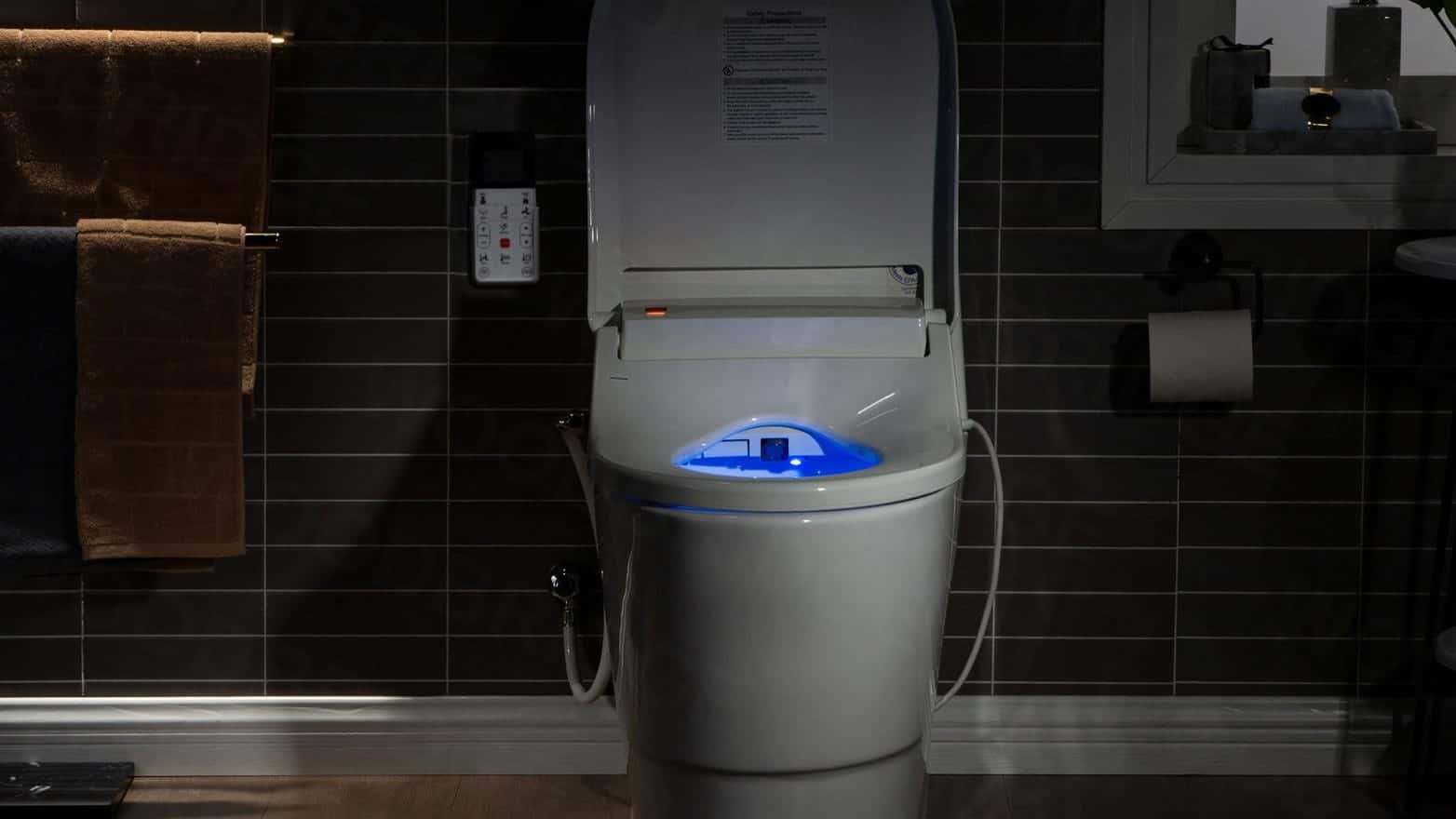 Here is the best bidet toilet combo for feminine and posterior wash. 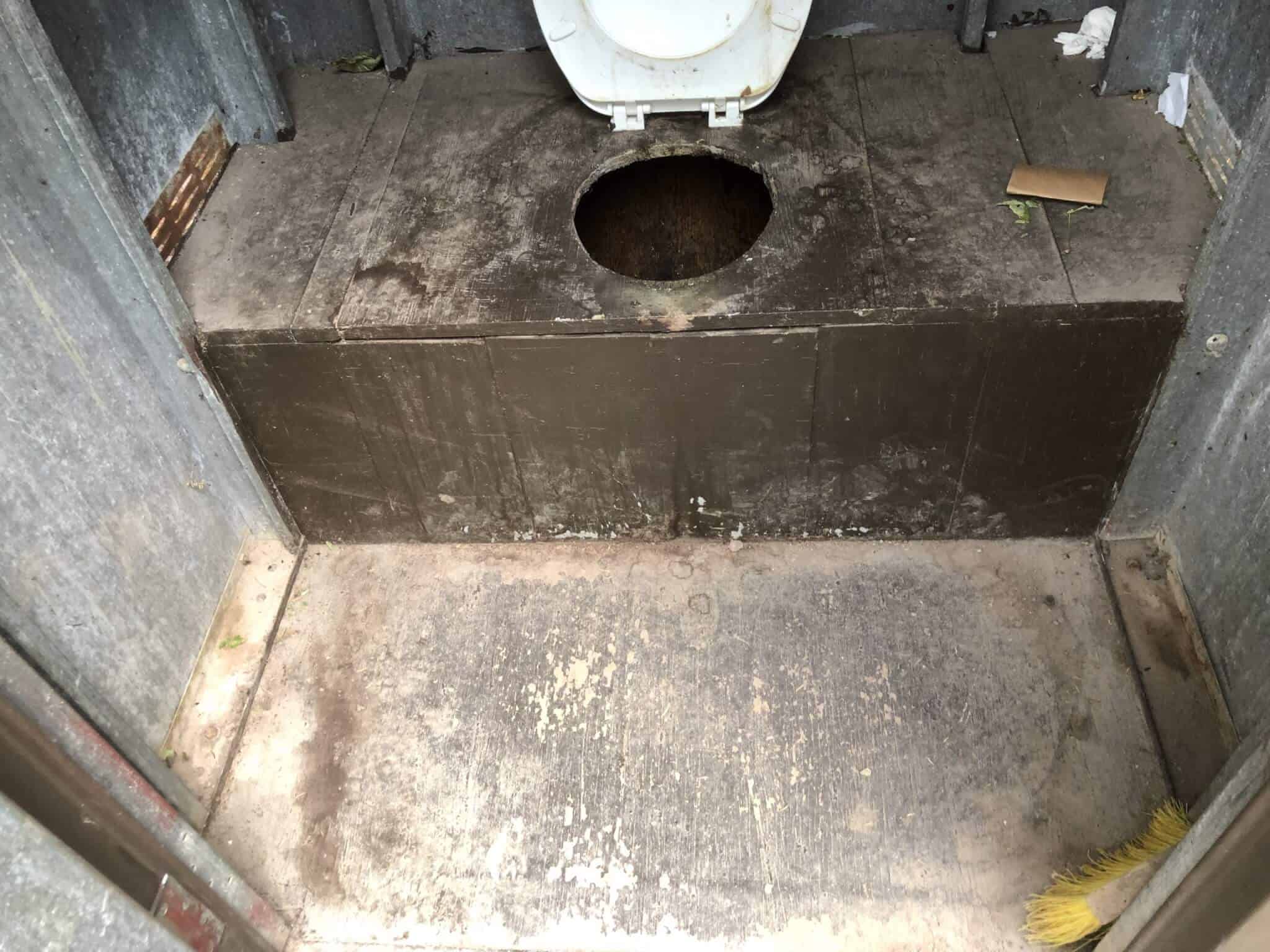 Pit toilets or pit latrines are improvised outdoor facilities that can be anything from a squatting pan to a trench dug in the ground. Pit toilets are most prevalent in rural areas and poor, developing nations.

Before World War II, pits were frequently located in inappropriate locations in conflict areas, leading to diseases that killed more men than bombs, guns, or tanks. 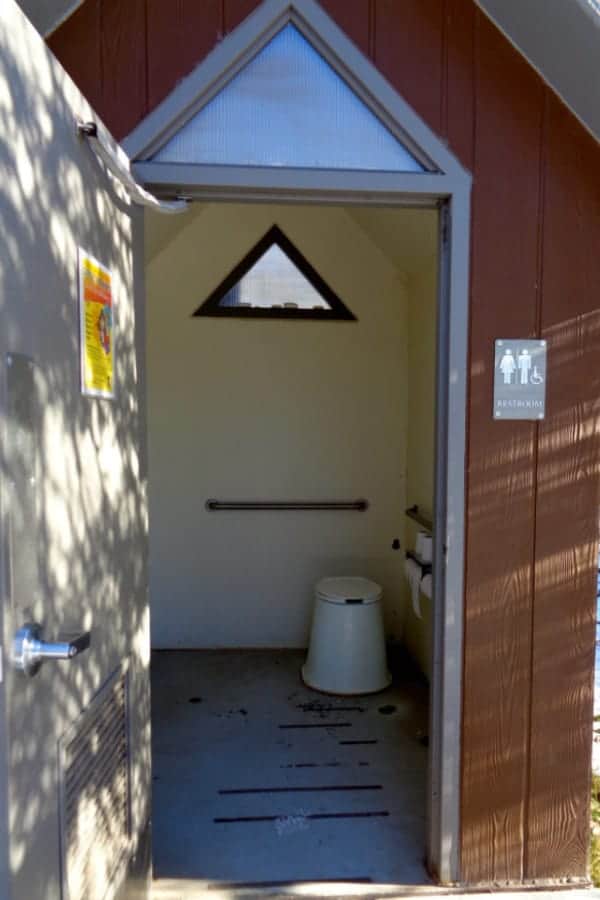 A flush-free, subterranean compartment known as a "vault toilet" is where solid waste is kept and eventually piped, but liquid waste is emptied into the ground. Typically, a modest outhouse will contain a vault toilet.

How to Address Toilet Issues

Homeowners can easily resolve most toilet issues. The only difficult problems to solve are significant clogs in the toilet drain and cracks in the toilet's porcelain. 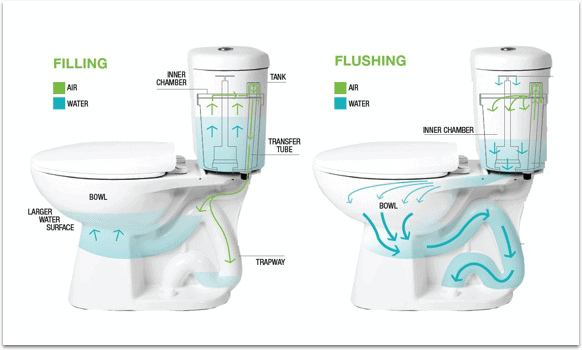 A broken flapper or float is frequently the cause of toilet issues such as the backflow of waste into the toilet tank and ineffective flushing.

There may not be enough water in the toilet bowl if your toilet is not flushing entirely. This problem is resolved by altering the float level.

The rod connecting the toilet fill valve and the cup float needs to be shortened in cup float mechanisms. Rotate the float ball in a clockwise direction to reduce the length of the armature supporting the ball in ball float devices. 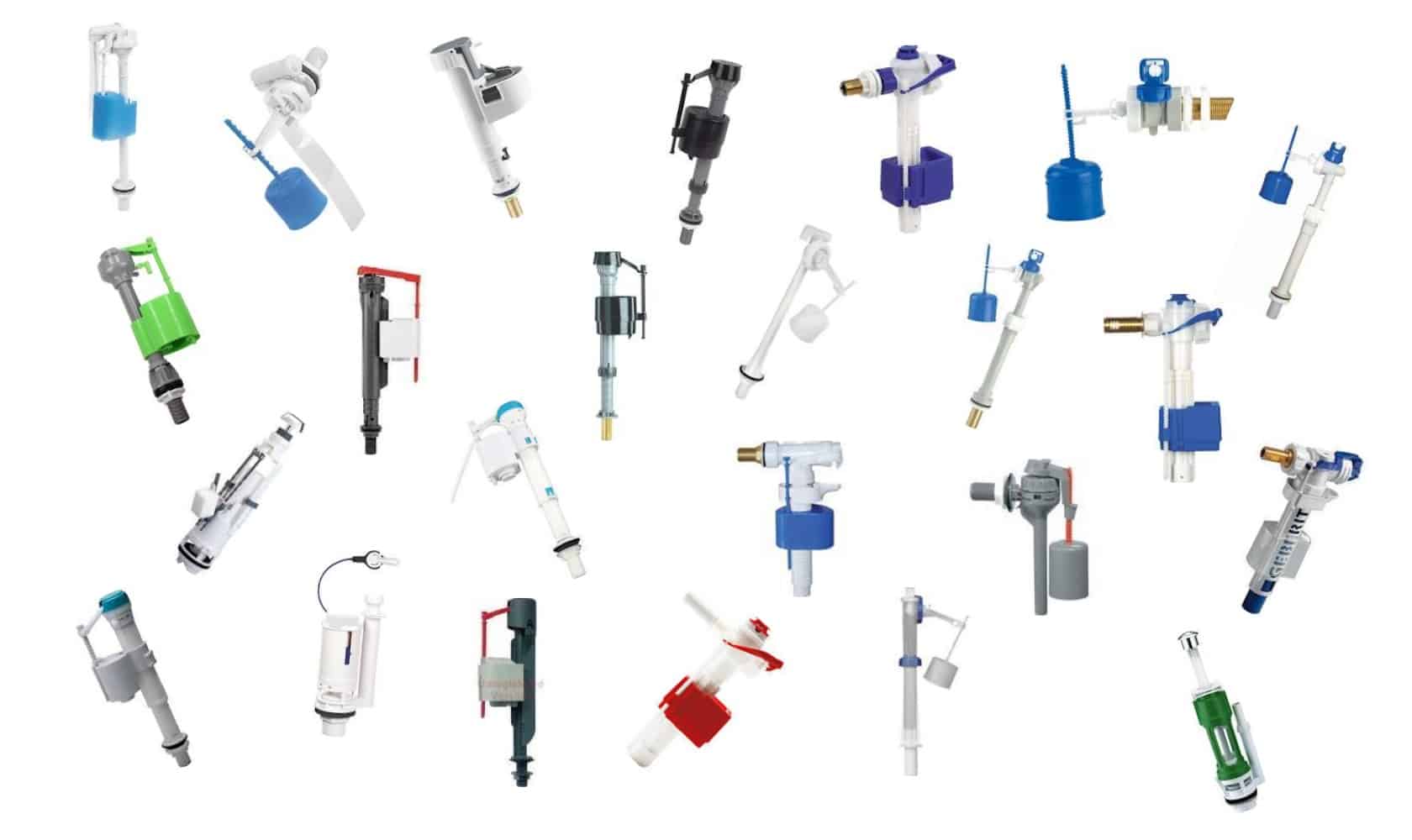 Various fill valve types are adjusted using screws. The float is changed by rotating the screw. You can turn the screw counterclockwise to decrease the sensitivity of the valve to raise the volume of water in the tank.

Lower the float by carrying out the opposite of the steps above if the water level in the tank is excessive and overflowing. 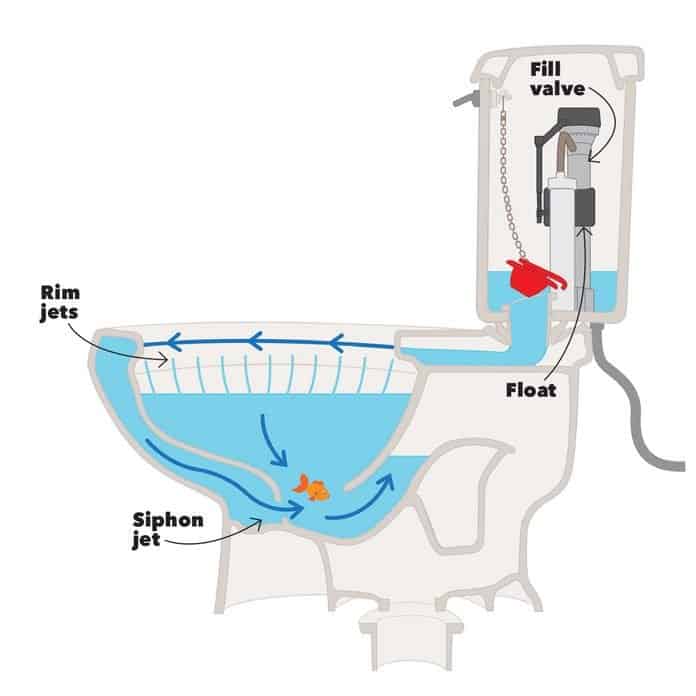 The toilet flapper may also cause poor flushing. The flapper won't be fully open if the chain connecting the handle to the flapper is longer than necessary.

Water will flow slowly, lacking the necessary pressure to provide sufficient suction for a full flush. If necessary, this problem is resolved by shortening the chain by one or two links.

Please don't cut it too much, though. The flapper won't securely rest on the tank opening if the chain is too short, and it will leak. Also, the toilet fill valve will run continuously, resulting in water waste if the tank leaks water into the bowl.

1. What Is A Flapper Valve? 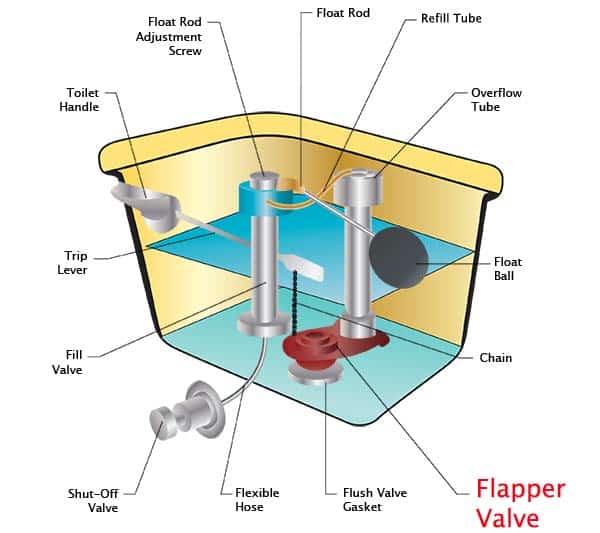 A flush valve hatch allows water from the tank to enter the bowl when you flush a toilet. This valve is connected to a rubber stopper known as a flush valve set ball, tank ball, flapper valve, or flapper ball before tripping the lever.

It is not surprising that the flapper valve is named after the union of the flapper with the valve. When the lever is tripped, the rubber flapper on the valve is lifted, allowing the water to flush into the toilet bowl.

A flush valve has the same dimensions as the flapper's ball-shaped component. A little chain connects the flapper to the trip lever, and the flapper is hinged on the perpendicular suffusion pipe by the valve.

A flapper has an advantage over the older stoppers in that there are fewer chances for it to foul or become hooked up. As a result, there is less possibility for the tank to leak or "run" in the bowl. 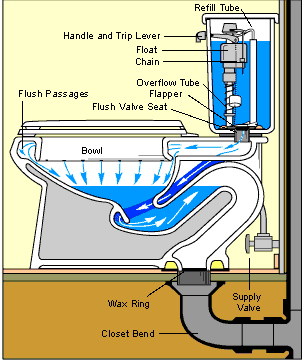 2. How Is a Toilet connected to a Drain?

All toilets must be connected to a sewage line to dispose of waste. The toilet is typically seen resting directly on the drain pipe, which is connected to plumbing that leads to either your septic system or the city sewer system.

The trap that enables waste to be flushed away is built into newer models of toilets. After that, fresh water collects in the bowl and prevents odors from entering the space. So, in contrast to shower, sink, or bath wastes, toilets already have a P-trap built-in and don't need to be equipped with one.

4. Does the Shower and the Toilet Share the Same Drain?

Yes, a toilet and a shower can share a drain, but for sanitary and health reasons, they cannot share a waste trap arm. While the water from the shower is drained outside, the toilet and shower waste is routed to water treatment facilities.