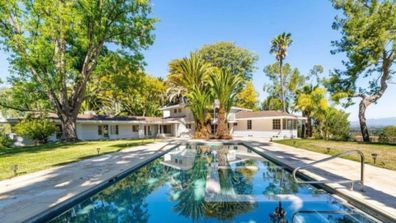 Where Does Tom Holland Live? Inside His $4 Million Home

Tom Holland has established himself as a well-known figure because of his superb performance as the neighborhood Spiderman in the most recent Marvel movie. However, Tom hasn't built an empire of glamorous houses, unlike some celebrities. But still, he has increased his portfolio with a few valuable things. So, where does Tom Holland live?

Tom Holland currently lives in the most amazing apartment in London, which is only five minutes away from his childhood home. Tom's parents, especially his mother, helped him find the beautiful apartment after spending about two years looking for a place to call home.

The British actor, who earned millions by portraying a mysterious superhero in the Marvel universe, has tried investing in vehicles and other properties as well. Keep reading to learn more about Tom Holland's current home and the property portfolio that he has accumulated over the years.

Who is Tom Holland?

Tom Holland was born in a town called Kingston upon Thames, London, on June 1, 1996. He went to Wimbledon College in Edge Hill, Wimbledon, after attending Donhead Preparatory School in South West London. 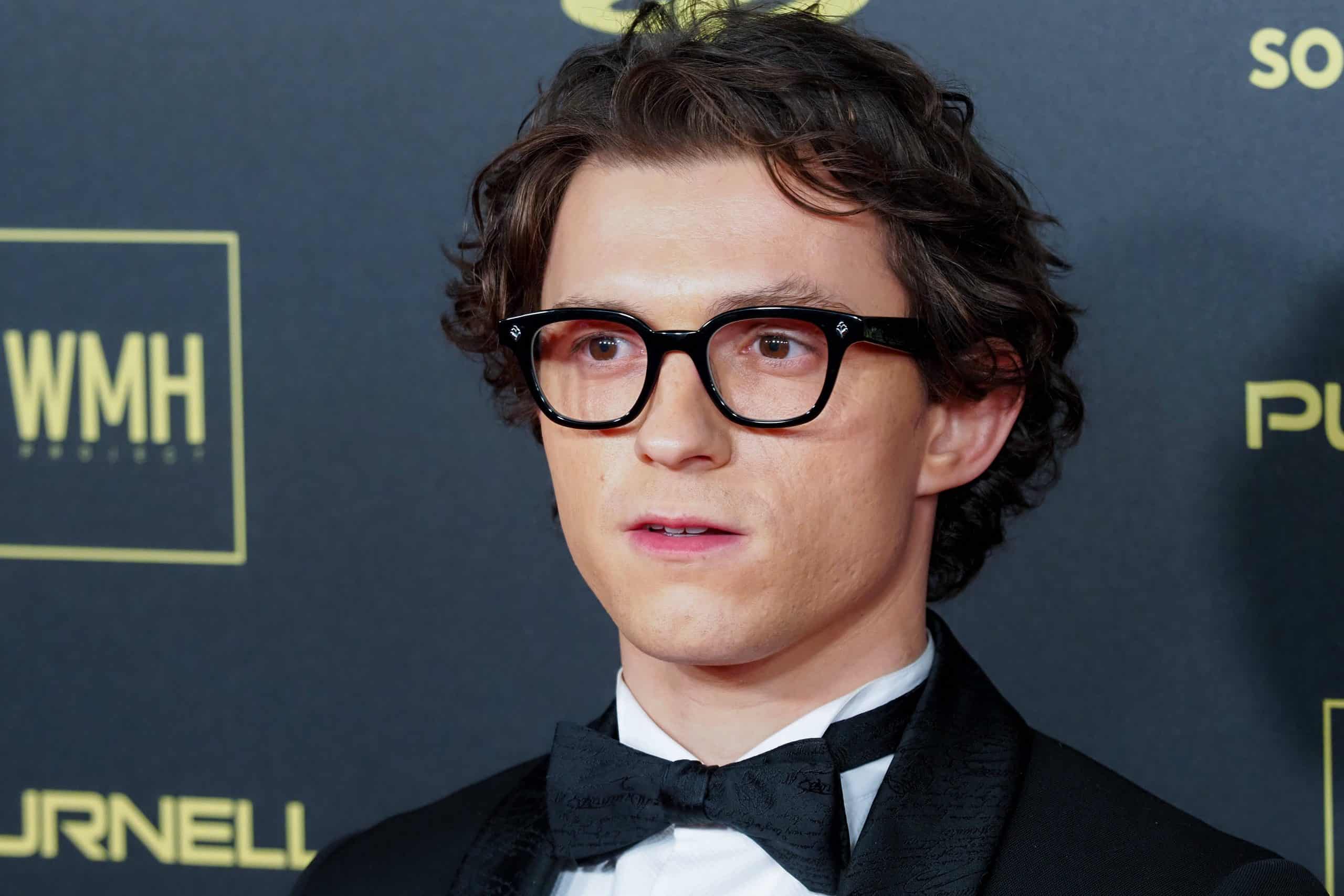 Holland received considerable recognition for his role of Spider-Man/Peter Parker in six superhero movies of the Marvel Cinematic Universe (MCU), starting with Captain America: Civil War (2016). Among his honors are a British Academy Film Award, three Saturn Awards, a Guinness World Record, and a spot on Forbes' list of "30 Under 30" in Europe. Tom Holland and Zendaya (his co-star in the movie Spider-Man) started dating in 2017. The two wouldn't have had much financial hardship when looking for a home. According to Celebrity Net Worth, Holland has a net worth of close to $18 million. 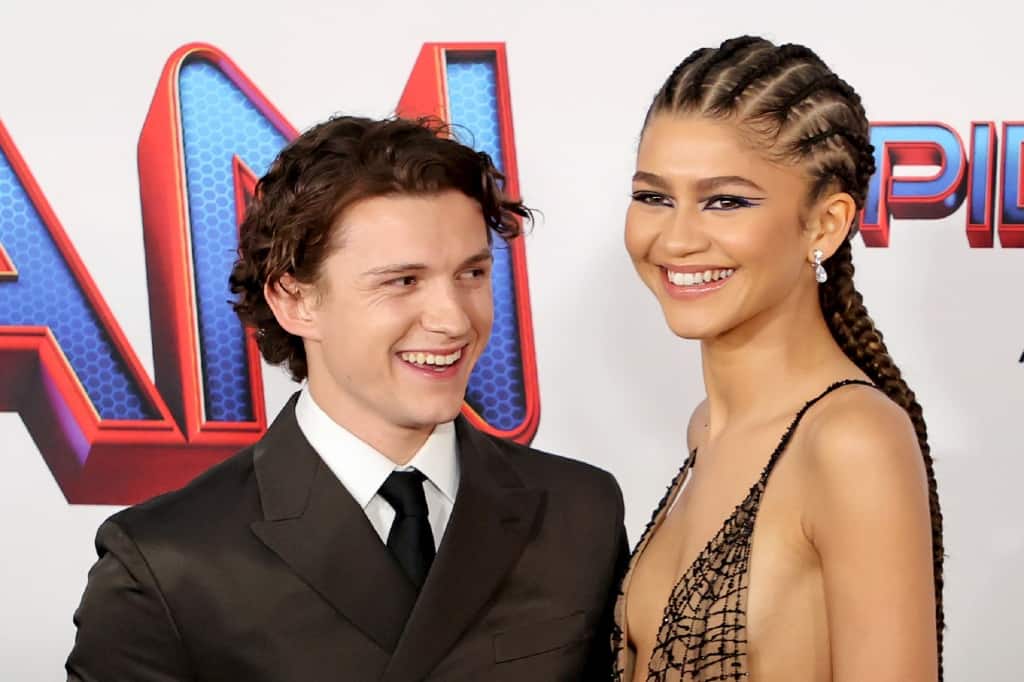 The London boy reportedly made a staggering $500,000 during his two-year employment with Billy Elliot the Musical. For his 30-minute premiere in Captain America Civil War, he reportedly earned $250,000.

Where Does Tom Holland Live?

Holland still resides in London, where he was born and raised. Tom recently moved out of his parent's house and into his own apartment, although he ultimately relocated only down the street and is now only five minutes away from his parents.

However, Tom had a specific location set aside for his numerous Spiderman POP figurines in his interior décor scheme. During a Facebook interview with People Magazine, Tom revealed that he had at least three sculptures of the Marvel character in his bathroom and that his home has evolved into a shrine.

From when they first met while working on Spider-Man: Homecoming, Tom Holland and Zendaya have come a long way. The actors recently reportedly spent more than $4 million on a home in the UK. 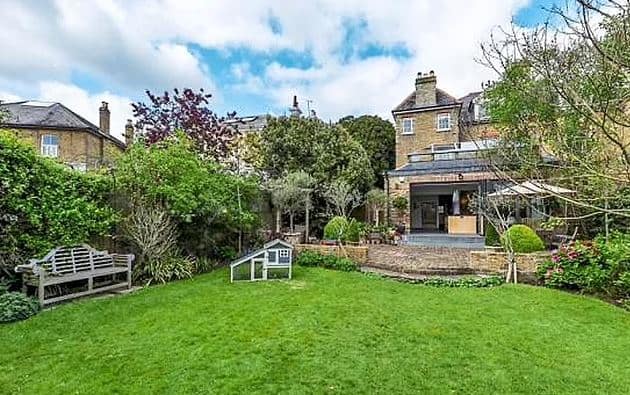 With more than 20 miles of riverfront frontage, Richmond—often referred to as London's response to English country living—is the only borough to bridge the Thames. The 25-year-old couple's home may or may not feature breathtaking river views, but we do know that they have "huge renovation ambitions."

According to the reports, Tom Holland and Zendaya will spend an additional £250,000 upgrading the home, adding features like high-tech security, a gym, a movie theater, and a man cave for Tom.

Tom also clarified that he wants high-tech security all around the property, starting with an 8-foot steel security gate on the driveway. Additionally, he was very specific about the movie room and his man cave design. 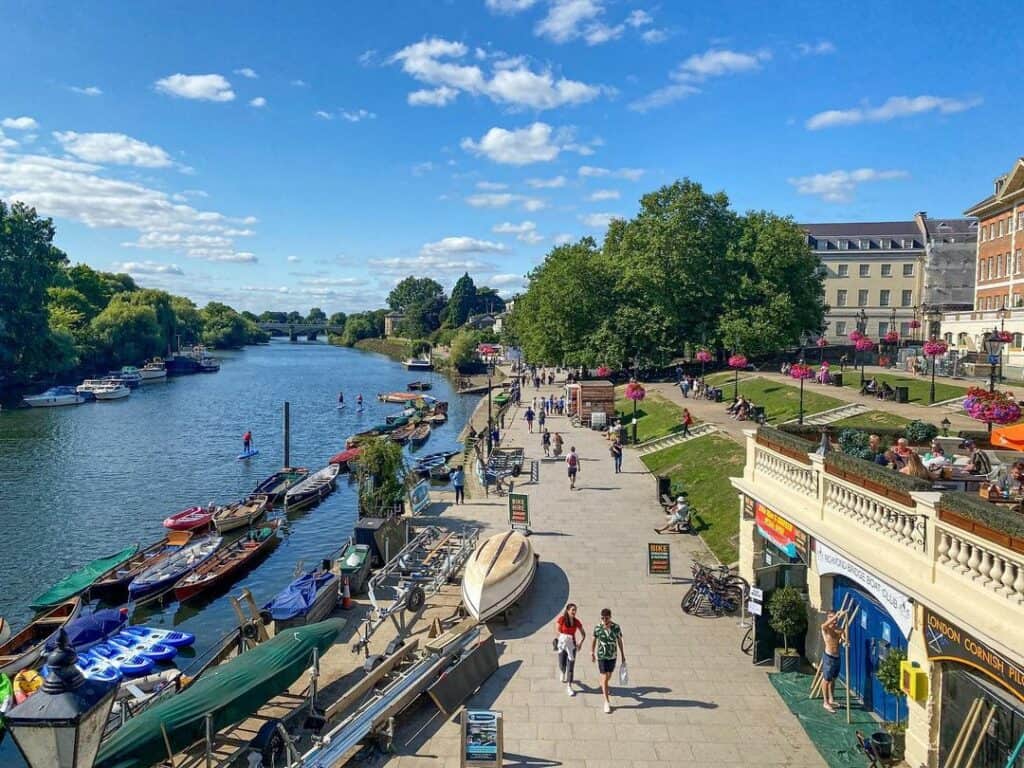 A number of famous people reside in Richmond, one of London's wealthiest neighborhoods. Angelina Jolie, Sir David Attenborough, Sir Mick Jagger, and Tom Hardy are just a few of the celebrities Tom and Zendaya call their neighbors.

The 2,395-square-foot home in Berkeley Hills, California, was constructed in 1964 by Berkeley-based architect Jorgen Elmer as a studio and home for renowned artist Tom Holland and his family. 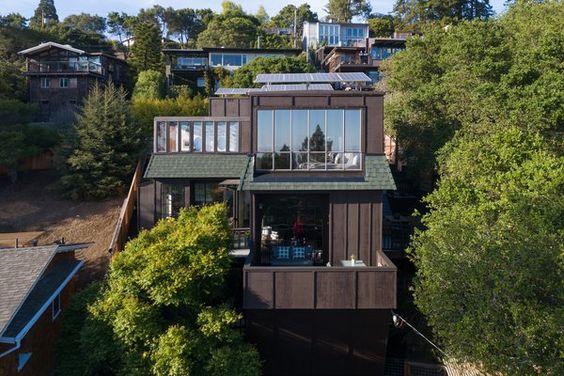 This $1,250,000 house is named Third Bay Tradition, a mid-century modern design of the Bay Area found in some of the wood-paneled homes in Sea Ranch, a prestigious Sonoma County seaside resort. 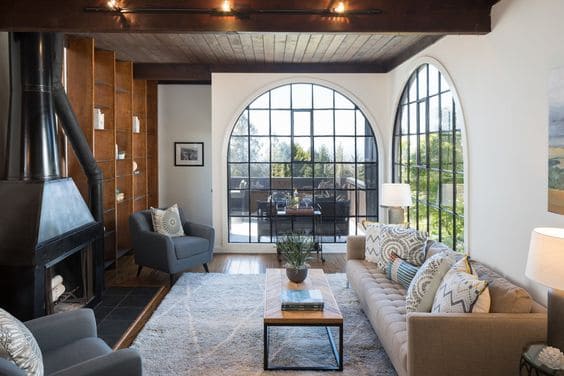 Award-winning architect Regan Bice gave the house a comprehensive remodeling in 1994, enclosing a portion of the top-level deck and converting it into a new master bedroom. As a result, the house now has four bedrooms, one of which is the large master suite with a fireplace and a dressing room. 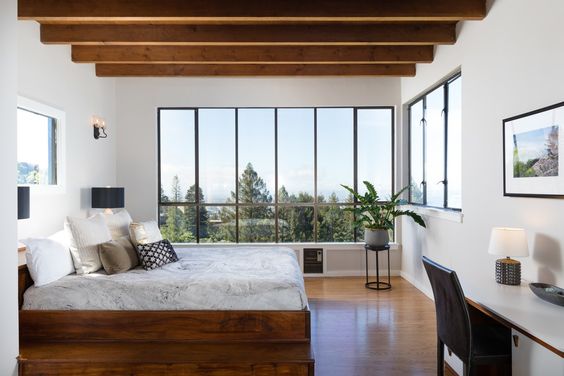 The entire house comes with a midcentury and modern charm. Its unique master bathroom stands out. The home's midcentury aesthetics were preserved while adding eco-friendly elements like solar panels and a car charging station as part of the most recent makeover. 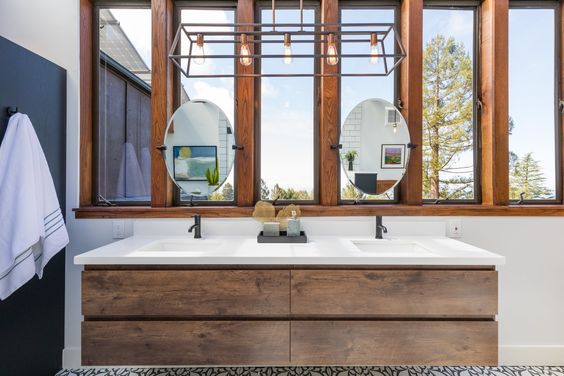 Additionally, the house has a lot of storage space and various decks that promote indoor-outdoor living. There is also a chicken coop and a lovely garden with fruit trees on the property. 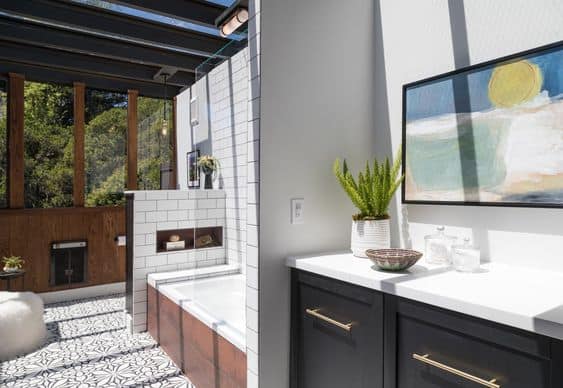 At the back of the home, Bice also created a second master suite, which is accessed by different stairs. In addition, the house's floor area was expanded while maintaining its original midcentury design. 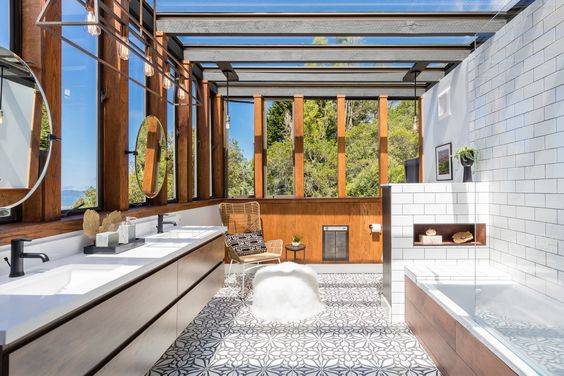 The master bedroom is positioned in the home's former studio, which Holland once owned. A lot of the rooms provide expansive views of the nearby bay. One of the current four bedrooms has a separate office and media area. 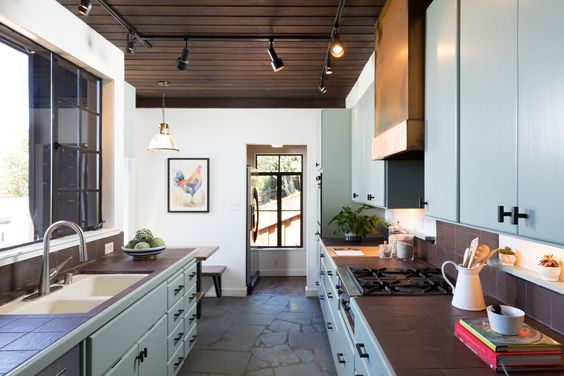 The home had a slight renovation in 2018 by adding a new "free-spirited" bathroom. The newly renovated master bathroom was created by Mary Cronin of The Design Shop and is light and roomy. The new bathroom is located in the space that was formerly an outside deck just off the master bedroom on the second level. 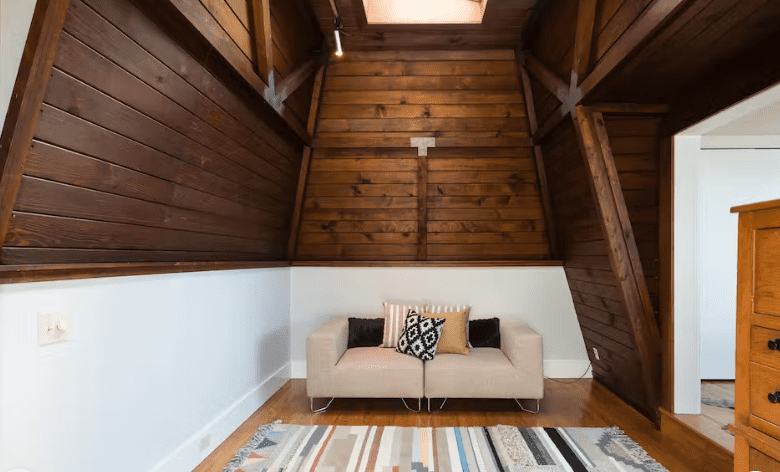 A tiled wall partition at the base of the tub conceals the toilet. The bathroom, now enclosed in boxed wood beams with glass walls and a glass roof, is a wonderful chamber with 180-degree views of the magnificent bay. A ceramic tile dado with wood planks above it is on the wall without any windows. A glance at the floor plan following Regan Bice's 1994 refurbishment.

The "Spider-Man" actors Zendaya and Tom Holland are improving their bond by looking for a home together. The young power couple recently saw a $5.35 million home in Brooklyn's Fort Greene/Clinton Hill neighborhood. 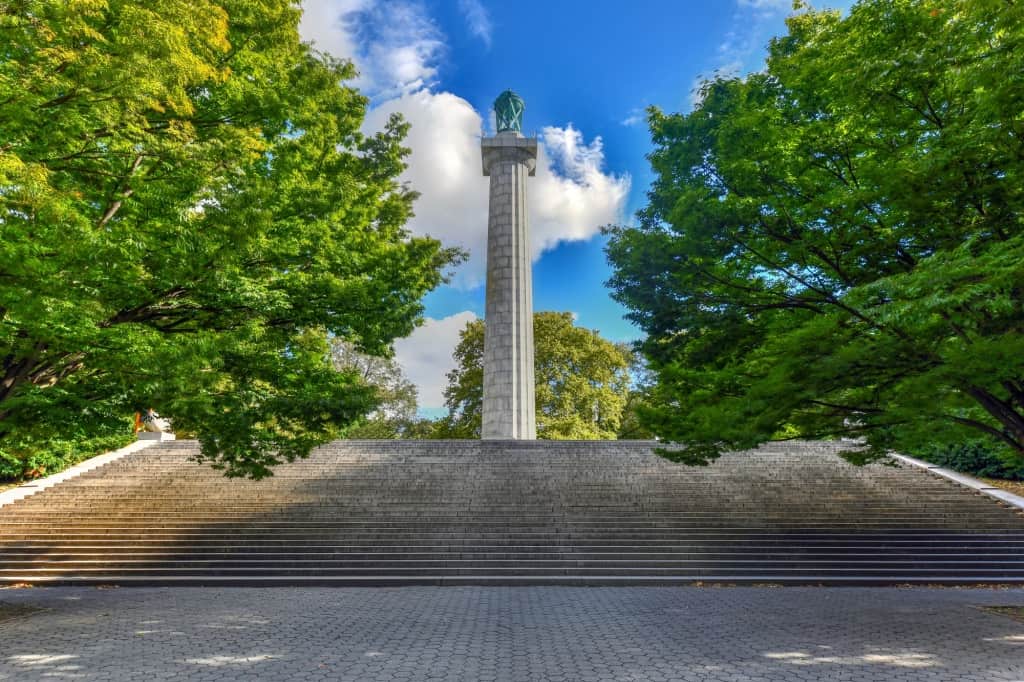 In December of last year, Zendaya purchased a $4.9 million house in Quay Tower. She has, however, also been seen on the Upper West Side, where Holland has been residing in a lavish apartment in Waterline Square. 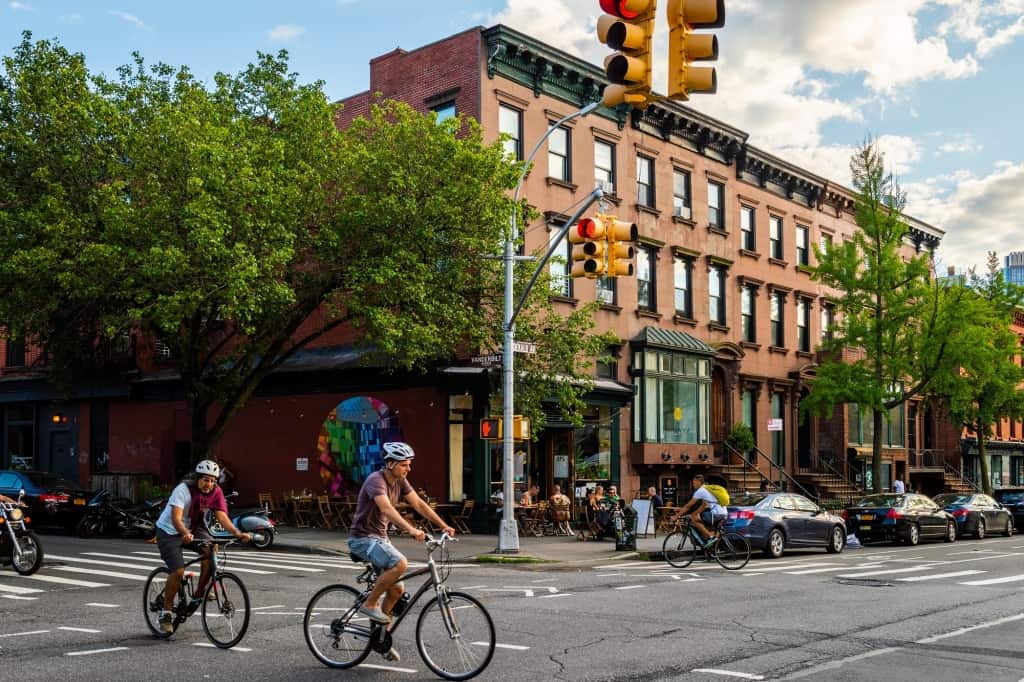 Brooklyn's five-bedroom, four-and-a-half-bathroom townhouse they saw was built in the 1860s. It also has a lot of indoor and outdoor space and neutral, light-filled interiors with an earthy stone tint.

1. Does Tom Holland have a house in England?

Tom Holland and Zendaya have advanced their romance by investing $3 million in a London home. The Spider-Man actors, both 25, are rumored to be establishing Britain as their primary residence after purchasing a six-bedroom property in Richmond, which is close to a number of other famous people.

2. Are Zendaya and Tom living together?

Tom has come clean to his friends and family about their relationship, and the fact that they are already living together has further strengthened their bond. They decided to spend some quality time together in seclusion, and things have been going pretty smoothly thus far.

3. What state or city does Tom Holland live in?

Tom Holland now resides in Kingston upon Thames, London, not far from the home he grew up in. He recently acquired his own apartment and left his parents' home. However, he ultimately chose to move only down the street.