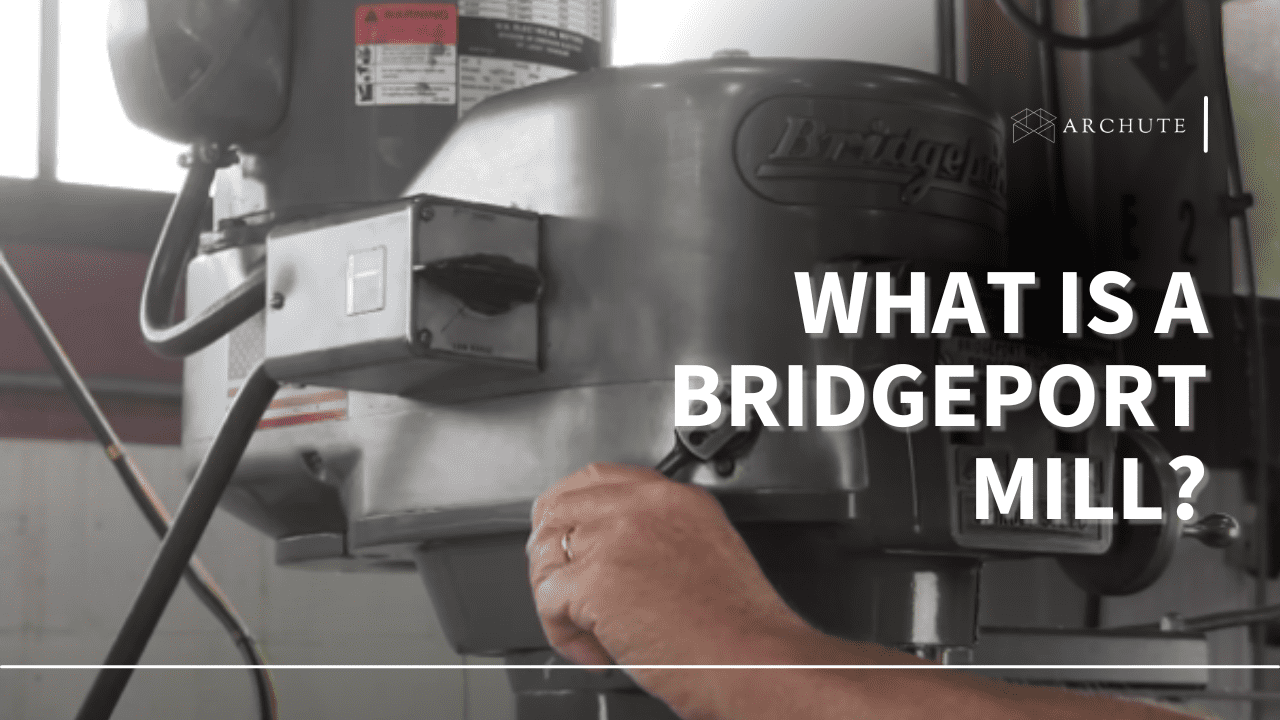 What Is a Bridgeport Mill? A Guide for Beginners

by Ian Mutuli
Updated on 1 November 2022

Are you a machinist? Then Bridgeport is a popular term you have come across in the milling industry. So, what is a Bridgeport mill?

A Bridgeport is a kind of knee milling machine that offers manual and vertical operation. It has the versatility of a drill press and allows you to perform more than one operation at a time. It also has a rotating turret and a sliding ram to increase its milling versatility.

The History of the Bridgeport Mill

In the past, the Bridgeport mill was one of the first kinds of machining tools. However, as time passed, other manual milling machines became popular, and the name stuck as a reference to all vertical milling machines, regardless of the brand.

Bridgeport and Connecticut was a corporation founded in Bridgeport in the late 1930s. It started manufacturing medium-sized vertical milling machines equipped with quill travel and different speeds of vertical milling heads. The Bridgeport knee mill gained popularity because of its ram-on-turret mounting over a knee and column base.

What Are the Features of a Bridgeport Mill?

The Bridgeport table has three axes, X, Y, and Z. The X-axis moves from right to leave while milling. One turn on the X-axis table gives you 200000 revolutions. The Y-axis table gives an in-and-out motion and has locking levers that position it. Finally, the Z-axis has a spindle and a bed that allows you to move the table up and down.

Bridgeport mills have a table that works on the X-axis ( longitudinal ), Y-axis(vertical), and Z-axes. They allow for auto feed and rapids that quickly bring the table back to its home position while milling.

The ram is like Bridgeport’s head as it supports the feed head. It is the bed for the length adjustment. It allows you to move the whole spindle out or retract it depending on your activity on the table.

A Bridgeport’s ram can be unclamped, extended, or withdrawn on its Y-axis. It gives you a possible working surface in the machining envelope. For example, you can bolt off the parts of the table’s edge and drill bolt circles and mill keysets to accommodate larger parts.

The turret’s head angle adjustment allows the mill to go from the right to the left. You have to loosen the adjustment lock bolts and crank them to the tip of the head to see how far you are moving. You can rotate the turret from right to left in a circular motion to fit a milling part that sticks out.

You can unclamp or reorient the ram and turret design to fit different angles. In addition, you can mill features at any angle with the part firmly clamped on the mill table. In the past, machinists took a lot of time to reposition specific parts before milling. Developing these historic machines makes these jobs easier as you can perform more than one operation at a time.

A readout gives you accuracy when dealing with Bridgeport. You have to mount scales on the X and Y axis, then wire them in the box to transmit accurate signals while using the milling machine.

The digital readout assists in seeing the X, Y, and Z-axis without looking at the handles. The DROs have built-in calculators that work out various aspects of the milling machine. If you want ultimate accuracy, you can also learn how to program a CNC machine.

Today, you will find most Bridgeport smiling machines being operated via CNC machining for higher productivity and to streamline manufacturing processes.

Here are some reasons why you may need a CNC machine to control your Bridgeport mill:

In 2002, Hardinge bought out the Bridgeport brand and continued producing its series 1. However, the last production line struggled to remain financially viable as the company had problems concerning its management and failure to improve production processes strategically.

After the takeover by Hardinge, they maintained the Bridgeport legacy by manufacturing up to 75% machinery with a facility that was only 10% of the size of the previous production line. Since then, the production times have reduced by an average of 50 to 80%.

This major victory for lean manufacturing proved that American production efficiency was top-notch. Its production capacity can compete with low-cost overseas facilities by strategically improving the production processes. Since then, the Bridgeport legacy has been re-established, and these logical machines seem here to stay.

In addition to the offering of Bridgeport mills, Hardinge has produced CNC machines that simplify manual milling.