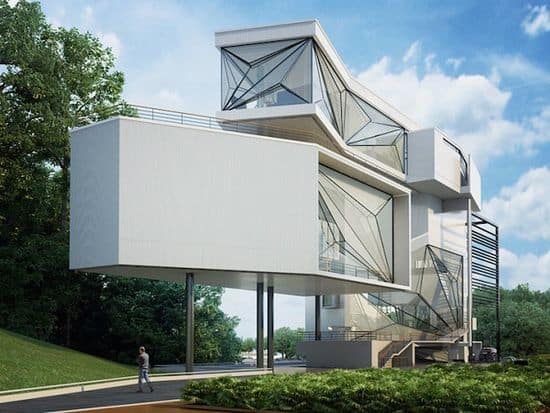 What is an Axis? Understanding the Design Principles

When organizing architectural concepts, the axis is by far the most common. Architects originally thought about their designs in terms of architectural principles. It is frequently represented as a dashed line in diagrams and drawings. So, what is an axis?

An axis is a line used to describe the location and orientation of a building or other object. While symmetrical objects have a central axis, objects in a two- or three-dimensional space may have several axes that define their positions. All the parts around it don’t have to be symmetrical around an axis, but it can serve as the pivot point if you like.

Looking at a building, floor plan, or map and noticing what draws your attention are the simplest ways to discover architectural principles. Next, ask yourself, what feature of the building is most noticeable? What unique features did the architect add to it?

What is an Axis?

An axis is a line that connects two points in space and allows for the balanced, symmetrical, or asymmetrical arrangement of shapes around it. It is an imaginary straight line that specifies the point at which constructions or objects rotate.

This real or imaginary line can signify things like structure, procession, direction, viewpoints, lines of rotation, and more. An axis is used to organize and plan spaces as well as align design elements.

The usage of an axis or focal point in architecture is similar to a straight arrow on a sign, leading the observer in the desired direction.

For instance, the Taj Mahal in Agra was designed with its central tomb chamber as the point of focus by orienting the building’s main entrance along the axis.

The design pieces are aligned with the help of the axis. When laid out along a particular axis, the pattern emerges as expected. We prefer orderly settings in axis alignment because they give off an impression of steadiness, comfort, and friendliness.

The axis becomes more noticeable when the boundary between the axis and the surrounding elements is clear. The best illustration of this idea in architecture is a busy street.

The buildings on either side of the streets in a city create an axis that strengthens the street’s central position. The street’s axis will not feel strong if a section is missing on one or both sides.

Humans tend to gravitate toward the center of attention when presented with a linear object. The pathway will signal the start of our stroll when we reach the road and meet the footpath next to it.

The movement’s direction is determined by where it will end up. Having a clear destination can help you decide when to quit or begin something new.

When there is no clear objective in mind, the traveler will continue along the continuous axis until they arrive there.

Architectural designs rarely have an ambiguous ending due to the inherent difficulty of making something endlessly go on forever. As a result, its use in the manufacturing industry is on the rise.

Examples of Architectural Elements Which Follow the Axis Principle

The architectural features at either end of an axis act as receivers and transmitters of the directional energy that the axis generates. Some examples of these culminating features are:

These are the key axis points that any architect or designer should consider while determining the shapes and forms of a building or structure.

The location of this fountain concentrates it exactly through the arch and continues it onto the grass on an invisible axis.

This pivoting entry door has an off-center axis pole. The extreme edge where the door is designed to meet the jamb is the axis of a typical hinged door.

This home’s three stories appear to spin around a central axis.

1. How symmetry and axis are used in architectural composition?

Symmetry in architecture reflects similar forms, shapes, or angles along a central axis or point. In general, symmetrical elements are those that mirror one another across an axis.

2. What are the 6 ordering principles of architecture?

The six ordering principles are axes, symmetry, hierarchy, datum, rhythm, repetition, and transformation. You can be sure that the building designer used at least one, if not all, of these ordering principles when you experience the forms and spaces of a structure.