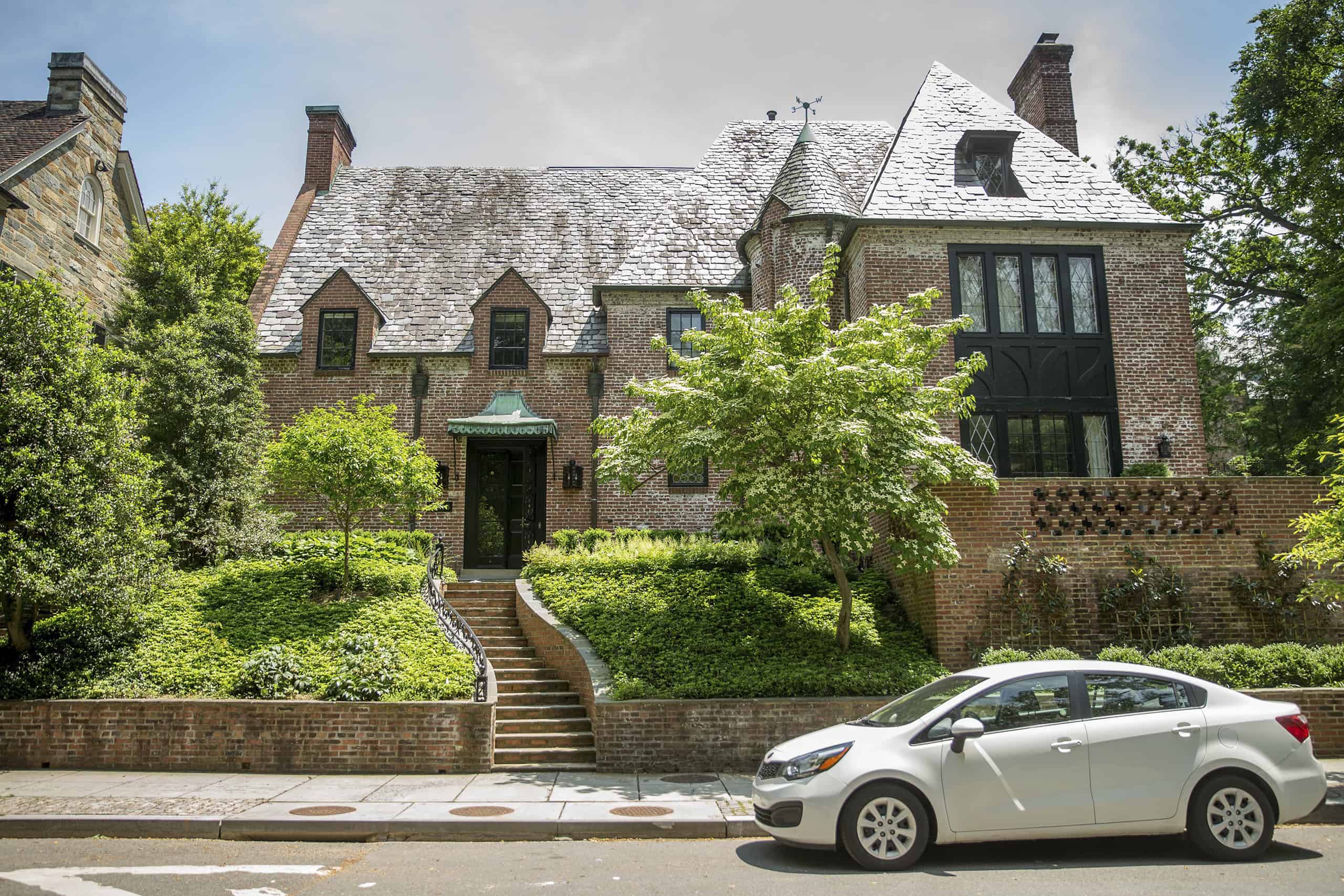 Where Does Obama Live? A Look at Barack’s Real Estate

Most families are happy to retreat to a private life far from Washington, DC, when their term as president ends, but the Obamas aren't one of those families. Being a former president of America and a family man, it makes sense to wonder where Obama and his family currently live. So, where does Obama live?

Although Barack and Michelle Obama no longer reside in the White House, they still have a substantial collection of real estate. The former U.S. President and First Lady own residences in Chicago, Massachusetts, and Washington, each worth $20 million and featuring luxurious amenities that the couple and their kids, Malia and Sasha, enjoy.

Read on to learn more about Michelle and Obama's real estate portfolios.

Barack Hussein Obama II, an American politician, born on August 4, 1961, led the country as its 44th president from 2009 to 2017. Obama served as the Illinois senator prior to being elected president. Due to his outstanding efforts to advance international diplomacy and inter-people cooperation, he received the Nobel Peace Prize in 2009. 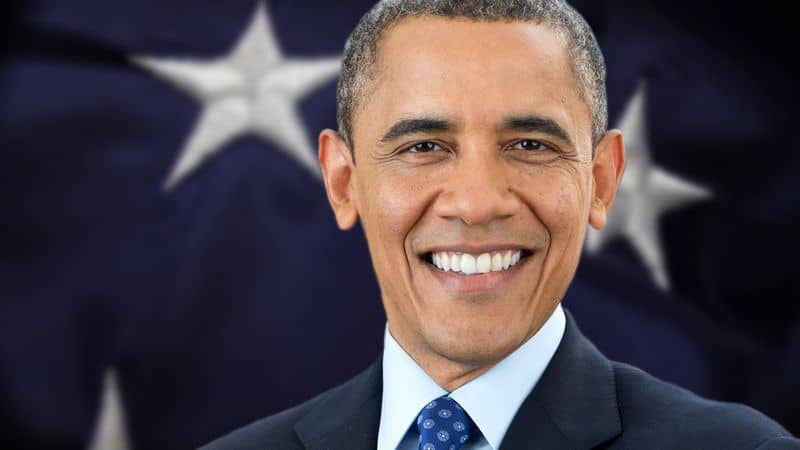 On October 3, 1992, Barack Obama married Michelle LaVaughn Robinson. Their first daughter, Malia Ann, was born on July 4, 1998, and their second daughter, Natasha, also known as Sasha, was born on June 10, 2001. 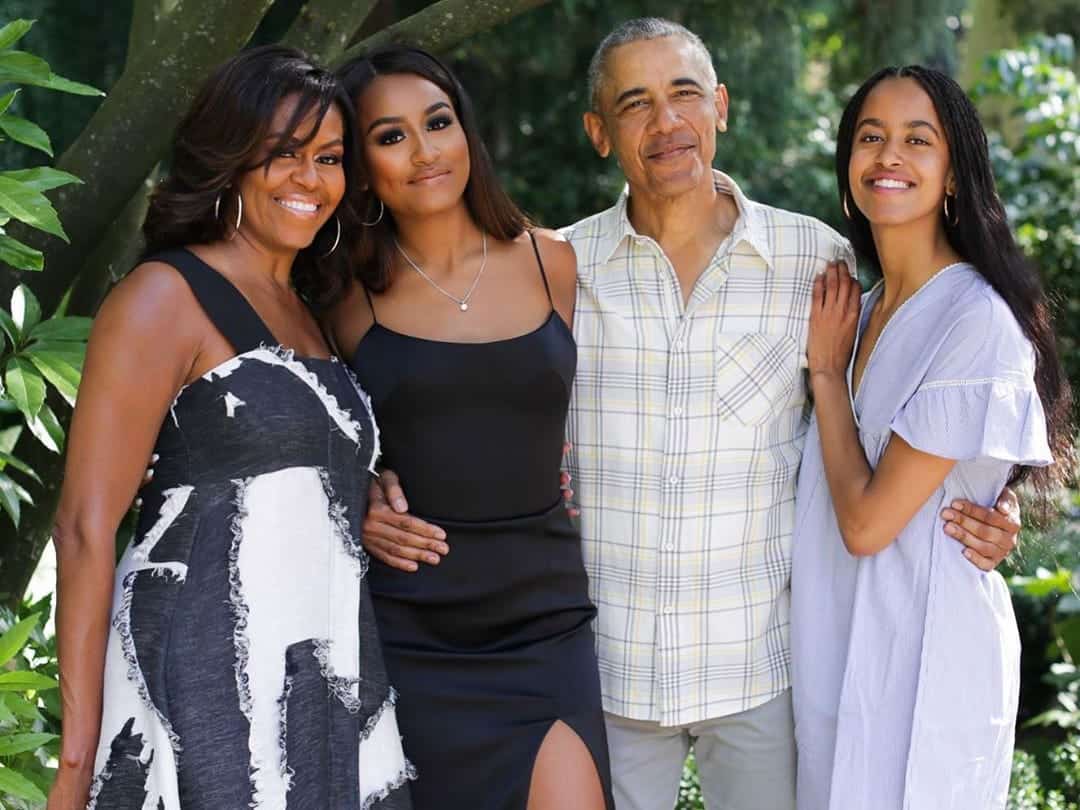 Michelle and the two kids were born in Chicago, where they lived for virtually their entire lives before relocating to Washington, DC, on January 5, 2009, two months after Barack Obama was elected president. With a combined net worth of $70 million, Barack and Michelle Obama have been able to build an impressive property portfolio.

Where Does Obama Live? 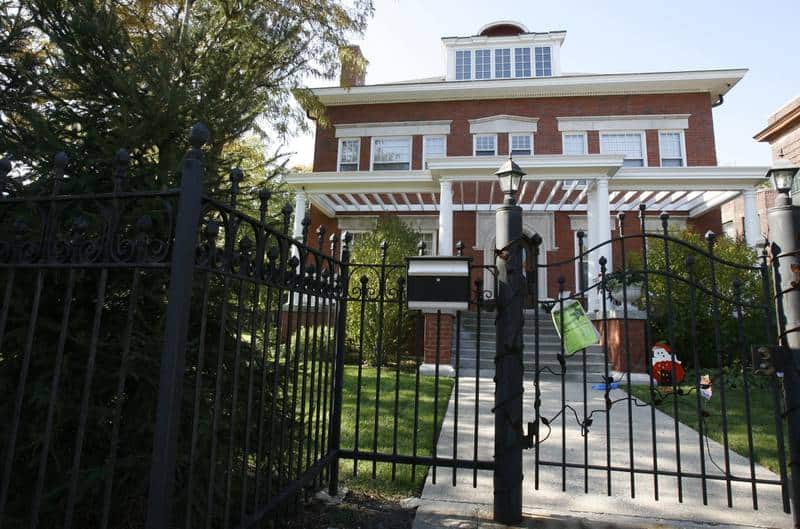 Barack and Michelle Obama bought a house in the Chicago suburb of Kenwood, Illinois, in August 2000. The Obama residence is 6,400 square feet, with a granite kitchen floor, a wine cellar, mahogany bookcases, and six bathrooms. 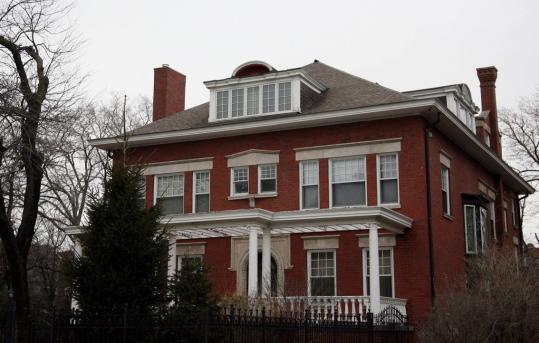 It had undergone a high-end renovation five years prior with antique Chinese washbasins, mahogany bookcases, and a granite kitchen floor. It was the ideal residence for a new senator, and the price of the house was fair.

Instead of the list price of $1.95 million, the Obamas paid $1.65 million, which was the same amount the sellers had paid five years earlier. After the Obamas moved out of the statehouse, they settled in their new home, which they are renting, in Washington, D.C.'s Kalorama district since leaving the White House. The 1920s-era home features nine bedrooms, gardens around the exterior, flagstone patios, eight and a half baths, and a suite for an au pair in the basement. Joe Lockhart, who worked as Bill Clinton's press secretary at the White House, was the property owner. It is a 1928 brick Tudor house that is 8,200 square feet in size and has been remodeled with some of the best interior designers to give contemporary accents and marble trim. The house exudes luxury from the minute you enter, thanks to its marble design. The house contains two kitchens, one of which is an eat-in space with marble countertops and stainless steel appliances. There is a microwave in the second kitchen. 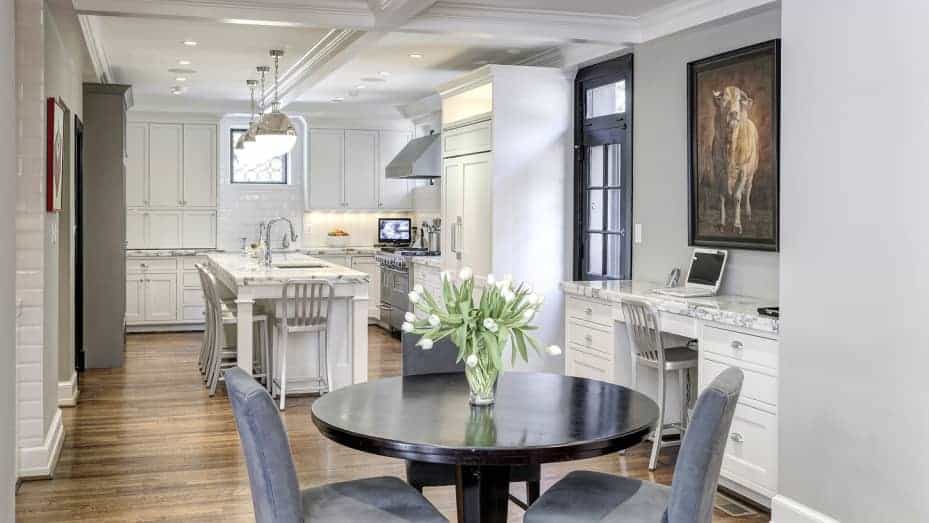 Several areas, including a formal living room, are available for the family to unwind. 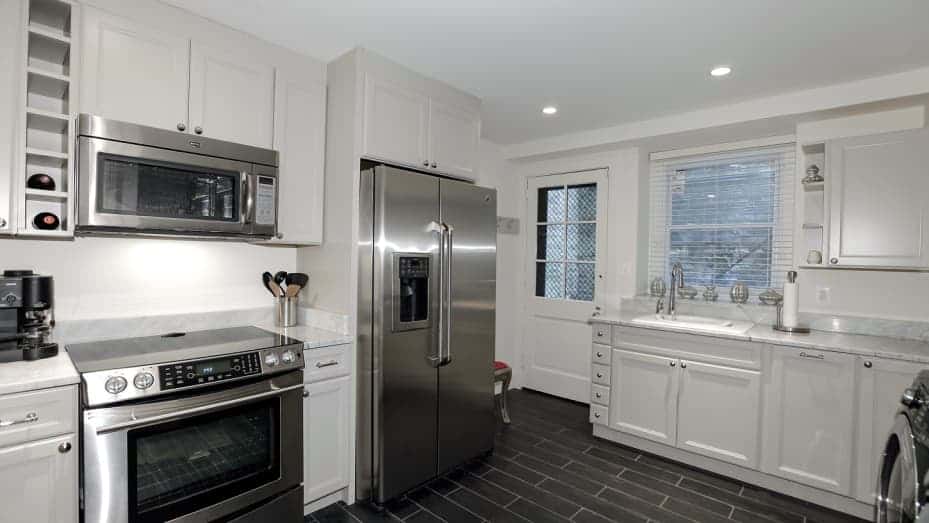 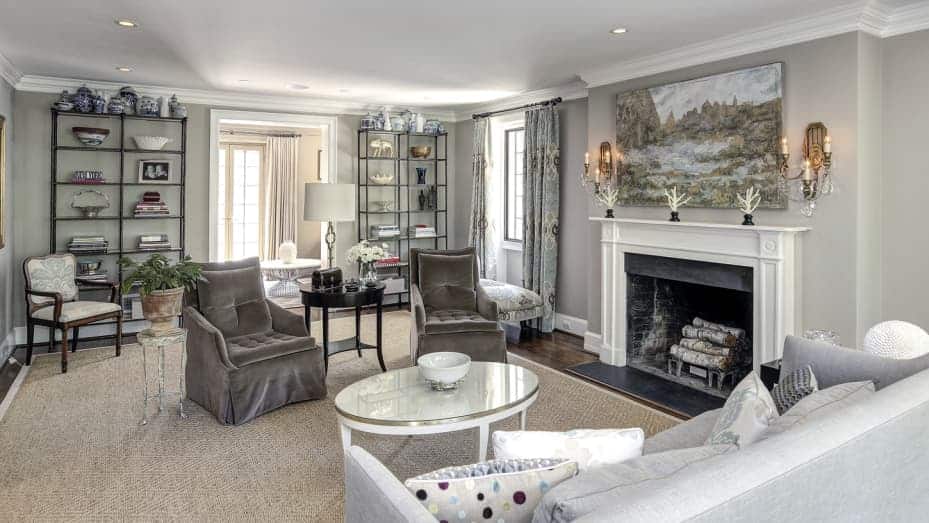 The master bedroom may accommodate a king-size bed. The Obamas' daughters Sasha and Malia occupy two of the eight bedrooms in the house. 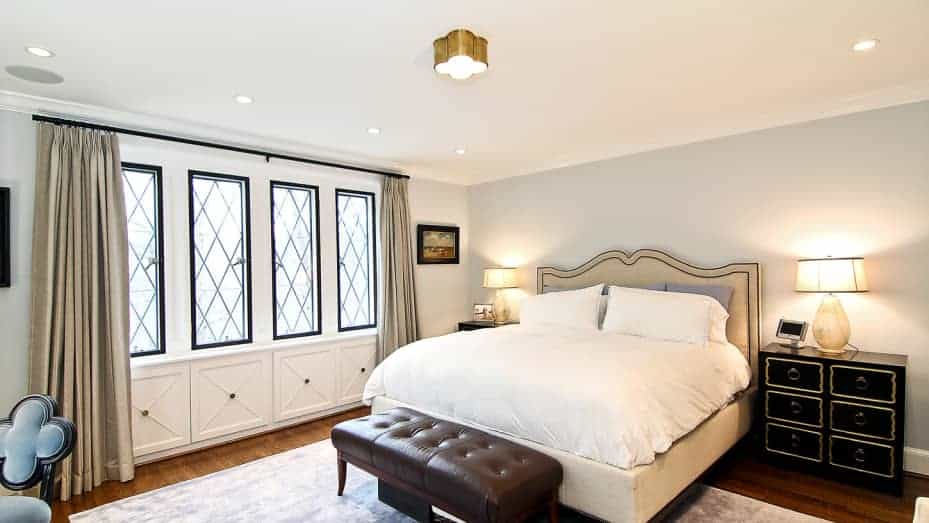 You might create a home office or gym out of extra space. There's also a finished basement. Their dogs, Sunny and Bo, have lots of space to run about on the lush green lawn in the backyard. 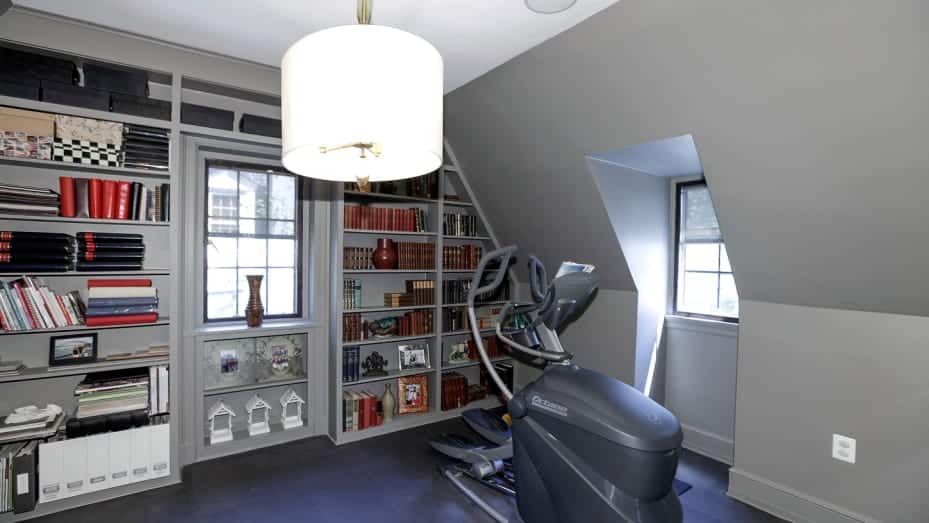 According to the D.C. Preservation League, poet and diplomat Joel Barlow moved there in 1807 and gave his property the name "Kalorama," which is derived from the Greek for "beautiful outlook." Today, the area is home to several embassies and historical attractions, including the Woodrow Wilson House. 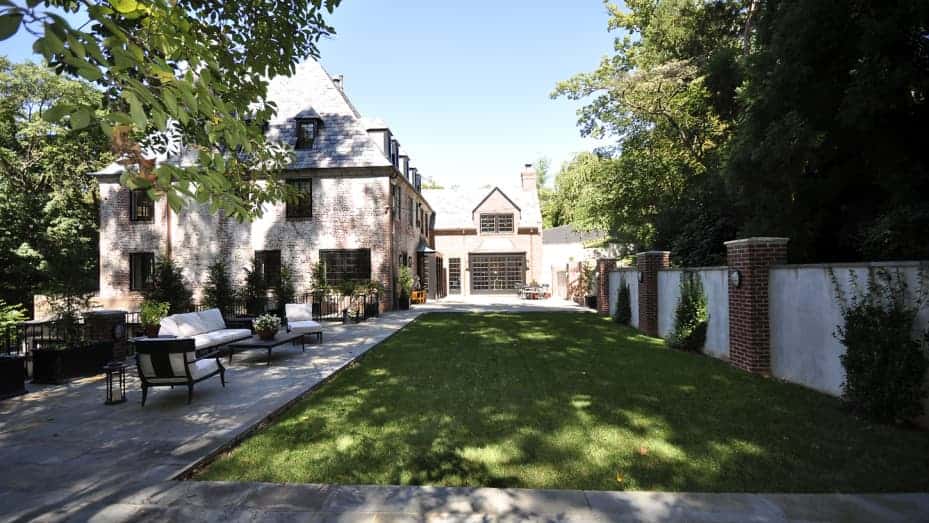 There are various chanceries, churches, and private schools for the locals along the tree-lined streets, which are interspersed with beaux-arts buildings. Politico claims that the Obamas rented the $5 million residence for their daughter Sasha to finish high school. After eight years of residing in Washington, D.C., former President Barack Obama and his wife, Michelle Obama, have established long-term ties to the area after purchasing the mansion they had been renting for $8.1 million, according to The New York Times. 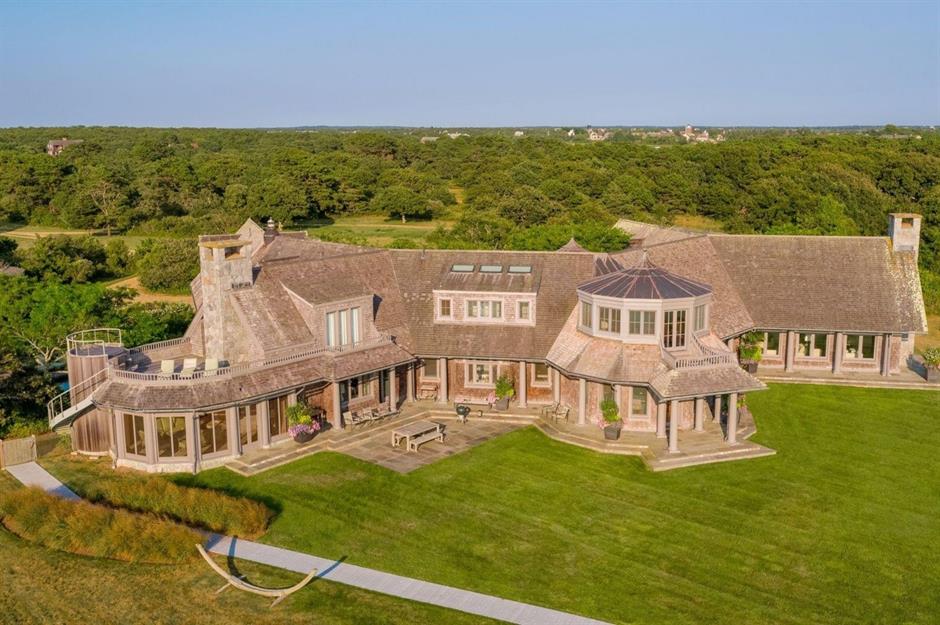 In 2019, former President Barack Obama and his family closed the offer on acquiring a waterfront home on Martha's Vineyard, an exclusive island off the coast of Massachusetts, for $11.75 million. 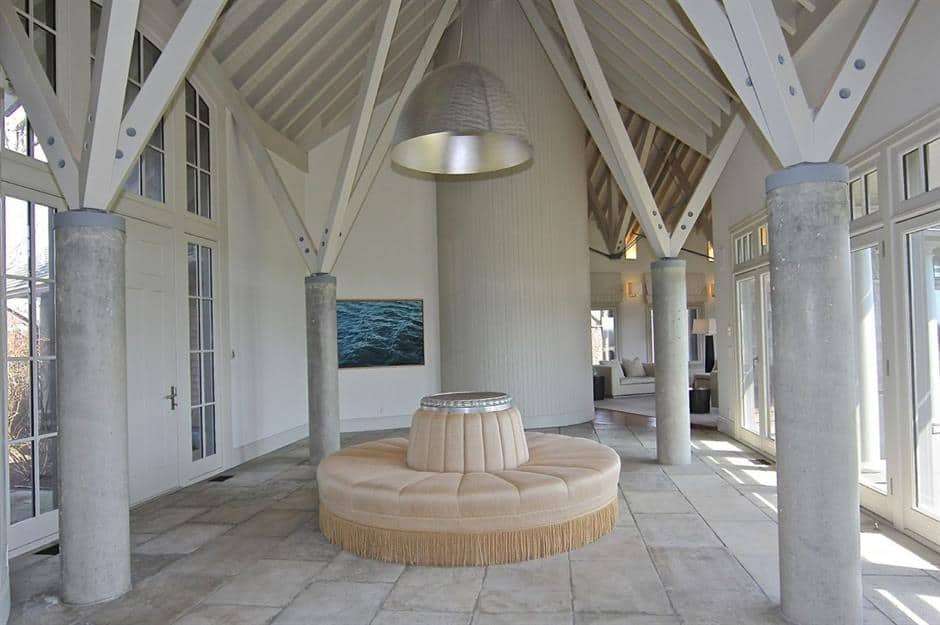 The enormous 6,892-square-foot home has views of the Atlantic Ocean and is situated on roughly 30 private acres fronting the Edgartown Great Pond between Slough Cove and Turkeyland Cove. 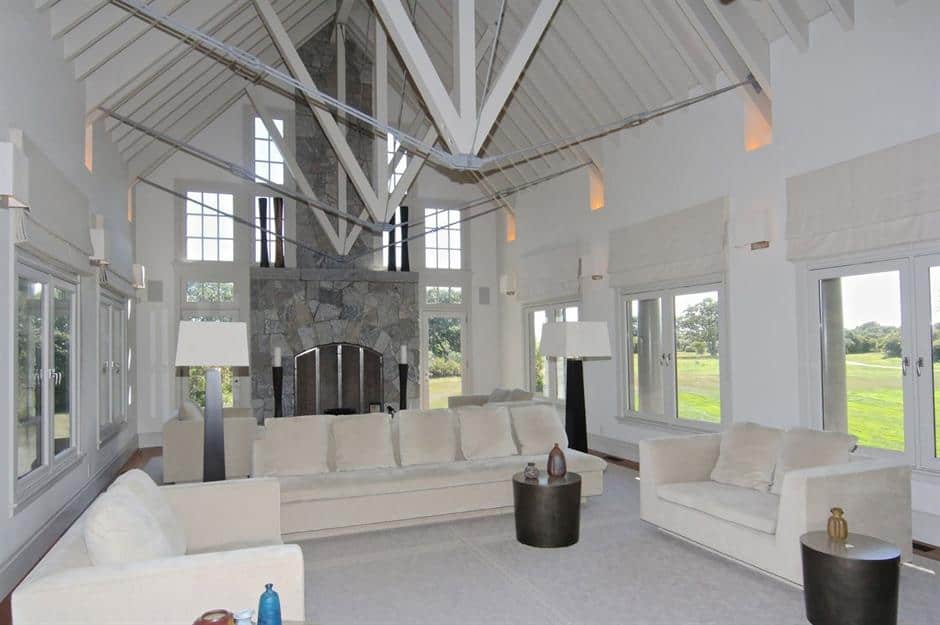 The house, which Taylor Lombardo Architects designed in San Francisco, was constructed in 2001 by John Early, a renowned and highly regarded Island builder. The location is undoubtedly unique, and its interior might not match your expectations. 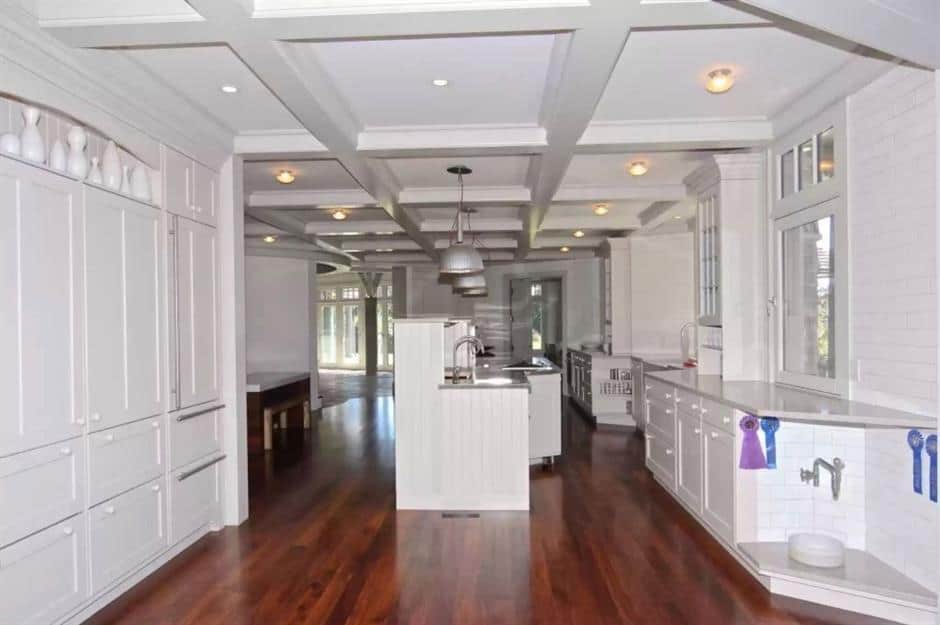 The contemporary house has an interior area of about 7,000 square feet. Nearly every room is furnished with whitewashed walls and timber floors, and classic features like paneled walls and coffered ceilings enhance the home's seaside charm. 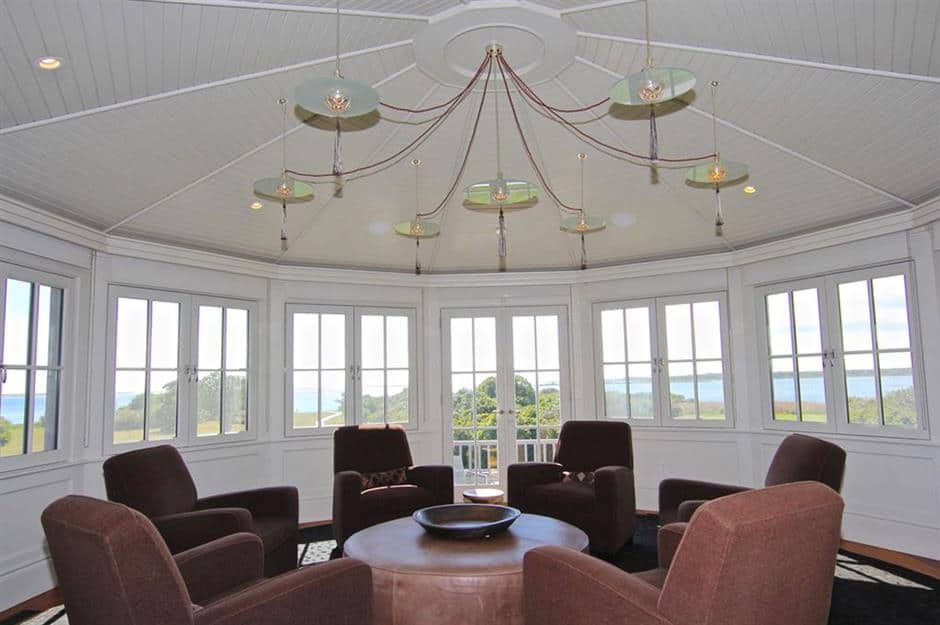 Towering structural beams and arched ceilings can be seen in the living room and main entry, while glass walls provide a variety of views. 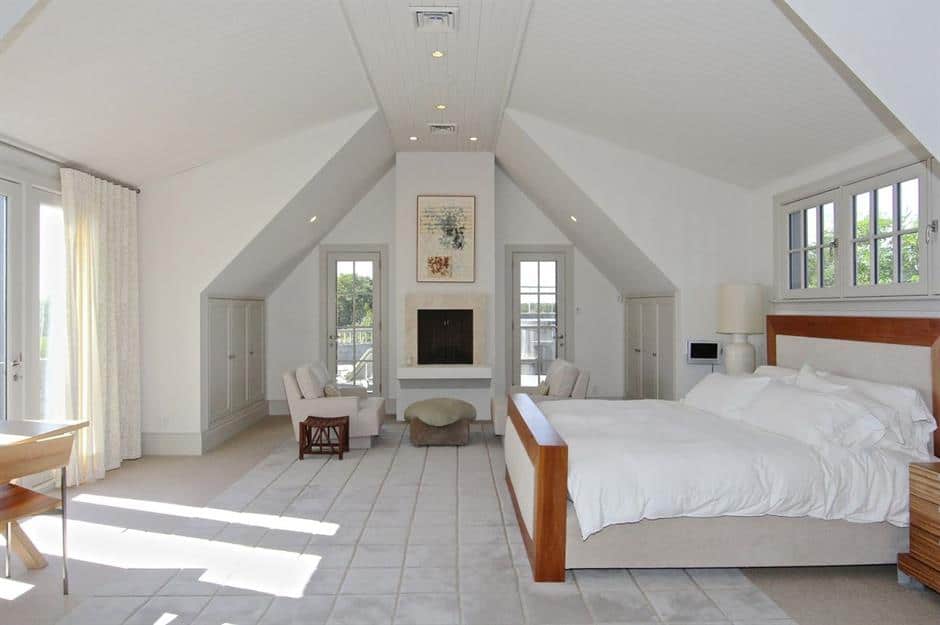 The house has multiple stone fireplaces, seven bedrooms, and eight and a half bathrooms. There is a pool, a detached barn, and a two-car garage. According to the description on LandVest, the property also has direct access to the pond, a boat house, and a private beach with deeded rights. 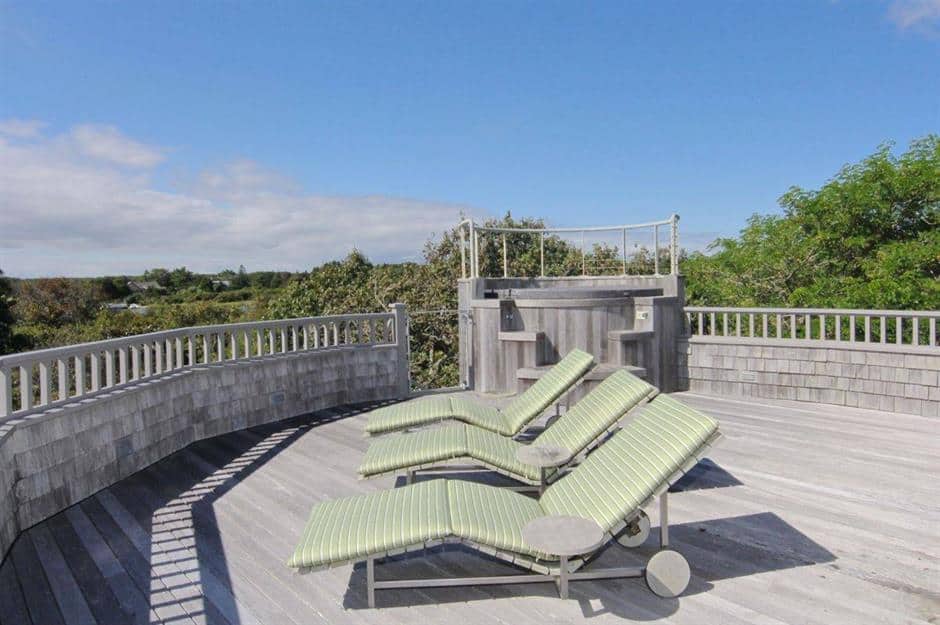 This house also has an undeniably modern feel to it. The home's living spaces seamlessly flow into one another to create an open-plan layout, and every room has been planned with entertaining in mind. A stylish kitchen with a dog washing station, a sizable family room that also serves as a games area, and a dining room with garden views are all there. 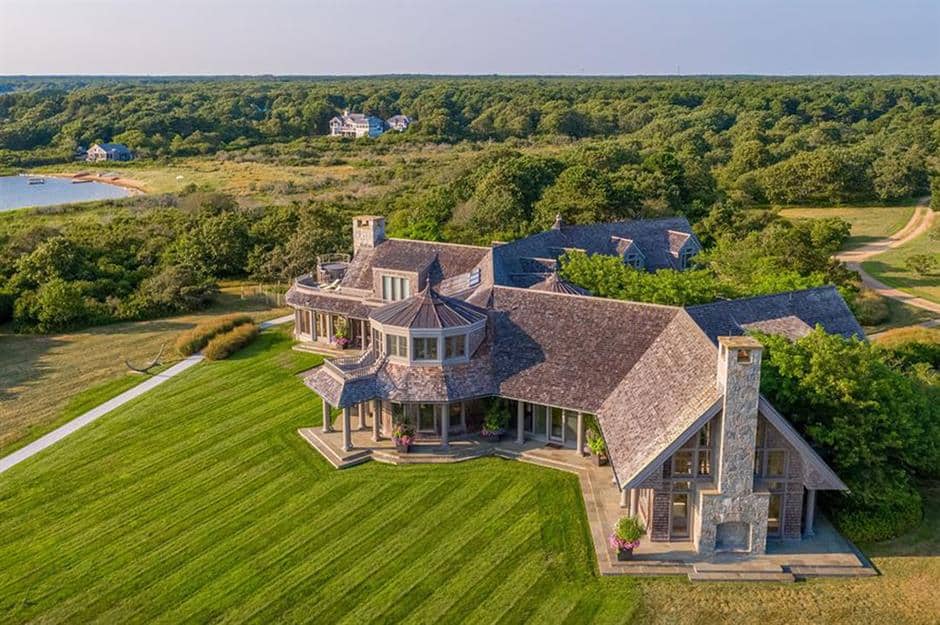 This gathering spot appears to be the ideal location for some post-dinner conversation because it offers stunning waterside views. The Obama family's two girls, Malia and Sasha, enjoy the mansion's seven bedrooms, eight bathrooms, and several closets. The large master bedroom features a fireplace and a personal sundeck. 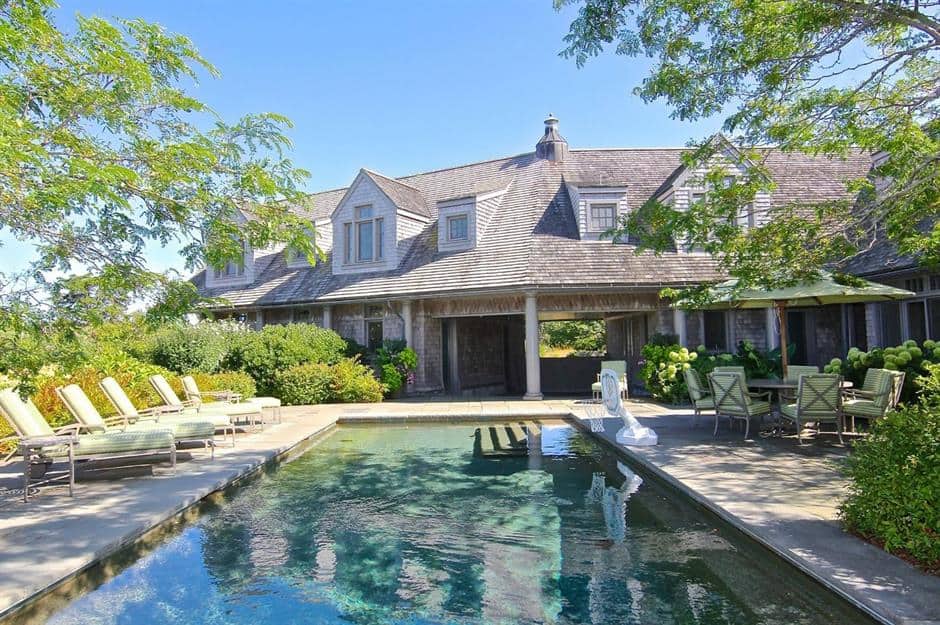 The rooftop deck provides breathtaking views over the island in other locations. A built-in hot tub and sun loungers are available on the terrace, making it the ideal place to unwind in the evenings while gazing at the stars. 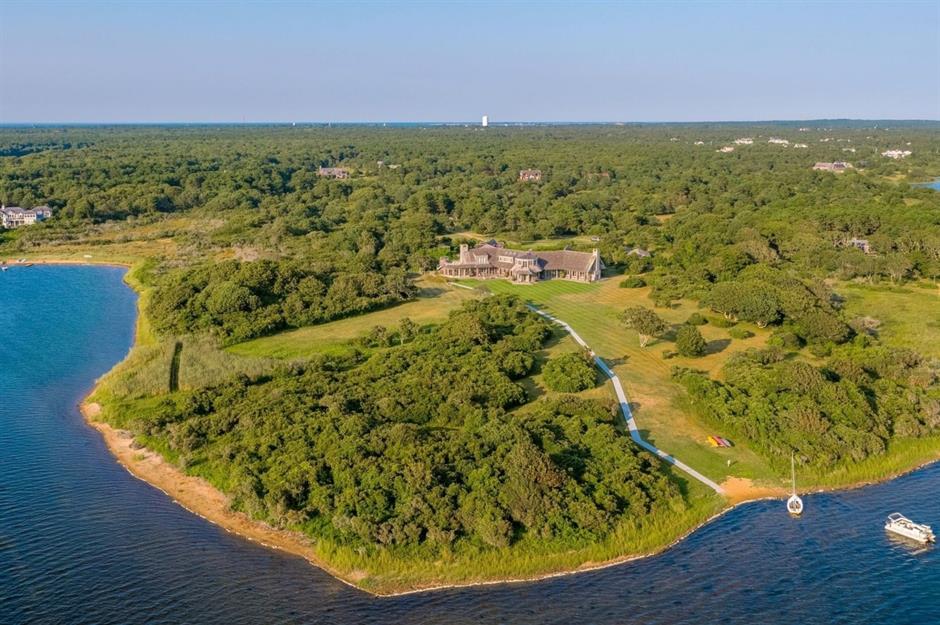 The Obama family has made Martha's Vineyard an annual vacation destination since their tenure in the White House. They are now establishing ties to the lovely villa they rented during the summer. You can see how private and isolated the Obamas' new house is from above. It has a great location near wooded regions and beaches.

Barack Obama has added real estate to his six-figure presidential pension since leaving office in 2017. The 44th president apparently makes up to $600,000 per speech, which has helped him supplement his six-figure pension quite nicely. It goes without saying that he has amassed some very outstanding real estate assets thanks to this generous income.