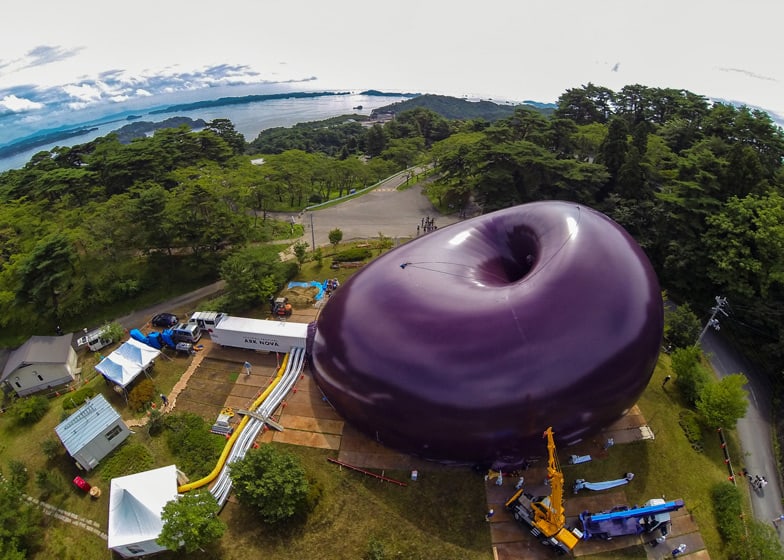 🗓️👀2023’s Most Anticipated in Architecture

GM, architecture aficionados ☕️
new year, same newsletter bringing you what’s good in architecture and design around the globe 🌎✅
this year, my resolution is to contribute about 5 mins per week to your procrastination so you can hit peak productivity:

so, what’s good? glad you asked:

→ Remembering the Legacy of Arata Isozaki ✊🙏

→ Drop it Like it’s Hot: Another New Structure of the Week 🔥🥵

Japanese architect Arata Isozaki passed away on December 28, 2022, leaving behind a legacy of awards, honors, and of course 100+ buildings designed.

Over at Dezeen, they dropped a stellar list of 11 signature Isozakis. Here’s what I think are the top 3:

The Museum of Modern Art, Gunma

Click the link for all 11 and the story behind each one. Isozaki was a legend and today we pour one out for a real one.

In 2022, I filled you in on what was going on with Neom and The Line pretty often. In 2023, I am here to inform you that Saudi Arabia is still up to their surreally ambitious plans, Saudi Arabia’s public investment fund is deep into considering a 2km megatall tower— it would be more than double as tall as the Burj Khalifa in Dubai, and rumor is that it could cost over $5B (yes B, not M) to construct.

The city of Tartu in Estonia is officially launching a competition for the city’s downtown cultural center. About as central as central gets, if you wanna get in on this, you design an overarching structure for the Library, Museum, an event center, and some other little things as well– they want a park landscape + public space for people to hang, too. It’s a beautiful riverfront locale and a gorgeous historic city. We’ll see who comes through.

It’s that time of year— all the publications are dropping their lists of what’s best of what’s on the horizon. Basically, a lot of buildings are slated to be completed in 2023, and there’s some good stuff to look forward to. Dezeen and World Architecture both made their calls, and here’s my top 5: the best of the best.

The Pyramid of Tirana, Albania, by MVRDV

“Impossible to categorise with any single stylistic label, Isozaki was a constant presence in global architectural culture for the second half of the 20th century, after he first came to prominence in the 60s with visionary, almost sci-fi schemes for how Japanese cities might be rebuilt after the second world war.”
→ Olly Wainwright’s beautiful and informative obituary for Arata Isozaki is worth a look
“Jesus, do tech bros get claustrophobia when they enter rooms smaller than an airport terminal?”

Drop it Like it’s Hot: New Structure of the Week 🔥🥵

Vincent Callebaut Architectures’ 21-story carbon-absorbing tower in Taipei has been complete for a couple years now, but has recently been getting some more attention. Worth featuring.